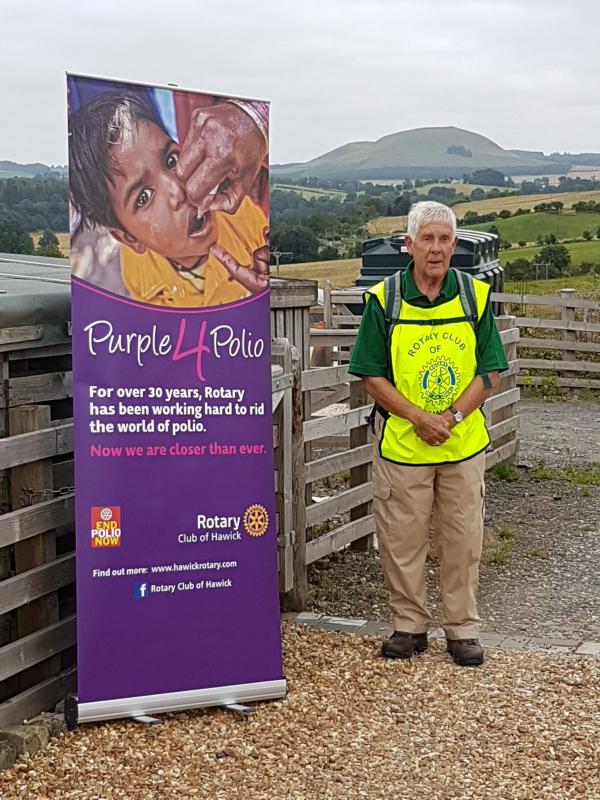 After the business end of the meeting was concluded, our secretary and immediate past president, Ron Smith, gave an interesting presentation showing a pictorial progress of his recent walk from his home at Westcote to climb each of the Minto Hills before arriving home in less than 6 hours, including a picnic stop with other Rotarians and his wife Eileen atop the hills. They were so lucky that the weather was ideal.

Pat Sutherland walked the whole way with Ron - and he admitted that he was very grateful for her company - whilst her husband Ron Sutherland popped up on occasion to assist with navigation around the hills as well as to take photo shots of the party, many of which were used in Ron Smith’s presentation. Rotarian Linden Warburton with her husband Tony, as well as Rotarian Gus Neilson, also accompanied the walkers for part of the Challenge, while other Rotarians such as our President Scott Elliot and George Hogg came along to show support as well. It was agreed by those taking part that it had been more difficult to descend the hills than to climb them!

Ron told us that he had so far raised just over £1,300, which is fantastic. His Just Giving page is open for another week at https://www.justgiving.com/crowdfunding/ron-smith-minto-challenge

If anyone reading this has thoughts about joining Hawick Rotary, we would love you to come to one of our meetings. Please contact Vice-President Jane Cox on 01450 379171.