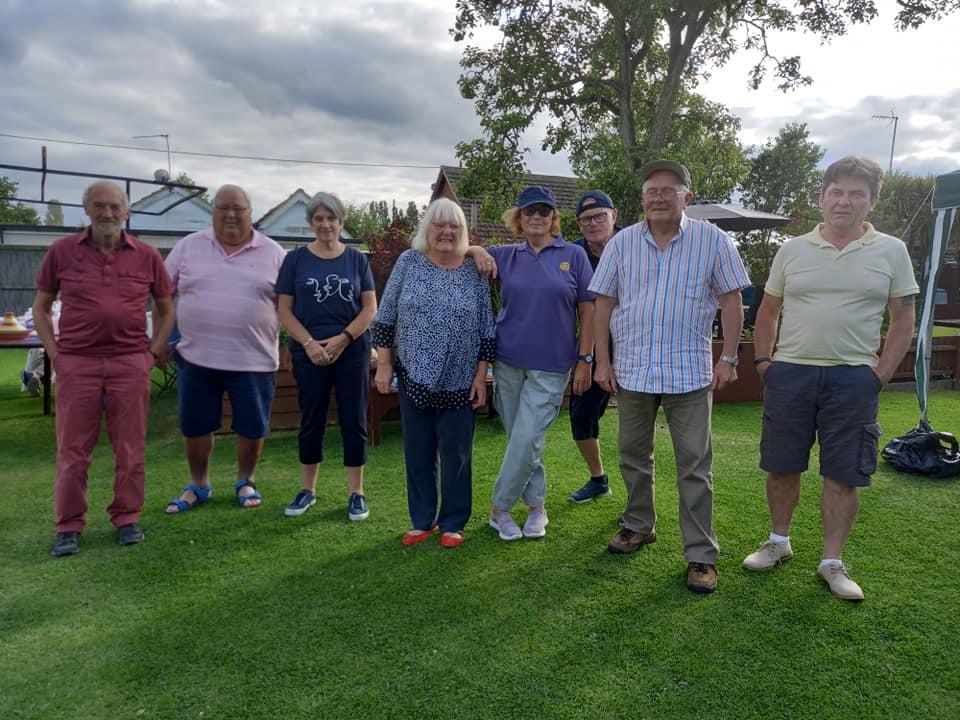 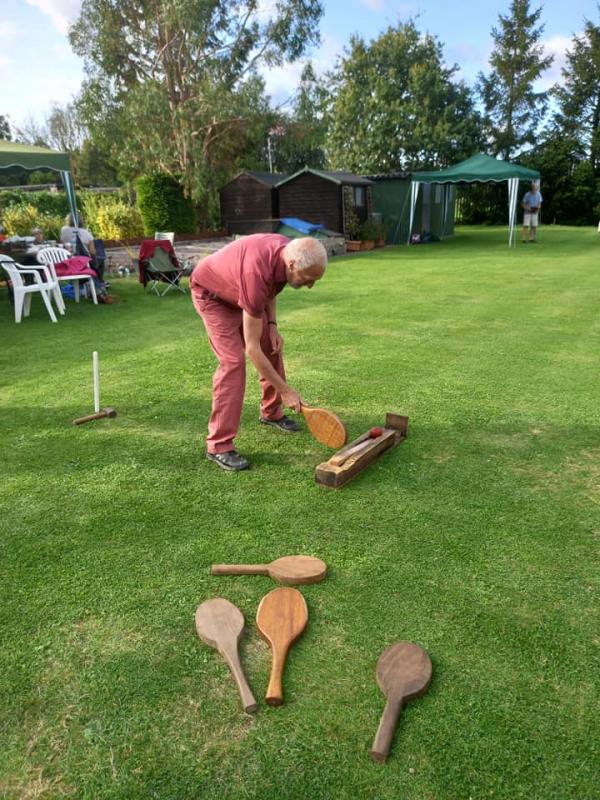 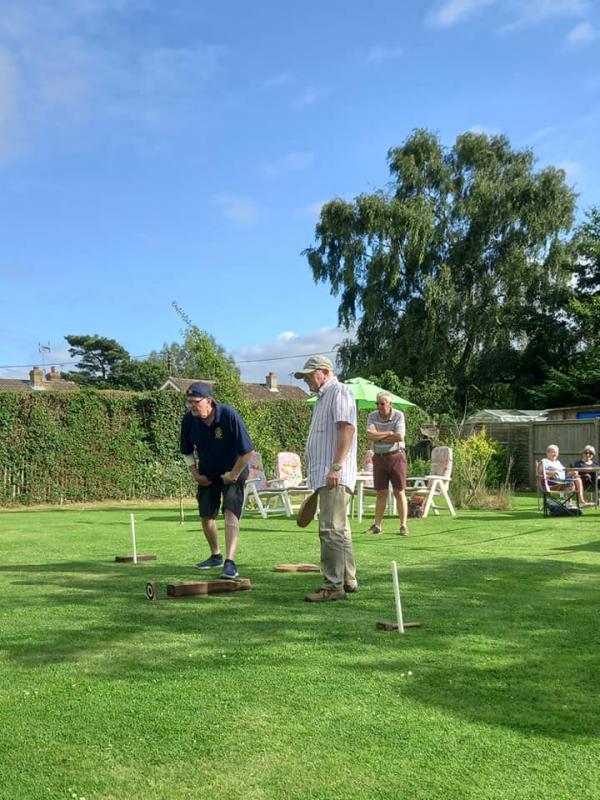 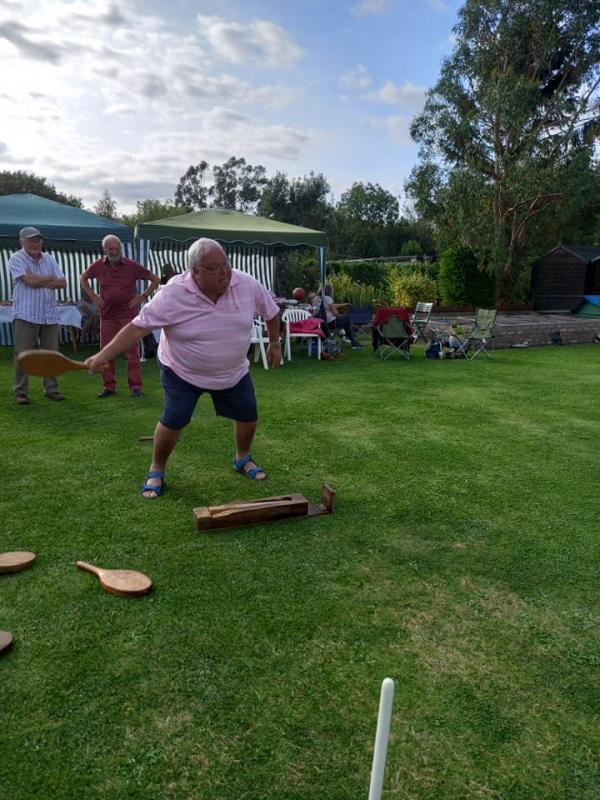 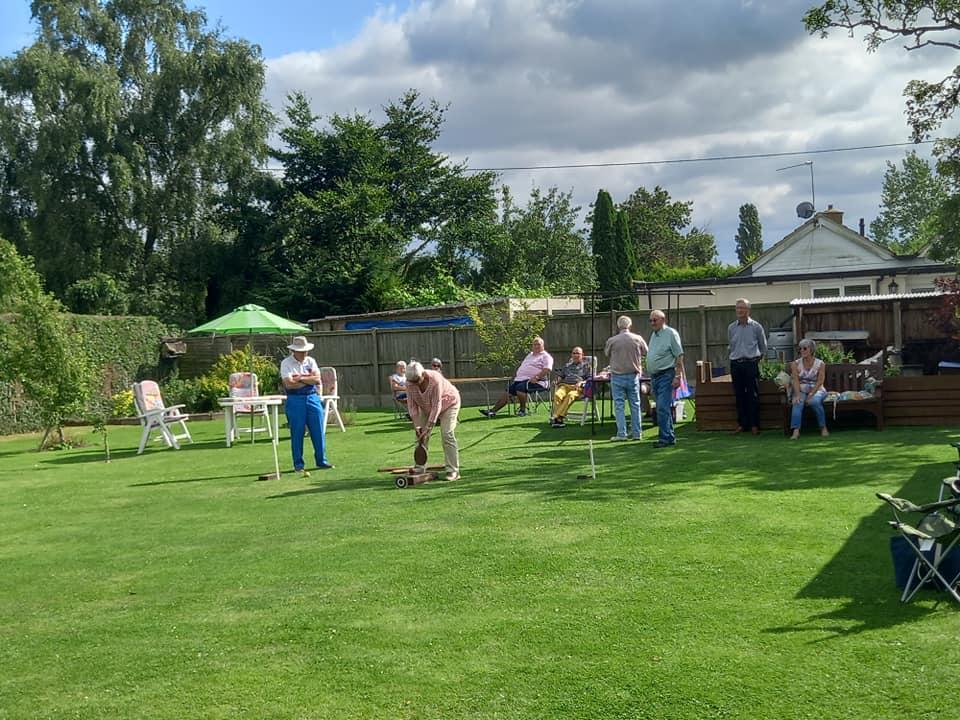 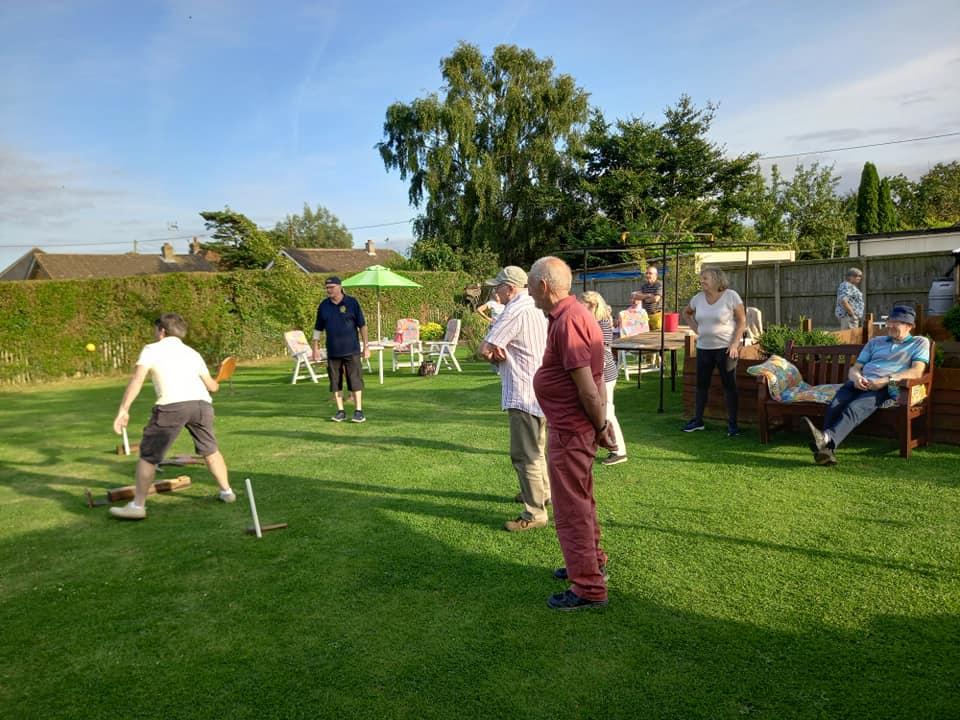 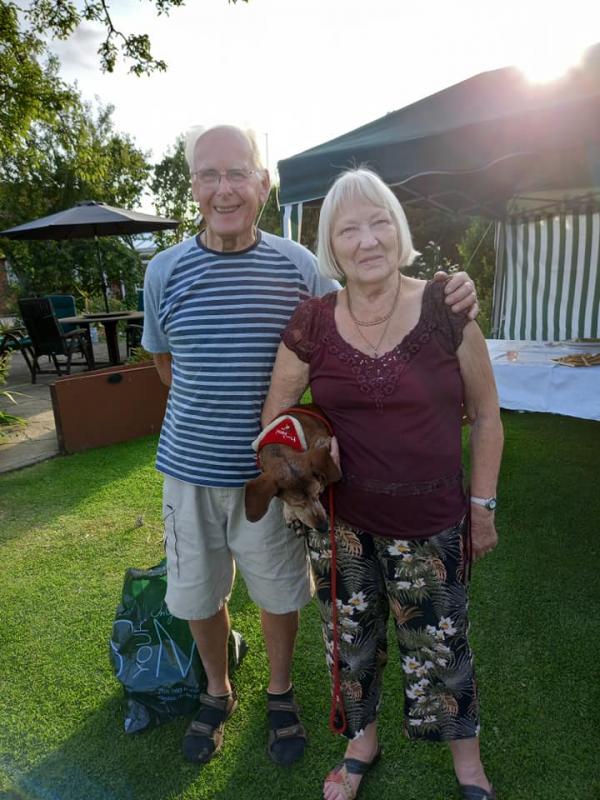 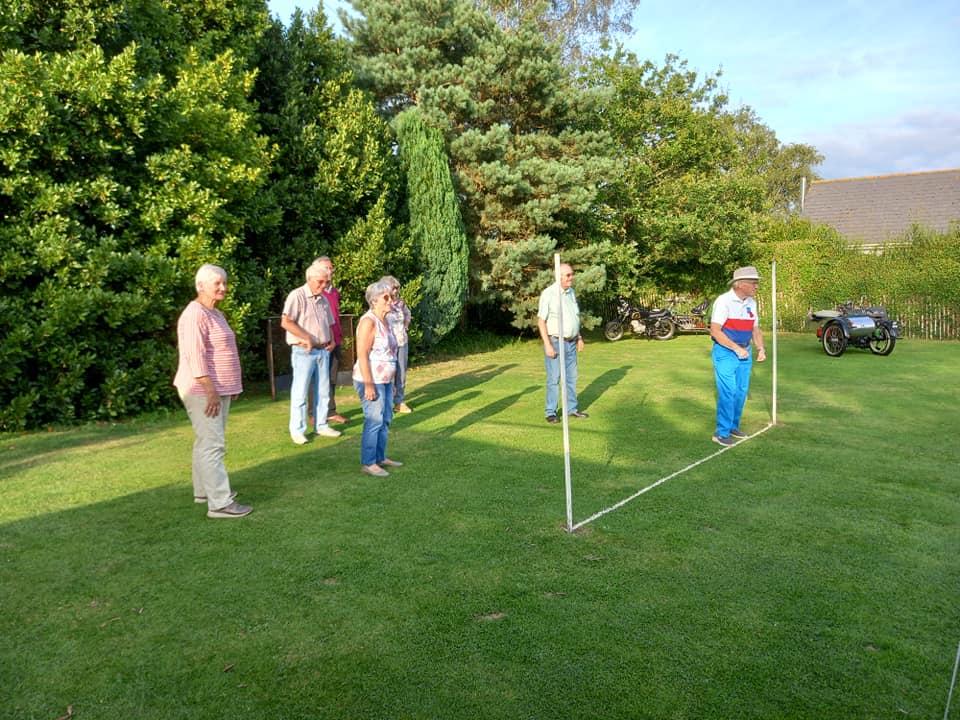 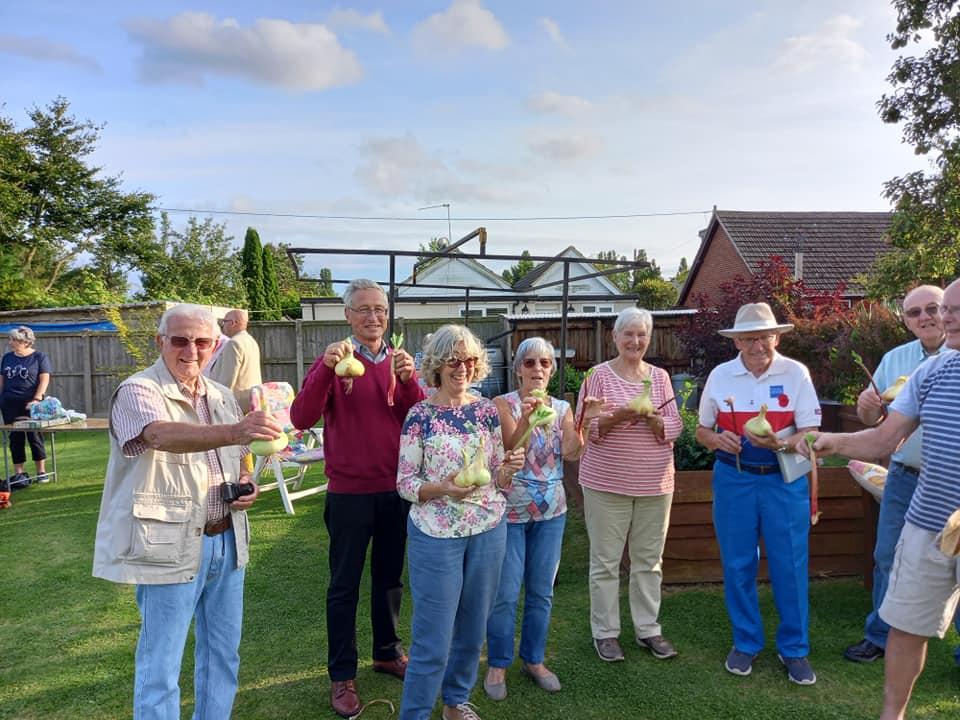 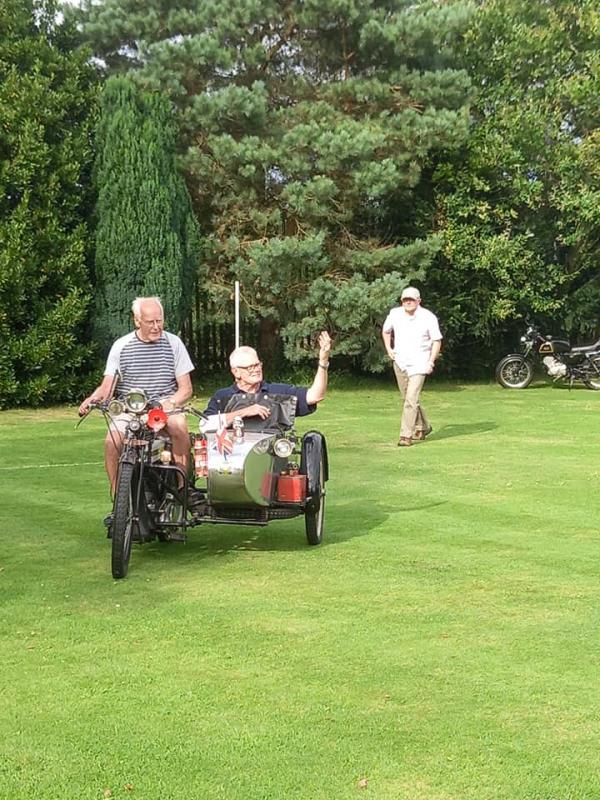 A brilliant afternoon was had at a bat and trap challenge with Canterbury Royal British Legion in the huge and beautiful garden of Dickie and Sheila Mummery at Dunkirk.

There was a lovely tea, with a raffle and refreshments. This raised raised funds for the Legion.

There was a prize of wine for the winning team (which turned out to be our club!!!)

The losing team was rewarded with, no less, some of Dickie Mummery's giant onions! Hope they had giant appetites.

There was a bonus for some with a sidecar ride on Dickie's 1917 WW1 motorbike. This was the same motorbike which he kindly loaned our club for our Pop up Santa fundraising events at Christmas 2020.

back Come from all walks of life, some working, some retired. We all very much enjoy a personal sense of fulfilment in being part of a vibrant club making a big difference.