Handover of cheques as donations from Hawick Rotary 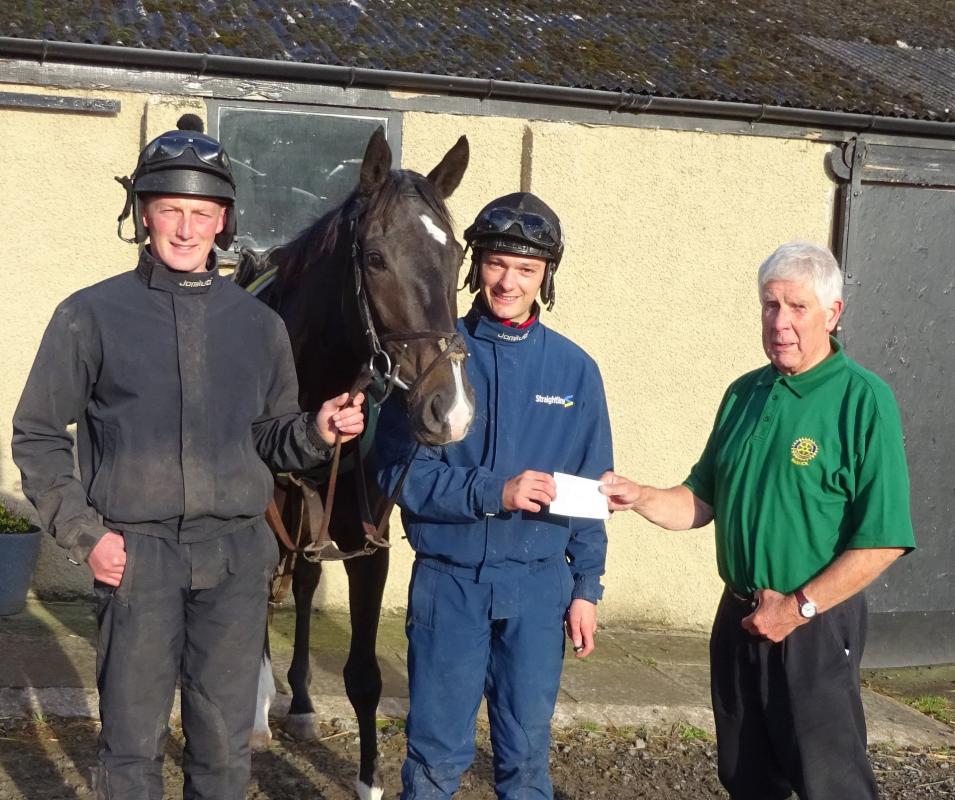 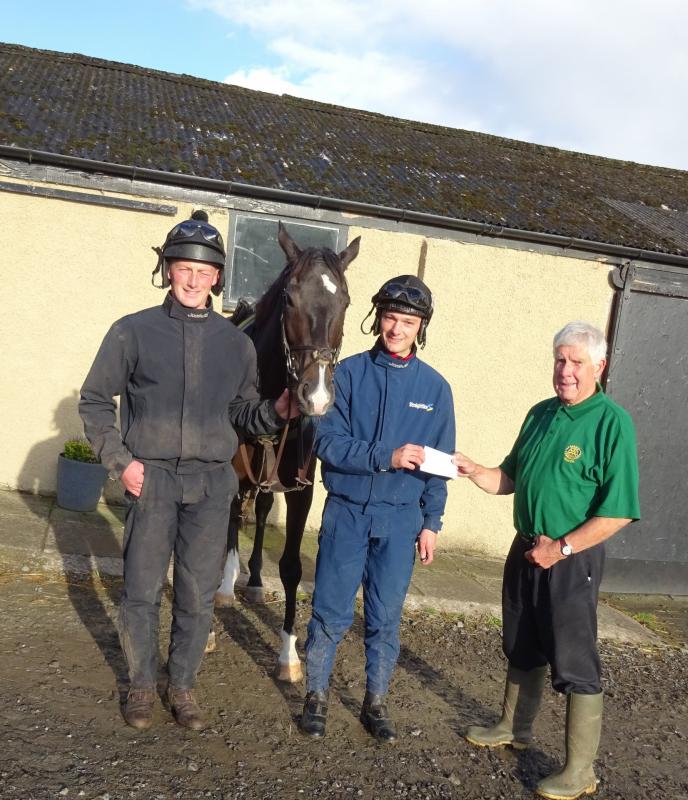 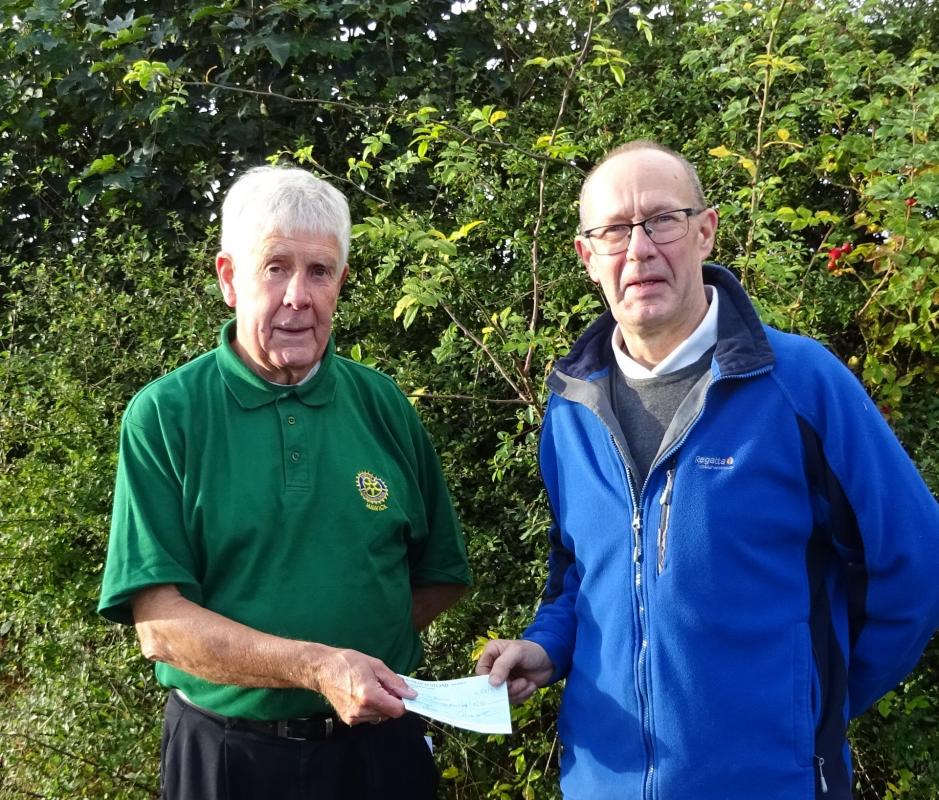 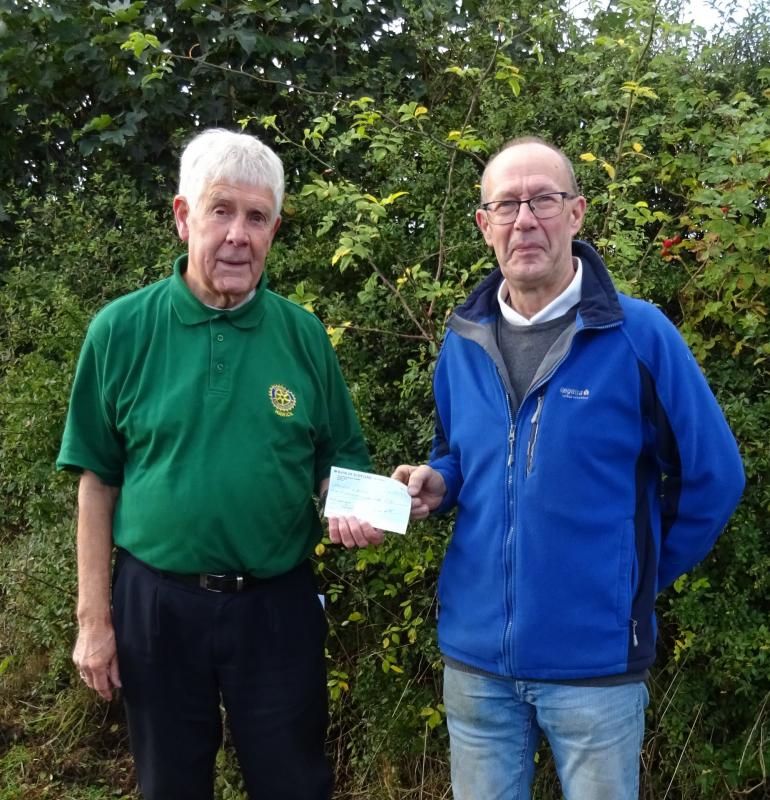 As a result of Hawick Rotary secretary Ron Smith's Minto Challenge which raised £1700 for the Club's Charity Account, five donations of £250 each have been made to Borders Talking Newspapers, Borders Womens Aid, Hawick in Bloom and The Injured Jockeys Fund, as well as to Covax, the World Health Organisation fund which supports Covid vaccinations in poorer countries.

Hawick Rotary's donation to The Injured Jockeys Fund was handed over at Dodlands Steading to well-known local jockey Craig Nichol, who was accompanied by Dodlands' assistant trainer Callum Whillans. Craig commented that he had benefited greatly from this fund over the years. In recent times Aidan Macdonald and others have also been supported.