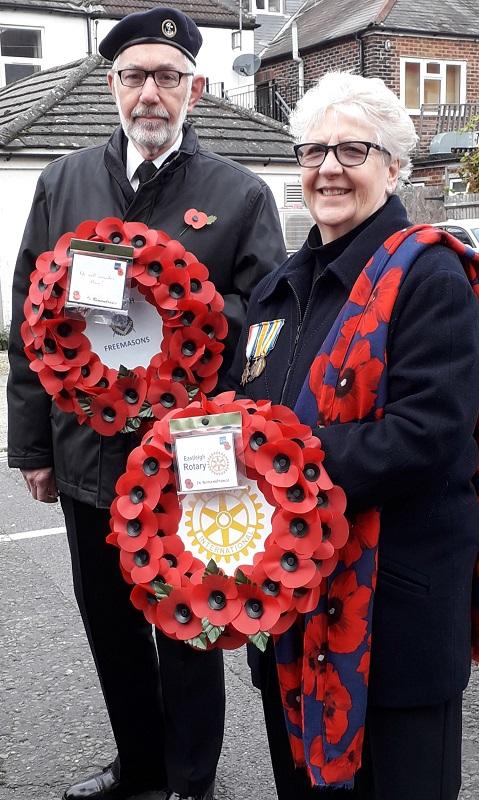 "Eastleigh Rotary took part in the Remembrance Parade and Service, organised by Eastleigh Borough Council. As usual the club commissioned a wreath from the Royal British Legion. President Mike was ill on the day, so President Elect, Val, carried the wreath for the parade and took part in the wreath laying alongside her husband Terry, who was laying a wreath for the Eastleigh Masonic Lodge. Club members Vilma and Ed also marched with club member Roger and Associate member Gail, joining the service at the cenotaph." 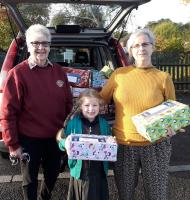 Santa on his new throne ...Cordoned off for COVID but with his new elf display .....and helpers ! 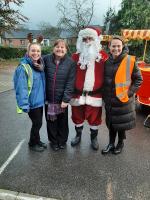 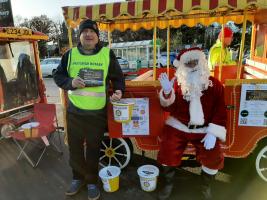 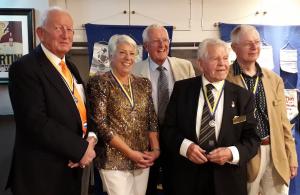 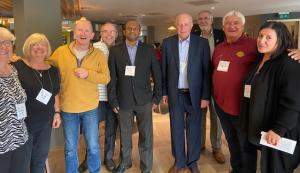 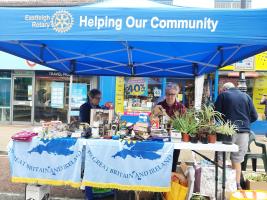 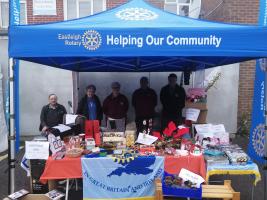 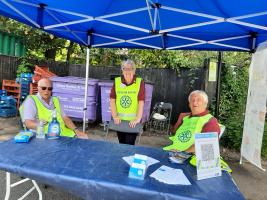