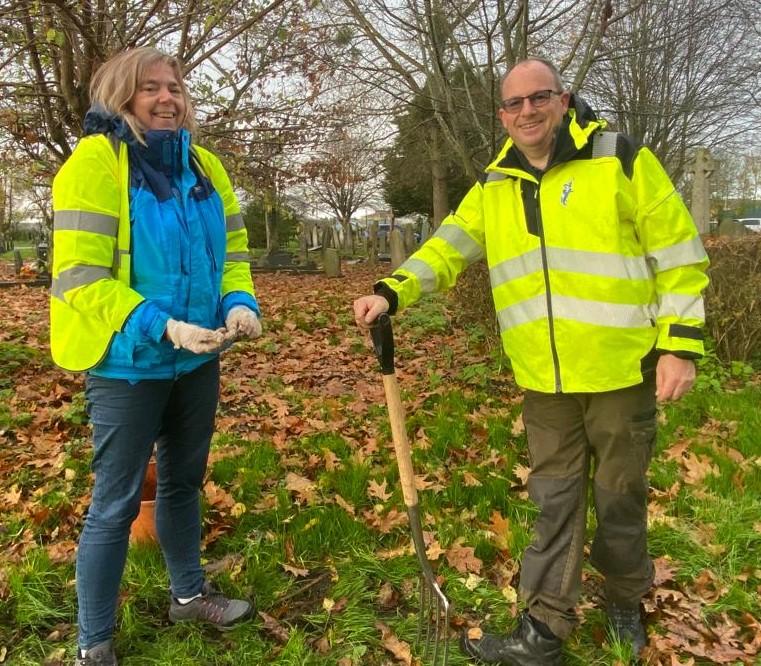 In each of the past 8 years members of the Rotary Club of King’s Lynn have planted some 4000 purple crocus bulbs in various parts of the town: along the main path in the Walks; at the South Gates roundabout; on the NORA roundabouts and along the main road; outside the nursery school at St James Park; along Boal Quay; and on Sunday 21 November along the verge outside the Hardwick Cemetery.

The bulbs are planted to draw attention to Rotary International’s support for the world-wide eradication of polio which has been a major aim of the organisation since 1985.  Over the years Rotary has contributed more than $1.6 billion to ensure the immunisation of more than 2.5 billion children in 122 countries.  Every child who is immunised has his or her finger dipped in purple dye.  Hence the planting of purple crocuses which come out in the spring in many parts of King’s Lynn.

As a result of the work of Rotary International and the Bill and Melinda Gates Foundation, which since 2013 has matched Rotary funding 2-1 up to $35 million per year, polio has been eradicated from all countries except Afghanistan and Pakistan.