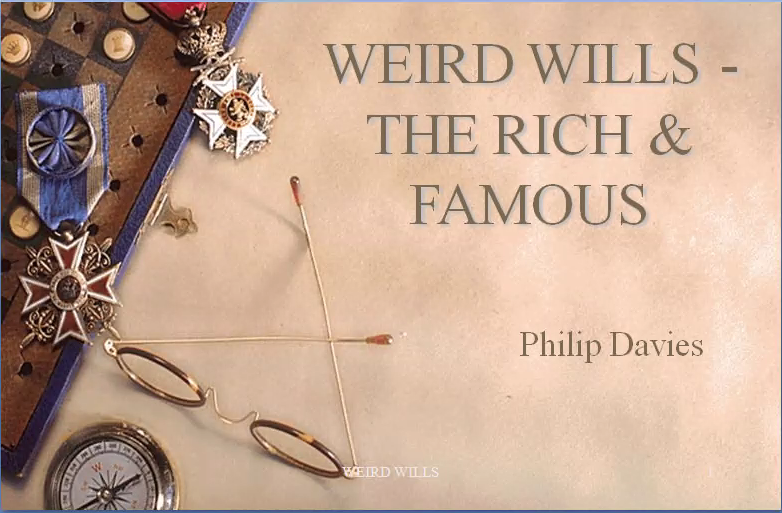 President John introduced Phil, a former solicitor, who gave a most interesting and entertaining talk - "Weird Wills of the Rich & Famous". 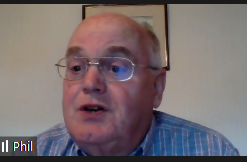 Phil told a number of amazing stories of some of the great actors, musicians, aristocrats and the just very wealthy who bequeathed their estates in remarkable fashion and with surprising stipulations. And indeed highlighted those that received very little or nothing at all!

Phil also talk us through lists of the highest earning dead celebrities over the years, including one with a Welsh connection who topped the list in 2021 - Roald Dahl.

In his final section Phil told us of someopf the celebrities who died intestate, a sombre reminder indeed to us all.

President John thanked Phil for a wonderful talk which raised many a laugh and resulted in Phil being asked to make a return visit, hopefully in person next time.