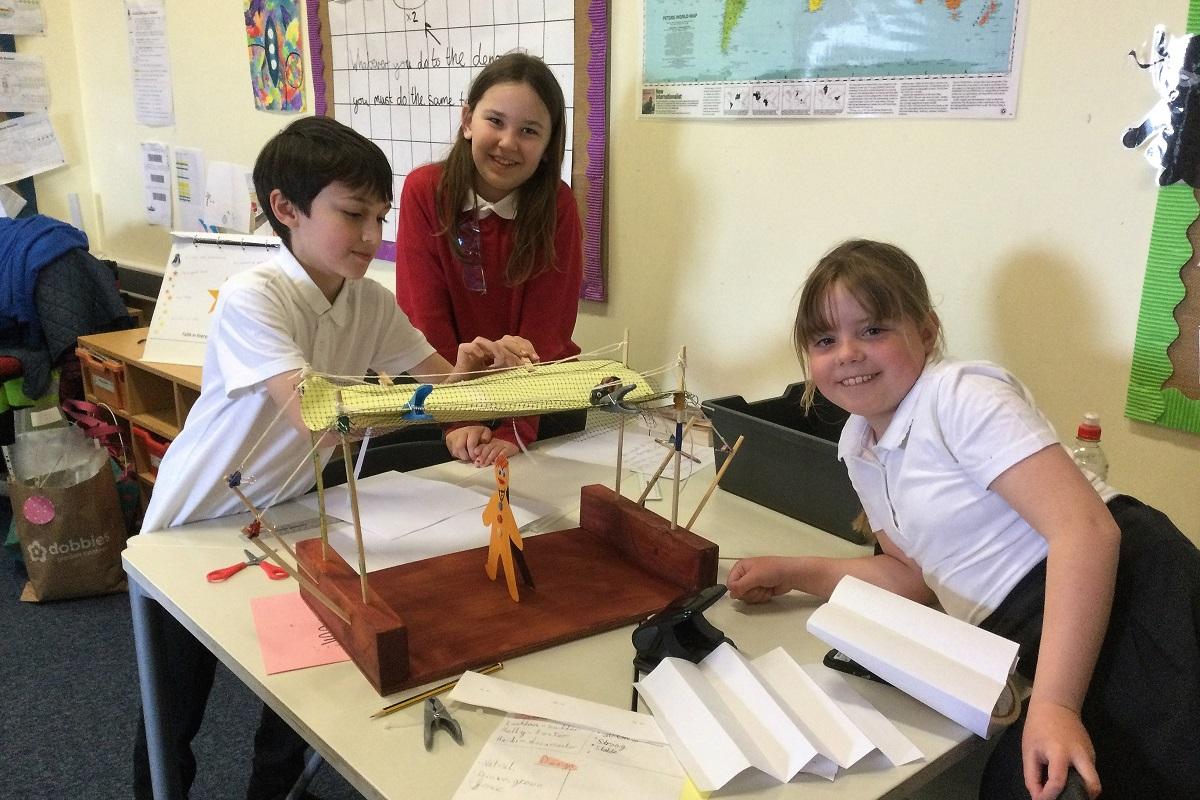 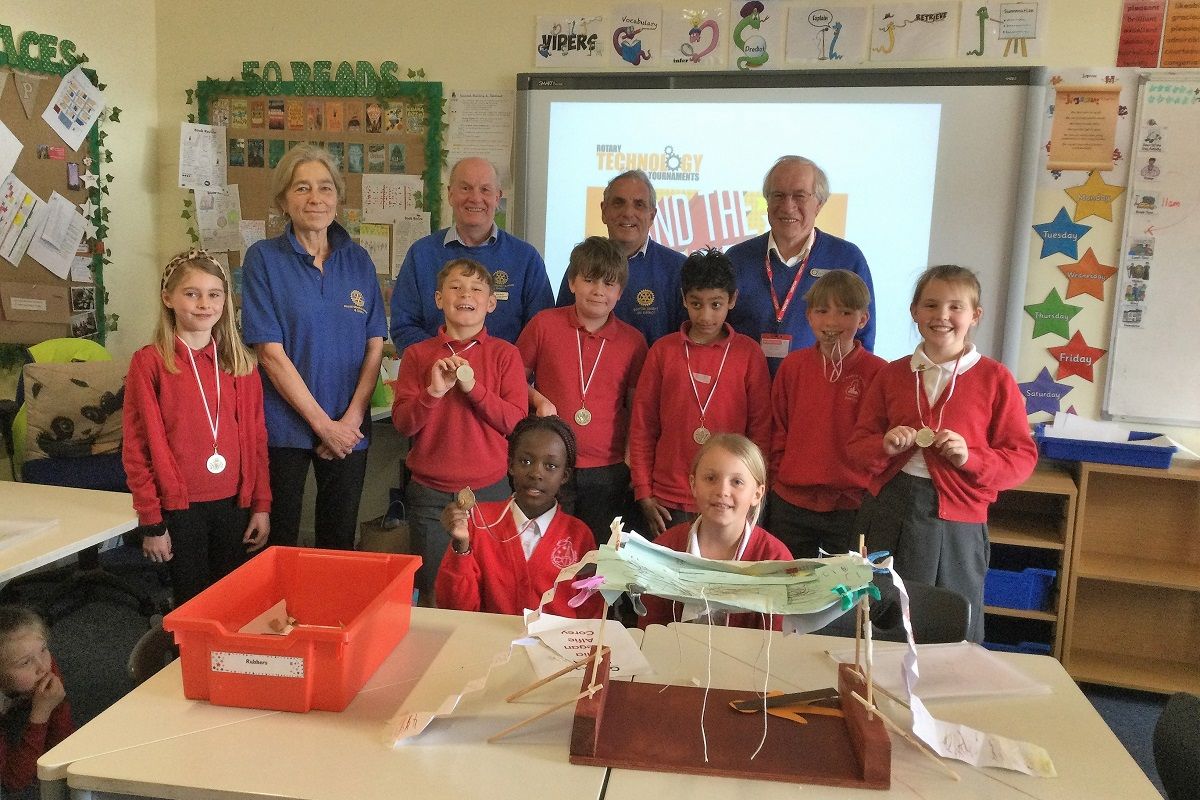 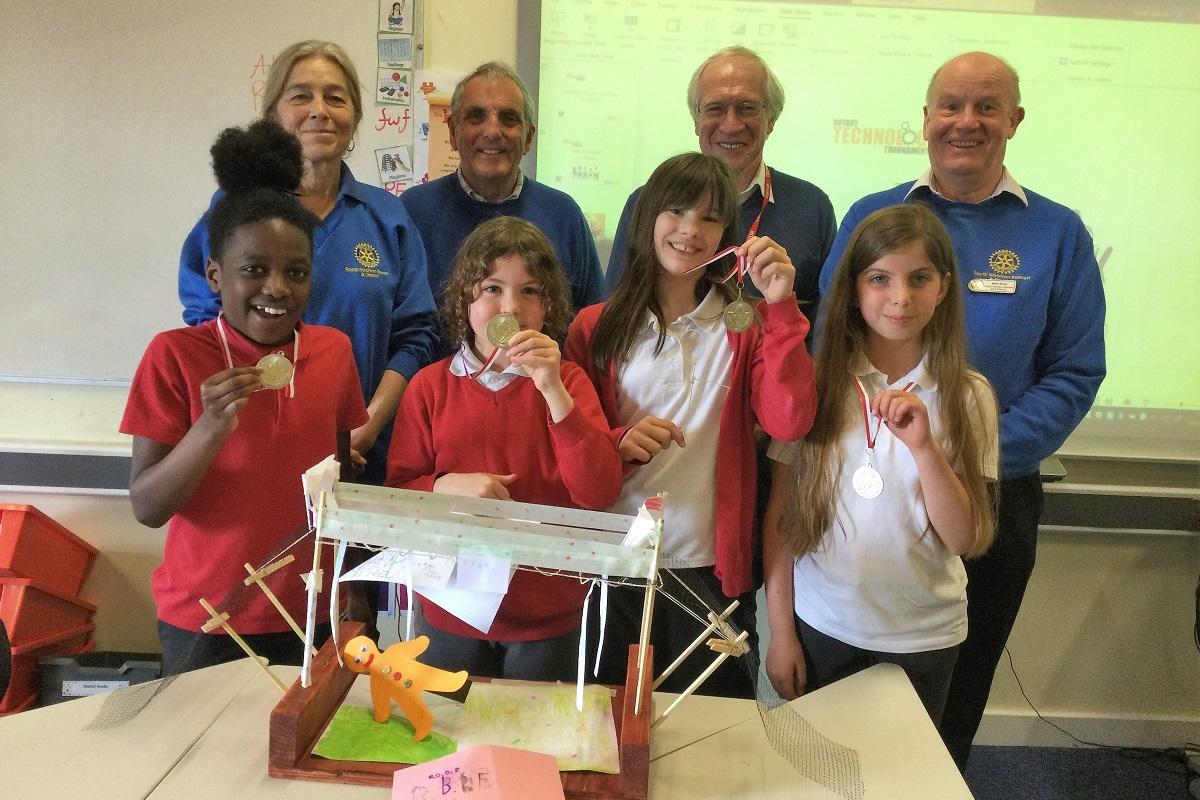 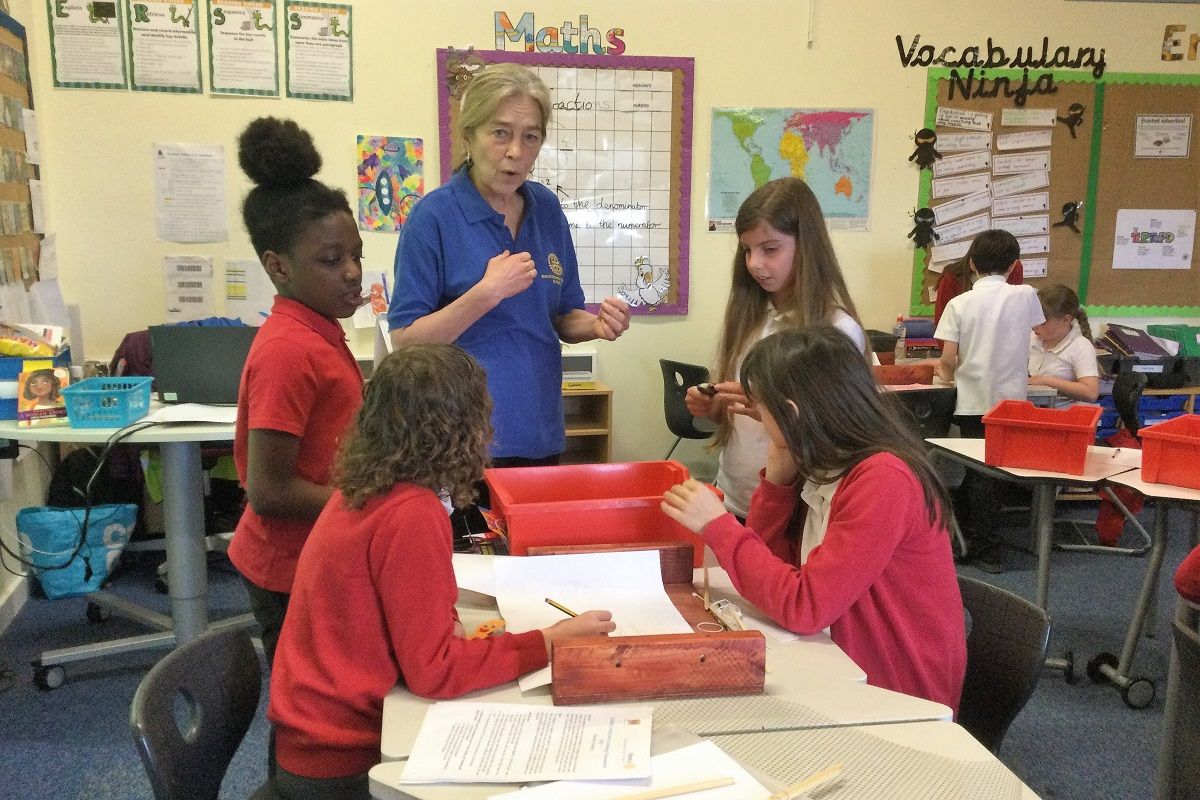 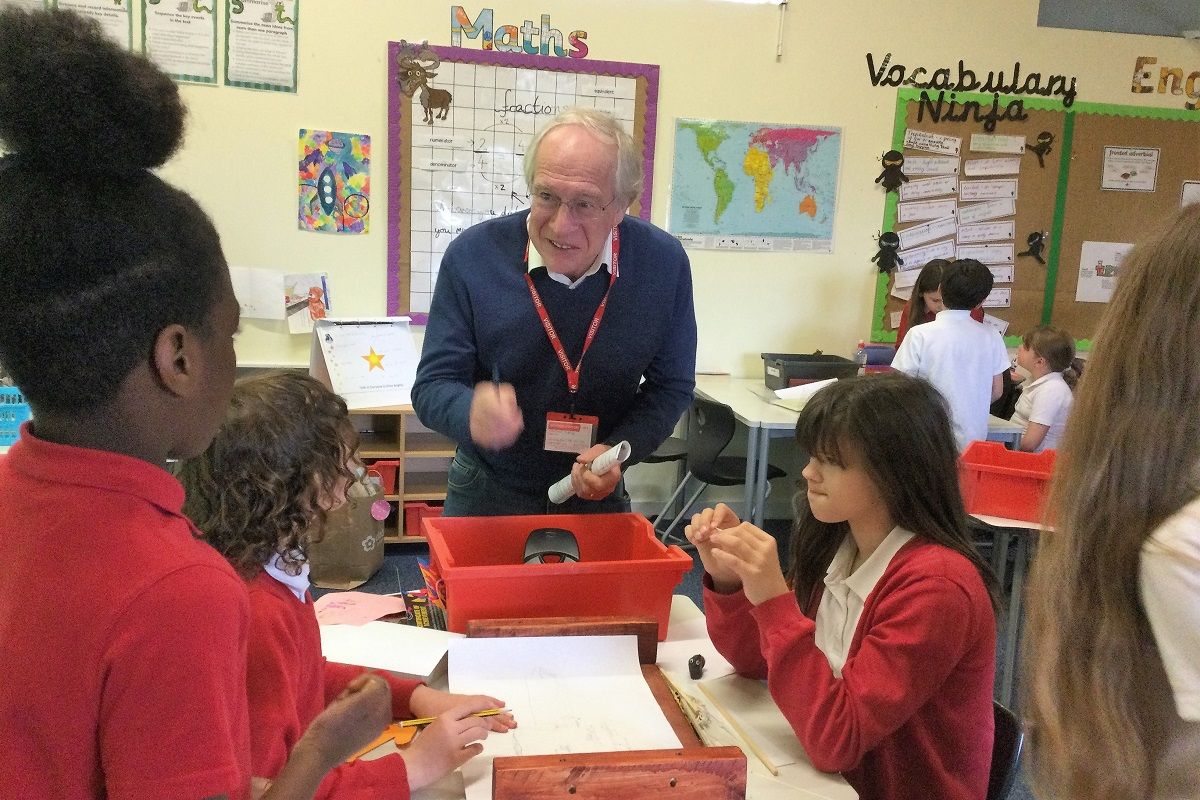 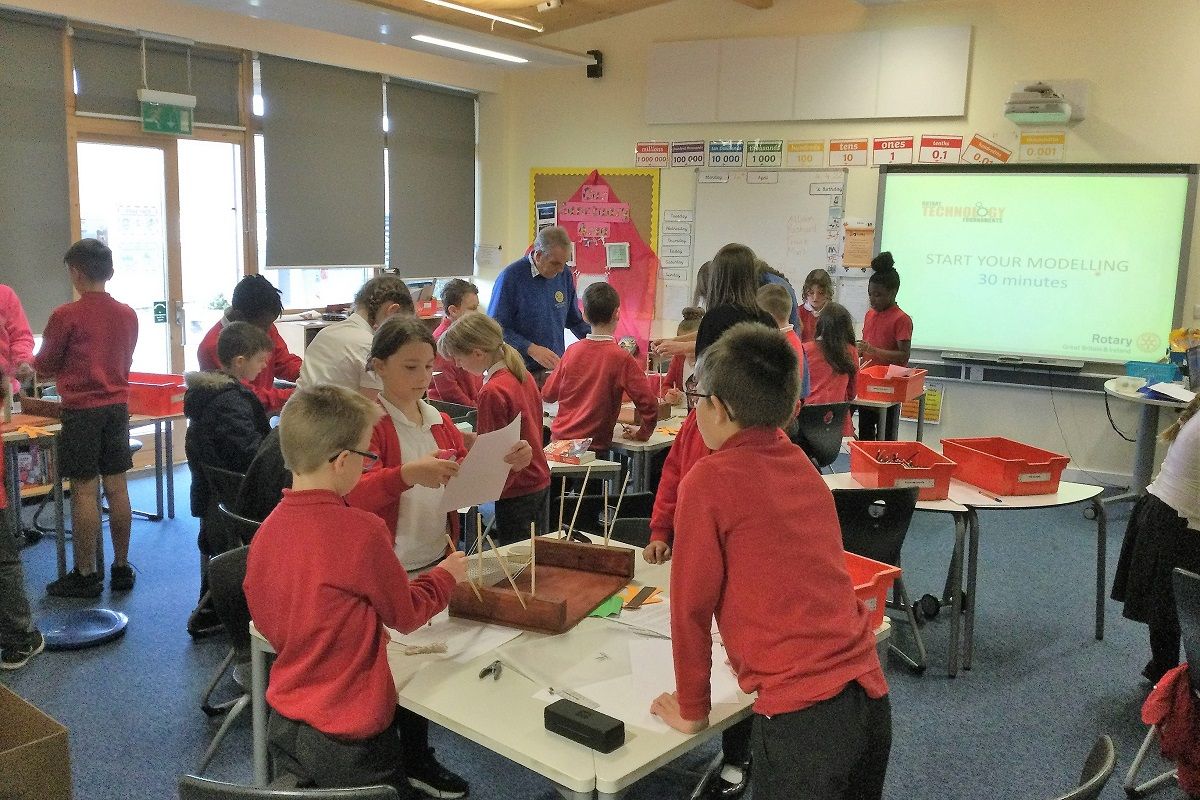 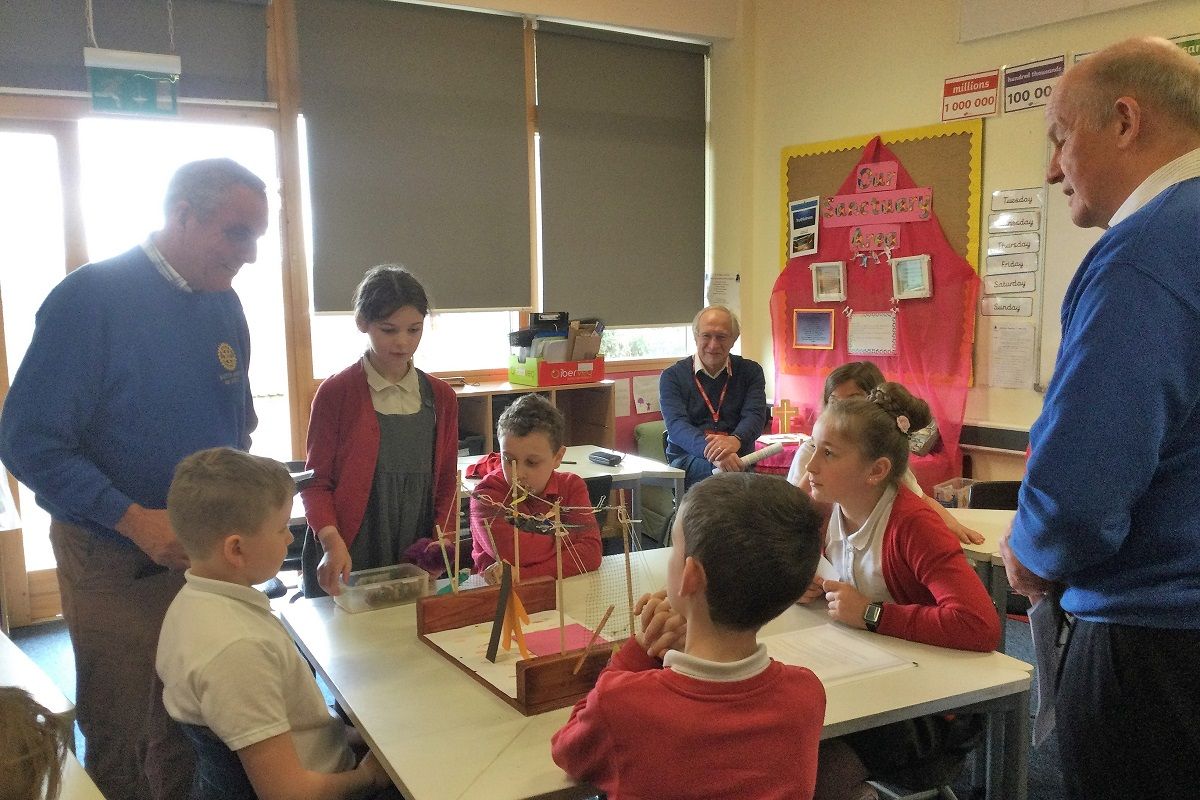 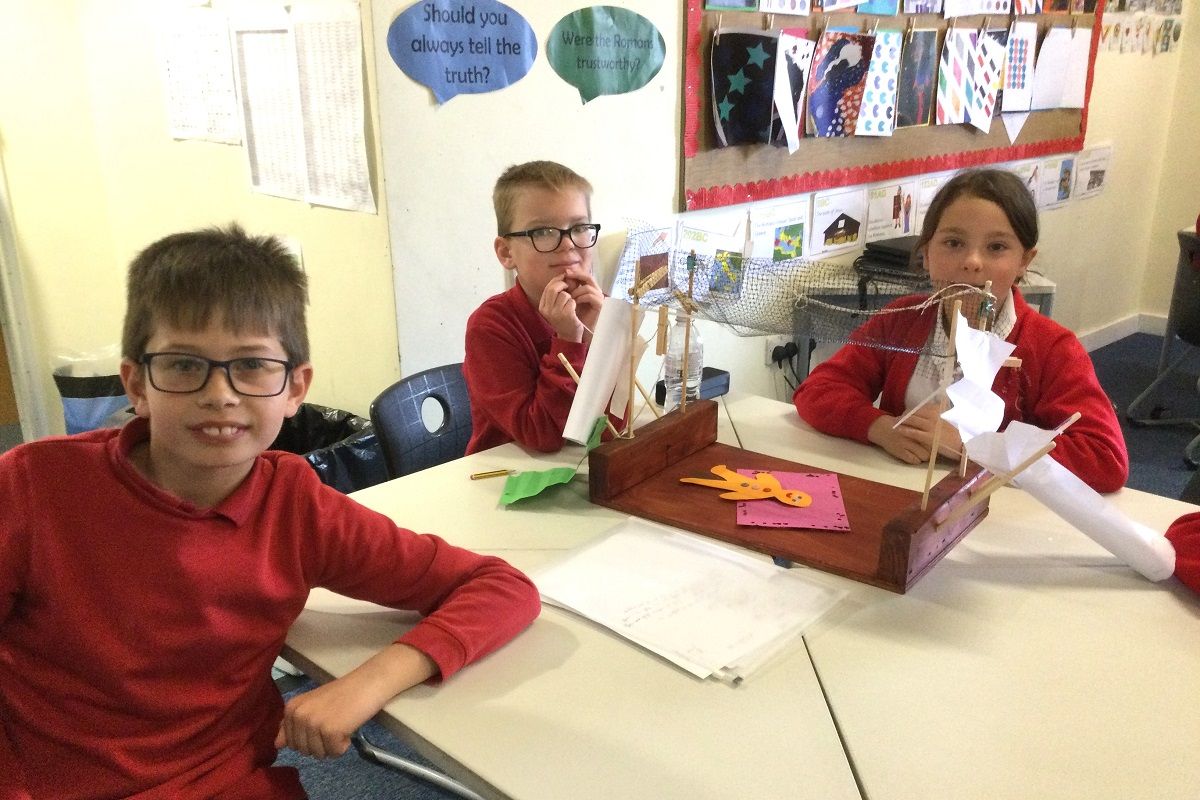 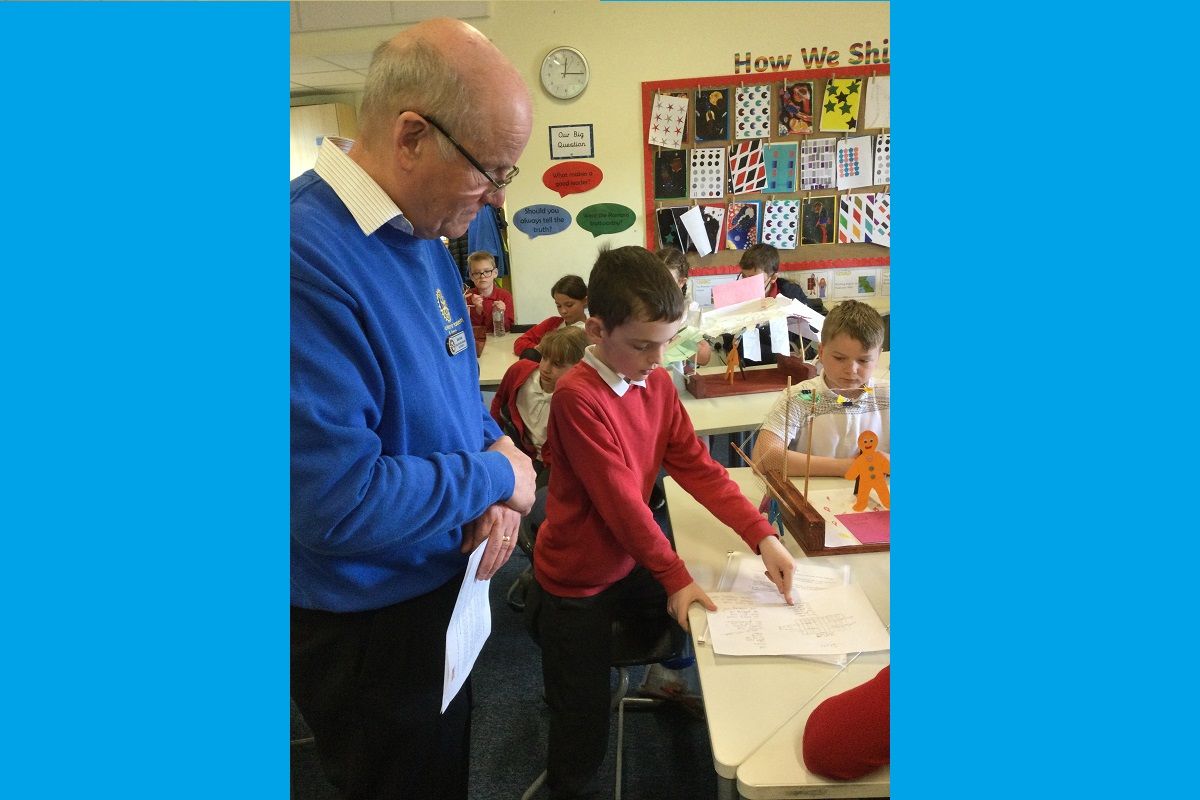 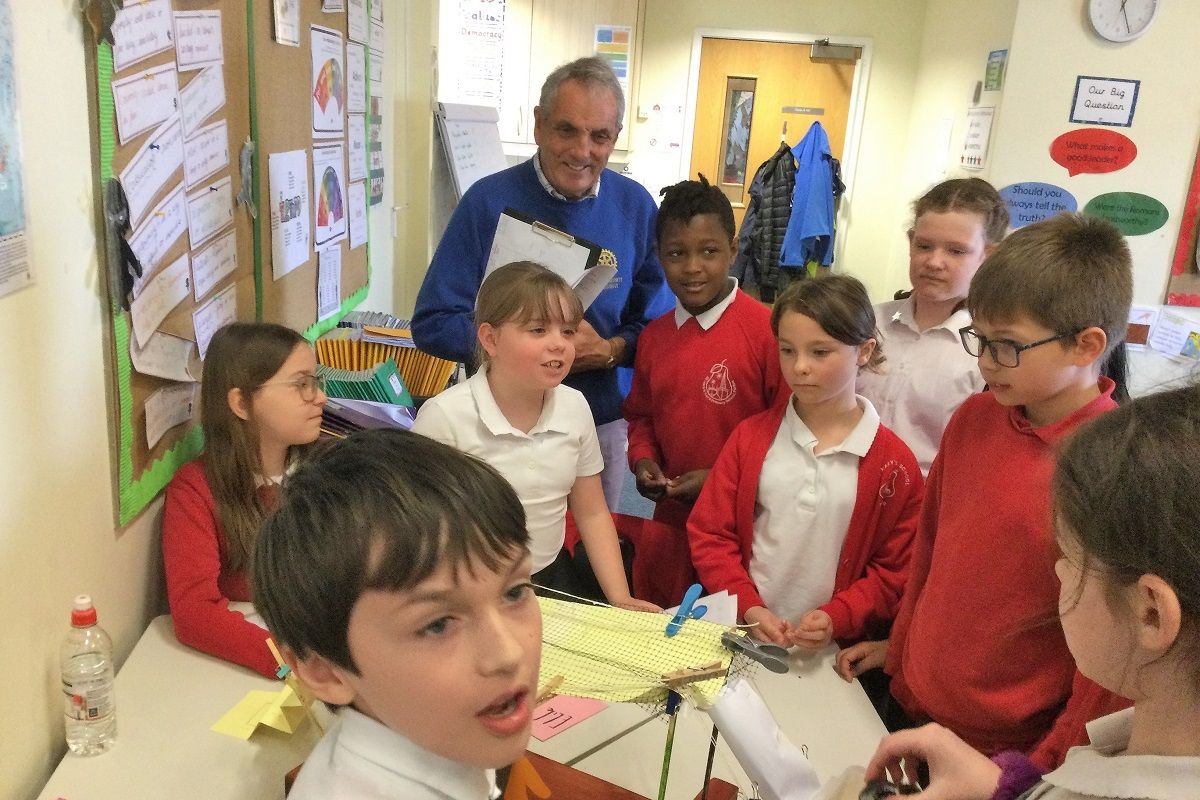 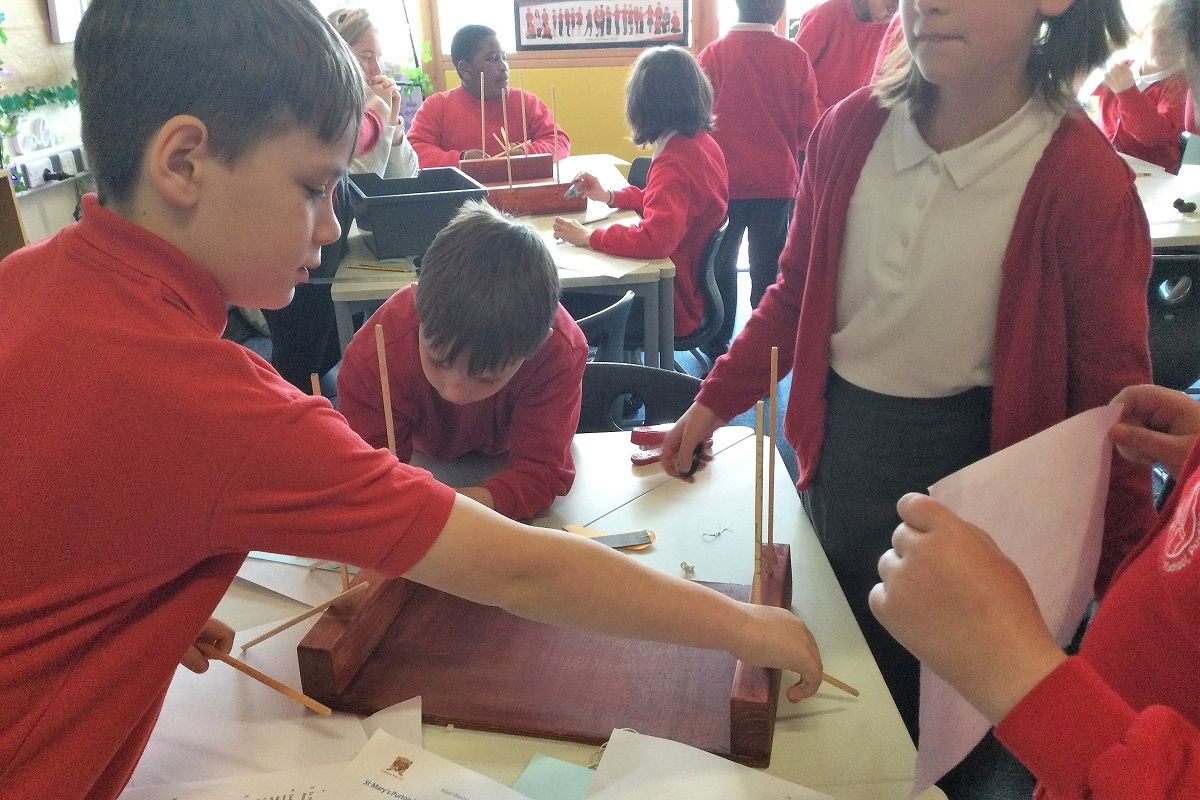 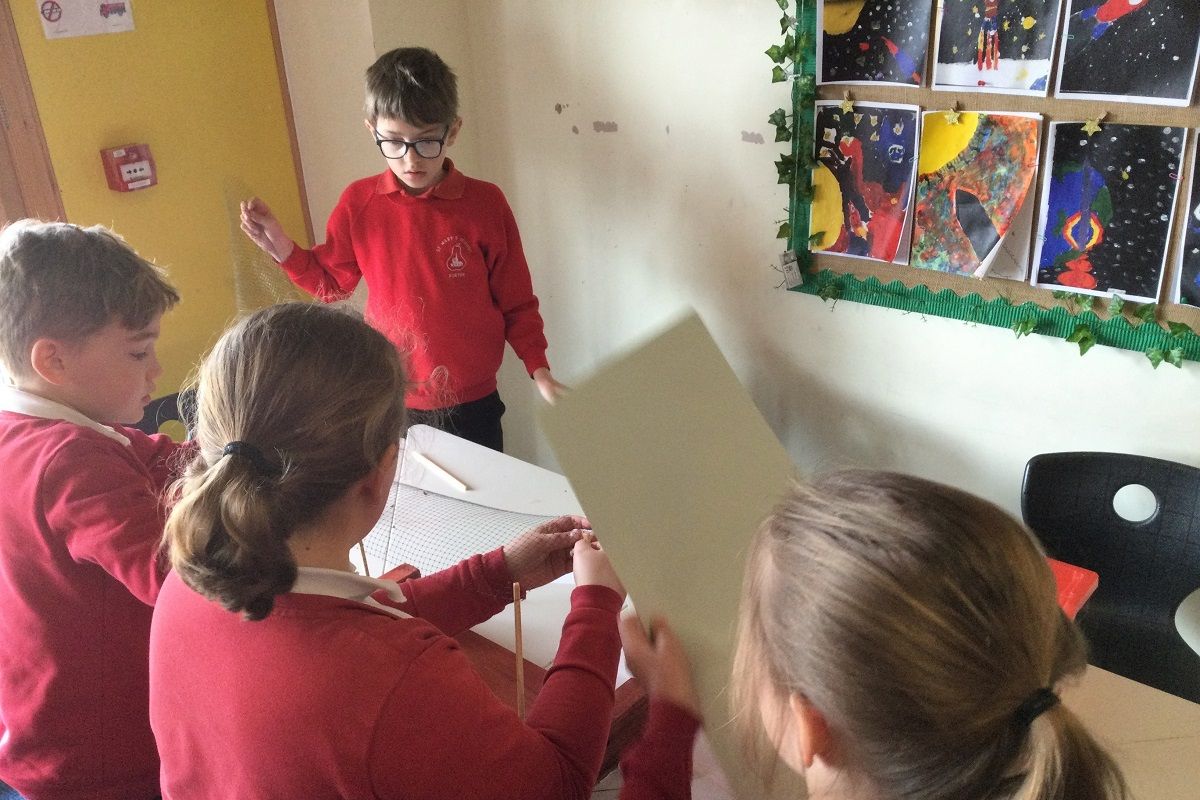 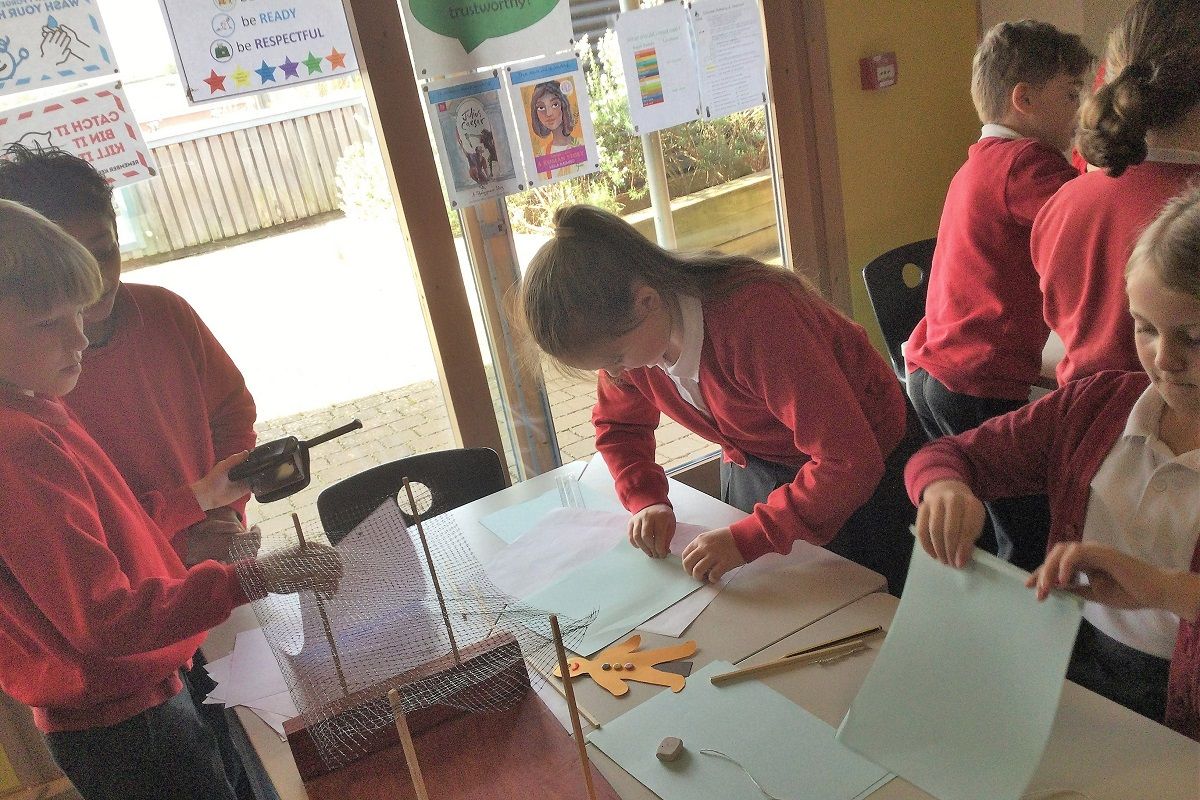 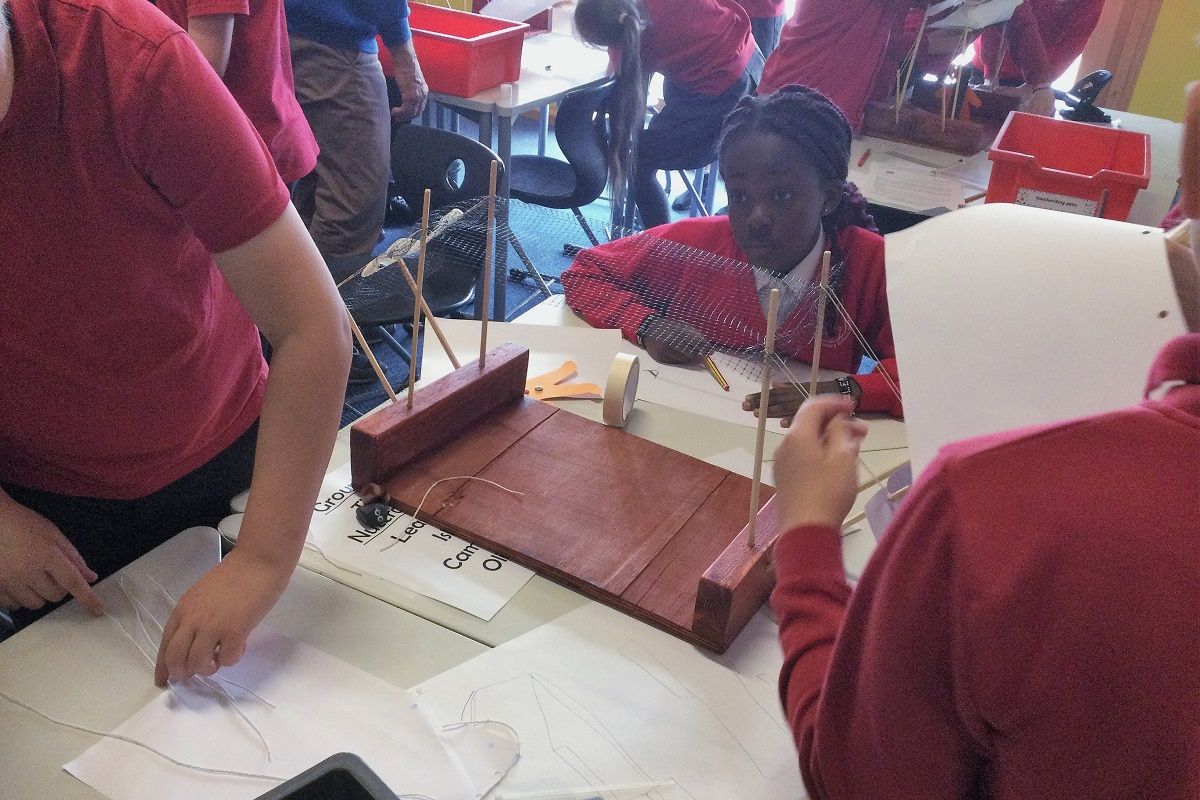 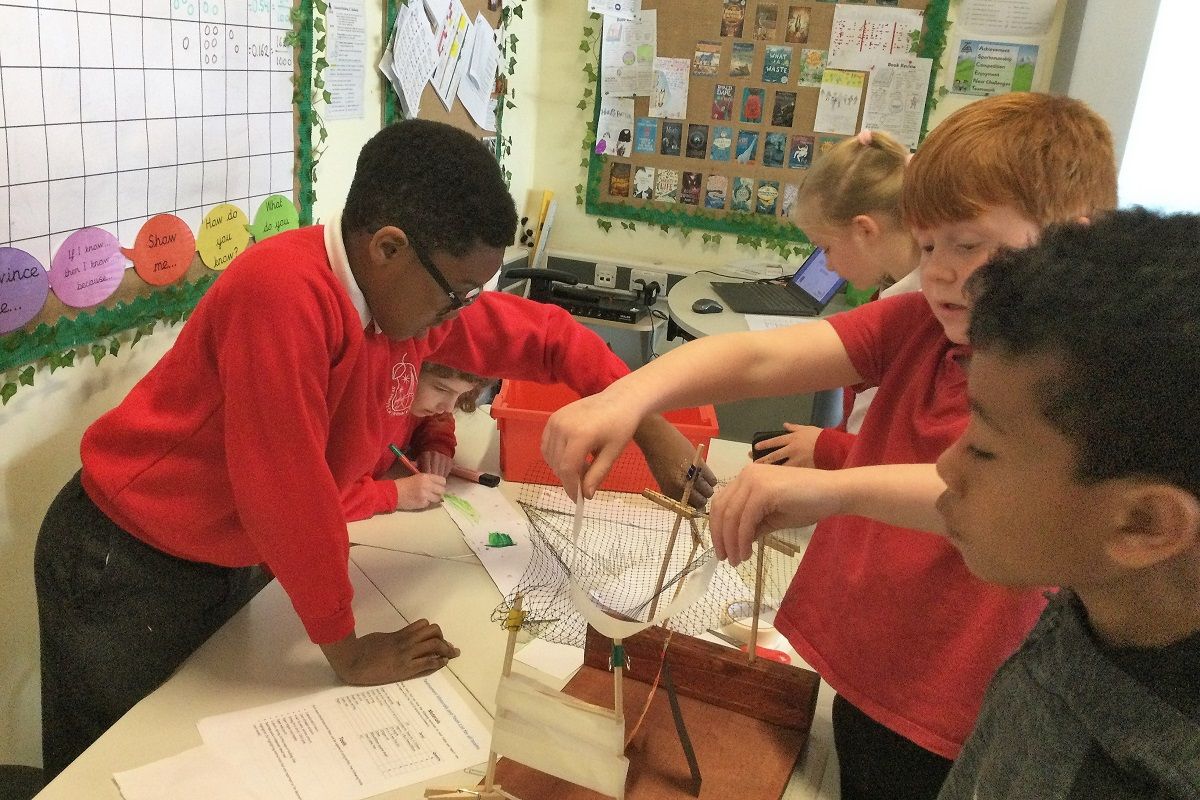 The tournament was previously demonstrated at the ‘Big Bang’ fair at the NEC - the UK’s largest celebration of science, technology, engineering and maths for young people.

The tournaments are said to be a challenging and enjoyable way for young people to enrich their STEM (Science, Technology and Engineering) learning.

They are designed for 8 – 11 year olds, and in partnership with The Rochester Bridge Trust, the Rotary club aims to provide an interesting and fun experience that tests the knowledge, innovation, team working and problem solving skills of the participants.

The tournaments have been granted a CREST (Creativity in Science and Technology) award by the British Science Association.

The children, working in teams of four, have to solve an interactive technology task and are required to design, model and build a solution with materials such as paper, card, clothes pegs, string and elastic rubber bands, using a premade wooden base. The materials are all supplied by Rotary, free of charge.

At St Mary’s Primary School the task was to build a scale model of a bridge that would enable squirrels to cross a pathway in an environmentally friendly setting.

A spokesperson for the Rotary club said: "The children’s success was ably demonstrated at the end of the tournament when, among the tests to find a winning team, bellows were used to see whether the model squirrels would be blown off the bridge in a gale!"

The whole of Year 5 at St Mary’s Primary (60 children) took part in the tournament over two successive mornings.

The Rotary club said the children were all fully engaged and enthusiastic throughout the sessions and the budding engineers set a high standard with their bridge building solutions. Gold and silver medals were awarded to the top two teams on each of the two mornings.

The youngsters' enjoyment was said to have been amply shown through some of the amusing names they had selected for their teams, such as ‘Fanta Frenzy’, ‘Banana Splits’ and ‘Elite Four’!

Headteacher Naomi Clarke said: "The children gained a lot from the event and we would love the Rotary Club to visit us again."

Team leader Rotarian Mark Mudd, who was accompanied by three Rotarians from the club, said: "It was very rewarding to see all the children having such fun and being so involved in a very friendly and competitive way." 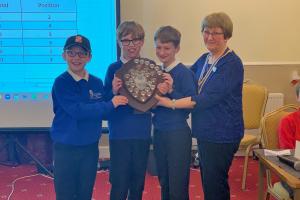 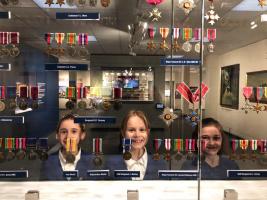 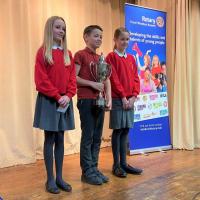 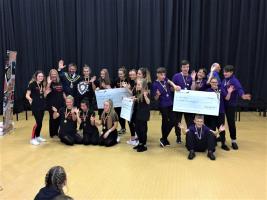 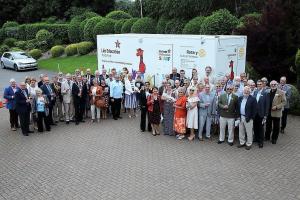 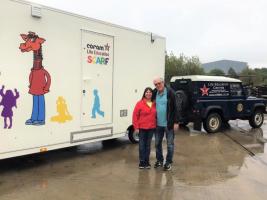 more 30 May 2019: A new dawn approaches for Life Education in Wiltshire 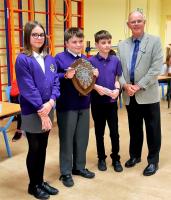 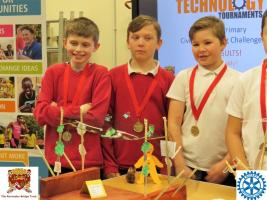 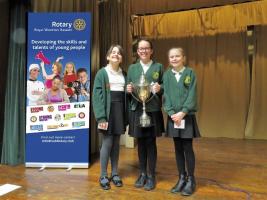 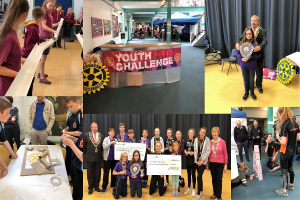 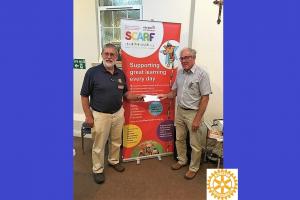 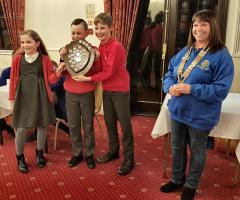 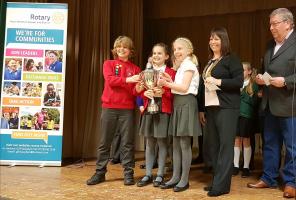 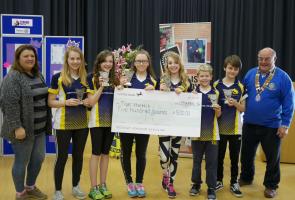 more The "Challenge" aims to encourage competition and friendly rivalry between local community youth groups for prizes up to Â£500. The Youth Challenge is hosted by both Rotary Clubs of Royal Wootton Bassett. 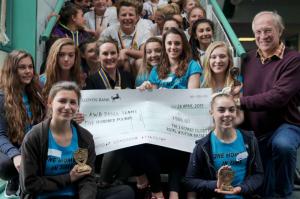 more The "Challenge" is aimed to encourage competition and friendly rivalry between local community youth groups for prizes up to Â£500. The Youth Challenge is hosted by both Rotary Clubs of Royal Wootton Bassett.

back Ways we involve and help our young citizens