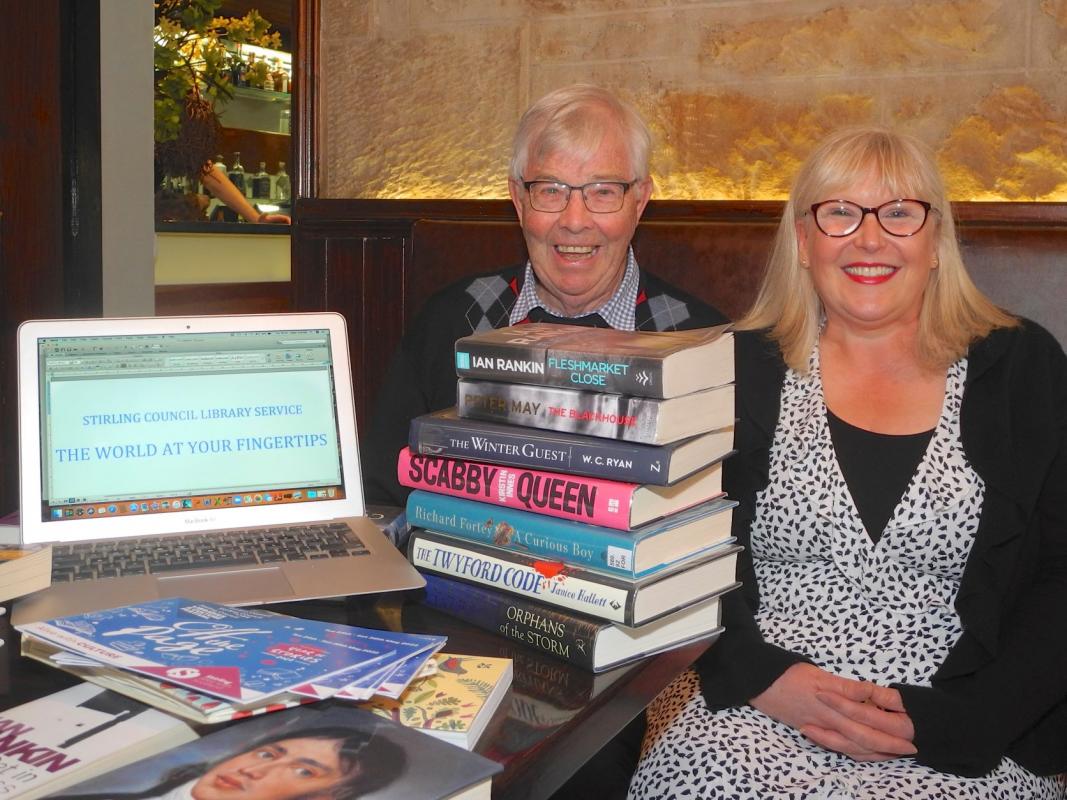 The image of the library as an outdated, book-focused survivor from the past, increasingly irrelevant in the age of electronic media, was thoroughly quashed by Angela Seaton, Community Library Officer from Stirling Council, when she spoke to the Club.   Angela did admit, however, that when she joined the library in 1983 it was very much books-only.  While activity to fully embrace electronic media was already well underway, it was considerably accelerated by the advent of the pandemic and the associated lockdown; overnight the library became inaccessible to its users. The response was swift: library staff were issued with computers and iPads, and they set about finding means to provide a wide-ranging service digitally. Their focus in the initial stages was to establish contact with groups supporting those with particular needs, and then to liaise with the Council to ensure that their needs were met.

Recognising the increased demand for library services brought by the lockdown, the Council continued to approve funding for the purchase of books and multimedia. This gave scope for the purchase of e-books, enabling the traditional book lending function of the library to continue, albeit online.  In turn, audio books, e-magazines and e-newspapers were made widely accessible.  With growing awareness in the community of the availability of these online services, the staff added access to other amenities such as local history material, theory tests for learner drivers, and language learning.

Angela reported that in July 2020, there was a welcome reduction in lockdown restrictions allowing the library to re-open in a very limited way, with selection and collection of books permitted only at the front door.  The following period to the end of 2020 and into 2021 was a period of hope as some freedoms were introduced, followed by the frustration of the re-imposition of restrictions.  During this period, the library staff were working to add further opportunities, including a book group (meeting virtually), making available a range of bedtime songs, and providing writing workshops. However, it was not until August 2021 that a sense of normality began to return, albeit with some hitches along the way. Now, Angela said, things are pretty well back to normal with children able to play with the toys that had up to then had to be packed away.  More people are returning to use the facilities of the library, though numbers are not quite back to former levels.  A new initiative, Dyslexia Awareness Week, and the availability of dyslexia-friendly books, shows that the innovative energy of the library staff has not been exhausted.

Bob Duncan, Speaker’s Host, in thanking Angela for her talk, commented on the obvious versatility and enthusiasm of staff throughout this difficult and frustrating period.