The First Partners' Evening Since 2020 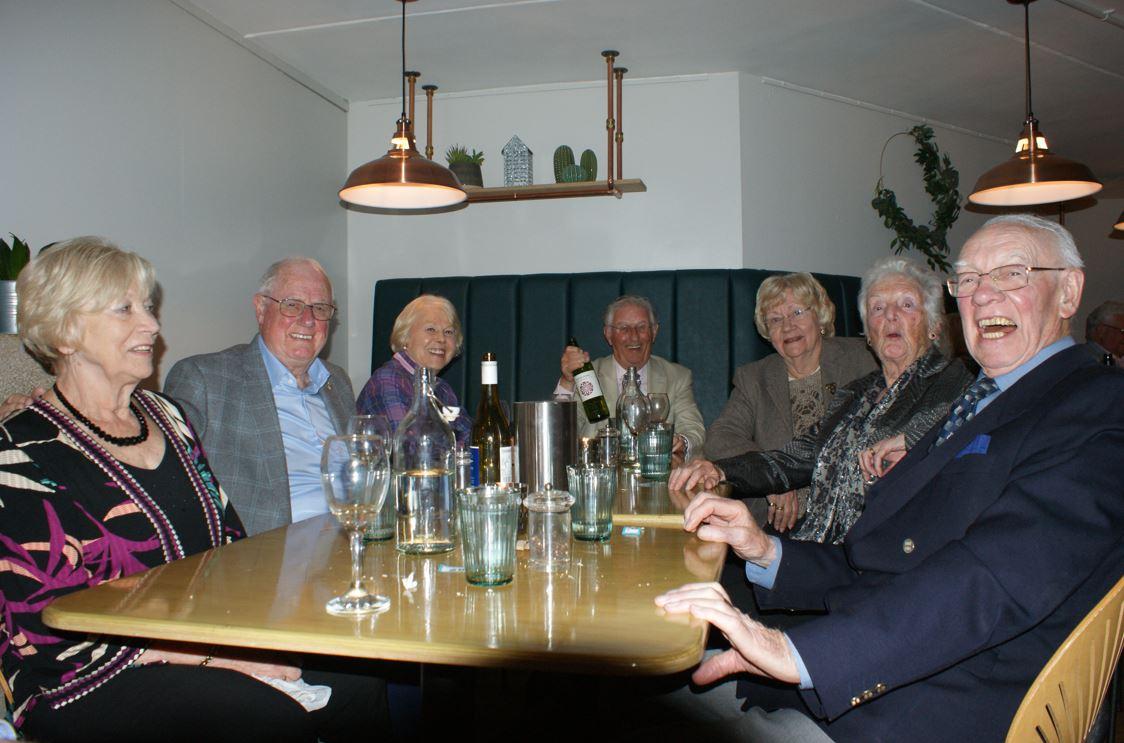 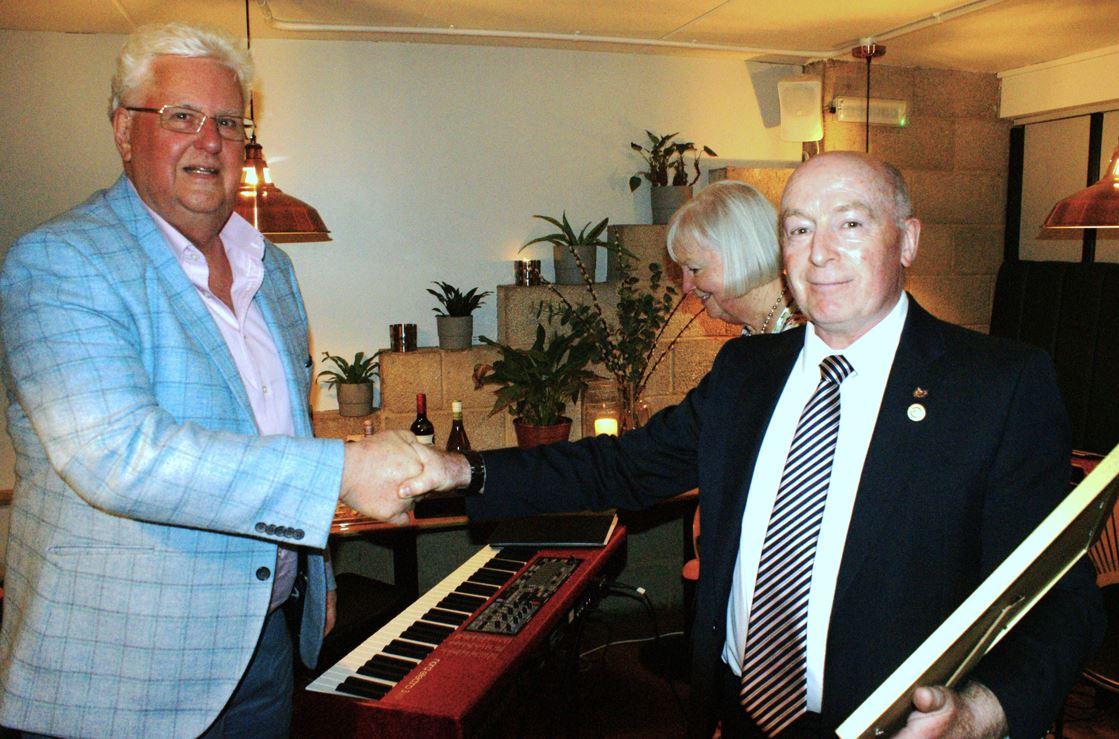 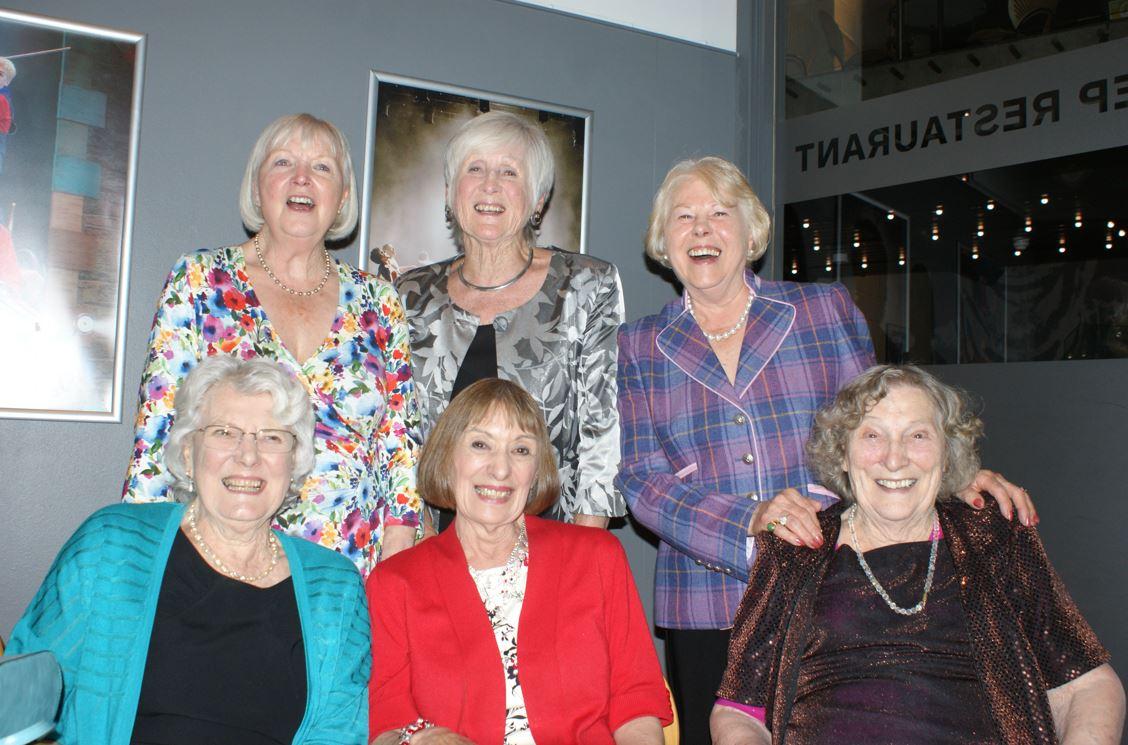 LOOK - NO FACE MASKS!  TIME TO CELEBRATE AND ENJOY.

We never thought it would happen.  Two years of confinement, face masks and Zoomitis!  What a relief to be all back together again and enjoy each other’s company without the fetters of the past.

Partner’s Evening was a time to celebrate as we emerge relatively unscathed from the restrictions of the pandemic through our diligent adherence to protocols.  A few of us have contracted Covid over recent months but have recovered well.  We should be very proud of ourselves.  Tuesday night was a time for celebration and congratulation, evident in spades on the night , because the Claverhouse spirit has endured, undaunted by adversity.

Better still, we were all able to confer a very well deserved Paul Harris Fellowship on our own Ian Balgowan accompanied by a well chosen tribute given by Iain Ross, copies of which have already been circulated by Dave Herbert.  Ian has been a stalwart of the Club over many years and a great friend to us all.  Well done that man!

Thanks to the efforts of the Barr, Logan, Hebenton combo, the evening kicked off to a cracking start as guests were greeted with a welcome glass of fizz, followed by a sumptuous three course meal and coffee served with the customary professionalism and precision by Eve and her team from the Rep.

After the meal, the momentum continued with the drawing of the raffle as bottle after bottle after bottle were presented by Gloria (see attached photos) to winners who could not believe their luck.  Last prize off the block was announced by Bill as a pair of salad servers with long curved prongs. Little did he know that they were actually punishment tongs intended for partners to use on Rotarians returning home late from meetings. Oooh, painful!  “Best prize of all, if you ask me” quoted one of the wives, who will remain nameless.

The tempo did not stop there as we were all royally entertained by Ian Matheson (piano),and Sheila (vocals) and Steve (guitar) Grochan, a talented group of Jazz musicians, recruited by Ron Elder, who judged the mood of the audience well, playing a medley of well known jazz classics. There were  many feet tapping and heads nodding around the room as everyone showed their appreciation and got into the swing.

The evening concluded with a sincere and heartfelt vote of thanks from Vice President Peter, recognising all the hard work and planning delivered by a team who had made this superb evening such a success. 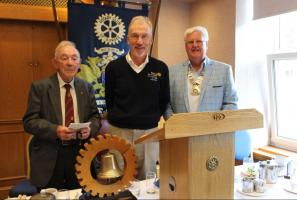 back The Fellowship Committee deals with the many and varied items not handled by other committees - Bulletin preparation, social functions, regaliia, house arrangements, outside visits, and many more.