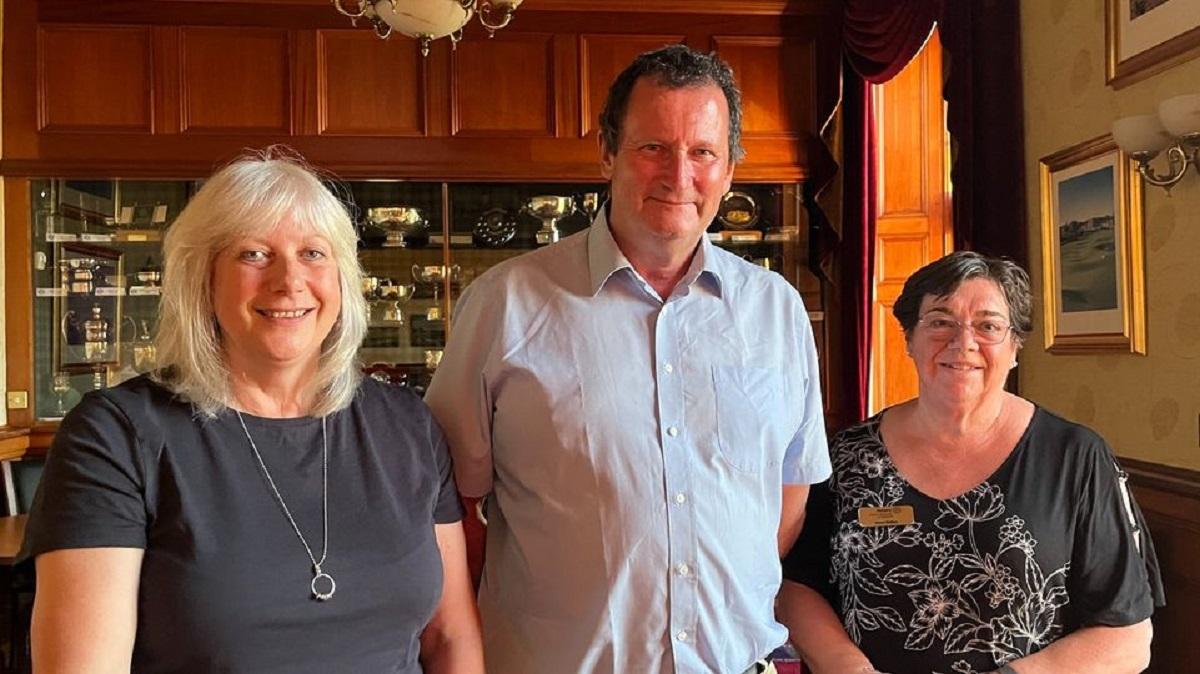 The meeting, chaired by President Irene Walker, as usual started with “Happy Pound” where members volunteer important recent events in their private life, whilst contributing at least £1 to the club’s charity fund. Of note to one member were the special presentations made to past Open champions, many of whom were very emotional in accepting the awards given by the University and the town. The same member also gave an insight into his next club presentation, about special sports commentators, when he highlighted the Peter Allis memorial event held during the Open.

The Guest Speaker was Henry Paul, a member of St Andrews Rotary Club, talking about the St Andrews Men’s Shed. Henry started with the history of Men’s Sheds, from Australia in 1986 to Scotland in 2013 and St Andrews in 2017. Currently there are 136 Sheds in Scotland. As he explained, the objective of the Men’s Shed is to help men gain a positive view of ageing through male fellowship, to tackle loneliness and social isolation by working together on practical woodworking, metalworking and mechanical projects, often for other charitable organisations.

The St Andrews Shed is located within the Botanical Gardens and has been built by converting two old shipping containers into a workshop and social gathering “shed”. The members have over past 5 years improved their shed though wooden cladding and extensions, although space remains at a premium, limiting the scope and scale they would like to tackle.  In future, Henry advised members, they may be looking for a new site and new shed to accommodate the increasing membership and kind of projects they would like to tackle. Regarding the wider scope of activity, the St Andrews Shed have held social events like Xmas lunch, helped a special needs  school in Cupar by building outdoor kitchens, supported MS charity events, the local Scouts and built planters for Cupar rail station.

Although 40% of current membership is from the “Forces” including Henry who was an RAF navigator, many other professions are represented (even a life model).  They do have disabled members but do not provide personal care.  They are a self-help group, using practical skills and projects to provide both fun and very useful items, which often can be sold and provide income for their expenses. The Men’s Shed is regularly given materials and tools, including most recently redundant workshop tools from the old Madras School and loads of wood from the Open “village” being currently dismantled.

In the Q&A session, points of interest were the option of introducing Women’s Sheds and Henry’s enthusiasm to resurrect the Craigtoun Dutch Village, and for which he is urgently seeking old cine films of its heydays in the fifties and sixties. Carol Morris gave the vote of thanks, passing on members’ appreciation for Henry’s talk and wishing the St Andrews Men’s Shed every success in the future.