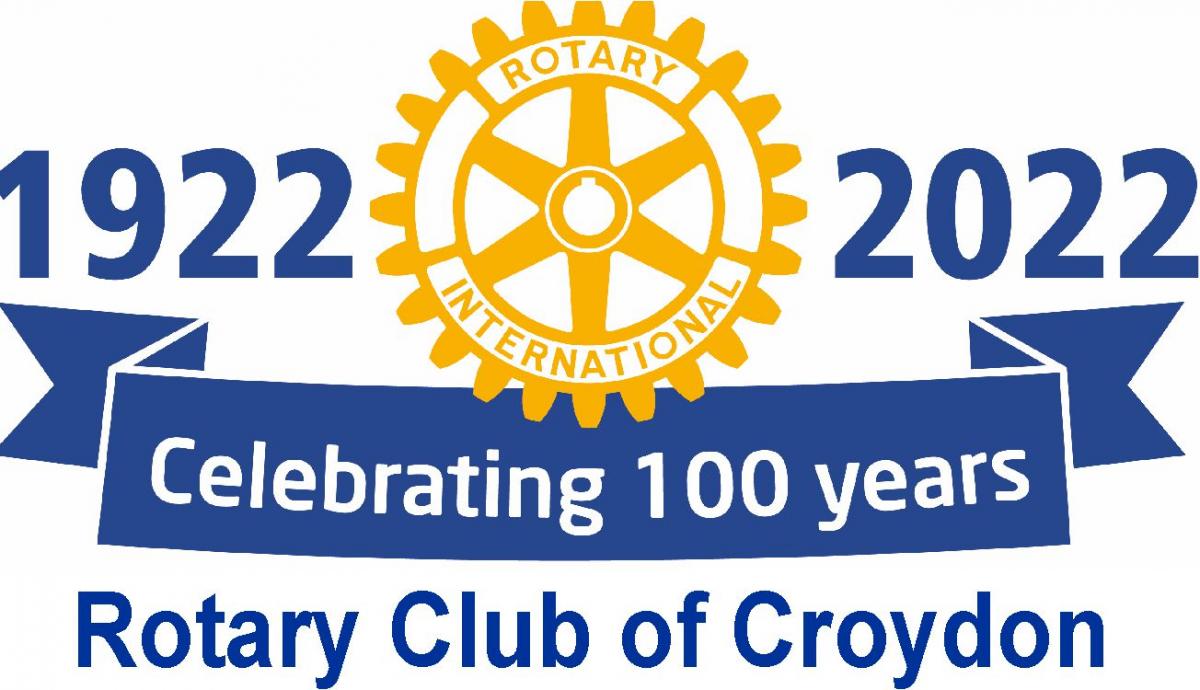 On Sunday 19 June 2022, Revd Sara Goatcher gave the following sermon, recognising the the 100 years of service by Rotary in Croydon.

Members of Croydon Rotary Club, before I say anything else, I would like to extend my most sincere congratulations as you celebrate your centenary.

Since the day the Club was chartered in June 1922, up until the present time, Croydon Rotary has occupied a prominent place in the cultural, social and business life of the Borough.

On looking back over the history of the Club in these past 100 years, no-one could be in any doubt as to the immense contribution Rotarians have made to the well-being of the citizens of Croydon.   In every decade, Club members have sought to make a difference to the lives of local people and also to the lives of those living beyond the boundary of this Borough.

In so many ways, through your numerous social, humanitarian and charitable enterprises, at home and abroad, you have been a force for good.

Your motto, Service above Self, captures the essence of who you are, what you do and the manner in which you do it.  Now, as impressive as these achievements are, I must remind myself that, first and foremost, you are a Club for business men and women.

So, this evening, I’d like to take this opportunity to speak for a few minutes on the subject of the place of work in society and how a job well done, and business well run, can be one of life’s most satisfying accomplishments.

To set the ball rolling, I turn to the Scriptures.  Throughout the pages of the Bible, we learn of hundreds of different occupations that people were engaged in.  It appears that the writers went out of their way to ensure that these people were remembered – craftsmen, poets, artisans, musicians, workers of all kind, businessmen and women are dotted throughout the pages of scripture.

So, we read of silversmiths, coppersmiths and wordsmiths, we learn of shepherds, weavers, potters and tanners, we become acquainted with shipbuilders, seafarers, fishermen and farmers, not forgetting the hewers of wood and drawers of water.  Everyone gets a look in.

In the construction of Solomon’s Temple, we learn of scores of skilled artisans coming together to build God’s house; all working with their hands, heads and hearts to the glory of God – a staggering achievement.

And when we come to the New Testament, again we are presented with the work that people do, we’re told what their occupations are:-

A carpenter who met all kinds of people – soldiers, lawyers, sex workers, beggars, priests and Pharisees, lepers, servants and slaves, mothers and babies, criminals and kings.

It strikes me that to the authors of the Hebrew scriptures and the writers of the New Testament, work mattered.  Work was regarded as something honourable and noble, even holy and that was because, from the Jewish perspective, work is simply another way of worshipping God.  So through honest labour, men and women were able to draw close to the divine, because God is himself a worker.

From Day One, God is at work.  “Let us make,” He says, “Let us make humankind in our own image.”  So, from the get go, God is in the business of making and creating, of inventing and fashioning, of building and re-building.

We become aware that work is part and parcel of God’s very nature and character, and because we bear God’s image, work bestows upon us a unique dignity. Therefore, we can conclude that work must be good – but, and there is a but, work is only good if it does good.

The truth is that work is a two-edged sword – it can be the source of something entirely wholesome and magnificent, but it can also be an agent of hurt and harm.  Work, like all human activity, can be beneficial or detrimental.  It can bring fulfilment to people or it can bring folk to their knees.

It can be life-enhancing or soul destroying.  Depending on what kind if employment you have, what your boss is like, what the culture in the workplace is, your job can either give you a spring in your step or can cause you to stumble and fall and be the very death of you.

In these past few weeks, I have learned a great deal about the way Rotarians conduct themselves in business – and that what distinguishes them, what distinguishes you all, is your commitment to the pursuit of high ethical standards.   From the very start of Rotary, high ethical standards were regarded as essential and, indeed, the norm in matters of business – in dealing with customers and suppliers, in ensuring good working conditions for employees, and in the keeping of scrupulous accounts.

Integrity, honesty, transparency and fairness – these, I have leaned are the qualities that members of Rotary are obliged to adhere to in their business affairs, for the benefit of society as a whole and for the flourishing of individuals.

When were you last inspired by the high ethical standards

Speaking frankly, high ethical standards appear to me to be melting in much the same way as the ice caps in the Arctic, disappearing without trace as though they had never been.

Rotarians – how we need you! You have much to teach the world, so hold fast to what you believe, so that in the years to come, businessmen and women of the future will thank you that you demonstrated that without integrity, honesty, transparency and fairness, no business will endure, let alone prosper.   They will thank you that you were there to show them that high ethical standards are the means by which they will reap the greatest possible rewards for themselves and for society at large.

So, Rotarians, don’t go away any time soon, for there is much work to be done.

Our Comunity Officer, Loraine Davis, is determined to strengthen the existing links that the Rotary Club of Croydon has with other organisations in and around the Croydon area.

The Fundraising Committee exists to coordinate the year’s fundraising,
focusing mainly, but not exclusively, on the President’s chosen charity.

Giving thousands of disadvantaged children a fun day out.

This year, the Rotary Club of Croydon, the Borough's original and oldest club, will celebrate serving the community for a century.

"It's the taking part that matters..."

Vocational Service is one of the Avenues of Service available to Rotarians.

Some of the charities supported by our Presidents over the past few years.

The Rotary Club of Croydon’s involvement
with six other European Rotary Clubs.