A joint project with Dorchester Poundbury, Casterbridge, Portland and the Okhle Village Trust

rural area of central Nepal. The village consists of 50 houses and approximately 230 villagers.

It is a six-hour journey on tarmac road from Kathmandu then a further three hours on unmade roads into the hills. The village is above the Terai (lowlands) to the south but below the Himalayas to the north.

In common with other projects that we have undertaken there is a lack of clean water, particularly during the eight months outside the monsoon season (July-September).

Here the current supply is from a spring below the village, meaning that villagers have to descend to a spring below queue, then wait to fill their container and carry their load of their water uphill to their village. The spring has a good flow.

The village is situated to the southeast of Okhle, site of the very first project and is the furthest away from all the other villages. In fact, it is 90 minutes away by motorcycle, allowing us an opportunity to provide a water system in a new area.

Deuralitar in relation to the other villages. (Not to scale.)

As stated, the spring is below much of the village (1) and therefore would need a collection chamber (2) at the spring itself, a lower concrete tank with electric pump (3) which would supply four plastic tanks (4) above the houses.

There would be one main tap by the community centre. This is what we would fund.

The villagers themselves would pay for supply from these upper tanks to individual houses.

Here can be seen the rather primitive conditions. Water being collected from a pipe from the source to a muddy area. This would be replaced by enclosed concrete collection chamber right at the spring to ensure clean hygienic water collected to prevent contamination.

This model of project has been undertaken many times in the past 15 years and is well tried and proven. Over this time tank construction has changed both in shape (rectangular and now circular) and construction (stone and now reinforced iron frame rendered and sunk into the ground). Here plastic tanks are being introduced for storage above the houses. To enable transport 5000L tanks are used, so four are required, sunk into the ground to support the walls and increase longevity. We have used this method successfully in previous projects too.

Rotarians have visited Nepal several times, in fact since 2004. Due to Covid the last time was in November 2018.

During and since the pandemic we have been involved with assessing the sites and viability, agreeing costs materials and timing with our Nepali project manager Bimal Gurung. This has been via Messenger and Zoom conference calls.

The goal is to visit this project and the latest completed projects either later this year or early next.

The project will be conducted in collaboration with the Okhle Village Trust which we have worked with over many years completing similar water projects. Local contact and project manager, Bimal Gurung, recently President of the Tanahun District with local knowledge and expertise, will oversee the project.

The project addresses a local need, identified by the villagers and they have a vested interest in the system’s longevity.

The water system will be owned communally by the village. As the villagers will be involved in the construction, contributing most of the labour, they will be well placed to undertake ongoing maintenance tasks.

All materials and labour will be sourced locally.

The system is more expensive than simple gravity fed systems, but we now have experience in other villages of installing electric pumps, reliability has been good and when needed replacement parts available locally. Little can go wrong with the concrete tanks (lifespan in excess of fifty years), plastic tanks are also robust and have a similar lifespan.

These systems are robust and require minimal maintenance. The risks are from failure of the tank and plastic piping leaking. The electric pumps have a shorter life but as stated above the same local suppliers would be used in case of replacement parts being required and the local community has proved their ability to maintain the system. 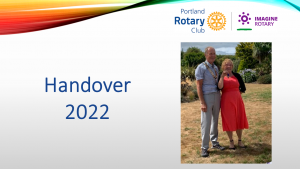 Handover Celia hands over to Mark as President. 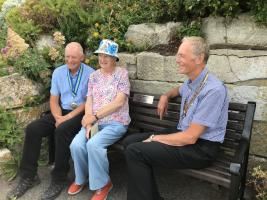 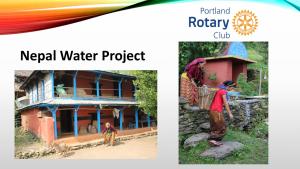 more Rotary Clubs of Portland, Poundbury and Casterbridge with the Okhle Village Trust have completed a water supply system to Madkina 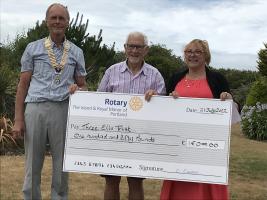 more David Camp is our winner this year for his extraordinary work in the Community. He was presented with a certificate and a cheque for his nominated Charity the Three Ells Trust 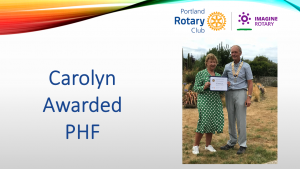 more Awarded to Carolyn at Handover

Handover Celia hands over to Mak as President. 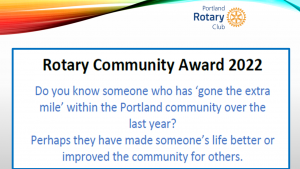 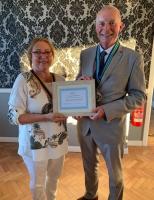 more We are delighted have Peter Roper join us for the next year. 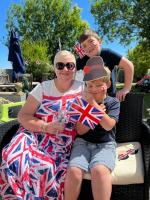 Janet and the Jubilee Celebrations! 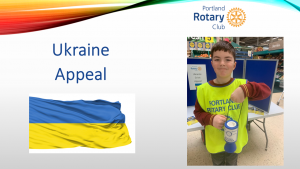 more Thank you to everyone on Portland for your support and for the huge amount of £2011 donated in two days. Thank you to Tesco for allowing us to collect on your premises. 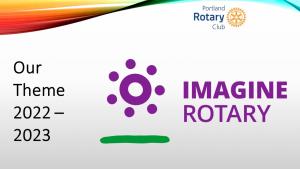 more Jennifer imagines a Rotary where members act to make their dreams become reality and they make the most of their club experiences. She urges members to engage more with each other and use these connections to build partnerships that change the world. 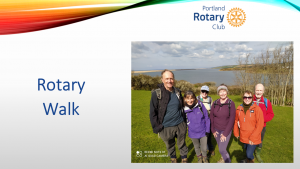 more Along the Fleet. Organised by Poundbury Rotary Club. A beautiful day and a beautiful walk! 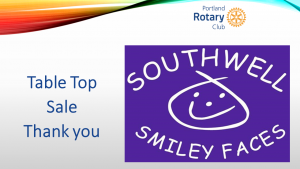 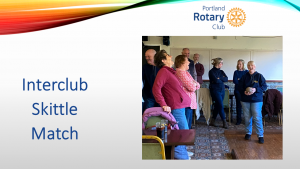 more We may have lost our skittles match against Bridport club by quite a large number but we all had a great evening of friendship, played at The Swan in Abbotsbury.

Rotary Response to the Ukraine Conflict

more We are collecting at Tesco Saturday 5 and Sunday 6 March 10:00 to 16:00 to support the relief programme via Rotary Disaster Response Fund and ShelterBox 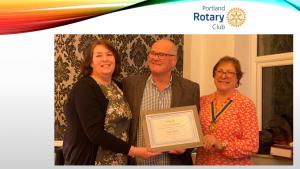 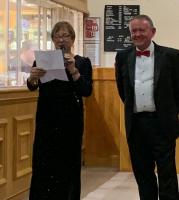 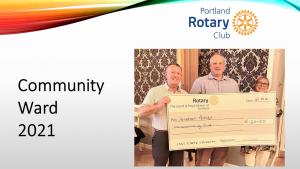 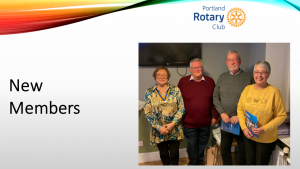 more We are very happy to welcome Dave Hayes and Val MC Gowan to our Club! 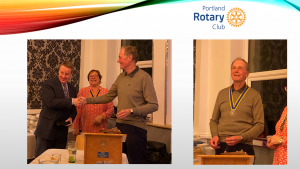 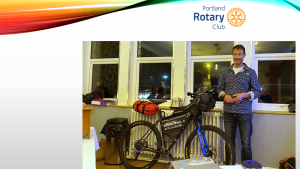 more Father Christmas out and about on his sleigh 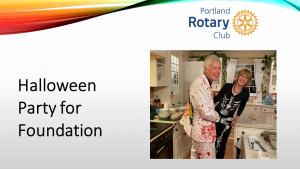 more To raise money for Foundation. here are some pictures 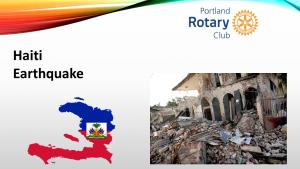 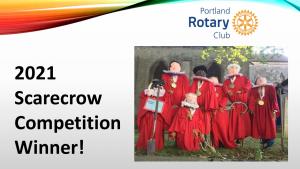 more President Celia and Janet visited the entries. All four were brilliant and it was deemed the choir at St John’s church the winner. Well done! 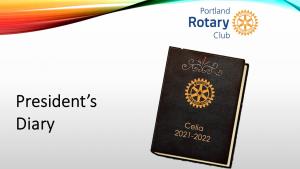