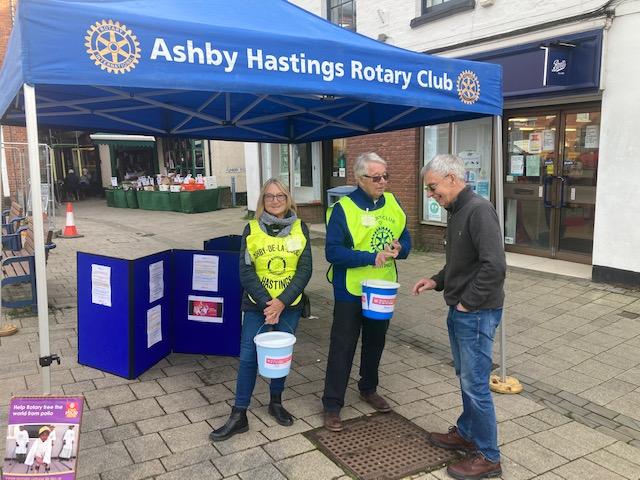 A big thank-you from the Rotary Clubs in Ashby!
The three Ashby Rotary clubs – Ashby, Ashby Hastings and Ashby Castle – were very visible in the town on Saturday, as they collected funds to help eradicate Polio, and mark World Polio Day on Monday 24th October.
And, thanks to the generosity of the good people of Ashby, £600 was raised on Market Street and near the Co-Op on Derby Road. This meant that, through an anonymous donor and the Bill and Melinda Gates, who add their donations to every £1 raised, a total of £2,700 goes to the End Polio Now global charity.
To also mark World Polio Day on Monday 24th October, Ashby Town Council illuminated the Loudon Memorial in Bath Street purple on the three days 22nd to 24th  October . The colour is symbolic with polio eradication as it represents the purple dye used to mark the finger of a child who has been immunised.
The Ashby community has been incredibly generous over the years that Rotary have been collecting for Polio eradication. So, from the Rotary Clubs of Ashby, thank you! 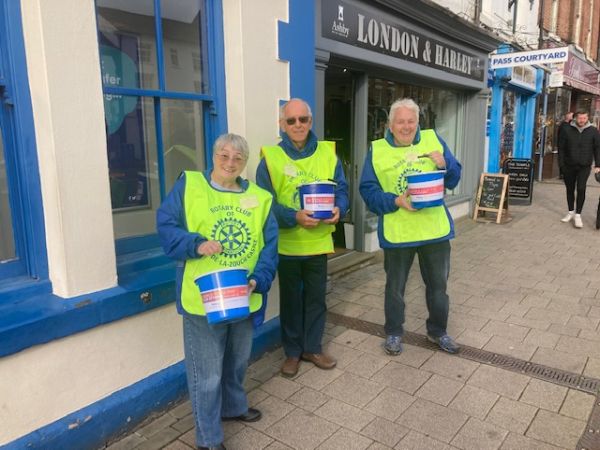 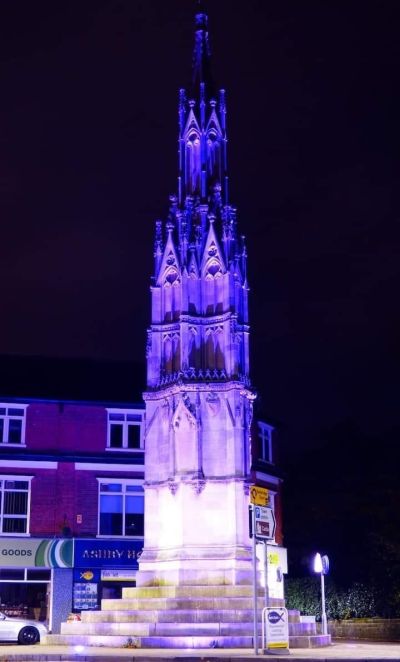 more On 16 October 2023 at the World Health Summit, the Bill & Melinda Gates Foundation announced it will commit $1.2 billion to support efforts to end all forms of polio globally.