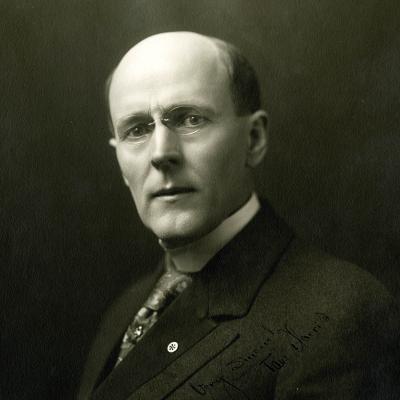 After setting up his law practice in Chicago, Paul Harris gathered several business associates to discuss the idea of forming an organization for local professionals.

On 23 February 1905, Harris, Gustavus Loehr, Silvester Schiele, and Hiram Shorey gathered at Loehr’s office in Room 711 of the Unity Building in downtown Chicago. This was the first Rotary club meeting.

“I was sure that there must be many other young men who had come from farms and small villages to establish themselves in Chicago ... Why not bring them together? If others were longing for fellowship as I was, something would come of it.”

In February 1907, Harris was elected the third president of the Rotary Club of Chicago, a position he held until the fall of 1908. Toward the end of his club presidency, Harris worked to expand Rotary beyond Chicago. Some club members resisted, not wanting to take on the additional financial burden. But Harris persisted and by 1910 Rotary had expanded to several other major US cities.

Harris died on 27 January 1947 in Chicago aged 78 after a prolonged illness.

His death prompted an outpouring of contributions from around the world and his name continues to evoke the passion and support of Rotarians and friends of Rotary. 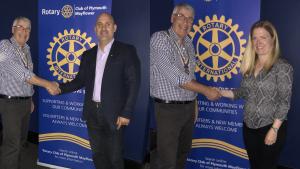 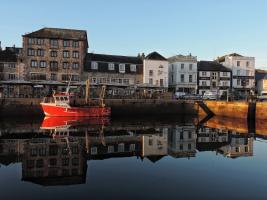 more We are a breakfast Club and meet at 07.30 on Friday mornings. more We are proud to have Plymouth Citybus as partners. Citybus are invaluable in helping us deliver our Soup Run Service.

more Devonport High School for Boys are corporate partners and are invaluable in offering facilities to aid our projects.

more The Club is always on the lookout for interesting and topical speakers.

Rotary - what's it all about?

more A brief insight into the Rotary Community

back An opportunity to join the Rotary worldwide community.