Winners and Runners up of District Finals

In the Intermediate Final, Hutcheson’s Grammar School, speaking on “We Should All Be Feminists” emerged as worthy winners and progress to the next stage of the national competition. Nine teams, each consisting of three pupils took part and the brief stipulated that there had to be a ‘chair’ and a ‘main speaker’ with the third member giving the vote of thanks.

Runners-up were the team from Hamilton College

In the Senior Final Seven teams took part and once again the High School of Glasgow, speaking on “Learning to teach, teaching to learn” came out on top with John Ogilvie High School, Hamilton, finishing as Runners-up 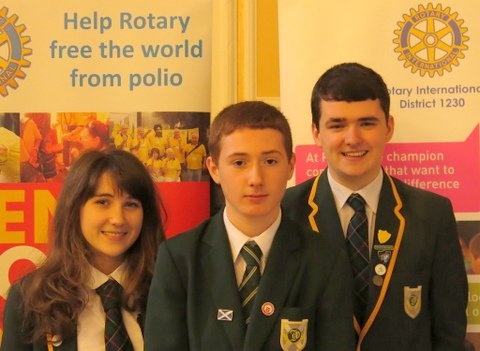 Both winners and Runners-up go forward to face other top schools from across Scotland and the North of England in the Regional Finals which will be held in Linlithgow on 21st March.