The 2015 7th Annual Rotary Dragon Boat Challenge on Pugneys Lake on Saturday July 11 proved to be a stunning success once again. 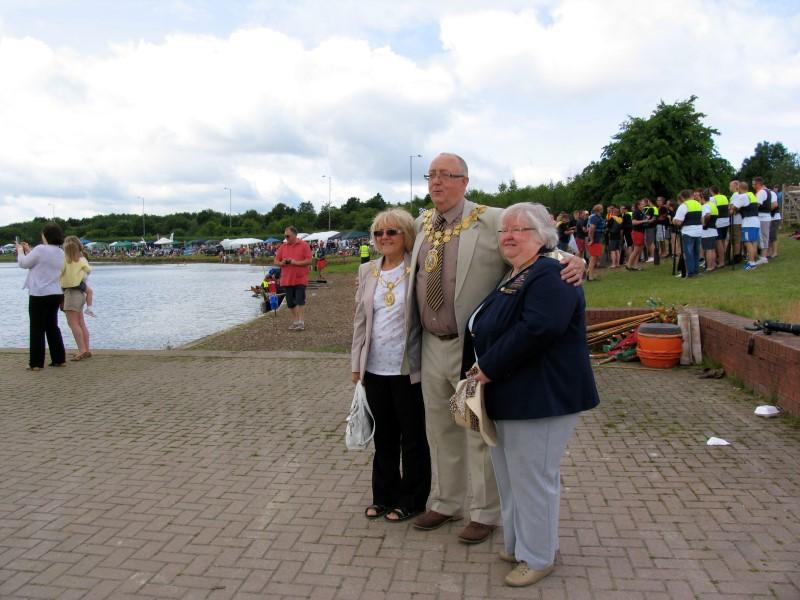 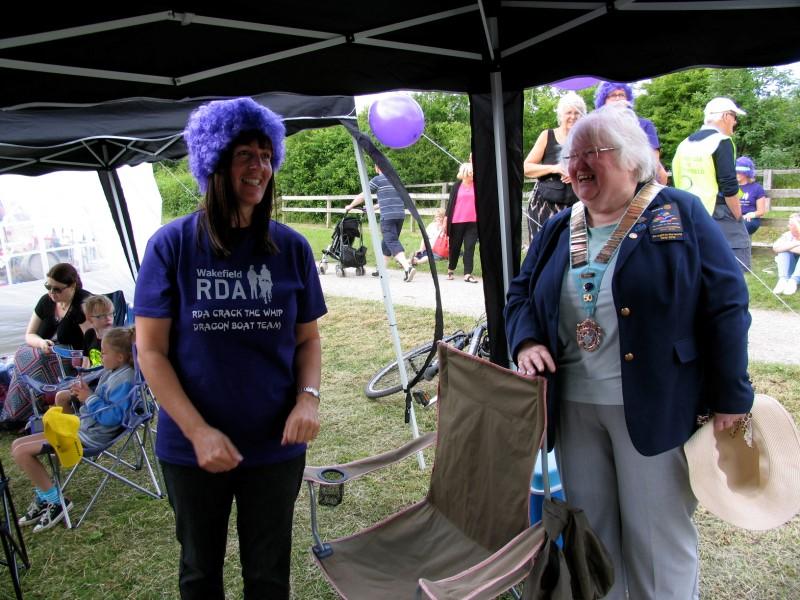 Organised by the Rotary Clubs of Huddersfield and Wakefield Chantry the event attracted 33 teams competed over the whole day paddling in 3 heats each culminating in a thrilling 6 boat final. At the end the first 3 teams in the final were covered by only 1second.

This year’s event was hailed a huge success by everyone who took part. The Mayor of Wakefield, Councillor June Cliffe and her Consort Jack Cliffe, came along to meet the teams. The Mayor commented during the day that this was just the sort of event that the Council should be supporting and that she was determined that a team from Wakefield Council would be taking part in next years’ race!

Team Premdor took the trophy with a winning time over the 230meter course of only 56.87 seconds, with Boultons Estate Agents team second in a time of 57.39 seconds and the Laura Crane Youth Cancer Trust team in 3rd.  Also in the final were HB Projects, Selectrical Services and WTJ Insurance Brokers.

Around 3000 people were in Pugneys for the event which was graced with great weather. Many of the teams came in fancy dress with the team from Wakefield Riding for the Disabled taking the Best Dressed Team Prize.

As always the teams and competitors were taking part to raise money for a large number of charities and although it will take a while to finalise the total it is expected that over £30,000 will have been raised.  This will take the total monies raised for Charities over the 7 years the event has been running to around £180,000.

Once again the Dragon Boat Challenge has been a huge success, with around 700 competitors raising money for charity while having a great time. Quite a number of new teams entered this year and they have all thoroughly enjoyed the day. We are now looking forward to next year which will be held on Saturday 9th July 2016!”

The two Rotary Clubs of Huddersfield and Wakefield Chantry – want to say a huge thankyou to everyone who took part, to everyone who came along and supported and especially to everyone who contributed to the raising of money in aid of all of the Charities. They look forward to seeing everyone again next year!