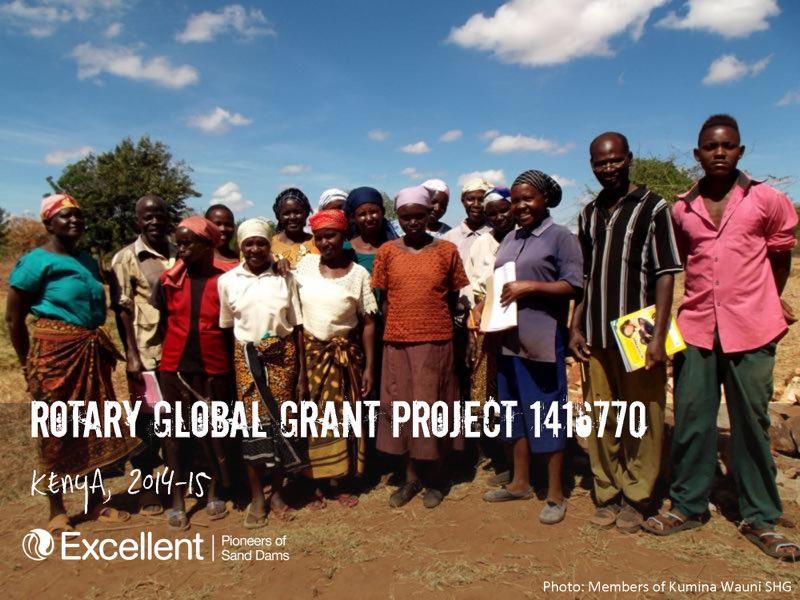 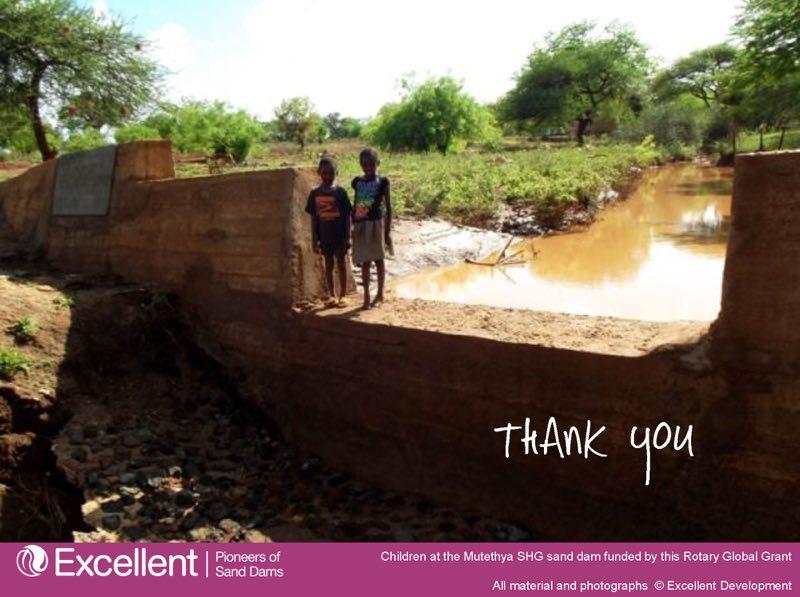 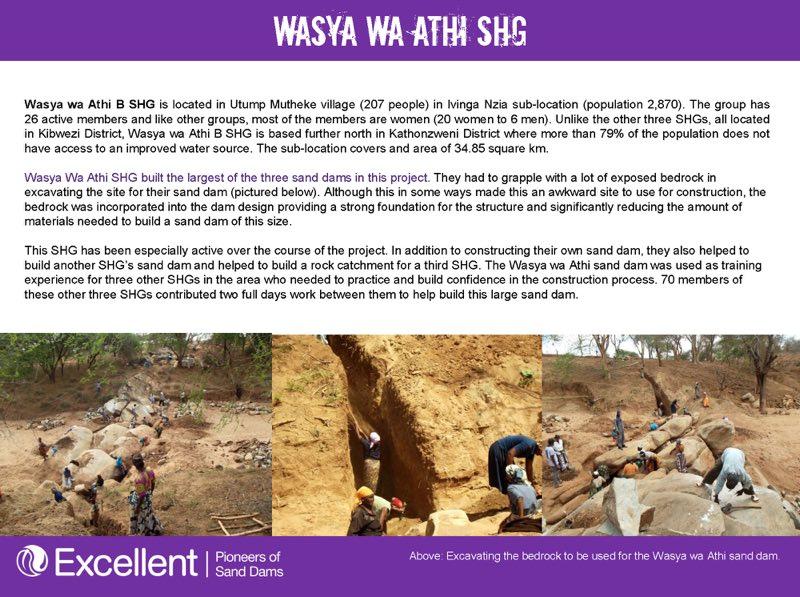 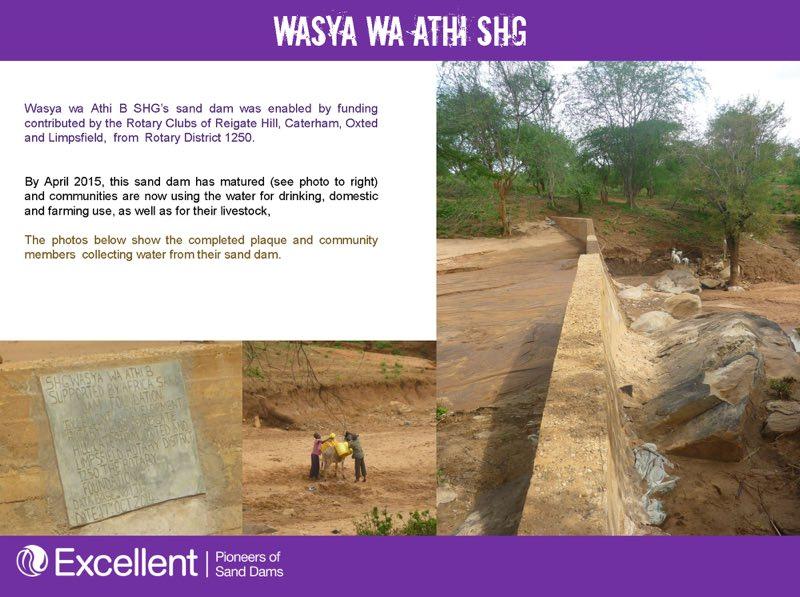 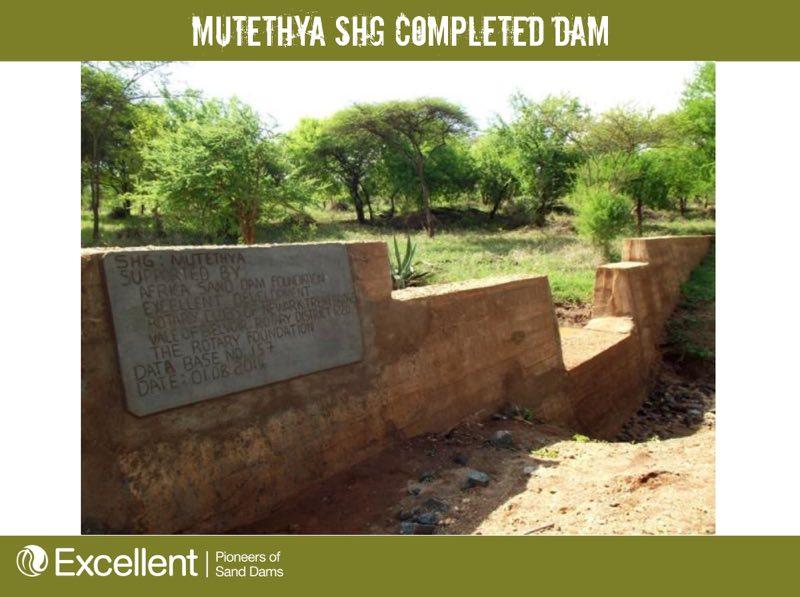 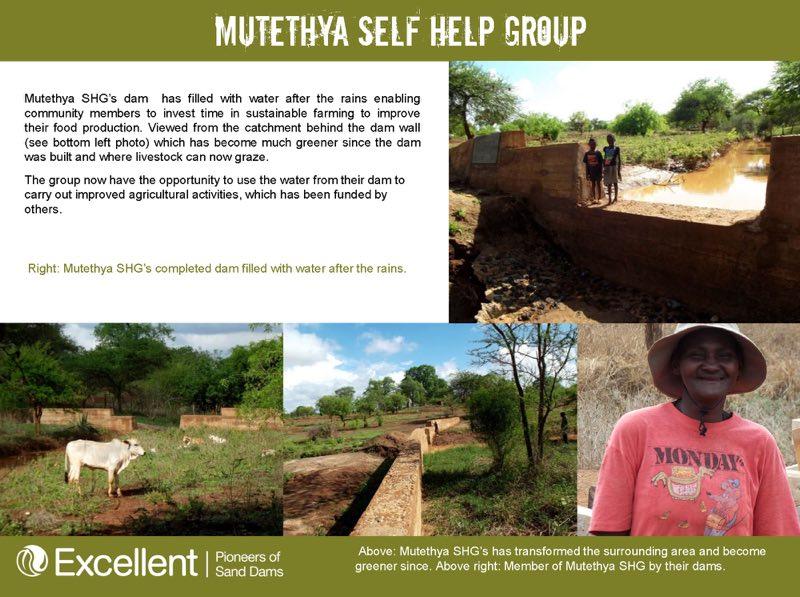 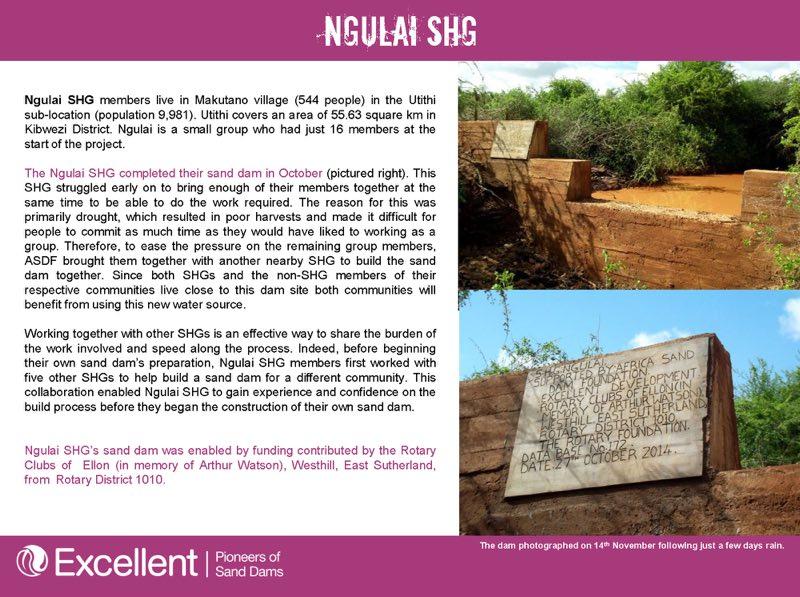 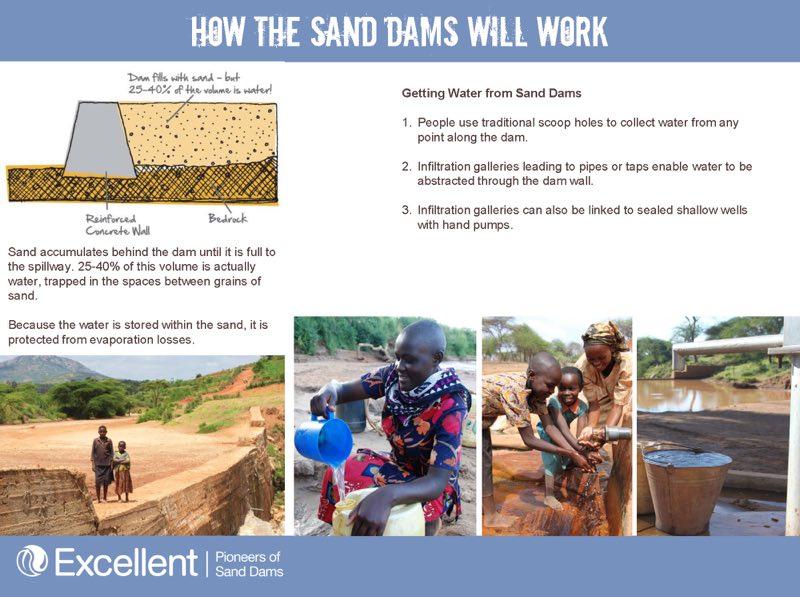 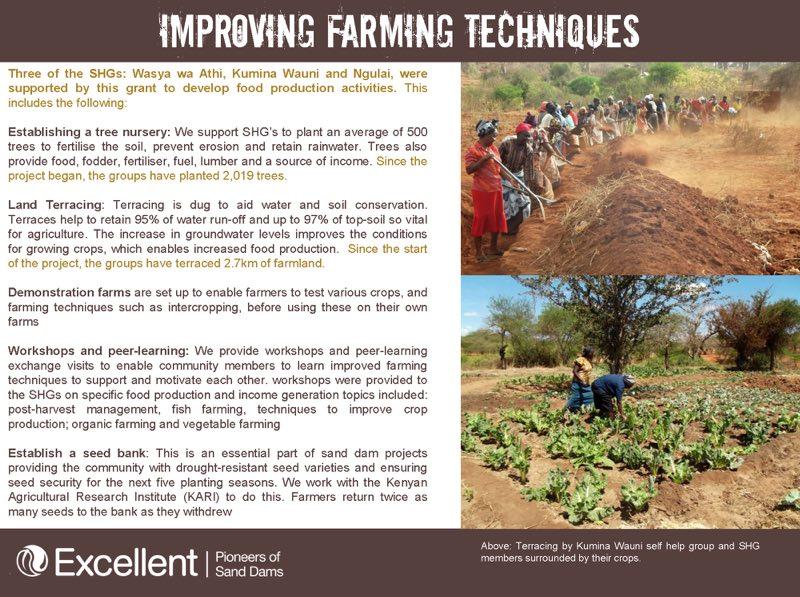 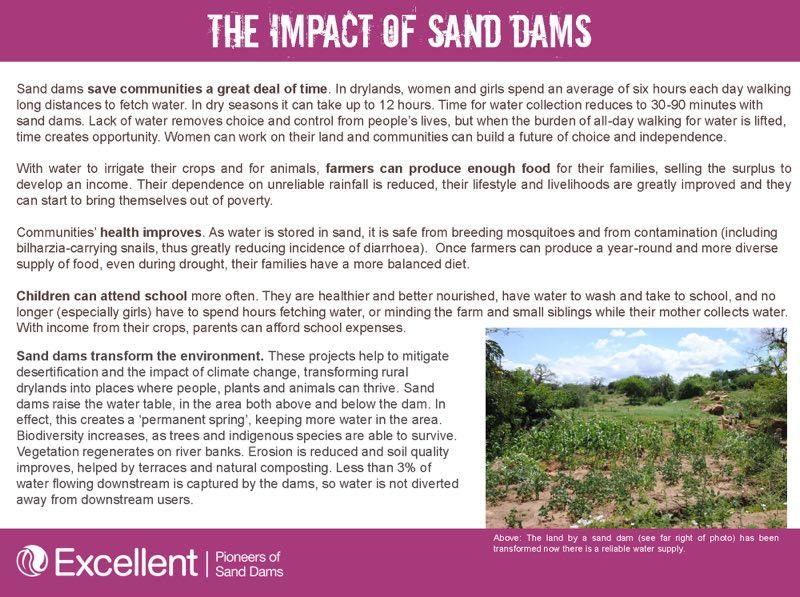 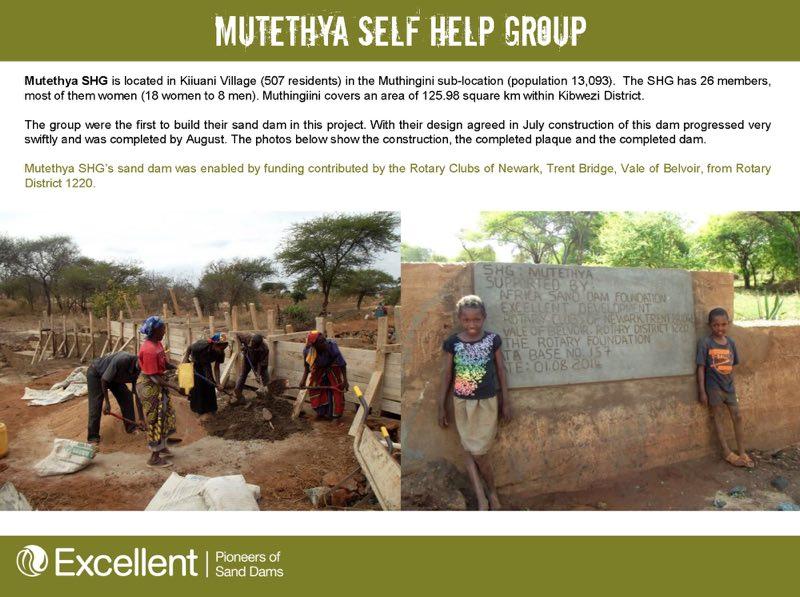 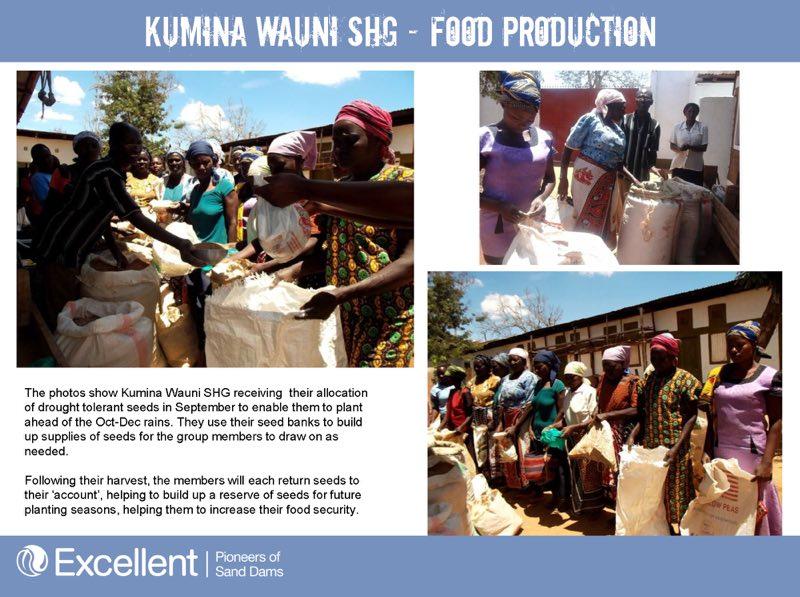 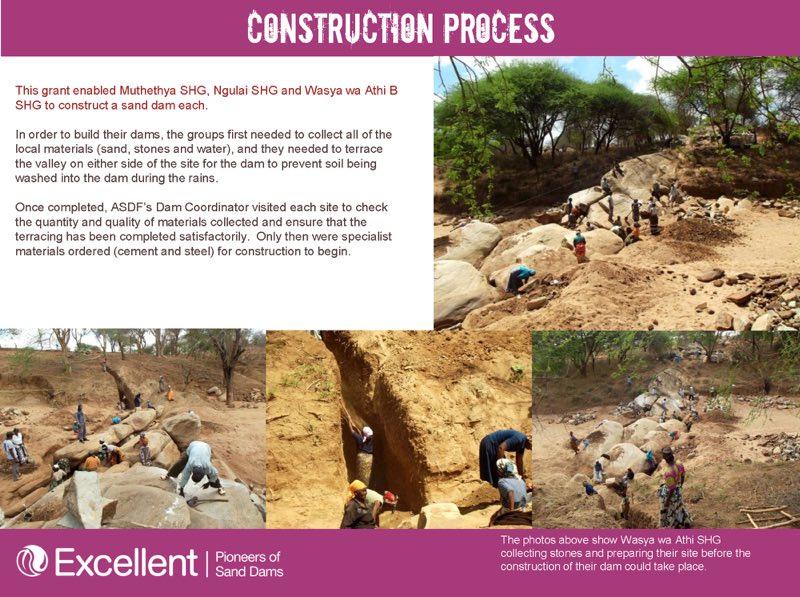 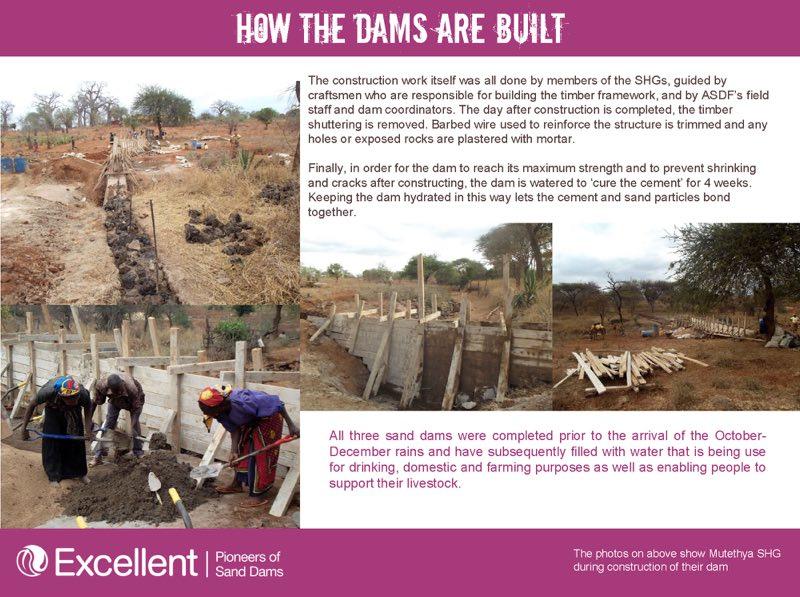 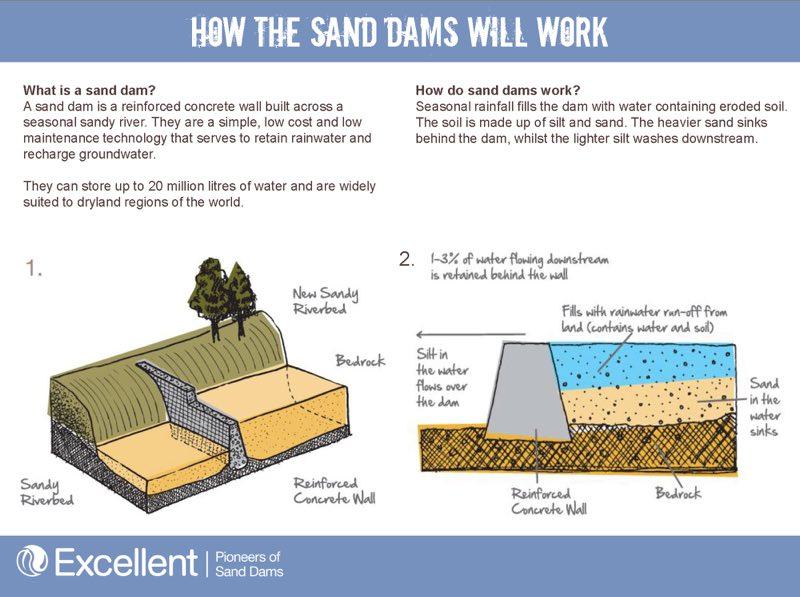 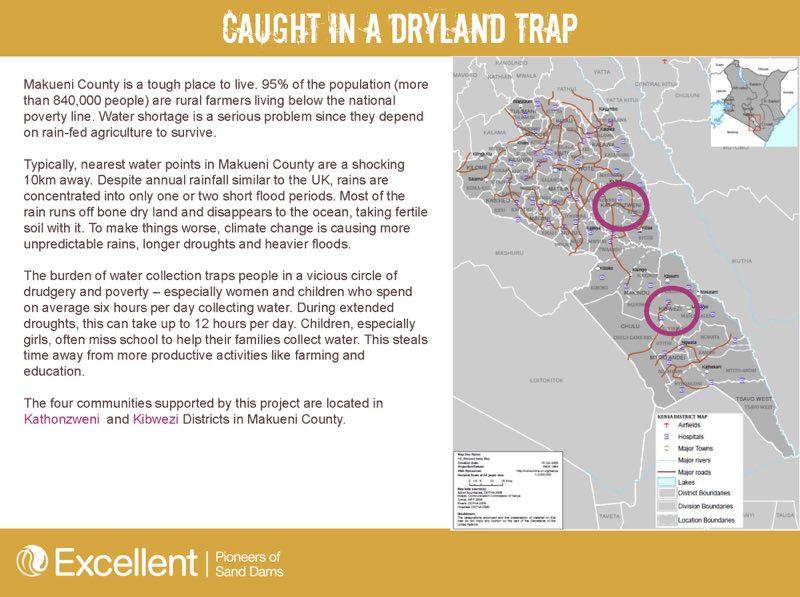 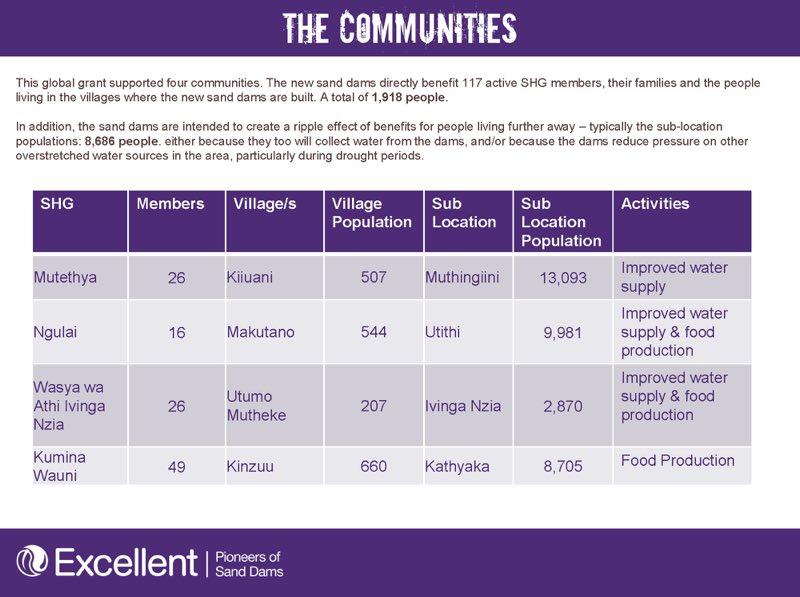 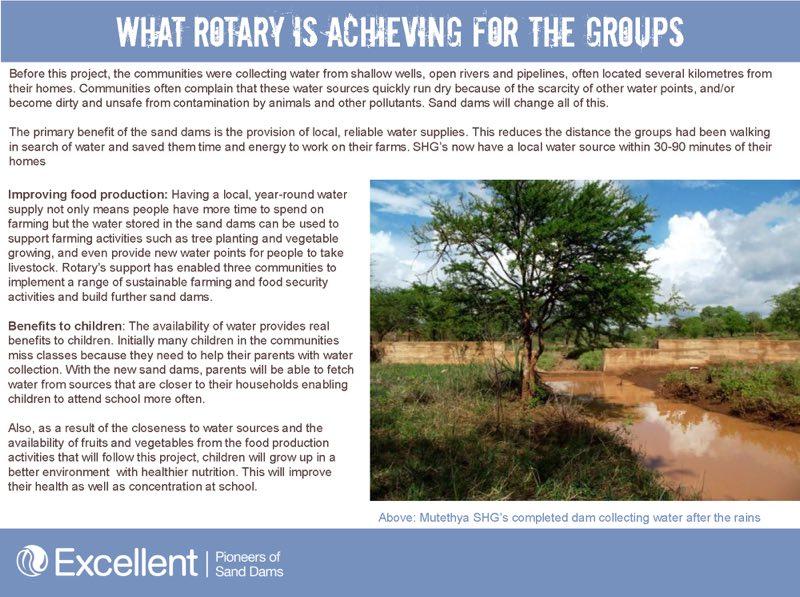 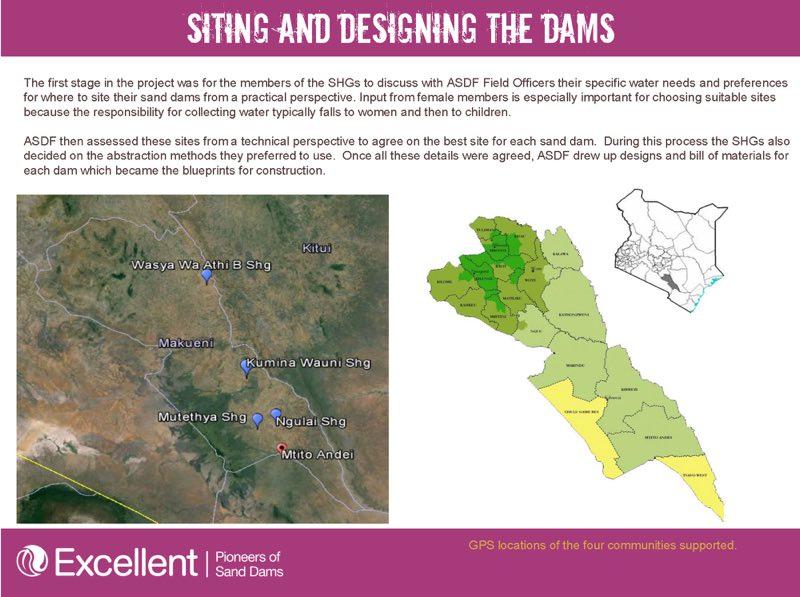 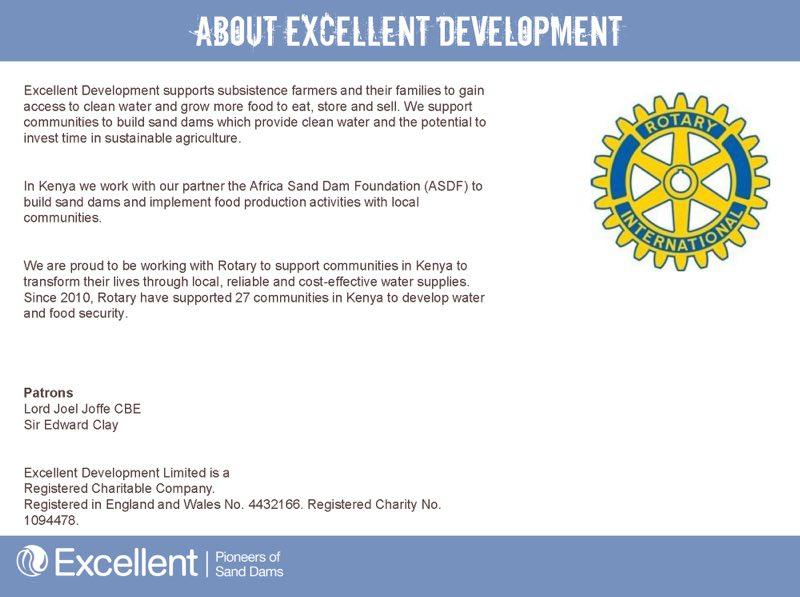 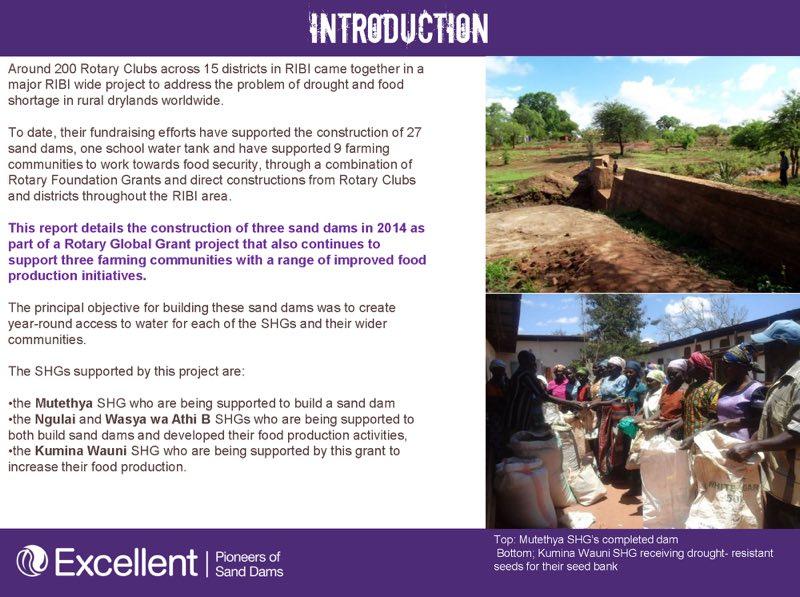 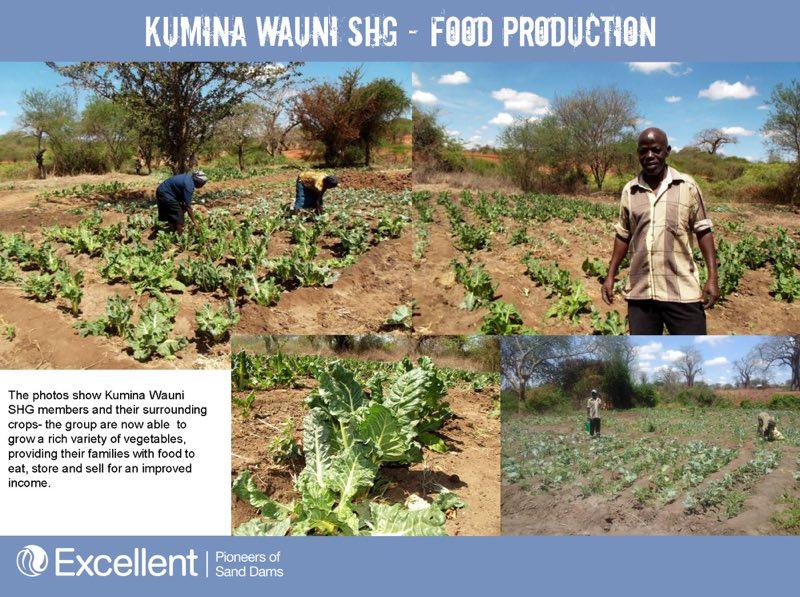 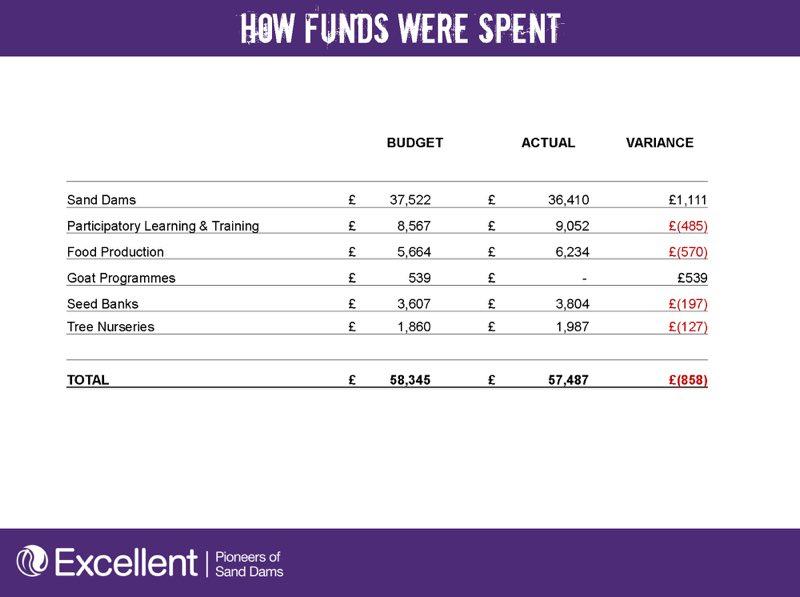 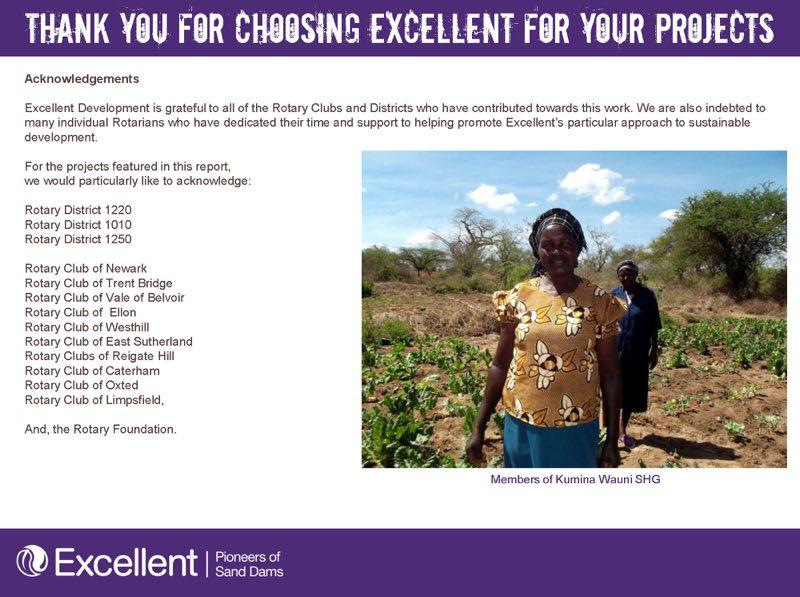 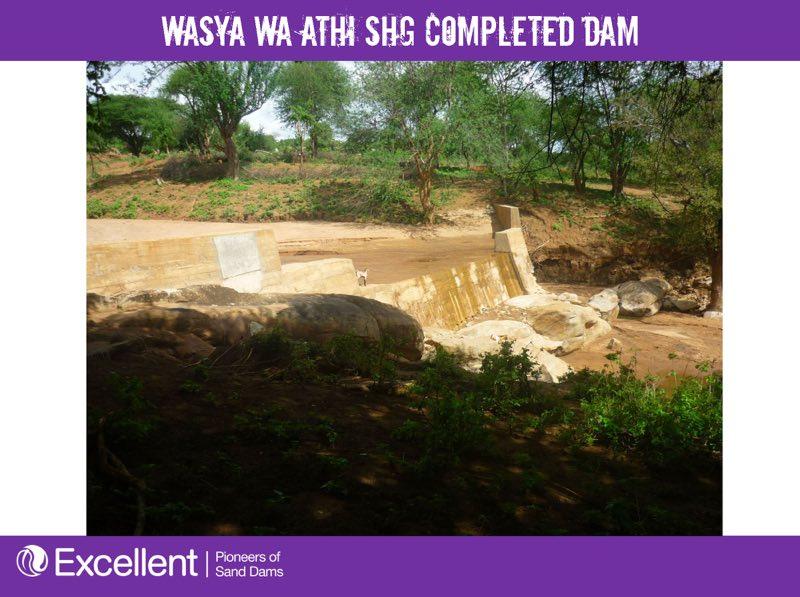 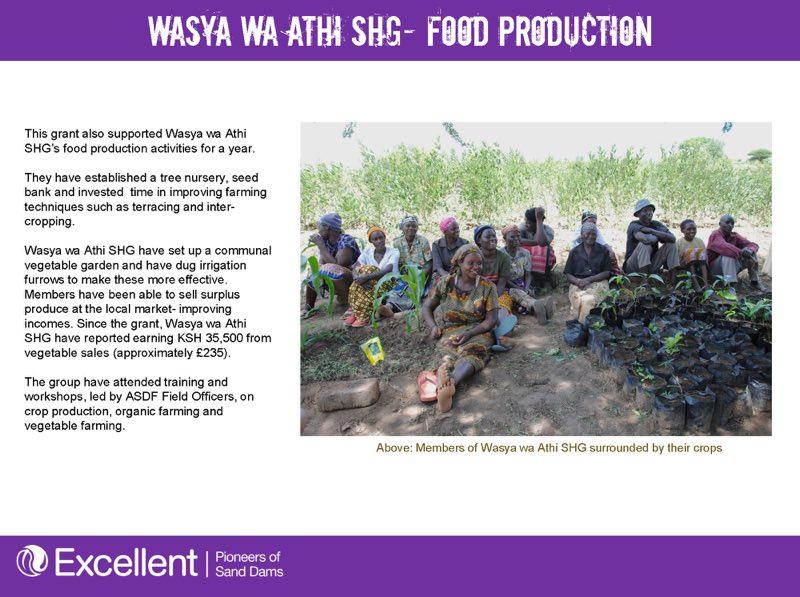 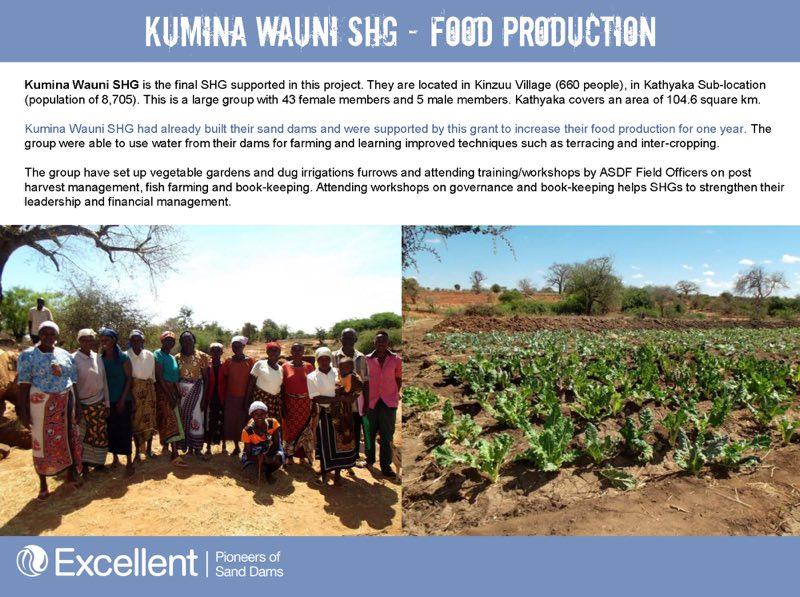 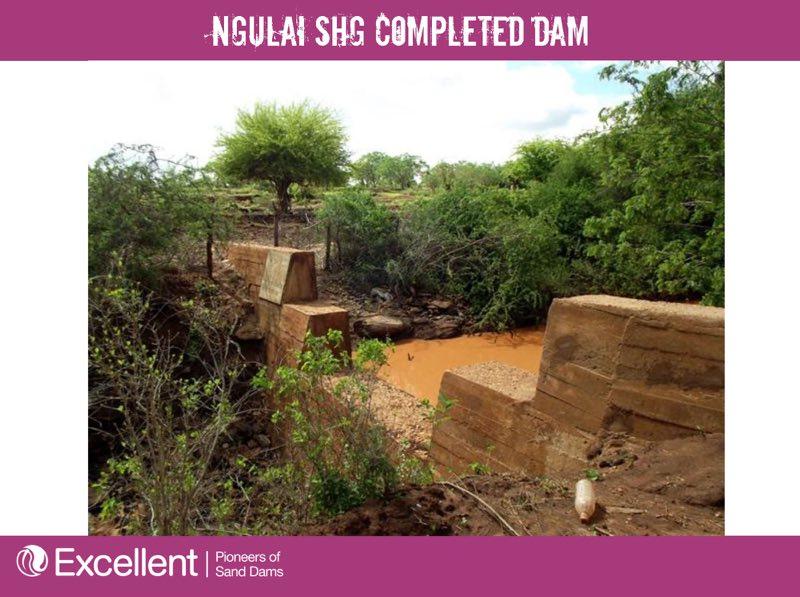 Anyone with an interest in Sand Dams,

Following completion of our first Dam in 2012, Clubs wanted me to maximise Foundation and other boosts to the contributions that they continued to make.

Up to March 2014 District 1010 Clubs (including a bequest from a former Rotarian) raised  £16,500 and this was transferred to the District Holding account which, with contributions from another 14 Districts totalled £160,935

Most of this (£131,929) has been spent on 8 Dams and supporting agriculture with sufficient remaining for another two Dams

District 1010, like most other Districts, matched our Club Contributions with DDF of $22,000 There have been 4 Global Grant applications so far with $6000 of our DDF being included in GG2. Our remaining $16,000 DDF is included in a block of $48,593 which will be doubled to $97186 in GG4 (as we are the major contributor to this, it has been signed off by our own Foundation Chair, Janet Low

In addition to money directly from Clubs/Districts (approx £130,000 spent)

In rough terms this gives almost 5 times value for our Club Contributions with our £16,500  providing around £70,000 of life transforming aid to those previously living without a reliable water supply.

Due to some Delays in the Grant process (Mostly in the States), we were not in a position to show progress and apply for DDF in the current year. We do, however have almost £4,000 in the District Account (Sand Dams) and, until I had the current info and assurances, I asked a number of Clubs to hold money within their own accounts.

I would now ask Clubs to consider donating, or making further donations so that we can again have a substantial amount in the District account which can hopefully again be matched by DDF, Global Fund and UK Government aid.

Although this is second within RGBI only to End Polio in providing foreign aid directly to those in most need. The £600,000 spent in Kenya so far can be the springboard to helping people in other African countries and potentially in India.