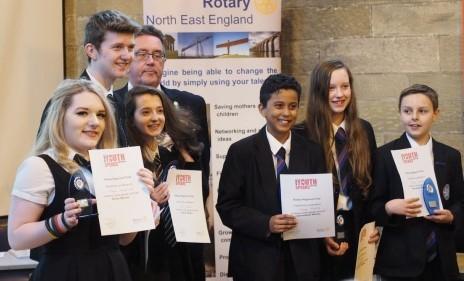 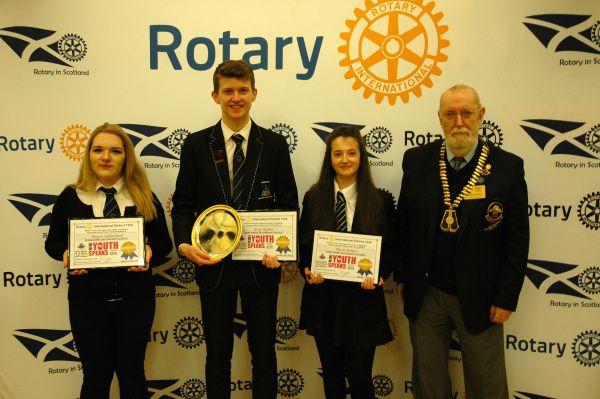 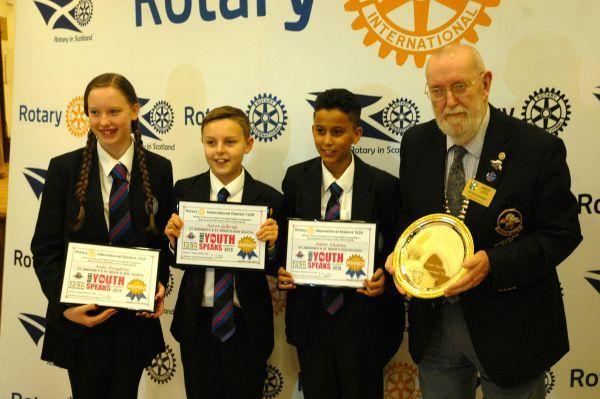 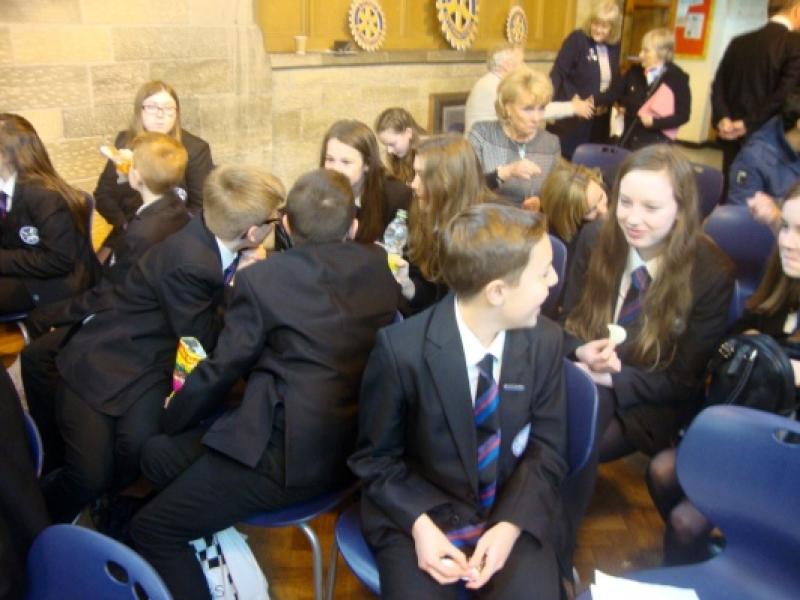 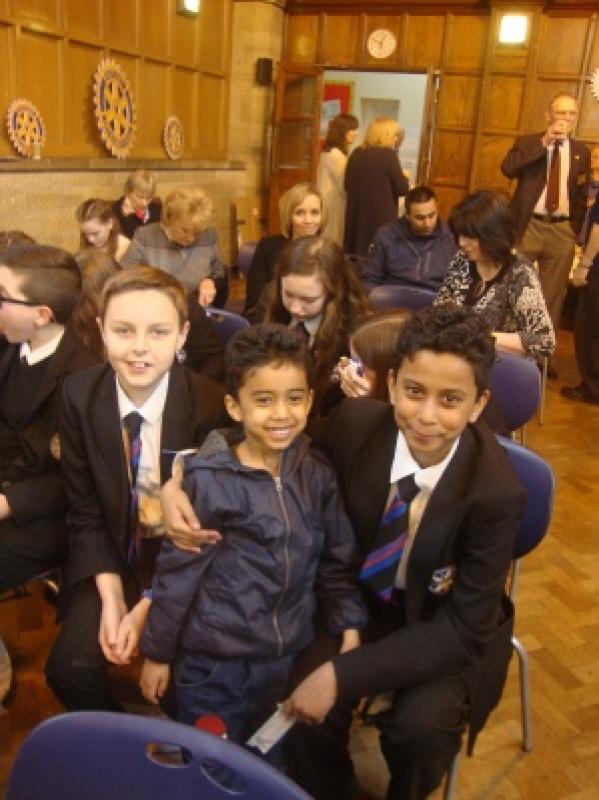 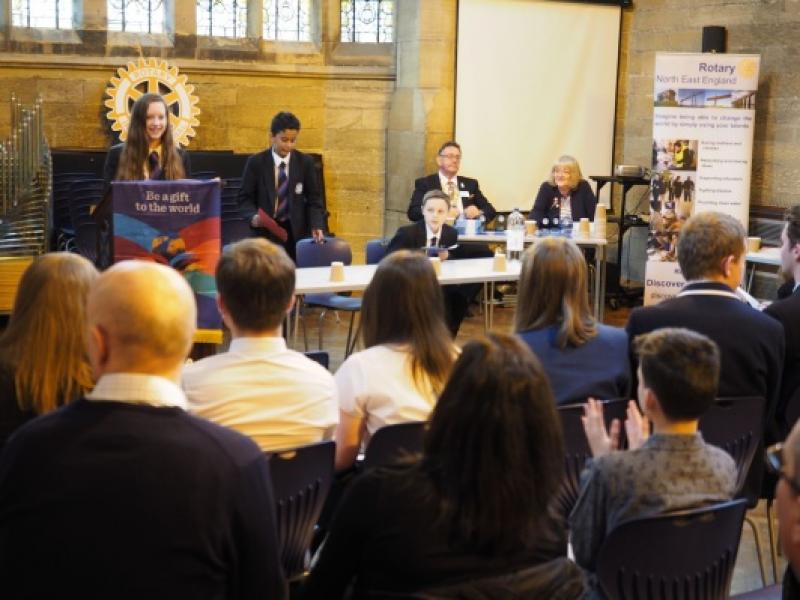 The winners of the District Competitions, Intermediate, held on 31st January and Senior, held on 21st March, went on to the Regional Final, which was held in the imposing hall of The Duke’s School, Alnwick on Sunday 13th March.

The competition was keenly contested, all of the teams performing to the highest standard.

The Senior Team from Duncanrig Secondary School spoke on “Are you My Type” while the Intermediate Team from St Andrews and St Brides School spoke on “The Marvel of Mums”. Both teams were sponsored by the Rotary Club of East Kilbride.

Both teams were outstanding and deservedly won the Senior and Intermediate competitions. They were presented with their trophies by Rotary North District Governor Terry Long who praised both of  them and their supporters highly.

Our congratulations and good wishes go to them as they represent District 1230 in the National Final which will be held in Preston on 7th May.