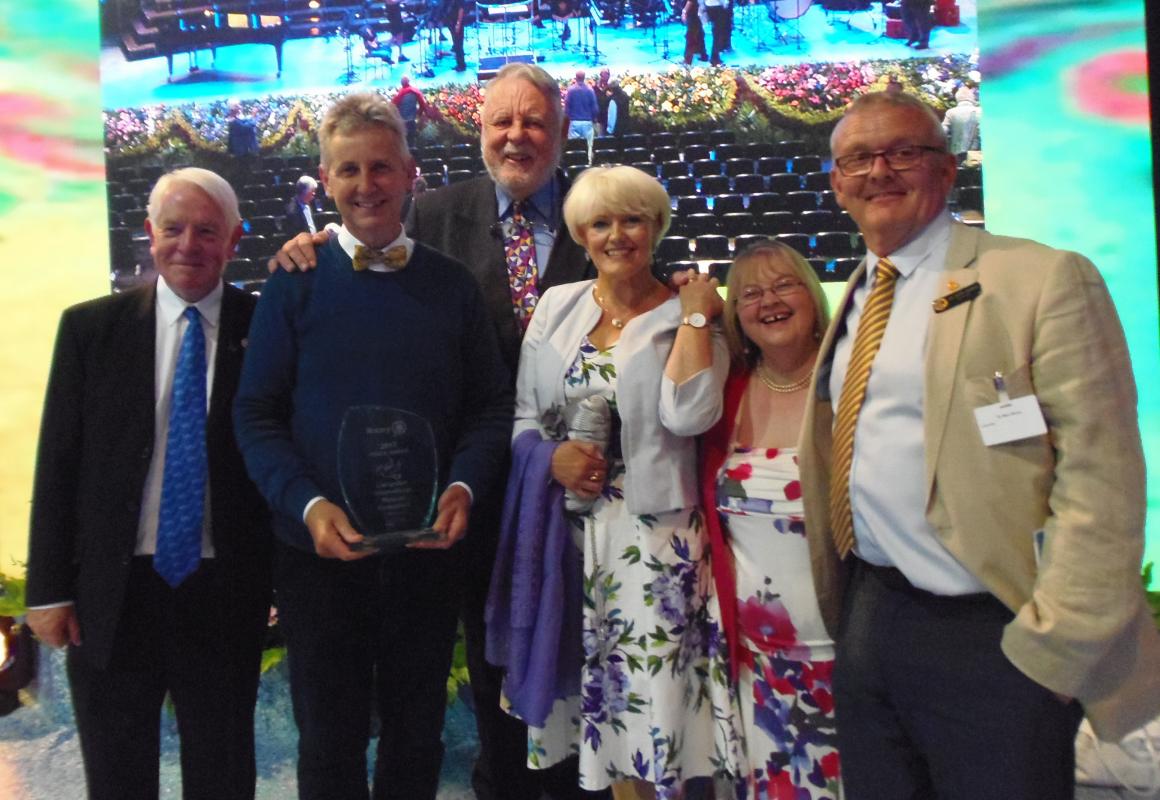 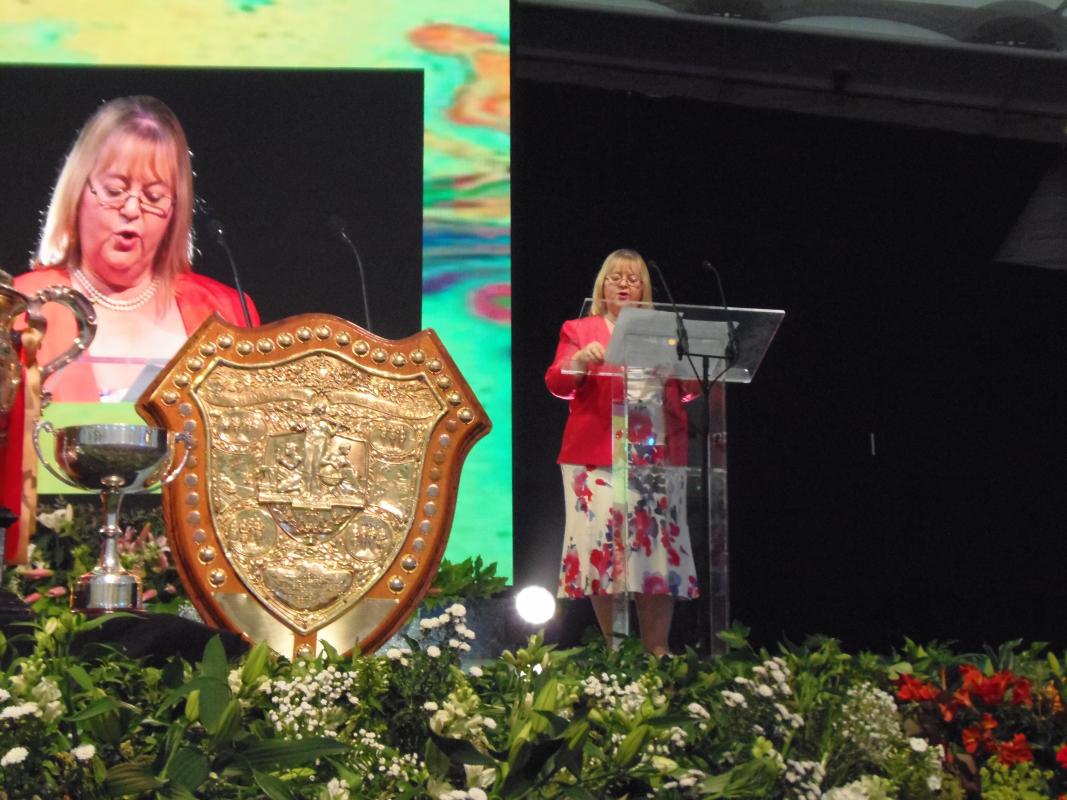 On Monday 3rd July 2017 at the evening concert, Rotary International District 1180 awarded the Rotary Peace Award. The adudicating committee found it very difficult to decide on just the one winner so, with District agreement, two trophies were awarded this year.

This year the award is sponsored by Typhoo and is to recognise an individual or organisation who has contributed to the furtherance of peace & understanding throughout peoples of the world. The award is open to anyone from any country.

The first International Musical Eisteddfod was held in Llangollen in 1947. In the years since then it has become one of the world’s great music festivals. It began as a way of healing worldwide wounds following the end of the Second World War. 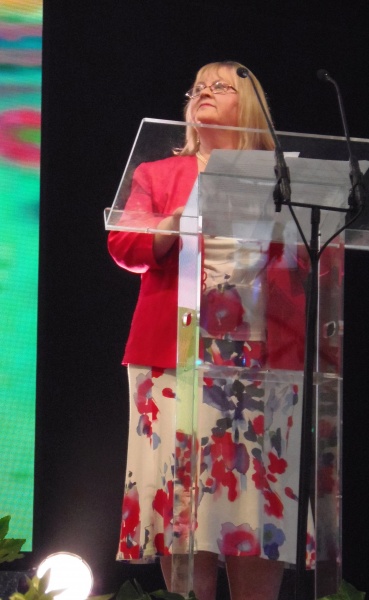 Llangollen falls within the area of Rotary International District 1180 which consists of 82 clubs spanning from Mid Wales up to Lancashire and includes all of North Wales, Wirral, Merseyside, parts of Shropshire and Cheshire.

Rotary International is a global organisation made of up of 1.23 million men and women Rotarians, 18+, who take part in humanitarian projects to help others in local, national and international communities. Rotary’s motto is “Service Above Self”. Rotarians all over the world donate their skills and time to help others less fortunate than themselves.

Rotary has been single-handedly responsible for eradicating Polio globally with the help of the Gates Foundation who match all donations two-to-one, up to US$35 million per year. We are very nearly there.

If you would like to give something back to your community and to find out more about Rotary and how you can get involved, visit: www.joinrotary.online

more Every document, web site, headed paper from your club MUST comply with the latest Rotary Branding. This area is designed to give you the information to make your club compliant with the branding guide lines and how/where to create your clubs own logo

more What do all of the acronyms mean in Rotary?

more This is a link to the District 1180 YouTube video resource for clubs to upload their video clips of their club events in District 1180. 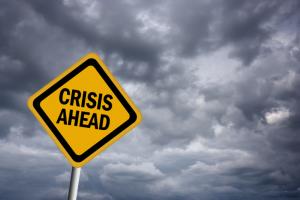 more When something happens that may reflect badly on Rotary or likely to attract adverse publicity - you may find this page helpful.

more Some help and guidance on Marketing & Public Relations in your club.