Competitors from all over southern Wales gathered in the impressive setting of Cowbridge Comprehensive School for the Intermediate and Senior final of Youth Speaks for the District. 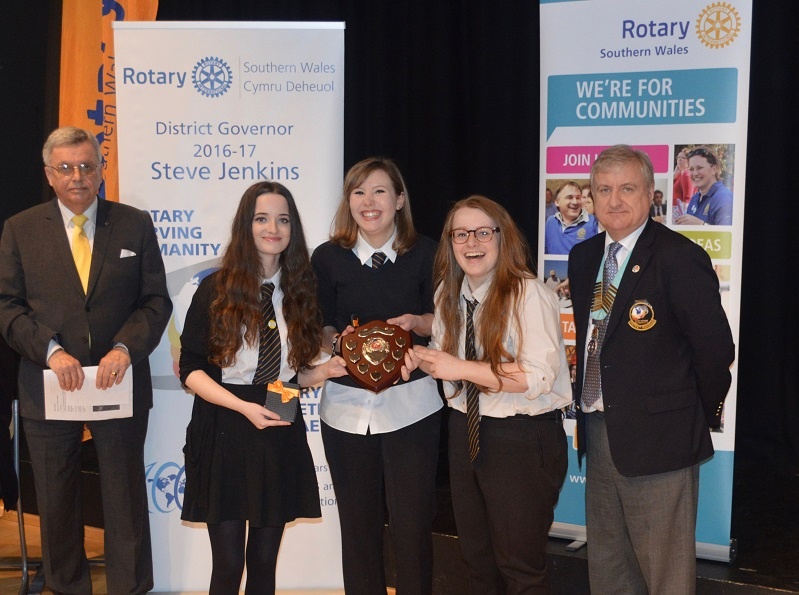 Competitors from all over southern Wales gathered in the impressive setting of Cowbridge Comprehensive School for the Intermediate and Senior final of Youth Speaks for the District. There were seven teams competing in each competition with subjects ranging from orcas and DNA to the social media and science.

Rebecca Hughes, Caitlin Jones and Elin Anthony from Maesydderwen Comprehensive School, Ystradgynlais won the senior competition on the subject of ‘The F word: Is feminism still relevant in the 21st Century?’. The team from Ysgol Gymraeg Bro Morganwg, Barry were runners up. 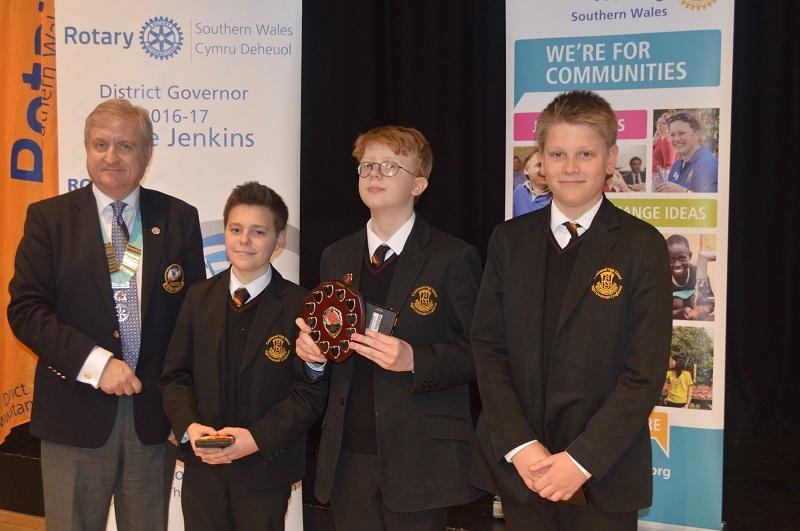 Joshua Jones, Gabriel Kennedy and Conrad Klapholz from Crickhowell High School won the Intermediate competition on the subject of ’This house believes that the death penalty should be abolished worldwide’. The team from Ysgol Y Preseli were runners up.

Two Panels of judges gave their free time to this event and did a great job. Professor Karen Fitzgibbon, Chair of the Intermediate Panel and Jeffery Robinson, Chair of the Senior panel stressed the impressive performance of all the teams. The capabilities of all those competing were tremendous and a credit to the schools and organisations they represented. Well done all.