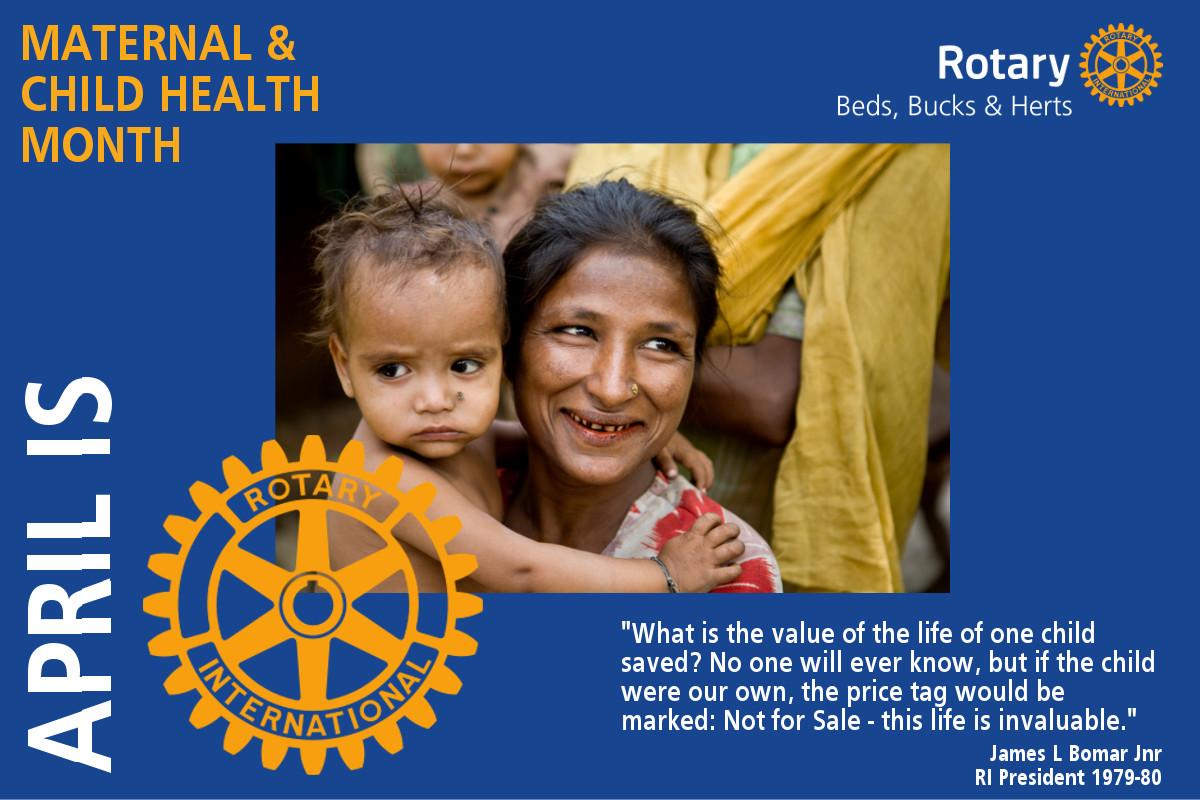 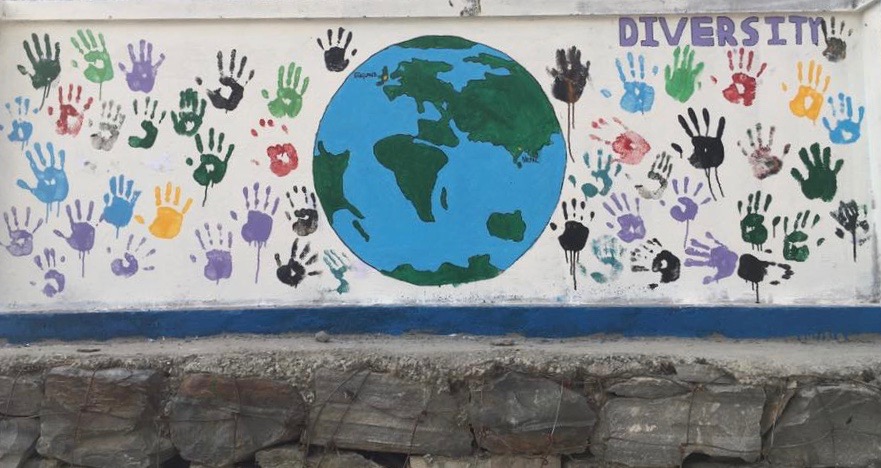 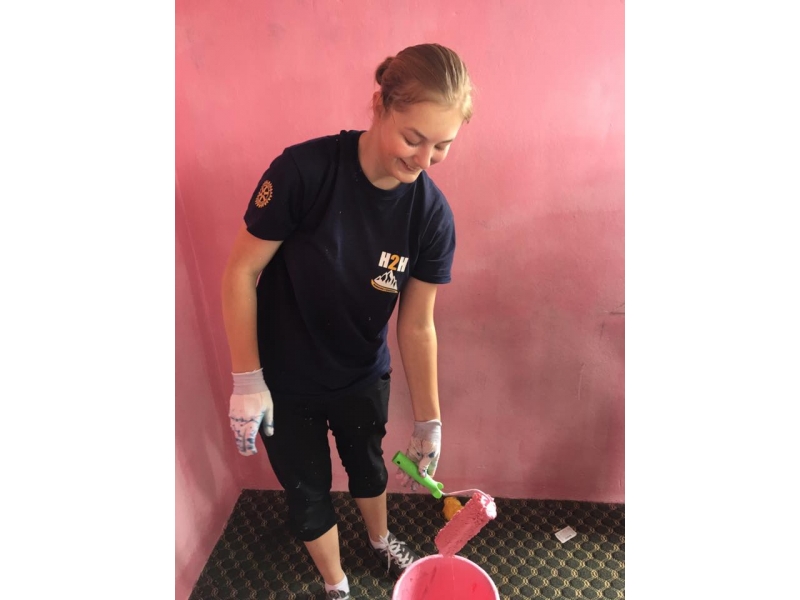 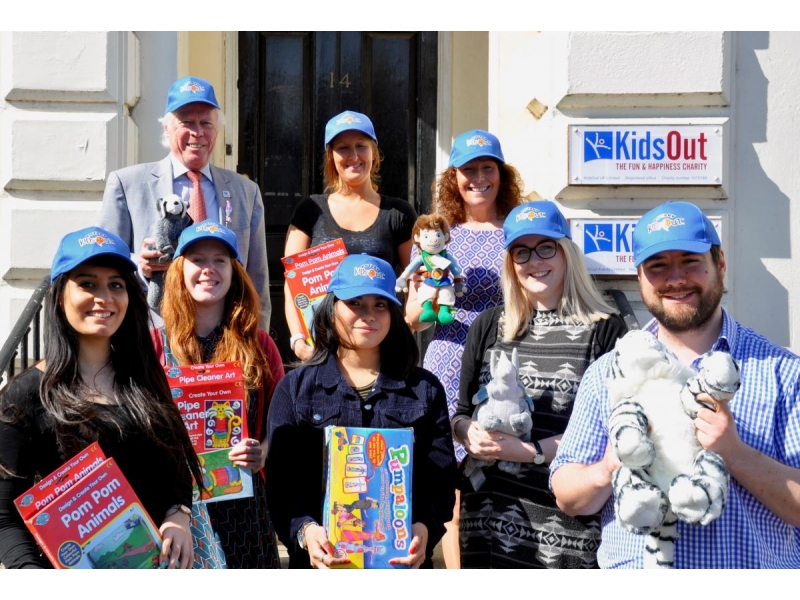 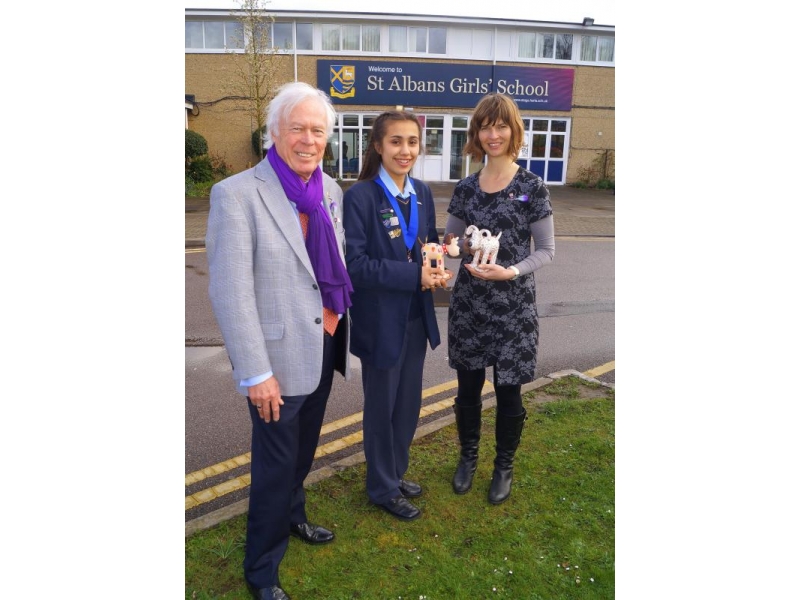 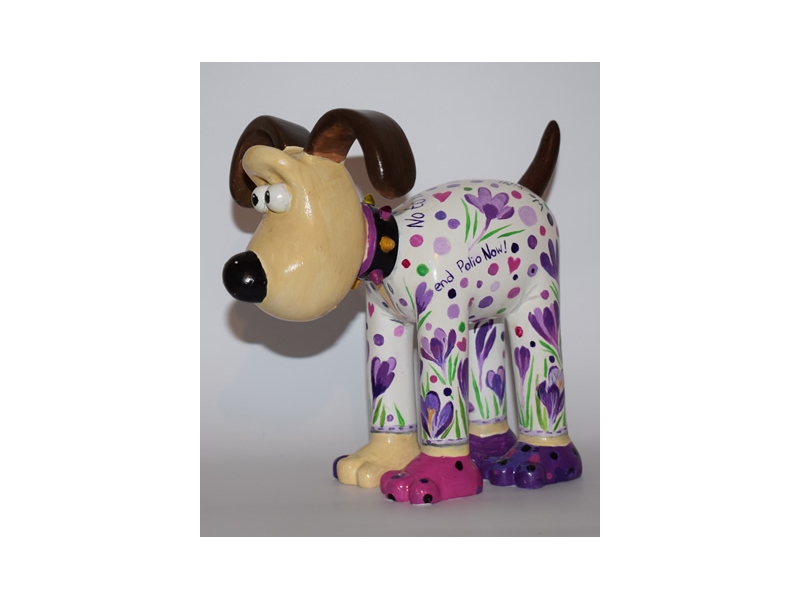 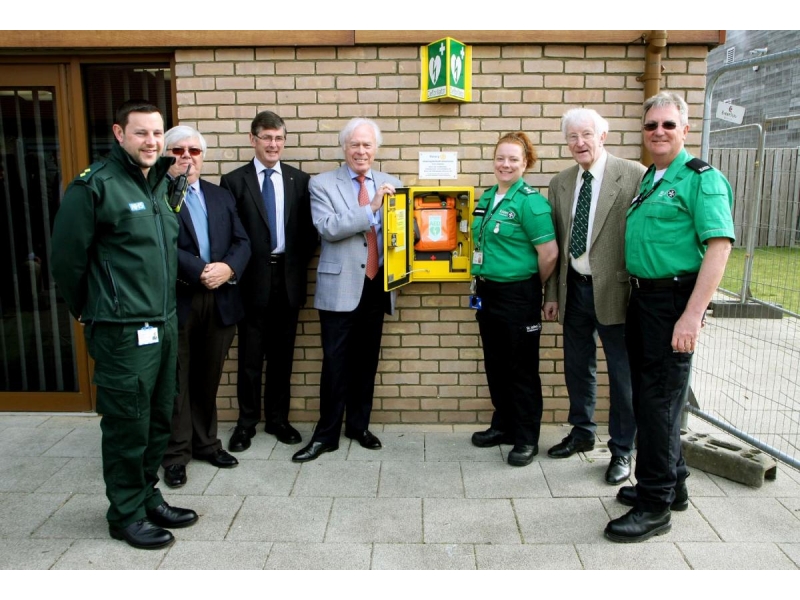 Community Service and a Trek to Everest Base Camp

The Hoddesdon to Himalayas (H2H) project was inspired by the BBC documentary The Highest Classroom on Earth.

Club President David Johnston and six Hoddesdon Rotarians together with two school mentors and ten students from the John Warner and Sheredes schools are currently in Nepal and will shortly be trekking their way to Everest Base Camp.

During their first week in Nepal the team carried out a painting project and other community service activities at the Jana Sewa School, Kathmandu, in conjunction with the Kathmandu Mid Town Rotary Club. You can follow the project by connecting with the H2H Facebook Page.

Visiting the Kids Out Team in Leighton Buzzard

The Rotary Club of Dunstable have been organizing the annual KidsOut Day for Rotary in Beds, Bucks and Herts at ZSL Whipsnade for many years.  Clubs within Rotary Britain and Ireland have welcomed more than 25,000 disadvantaged children on KidsOut Day on the second Wednesday in June to the seaside, theme parks and zoos, making happy childhood memories to last a lifetime.

Just imagine you are a child who has…..
Never received a gift
Never had a brand new toy
Never walked on a beach
Never been to a theme park or zoo
But you have lived every day in fear of abuse and cried yourself to sleep every night.

Each year 20,000 children escape domestic violence for sanctuary in a refuge.  On average, 6,000 of these children are relocated to an unfamiliar area away from the abuser but also away from family, friends and school.

KidsOut is the only charity working nationally to bring hope back into these children’s lives; partnering with every Women’s Aid Federation refuge in the UK to do so.  This is one of the many projects highlighted by KidsOut Chief Executive Gordon Moulds CBE and his team during my visit to their Headquarters in Leighton Buzzard recently.  Find out what KidsOut is up to nationally by clicking on the following link: http://www.kidsout.org.uk

I asked Mrs Debbie Johnson-Smith of St Albans Girls School (STAGS) to write a short piece for my newsletter.

“On Wednesday, 22nd April STAGS Rotary Interact club members welcomed two distinguished guests, Children’s author Camilla Chester and Chalmers Cursley Rotary District Governor for Herts Beds and Bucks to their Interact club meeting. The meeting was action packed with many interesting items listed on the agenda. The lunchtime began with a the joyful presentation of a Purple4Polio teddy bear prize to History teacher Miss Miles who had recently won the clubs Purple4Polio fund raising event ‘name the bear competition’.  The bear known as ‘Stiles’ was assured of a good home with her other bears!

This was followed up by an enlightening presentation given by Youth mentor Rotarian Ken Scott on the fabulous range of exchange opportunities that Rotary provides for its youth members. Next on the Agenda District Governor Chalmers, set the STAGS ladies an entrepreneurial challenge in a bid to raise additional funds for the Purple4Polio campaign to eradicate polio. His challenge was to convert a jar of Tiptree greengage jam and a box of 100 sachets of Typhoo tea into £50 by the 20th May. He said ‘Rotary in Beds, Bucks and Herts were prepared to match any of the donations £1 for £1 and that final total would be tripled by the Bill and Melinda Gates Foundation. The club members readily agreed to accept the challenge and swiftly moved on to discuss the Rotary Foundation Friday auction of the canine Gromit sculptures at the forthcoming district conference in Bristol during May.

Talented Children's author Camilla Chester officially handed over her celebrity canine Gromit. She had carefully embellished her sculpture with specially selected text from her fantastic book ‘Jarred dreams’. STAGS President Aaliyah Jalil was also delighted to give Chalmers their painted Gromit  which was decorated with a plethora of colorful fingerprints belonging to the STAGS Interact members.

As the meeting came to a close STAGS Interact club had a souvenir photograph taken at the front of the school to celebrate this memorable highlight of their day.”

Shaun and Gromit at District Conference

At the District 1260 Conference in the inclusive and unpretentious city of Bristol, home of Shaun and Gromit, we will be celebrating on ‘Foundation Friday’, 100 years of Rotarians doing good in the world.

Shaun and Gromit will be in attendance – because of a cunning plan to make an artistic statement that will bring publicity and funds for Rotary Clubs and The Rotary Foundation.

A number of Gromit models and a single, highly collectable model of Shaun have been decorated by local artists, authors, Interactors, the Rotary GB&I team at Alcester, the RI President John Germ and Vice President Jennifer Jones and the RI General Secretary John Hewko among others and they will now be offered for sale by silent auction.

These unique artworks will be displayed at the conference on the Friday Night Foundation Friday celebration where bidding will continue until the close of the Conference session on Saturday afternoon. The successful bidders and the total raised will be announced on the Saturday night at the Touch of Tartan Dinner.

The minimum opening bid for each Gromit and Shaun is £35.00. Subsequent bids must be at least £5.00 more than the current highest bid.  When the bid stands at £100.00 then subsequent bids will increase in multiples of £10.00.

Profits from this auction will be split 50/50 between the Clubs who have participated in sponsoring the Gromits and the Rotary Foundation.

You can view the lots and make your online bids now HERE or via the link on the main navigation menu on the Conference website:

We have enjoyed visiting 55 Rotary clubs up to now, Interact clubs and many youth and social events.  Barbara and I look forward to seeing many of you at the District Conference in May.