Baldock Rotary Club have officially handed over a defibrillator to the people of Stotfold which has been installed outside of the Council Offices at the Greenacre Centre. 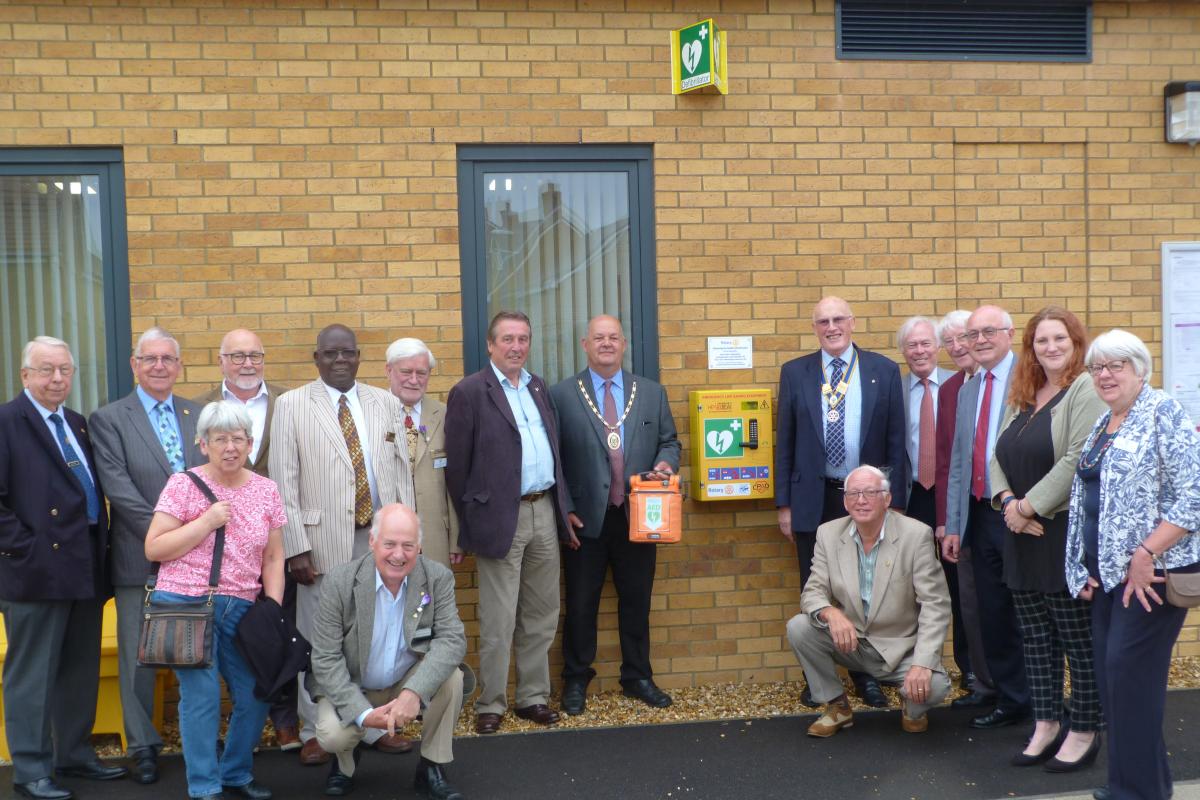 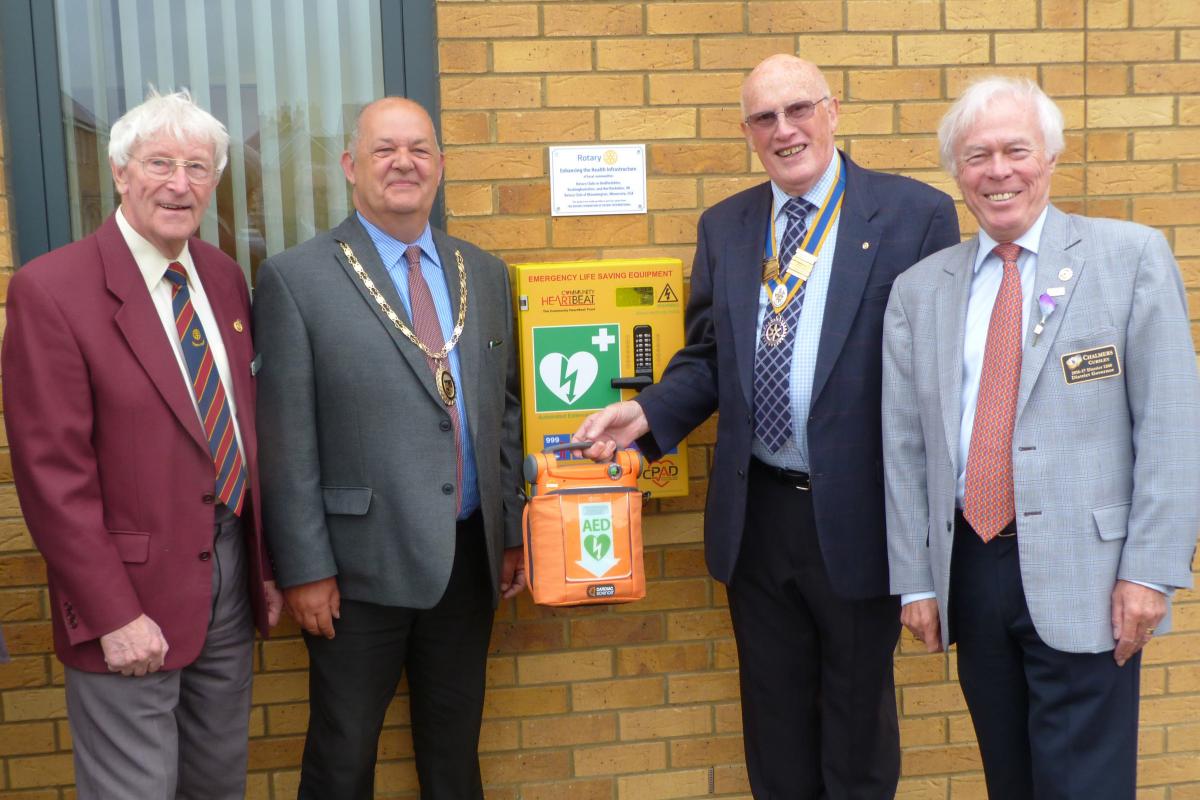 Speaking at the handover Rotary District Governor Chalmers Cursley commented that the defibrillator project was established to celebrate the centenary of Rotary Foundation, which is the charity belonging to the worldwide Rotary movement and he thanked Project Manager Paul Denton for his work in leading this project which has provided fifteen defibrillators throughout Herts, Beds and Bucks.

Baldock Rotary President Mike Williams handed over the defibrillator to Stotfold Mayor Alan Cooper who thanked Rotary for the donation saying that although he hoped the equipment would never been used to have a defibrillator available for the Stotfold community would be invaluable if it were to be needed.

This lifesaving equipment is available for use by the community 24 hours a day. Training will take place on Monday July 10th at 6.30pm at the Greenacre Centre.  Everyone is encouraged to come along and learn how to use the defibrillator.  More details can be found on the Stotfold News web-site.