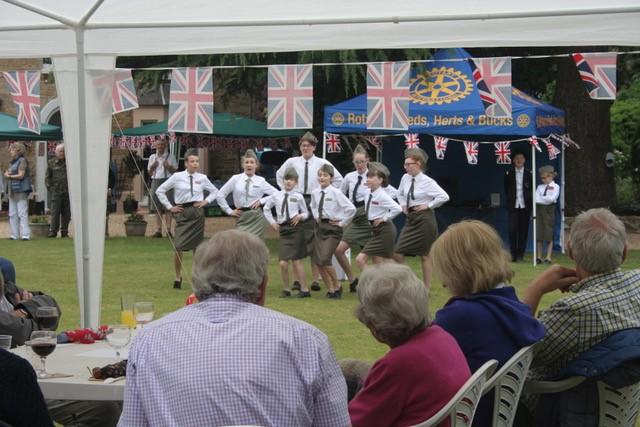 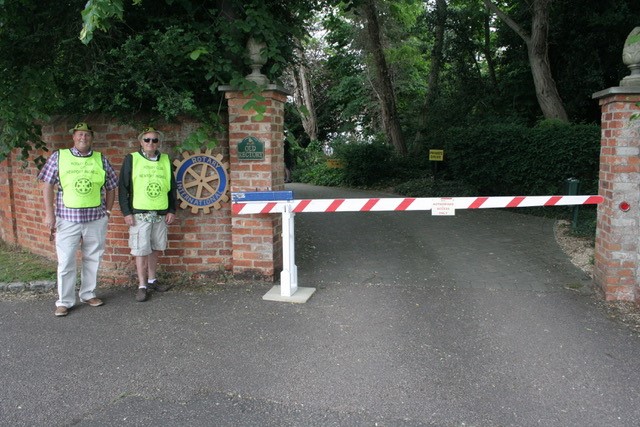 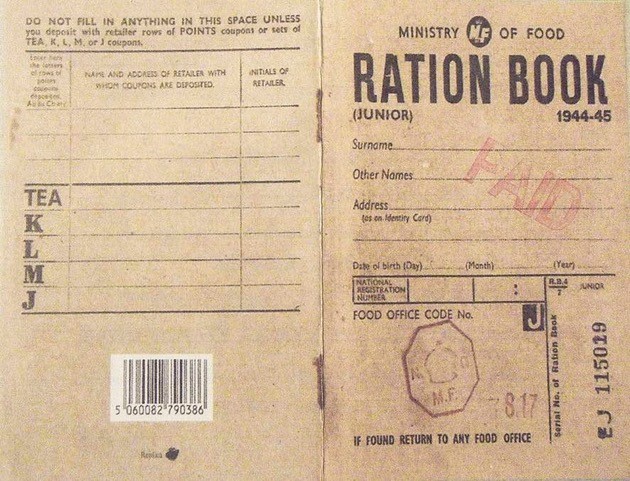 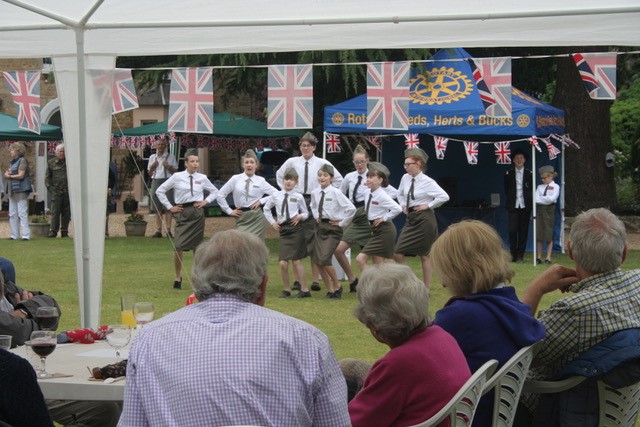 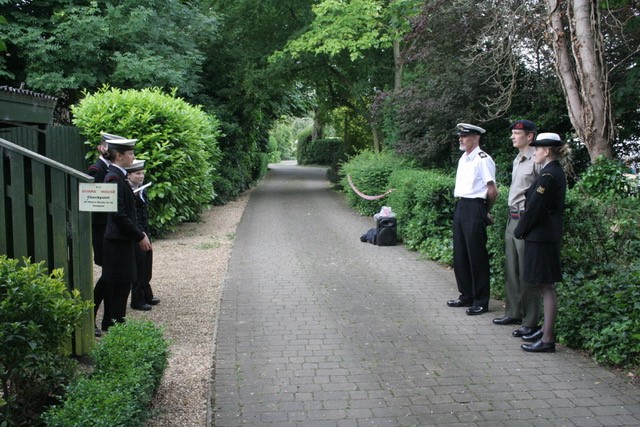 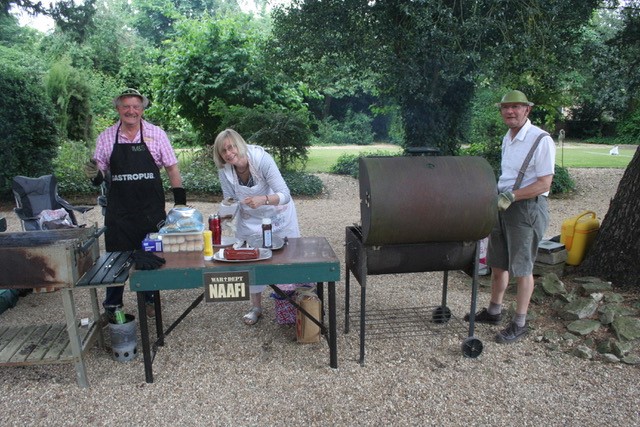 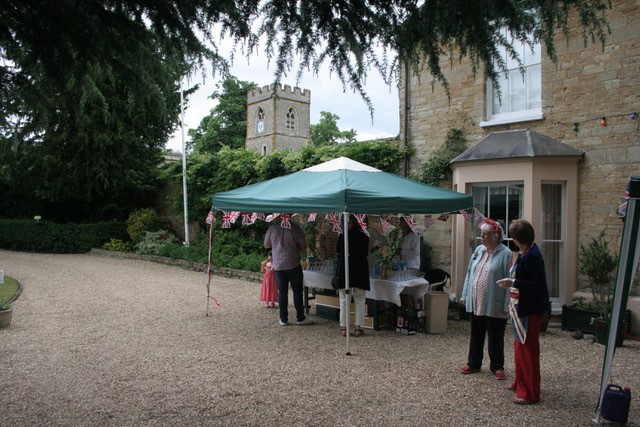 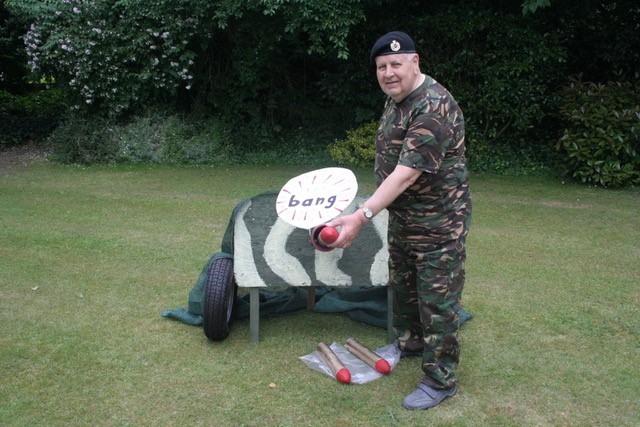 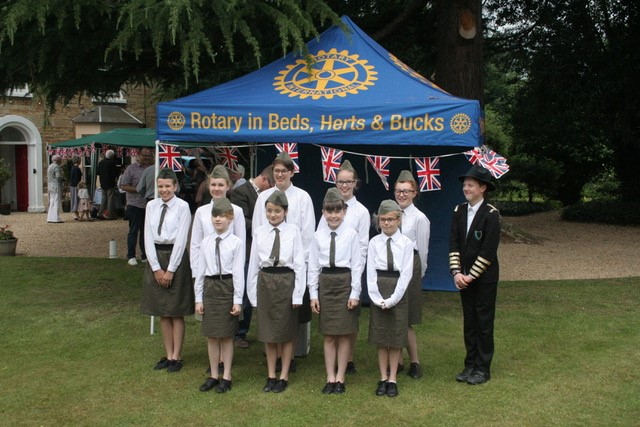 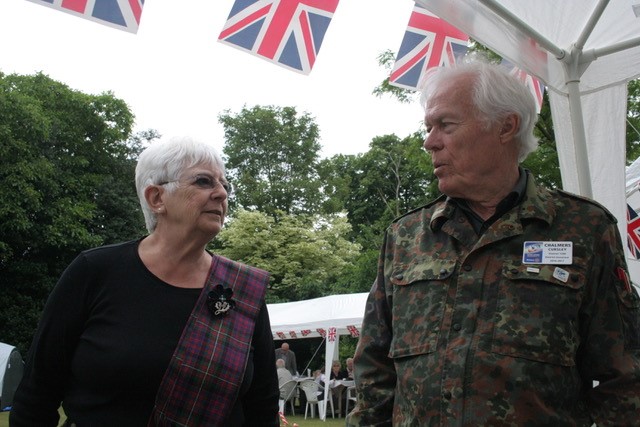 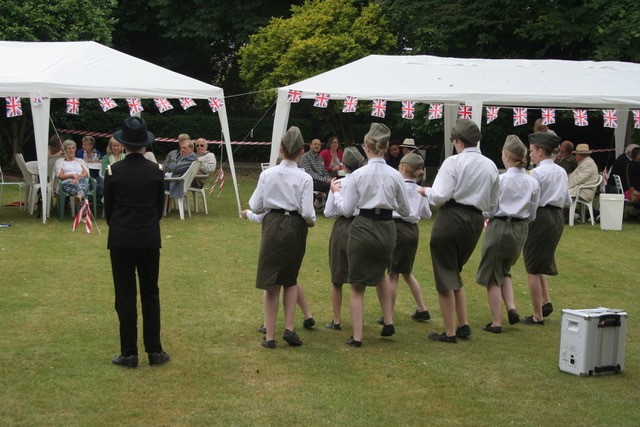 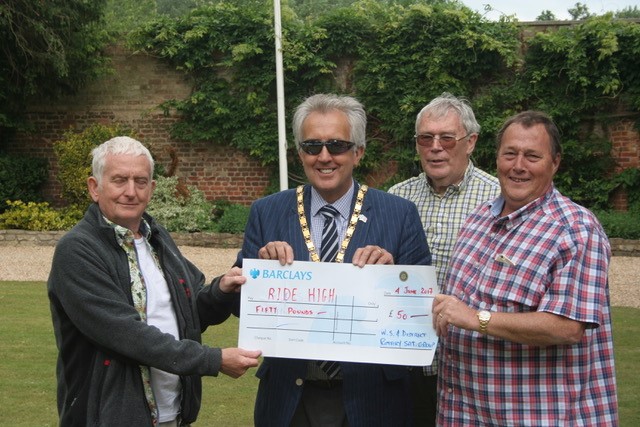 Well, on Sunday, 4th June 2017, the big day finally arrived after weeks of planning when the Satellite Group put on their first big event; the 40’s Style Garden Party. After a promising start in the morning, the sun vanished and the start of the afternoon turned grey, typical summer weather, but despite a short shower just as the entrance barrier was lifted, spirits were not dampened and the sun appeared.

With over 100 Rotarians and guests, there was ample parking in the street under the supervision of our Parking Wardens, Martyn and John, suitably protected in high-viz jackets and ‘tin’ hats. Guests started to arrive as the barrier was raised to be met by a corps of Sea Cadets from T.S.Invincible who checked and stamped the Ration book and maintained security. Councillor David Hopkins and his wife, the Mayor and Mayoress arrived and were escorted to their seat, followed by Rotary’s District Governor, Chalmers Cursley and his wife duly kitted out to reflect the military undertones.

Guests were treated to wine and soft drinks served by bar girls, Sue and Sandra in The ‘Off-Licence’, before partaking of the BBQ in the NAAFI, cooked by the two Rogers, masters of the burger and sausage, ably assisted by Anne and Iona. This was followed by a delicious array of cakes served by the Ladies of Dessert, Chris and Tricia.

As the afternoon unfolded and the food was eaten, we were entertained by a group of young ladies in uniform from the Diamond School of Performing Arts who sang songs from the war years.

The younger members of the attendees took part in games on the Games Lawn together with the opportunity to enter the balloon race.

During the afternoon, a substantial number of raffle tickets were sold and a special Ticket Number prize was won based on the number of the ticket. The basket contained a number of items that related to the war years.

The intention of the Satellite Group was to raise funds for local charities and to enjoy fellowship, two of the main traits of Rotary. During the afternoon a presentation was made to Councillor Hopkins of a cheque in support of ‘The Mayor’s Charity’ which is ‘Ride High’, a local charity.

The afternoon ended with the raffle draw and thanks to all concerned, especially to Rtn John Neale, for allowing the use of his garden for the event.

Unfortunately during the night the event field was subject to enemy attack which destroyed the 25 pounder field gun.