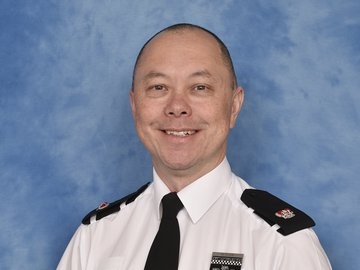 The Superintendent took over as LPA Commander in April 2016.

He joined Thames Valley Police in 1994 after working in sales and marketing following the completion of a degree in business. His early career was spent at Slough as a Police Constable and Acting Sergeant before joining the Learning and Development Department as a Police Trainer.

In 2001, he was promoted to Sergeant in High Wycombe before returning to Slough as a Patrol Inspector in 2004. He then spent six years as an Inspector on Protection Group, responsible for VIP and diplomatic protection.

He was promoted to Deputy Commander for Slough LPA in 2013, a role in which he served until taking over as Supt.