Another successful Wheelchair Challenge event was organised by Rotarians from the Rotary Clubs in Baldock, Bedford, Biggleswade and Sandy – for the sixth year running! 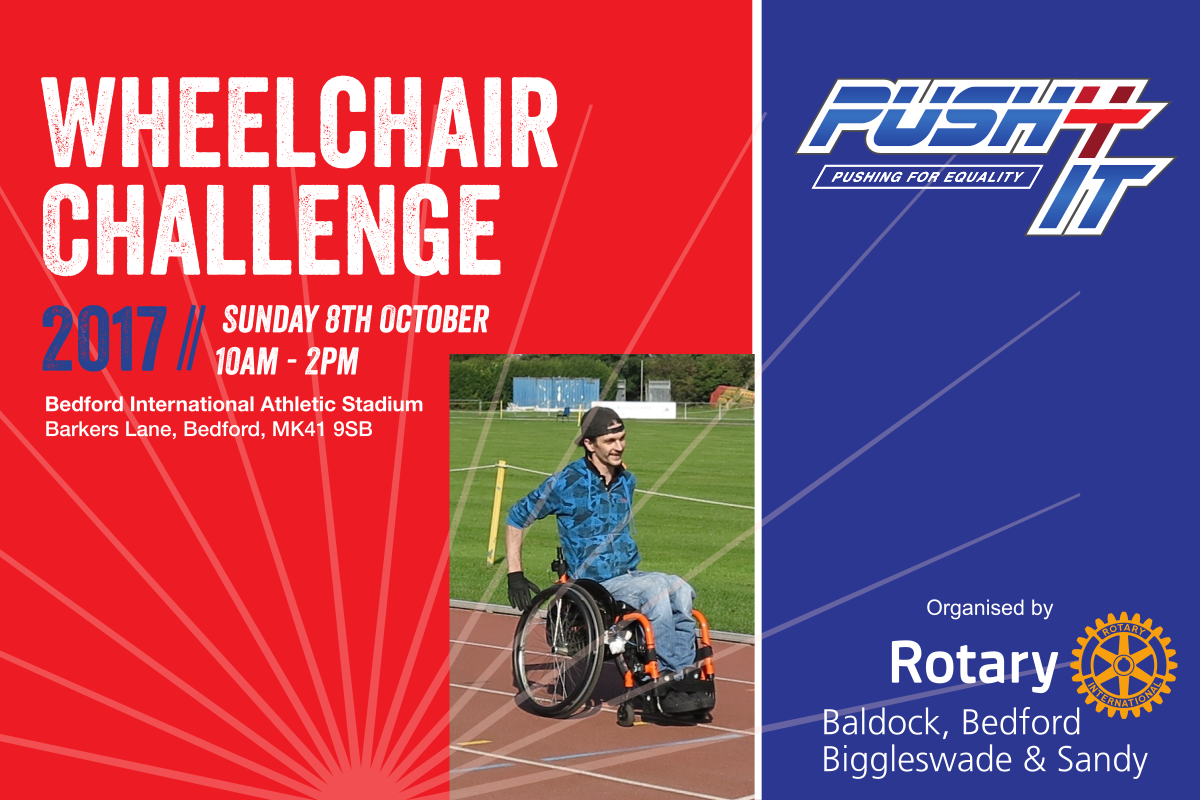 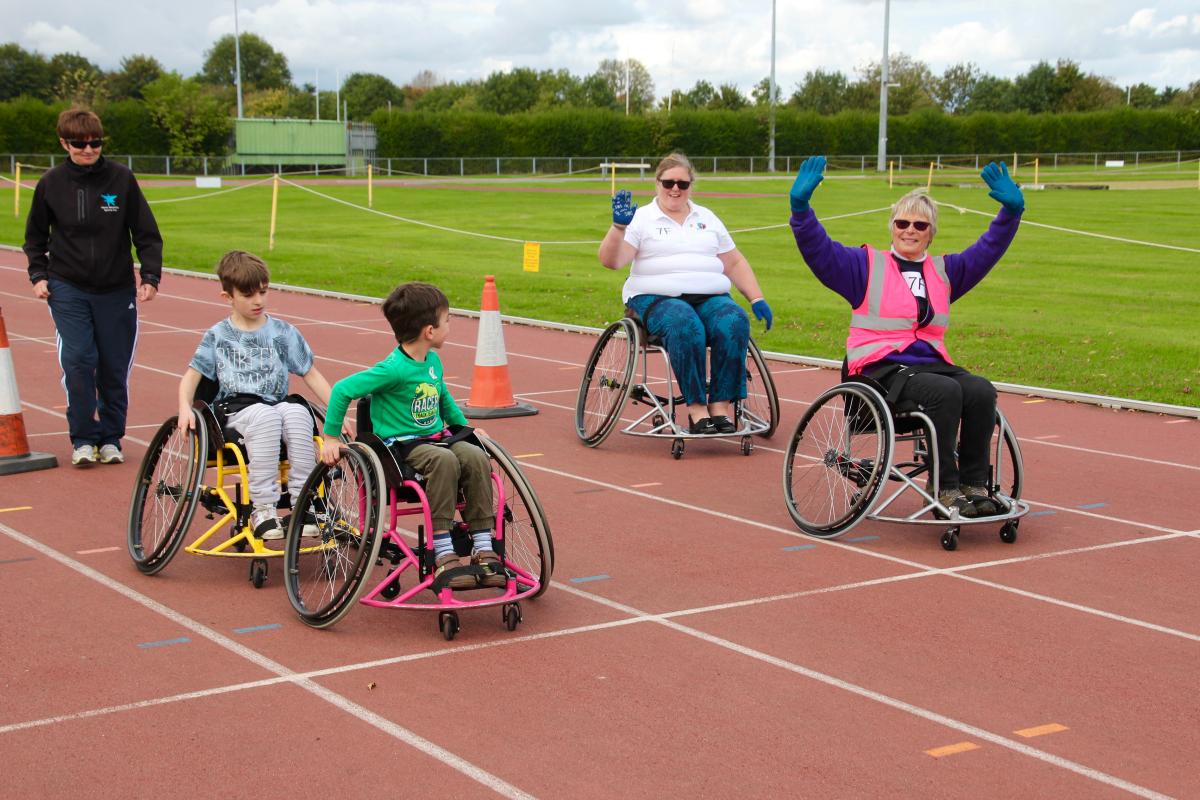 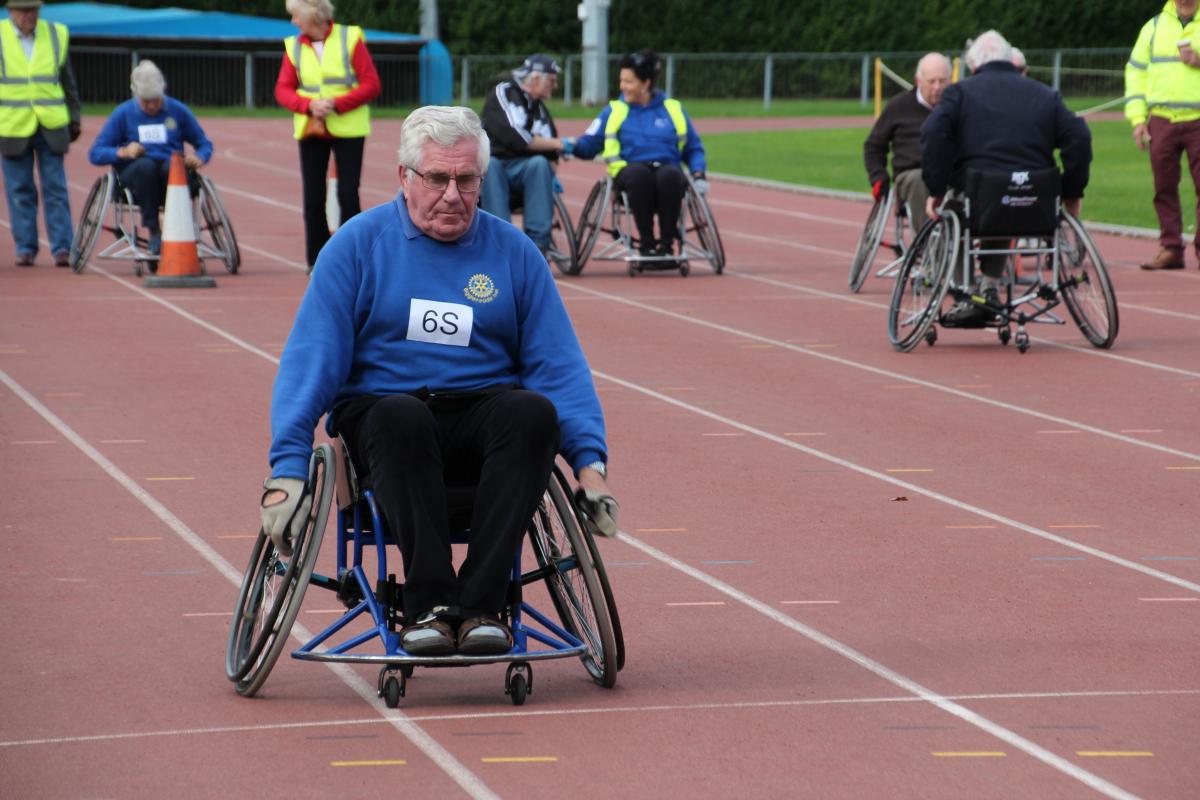 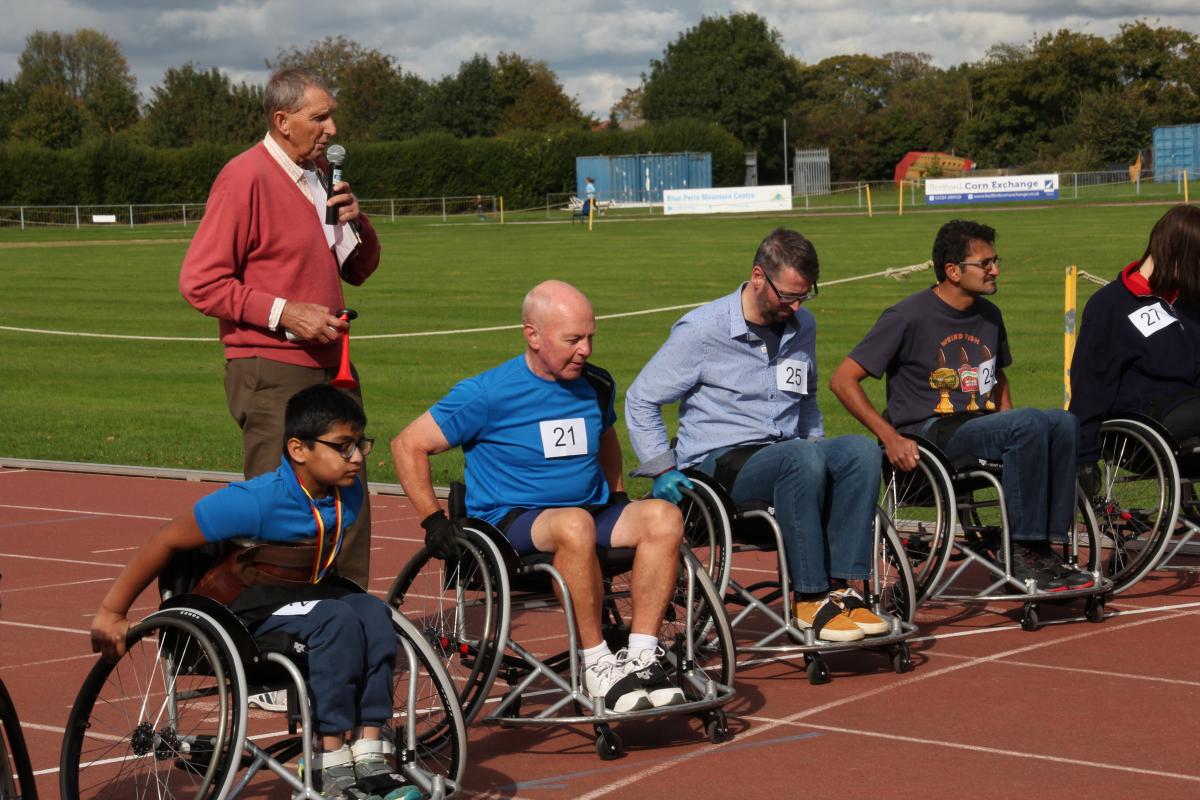 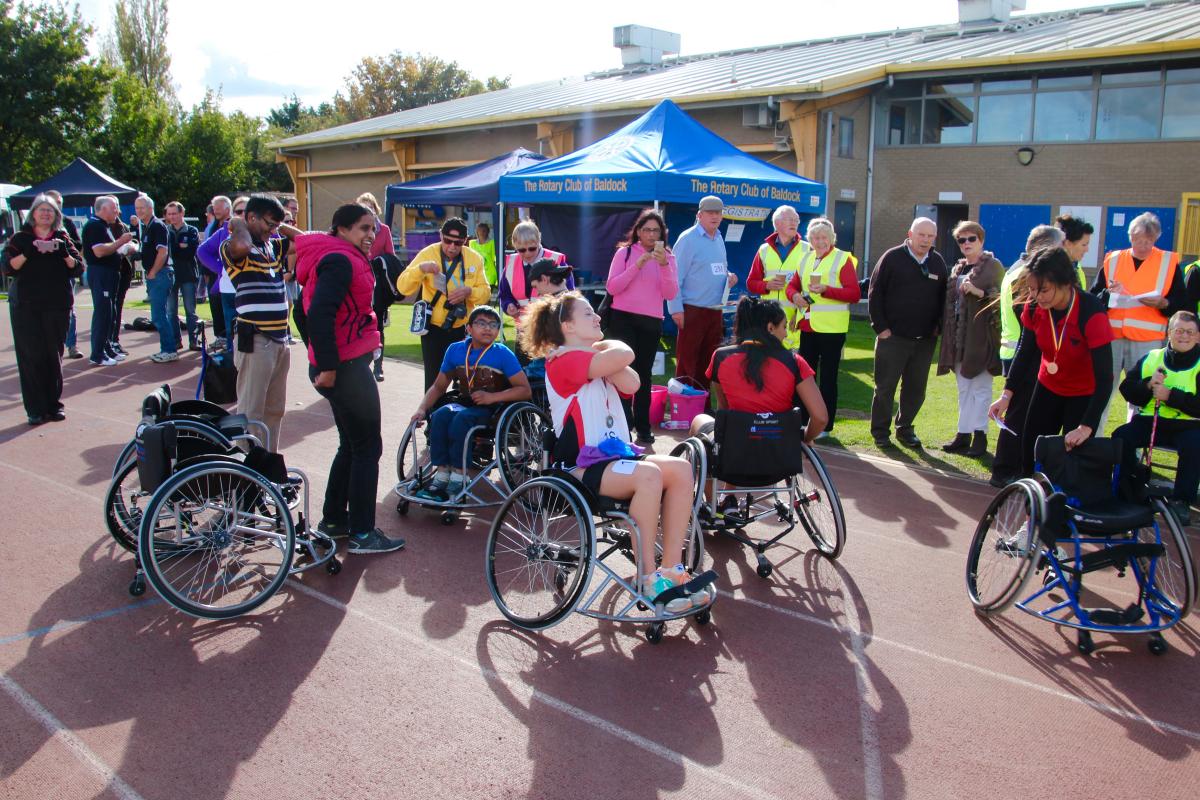 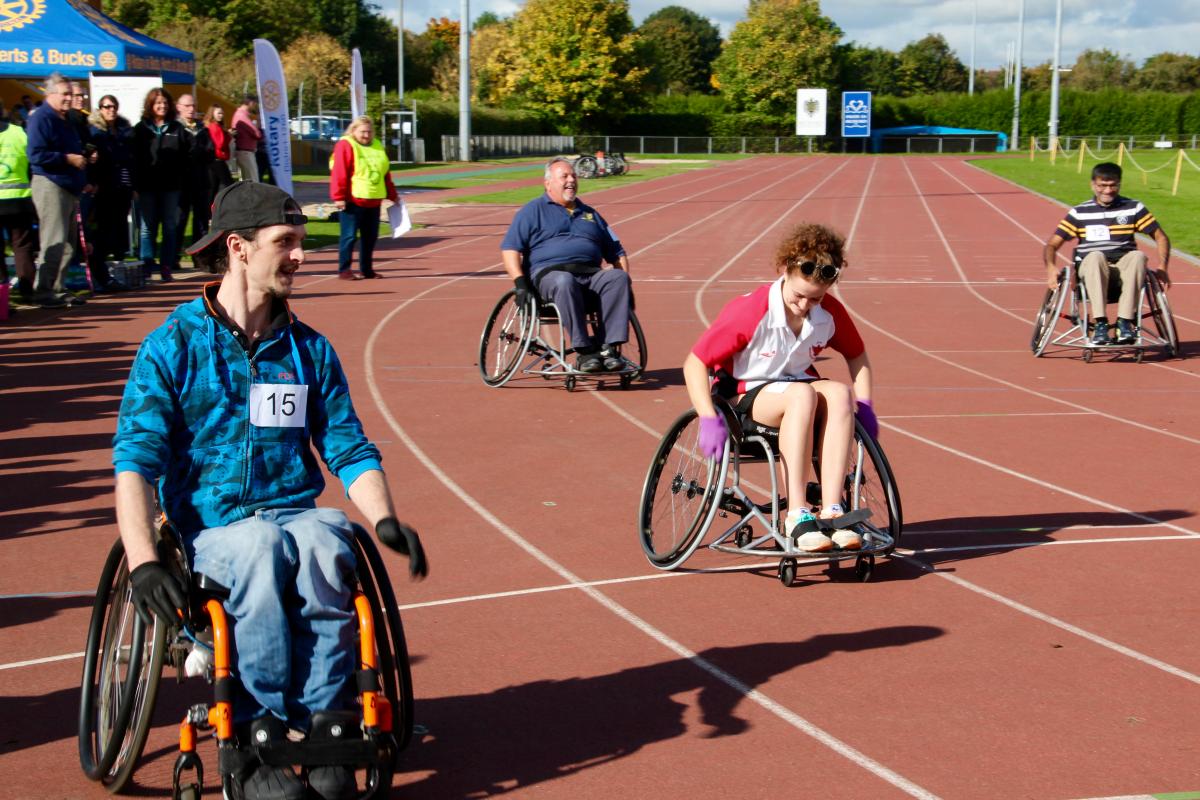 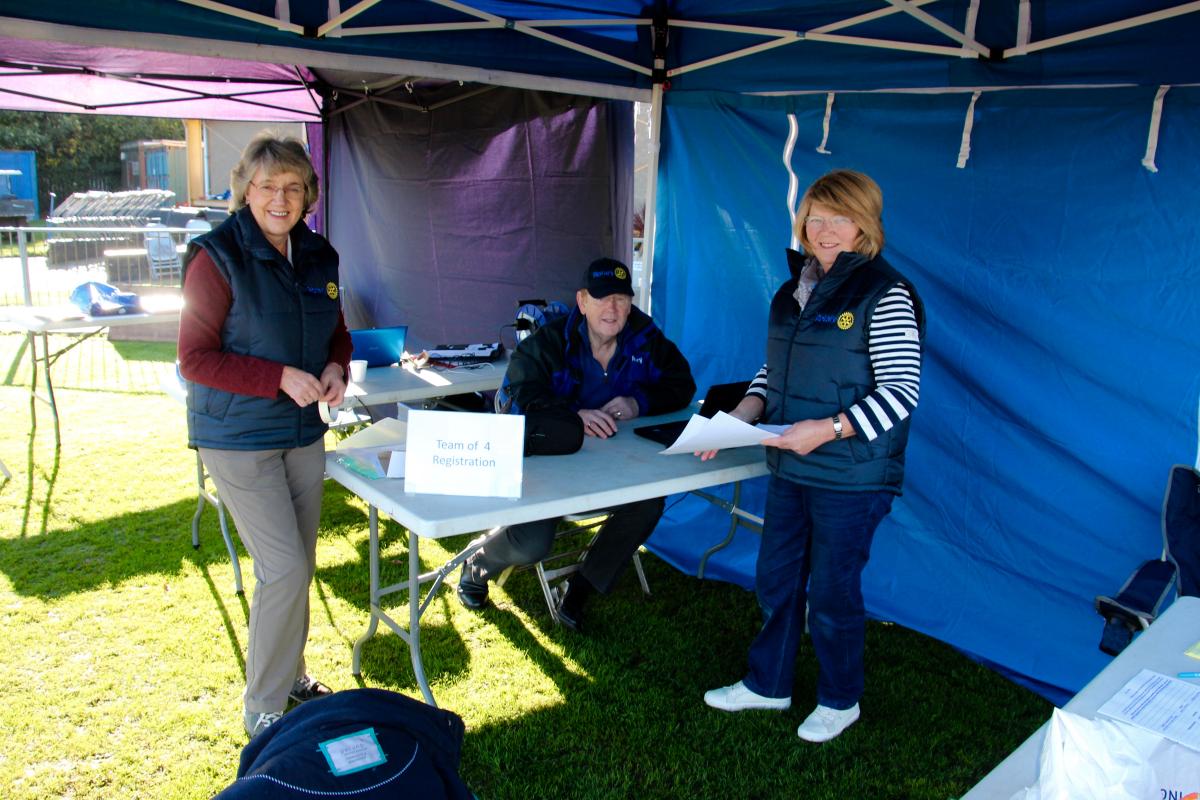 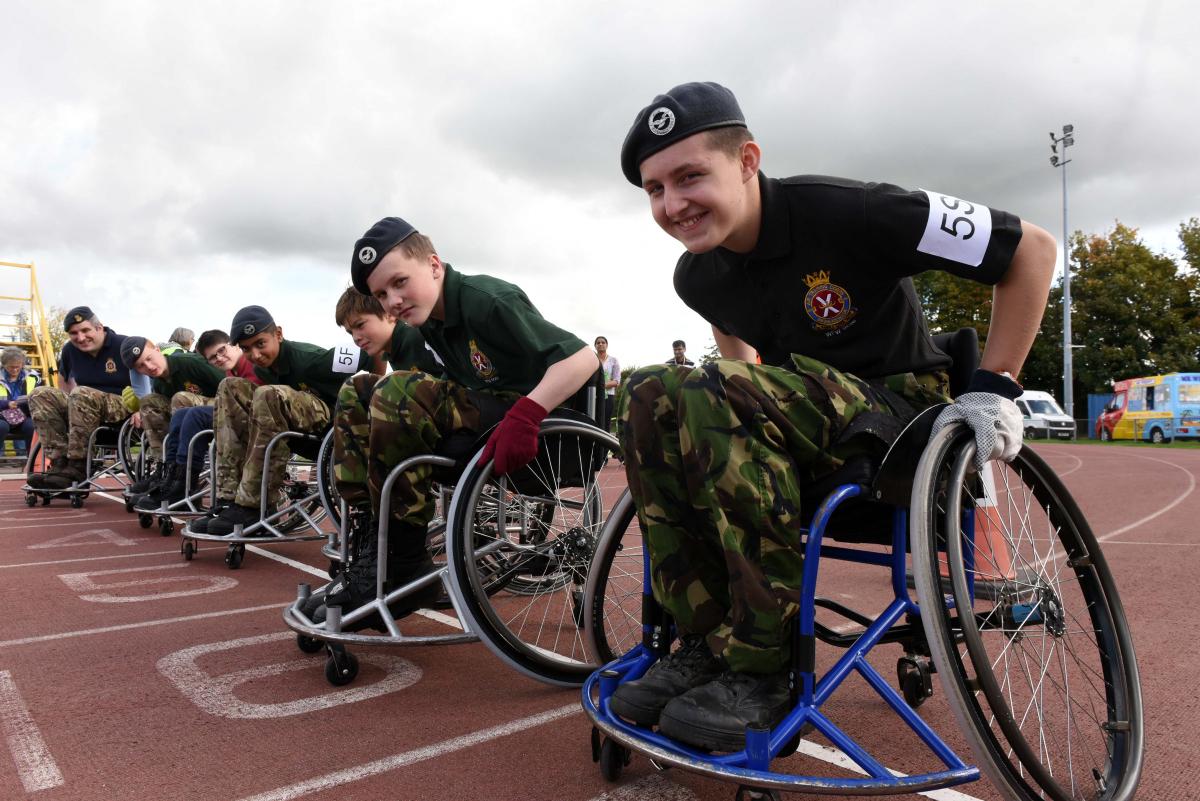 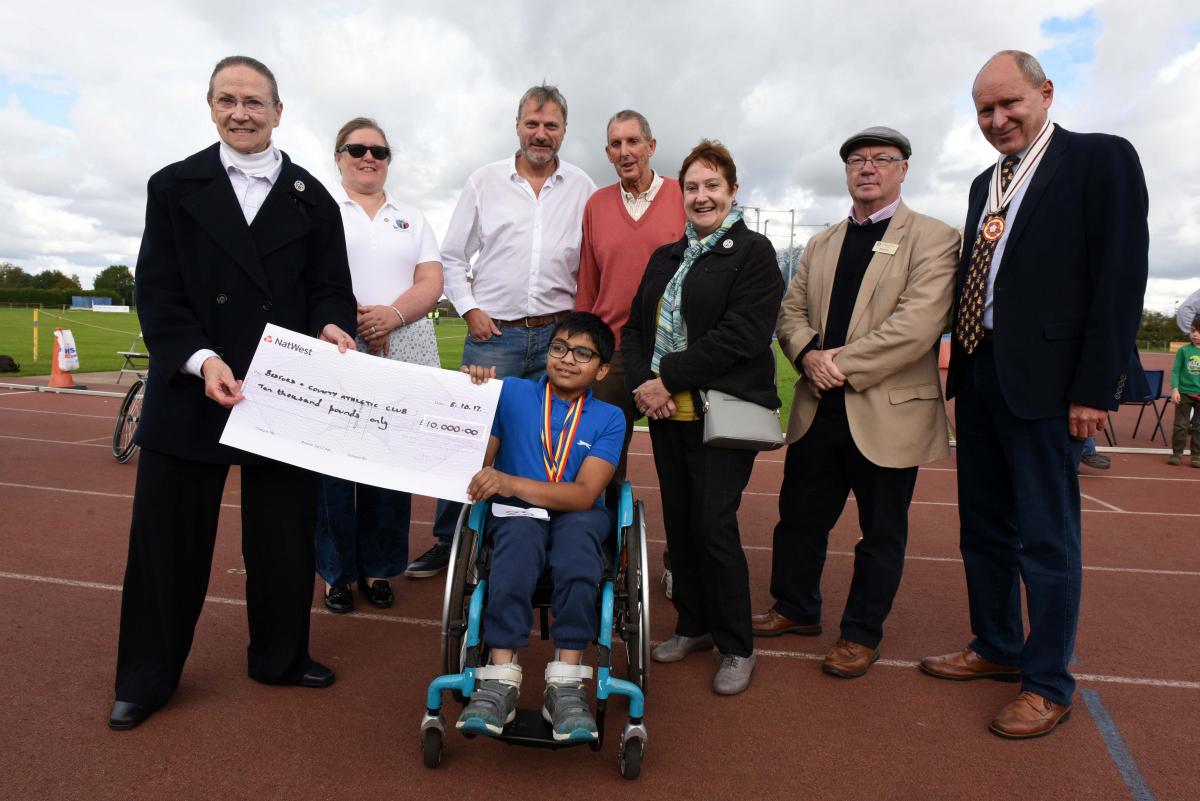 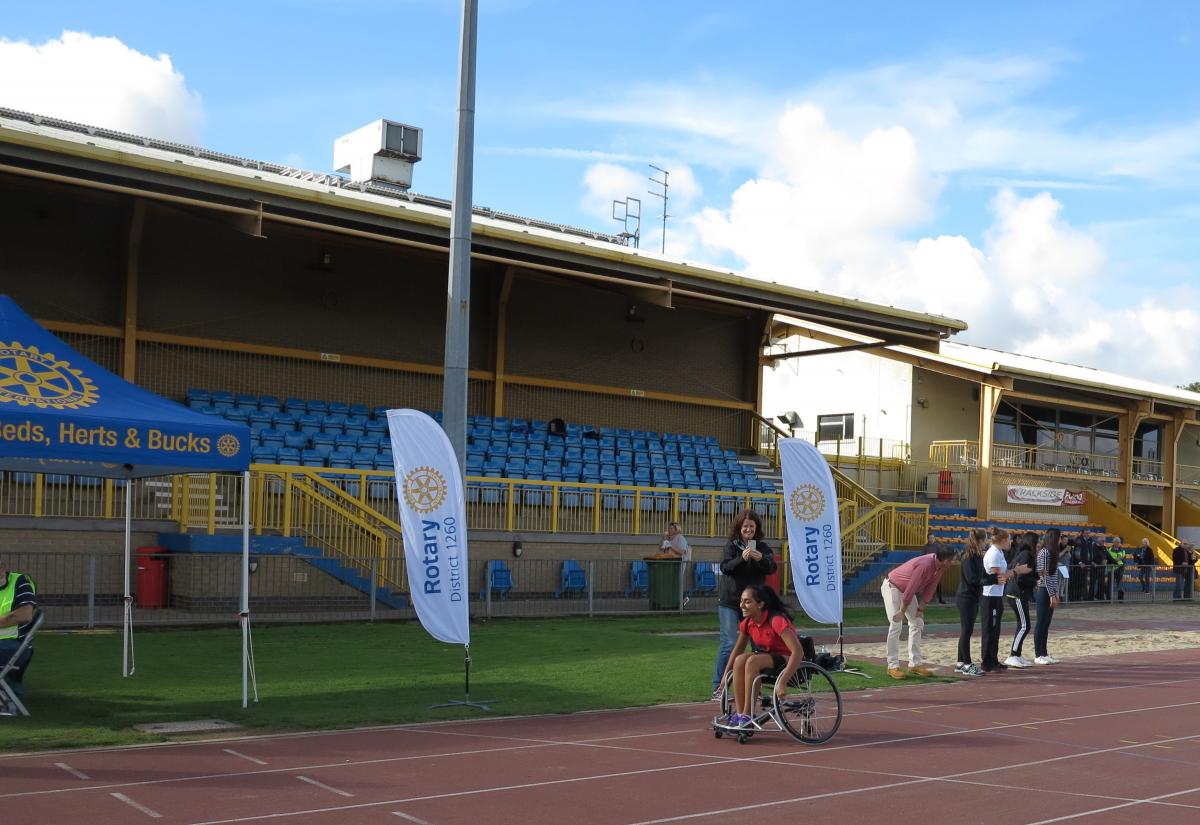 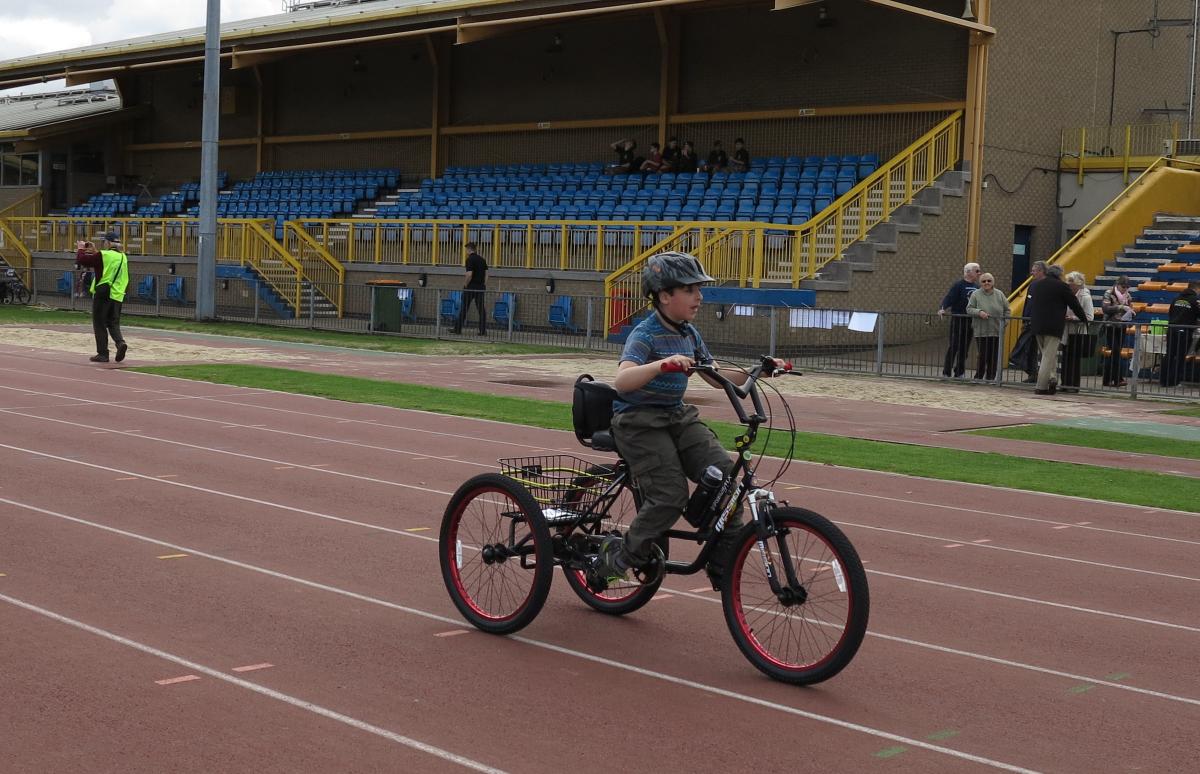 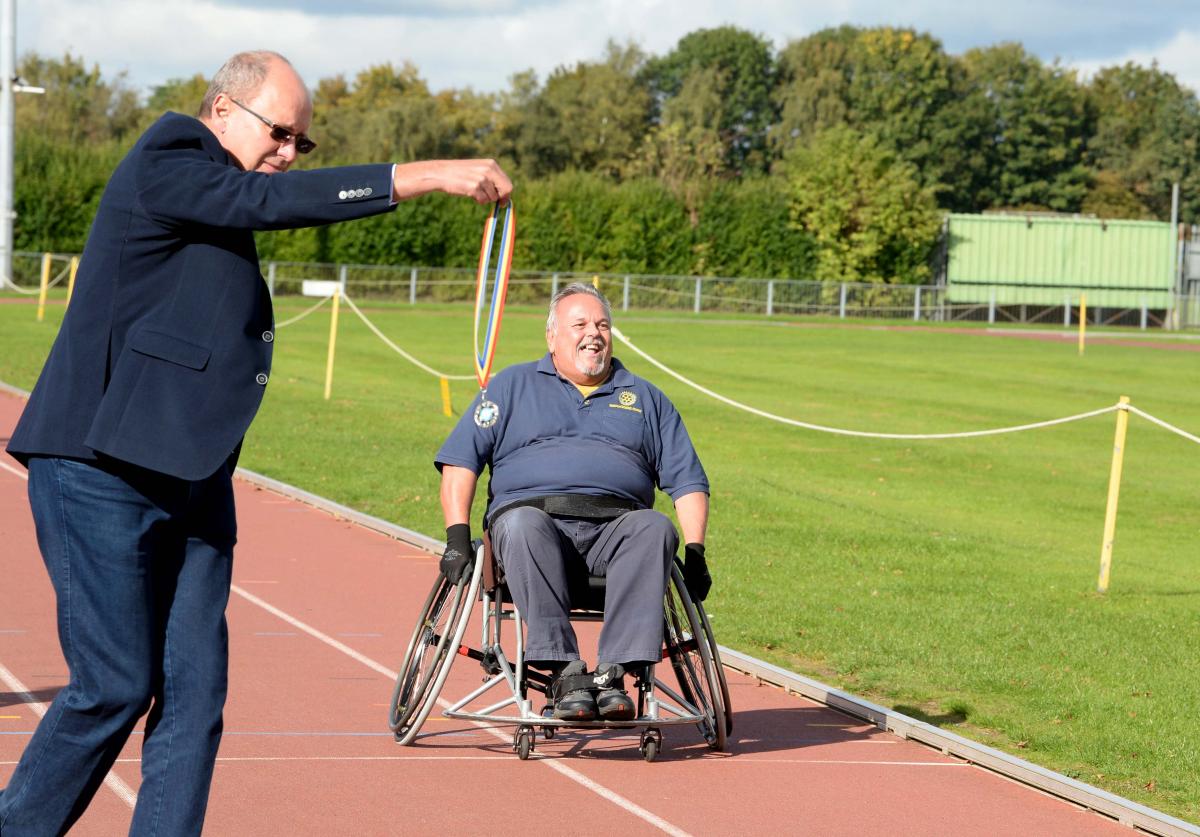 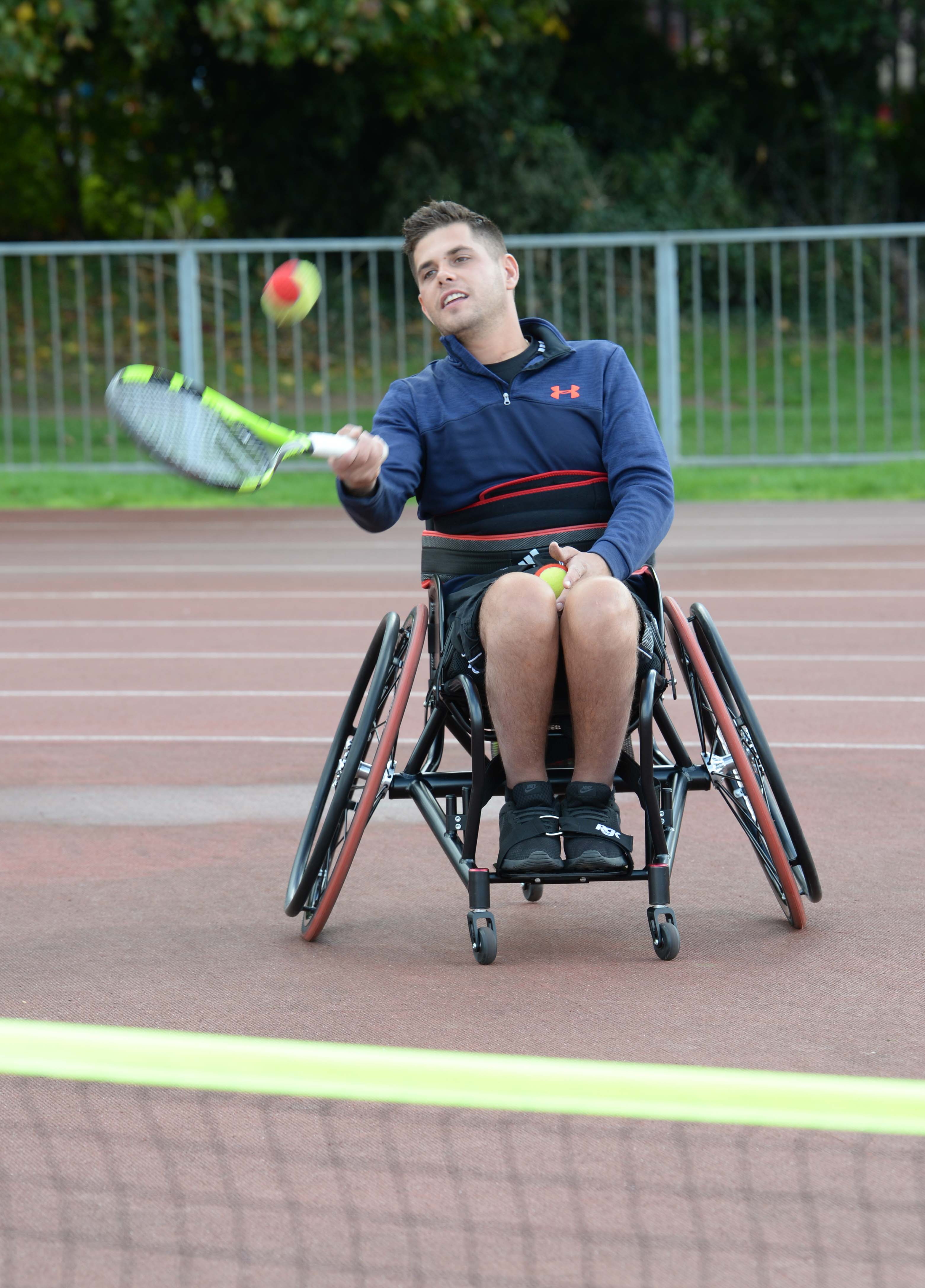 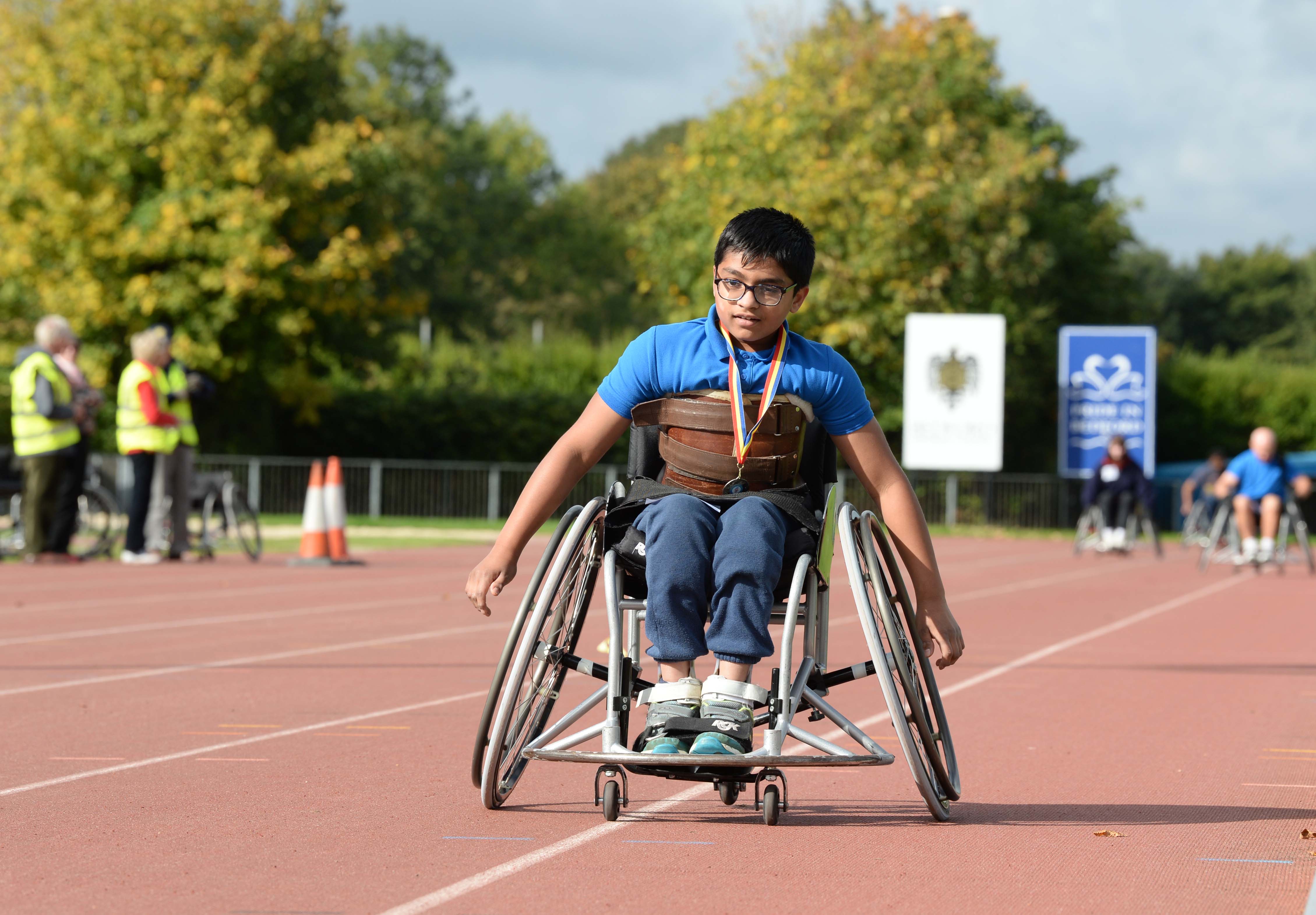 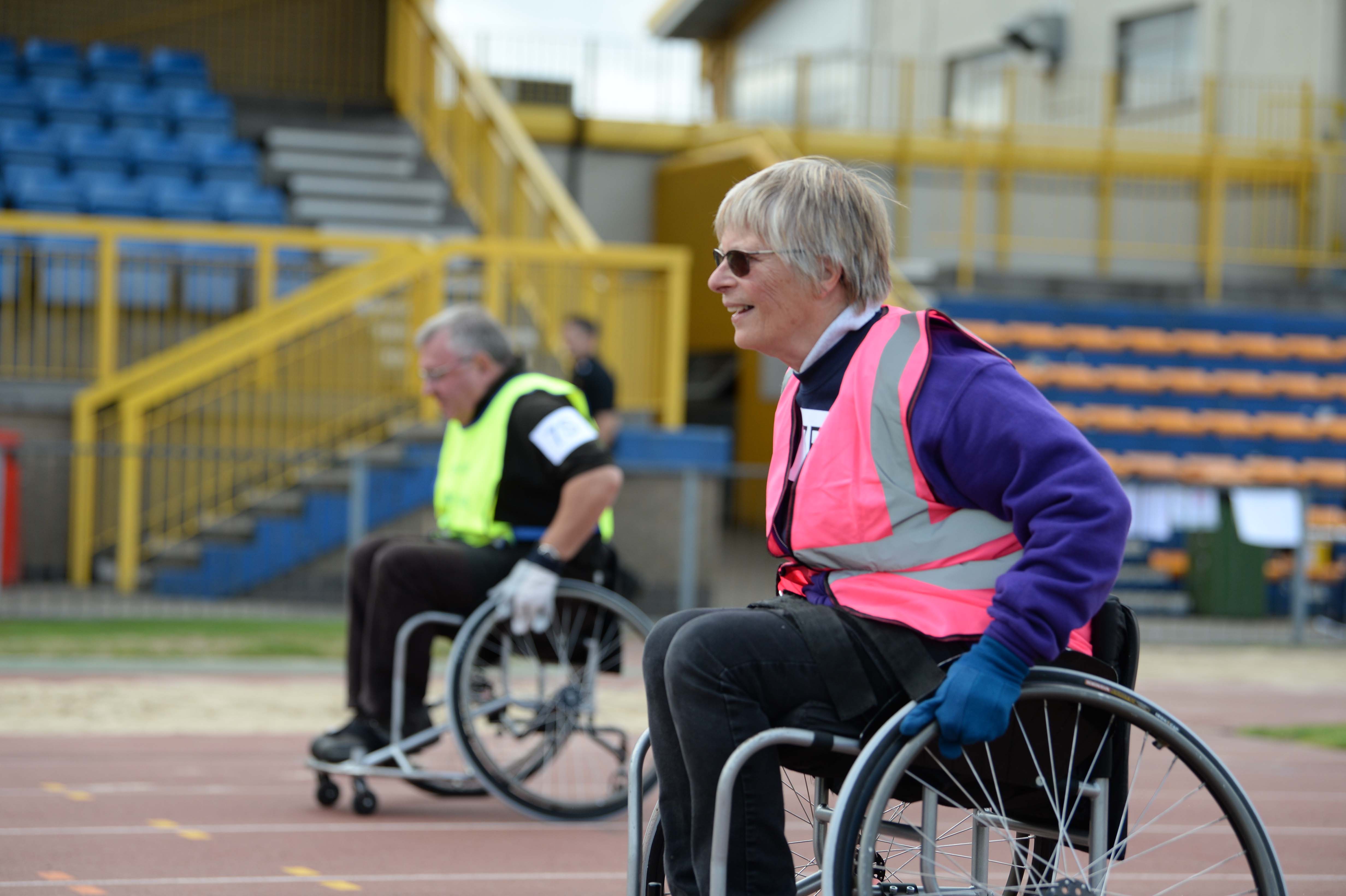 Now named Push4IT, with a smart new logo designed by HND graphics students at Bedford College, the event at Bedford International Athletics Stadium attracted 25 teams on Sunday 8 October, with each team tackling a 4 x 50 metre relay course, as well as nearly 20 individuals racing over a single 400 metre lap of the track and raised yet more money to add to the £30,000 already raised for the development of sport for young disabled people over the past five years.

In addition, the occasion saw Margaret Whitehead, President of Bedford Physical Education Old Students Association, hand over a cheque for £10,000 from the Eileen Alexander Legacy Fund for Bedford and County Athletic club to establish a new section for disabled people of all ages to compete in athletics.  The grant will be specifically used to purchase 3 racing wheelchairs and associated equipment.  Receiving the cheque was 12 year old Varun Bandi from Flitwick, whose strong support for the new club has been so much in evidence since he took part for the first time at the 2016 Wheelchair Challenge event.

The first family team to finish were Arriba (1 min. 26 seconds); the senior team, all over 65, were Ivel Rotators in 1min. 52 seconds, followed by Sandy Paralytics, 2 mins 12 seconds. It just shows what elderly Rotarians can do!

Adding an international dimension, a team made up of Rotarians from Noyon,(100 kms north of Paris), who were visiting Bedford Rotary Club competed and enjoyed themselves  - and perhaps they will come back again next year!

The planned demonstrations of the disabilty sports of boccia, seated volleyball and wheelchair tennis were expertly arranged by Ros Cramp B.E.M, Richard Ball and Gary Cox.

Details of the new Disability Athletics Section will be announced shortly and anybody requiring further information should contact Howard Darbon, the initiator of the Wheelchair Legacy Relay at hdarbon@ntlworld.com.  He says, “I am always amazed at the abilities of disabled people and we want to offer opportunities, particularly for young people to enhance and develop their lives and interests through participation in sport.”

On behalf of the Rotary Clubs that did such a wonderful job in making the event run so smoothly, Mary Whitehead added, “We are very grateful to all the participants, helpers and spectators who made the event so successful and enjoyable.”