A Valentine's Night Out with the Stars of the Sixties

On February 16th, 2018 a Charity Concert, featuring The Merseybeats and The Paul Francis Band, presented by Wilton Inner Wheel Club in aid of The MS Society. Reduced rate for parties. 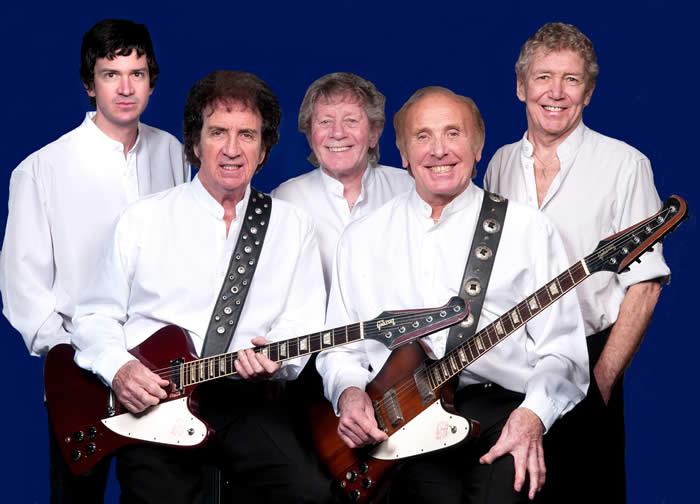 The Inner Wheel Club of Wilton has booked an exciting musical line-up for a charity concert to raise funds for the Muscular Sclerosis Society.  The show will be staged on Friday February 16th at The Michael Herbert Hall in South Street, Wilton and comprise an evening of music and dancing, with cabaret-style hot supper (Britz) and licensed bar (Downton Brewery), featuring The Merseybeats and The Paul Francis Band. Click here to book online or contact The Valley News.  See poster for full details.

The Merseybeats can only be described as one of the most powerful and exciting acts performing live music They still continue to enthral thousands of fans world-wide and are one of the most popular and authentic sixties bands still performing 50 years on!  A Merseybeats performance is spectacular and pulsating experience with classic hits including “I Think Of You”, “Wishin’ & Hopin'” and “Sorrow”.

The Paul Francis Band perform an eclectic mix of adult oriented music paying tribute to some of the finest Singer / Songwriters. From the laid back sounds of Jackson Browne and James Taylor, through to the sophistication of Stevie Wonder and energy of Bruce Springsteen. The Paul Francis Band will take you on a timeless musical journey. Paul Francis has been a professional musician since the early 60's when he joined Tony Jackson and the Vibrations. He appeared on Top of the Pops and Ready Steady Go and toured the UK and Europe.