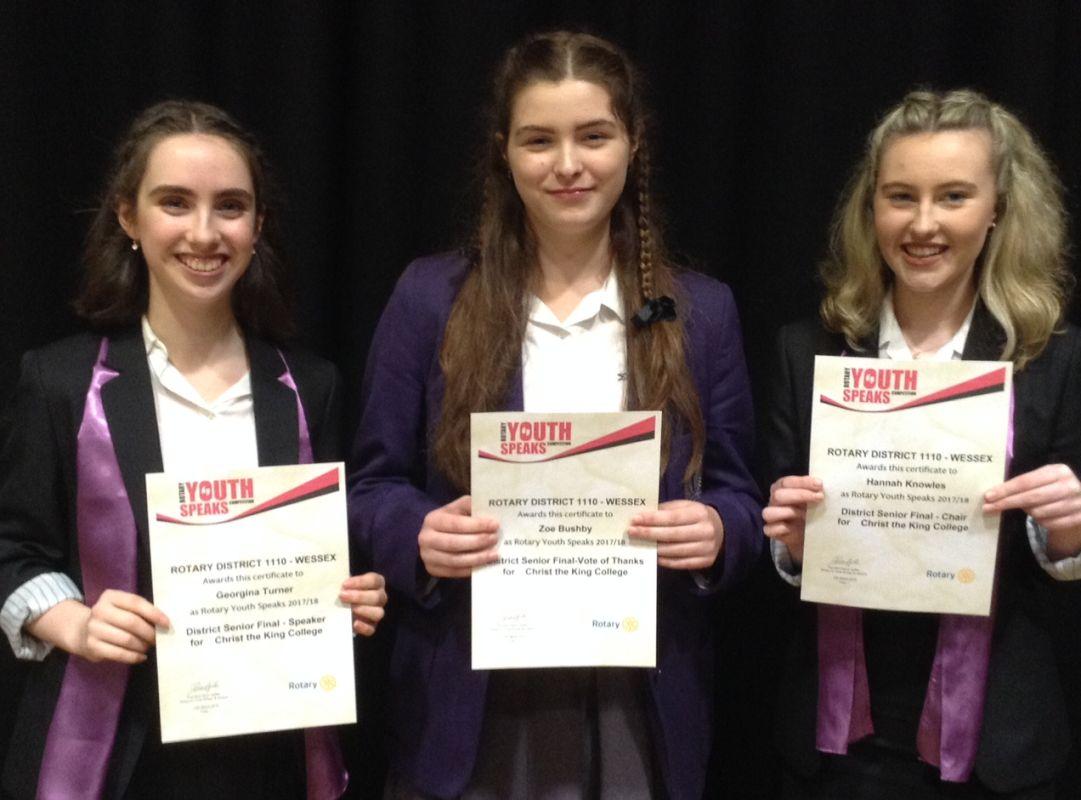 The Island Finals were held at the Riverside Centre on Tuesday 6th February
were won by an intermediate team from Sandown Bay Academy and a senior team from Christ the King College.

The District Youth Speaks final, the winning teams from Sandown Bay Academy and Christ the King College entered, although they were up against some stiff competition and the standard was very high the team from Christ the King came 1st out of the 7 teams in their section and will therefore be going forward to the Regional Final in Shaftesbury on 21st April 2018