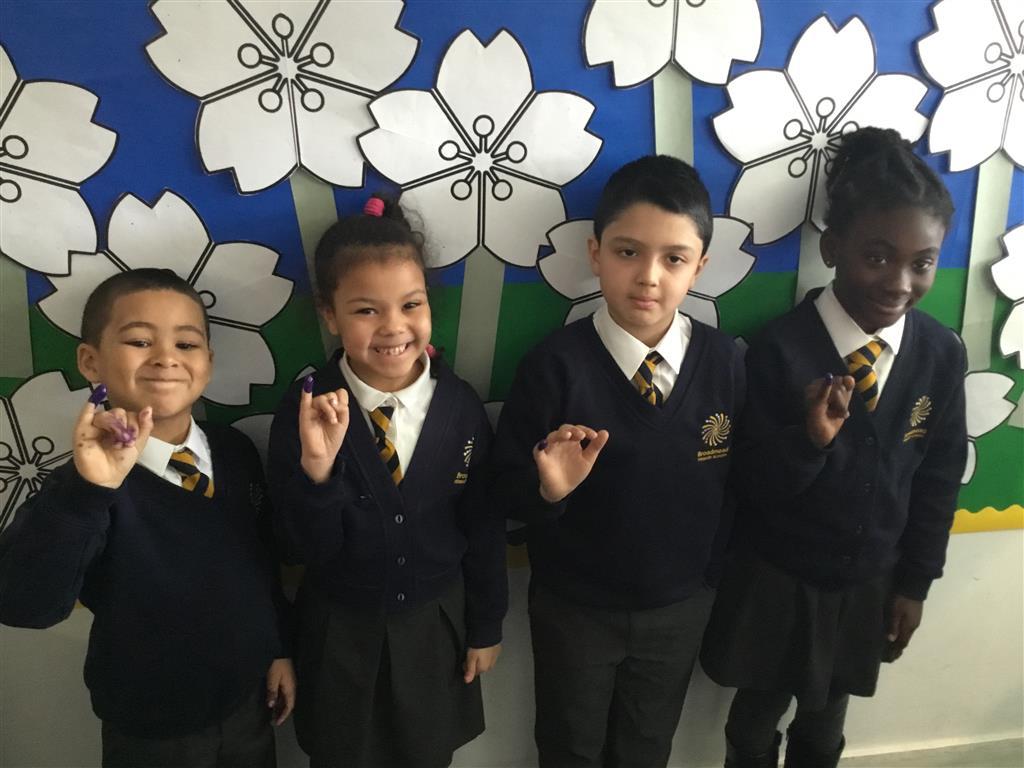 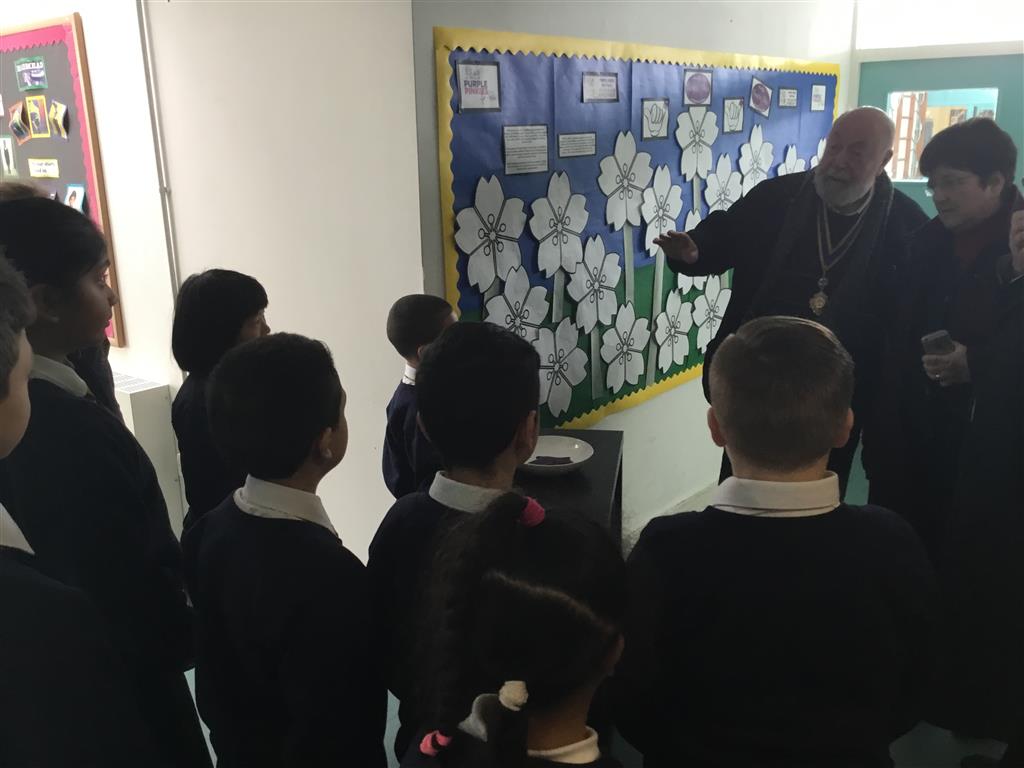 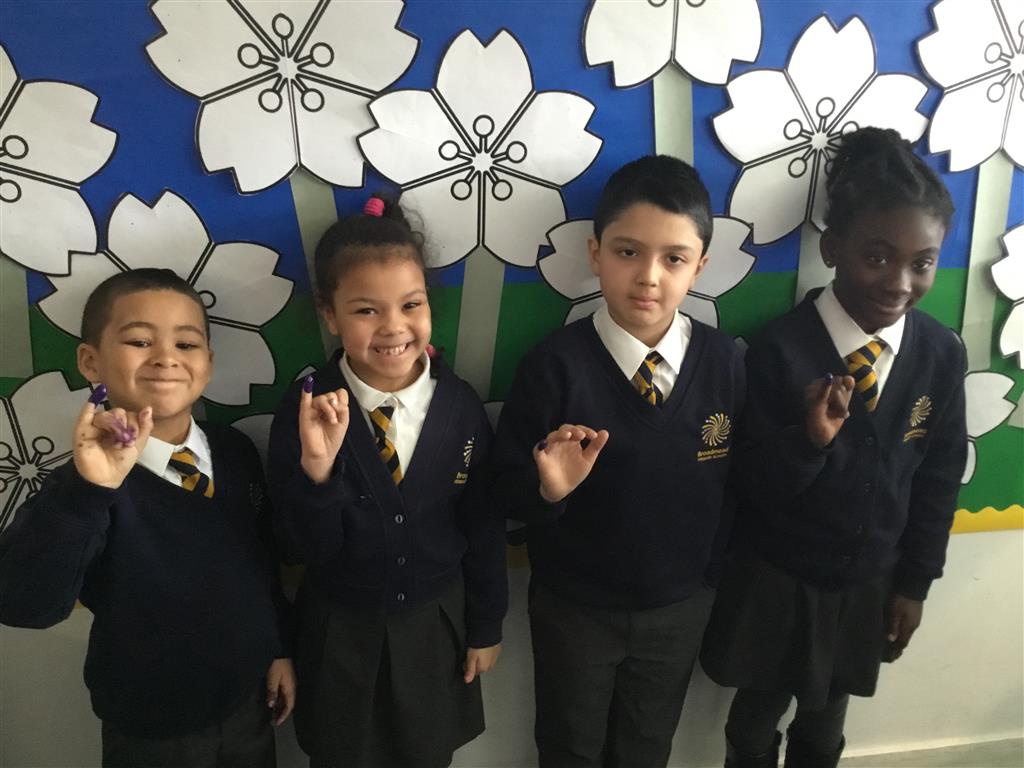 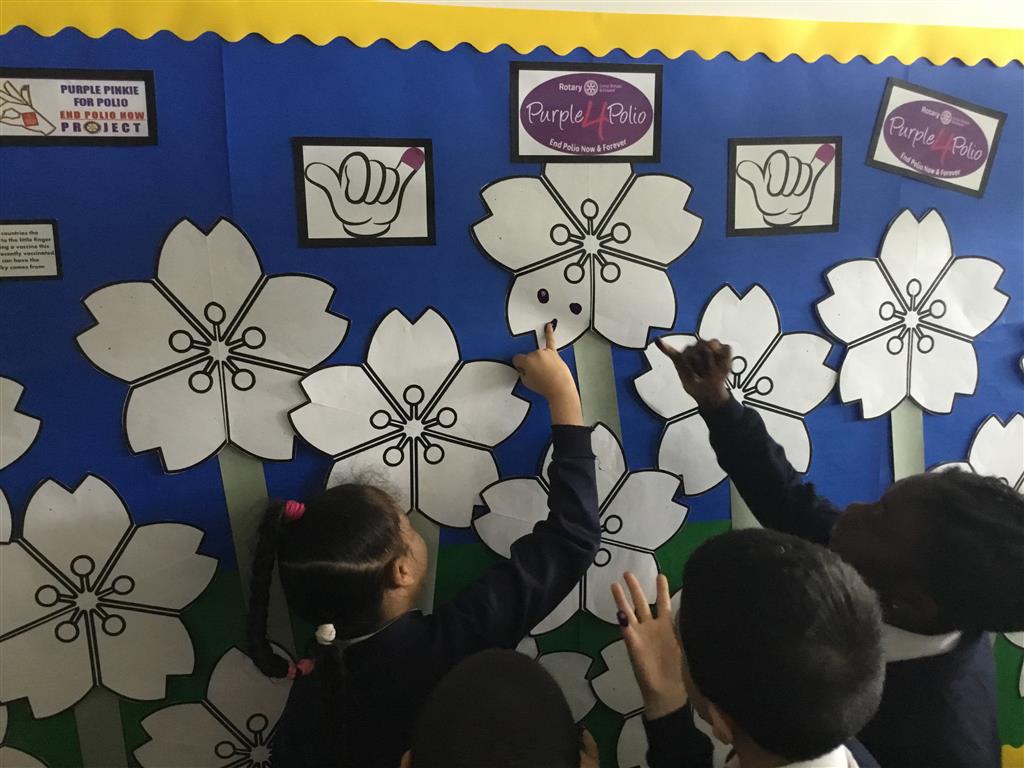 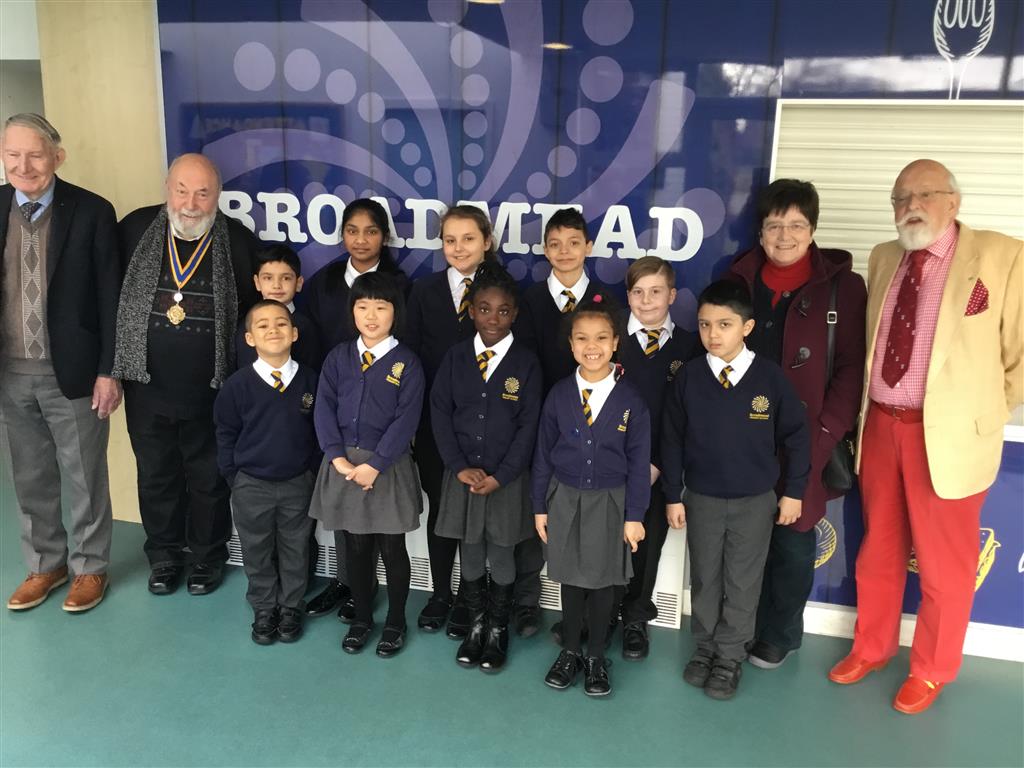 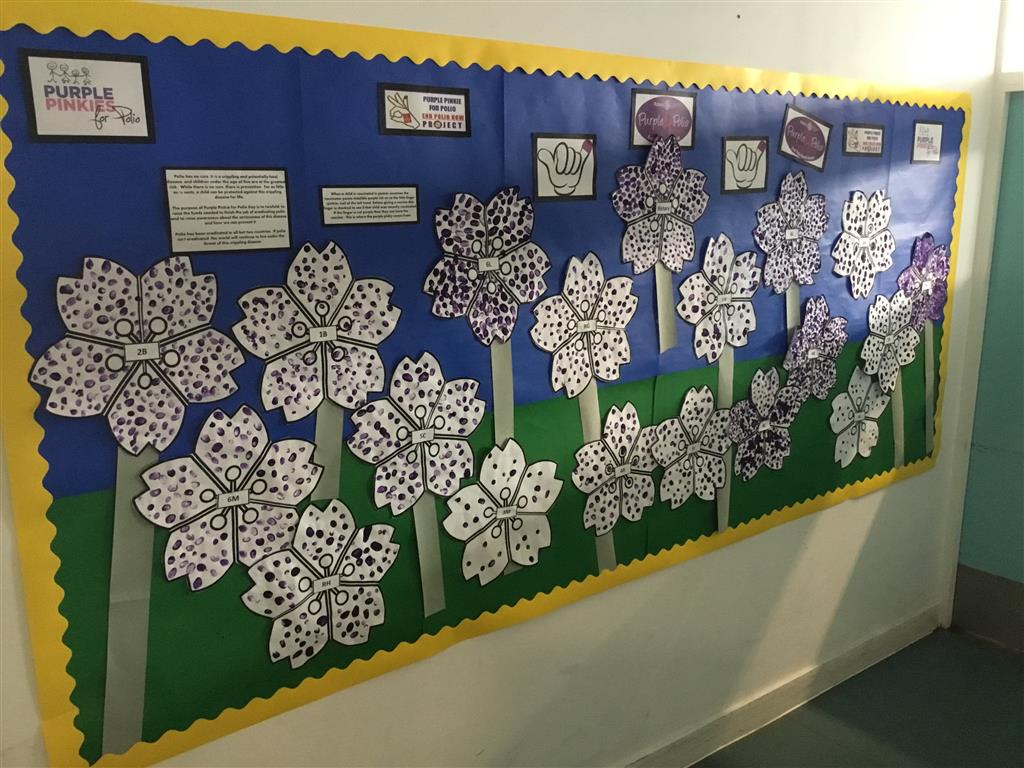 23rd February celebrates the founding of rotary in 1905 by Paul Harris and is therefore designated as Rotary Day. This year across Rotary International Great Britain and Ireland (Rotary GB&I) it was decided to hold a “Purple Pinkie for Polio Day.’ The purpose of the day was twofold:
•    To raise funds needed to finish the job of eradicating polio;
•    To raise awareness about the seriousness of the disease and how it can be prevented.

Polio is a crippling and potentially fatal disease and children under the age of five are at the greatest risk. While there is no cure, there is prevention, by giving children a vaccine which can protect them from the disease for life. When the vaccine is given to children in those countries where polio is still endemic, they dip their little finger in a purple dye to show they have received the vaccine. This is called a “Purple Pinkie”.

In the Autumn of 2017 Broadmead Primary School, Croydon, joined with Croydon Rotary Cub to plant crocus bulbs to further raise awareness of polio. On 23rd February 2018 the school and the Rotary Club of Croydon joined in a further activity as part of “Purple Pinkie for Polio Day”.

The school produced a large poster made up of crocuses. Children then dipped their little finger in a purple paint before putting their fingerprint inside the flower. Each class had a separate crocus, so every child in the school was able to contribute. A group of 10 pupils of varying ages started off the process whilst Croydon Club Rotarians were in attendance.

Croydon Rotary Club is proud to be linked with Broadmead Primary School whose Head teacher Sarah Hunter is keen to develop the link further. In her newsletter she sent the information about polio to all the families who have children in the school. In addition the school organised a cake sale which raised nearly £110.