A host of international stars supported this special Festival event which raises funds for Arctic One's Forward Motion grants to help athletes on their road to success with competition fees, training and equipment, including prosthetics 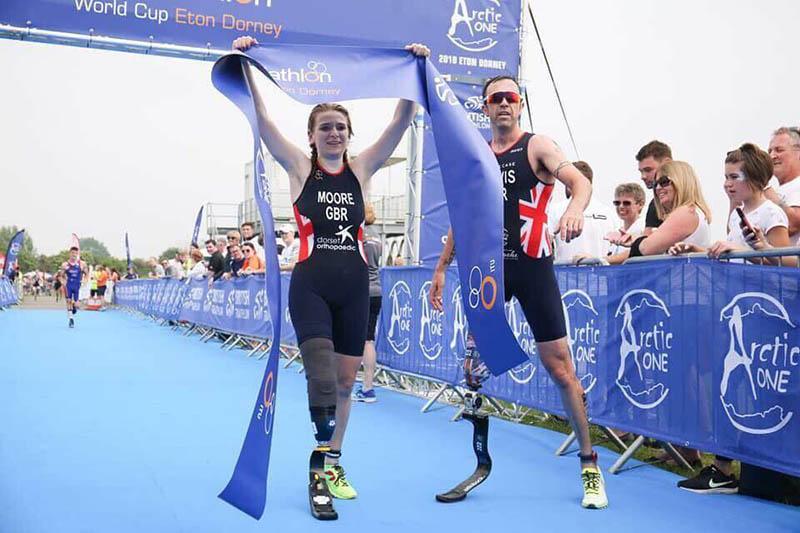 Arctic One’s Tri & Para-tri, on 28th May at Dorney near Windsor, was an amazing success. In addition to this there was the Paratriathlon World Cup Event, which was the FIRST WORLD CUP EVENT EVER HELD IN THE UK!

In total, over 140 Para-athletes took part in the day, WOW!
There were competitors from as far afield as Japan, USA, South Africa, Australia & Europe, alongside a large GB contingent. Gold medal winning performances were achieved by Commonwealth Champions Joe Townsend and Jade Jones and Paralympic champions Andy Lewis and Martin Shultz (Germany).

Arctic One’s ambassador, Andy Lewis, enjoyed every moment of racing in front of a home crowd. Andy commented that both his little boy and his little girl were there on the day, and hearing them really helped him because he found it to be one of his toughest races, as he had not raced for a long time, due to injury.

It was also a big day for some emerging athletes, including Britain’s Hannah Moore who won gold just a year after entering her first Paratriathlon, Arctic One supported her in getting her first blade.

Thank you to all the volunteers from Misbourne Matins, Elthorne Hillingdon, Marlow Thames and Marlow Rotary Clubs!

Arctic One would like to work with District 1090 Rotary Clubs.