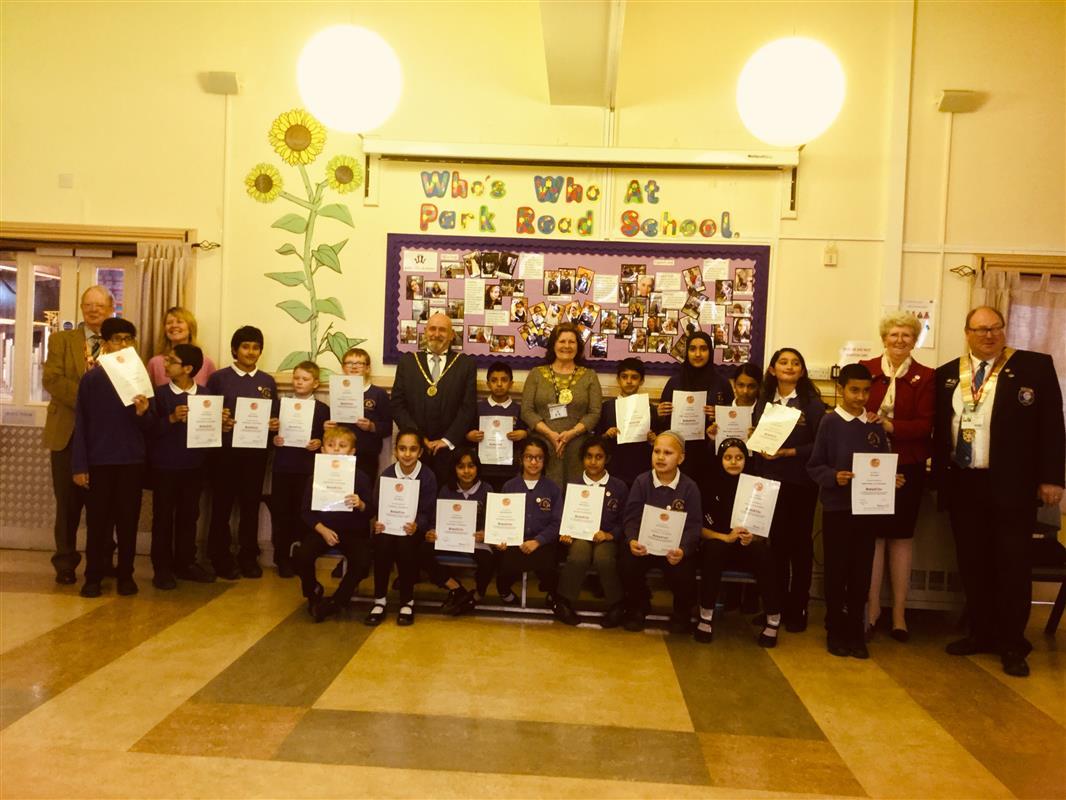 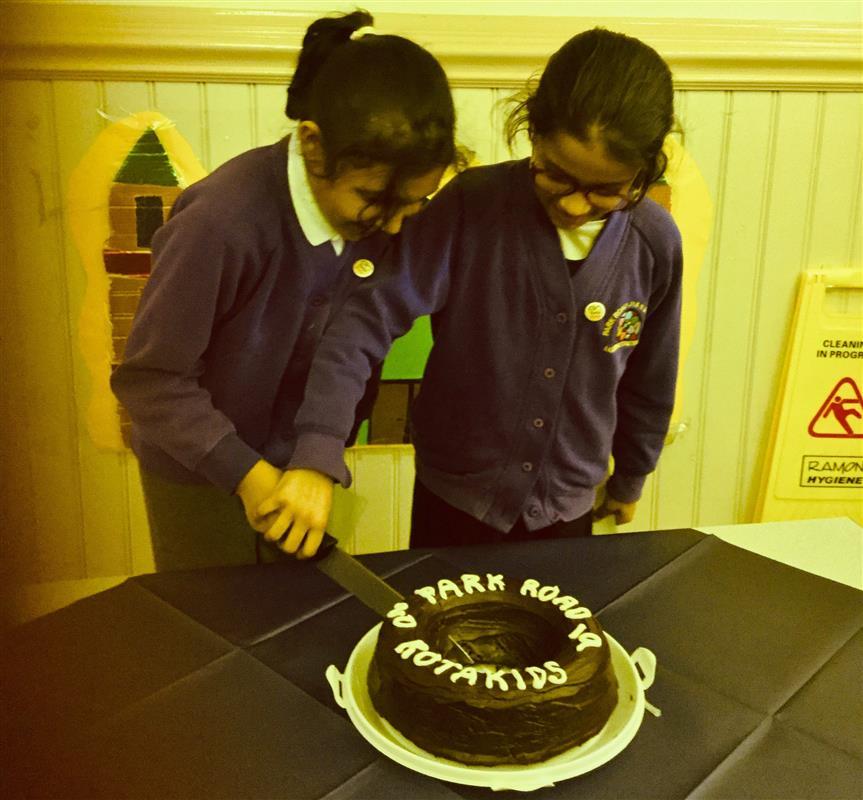 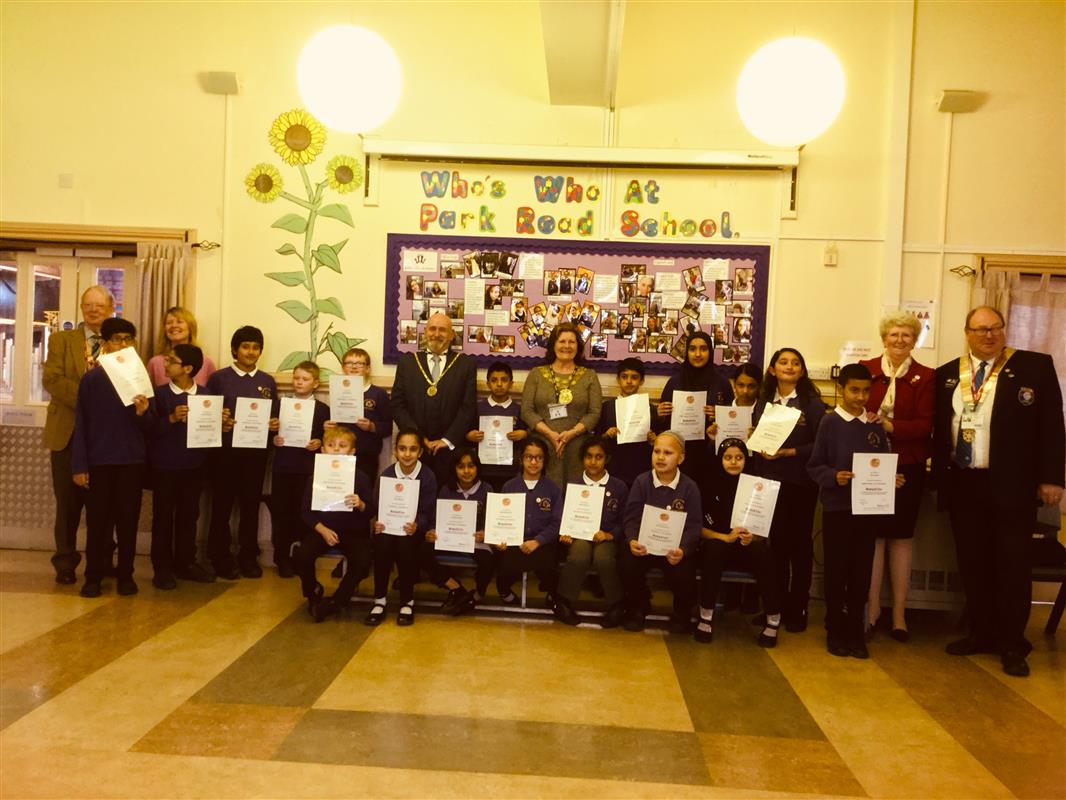 The group photo includes our DG Nigel Arthurs, Batley Rotary President William Bottomley, District RotaKids Officer Pat Taylor, with Headteacher Julie Hampson and the Mayor and Consort of Kirklees, Cllr Gwen and Ken Lowe, along with eighteen RotaKids. And the other photo is of the President and Vice President of the new RotaKids cutting their special cake.