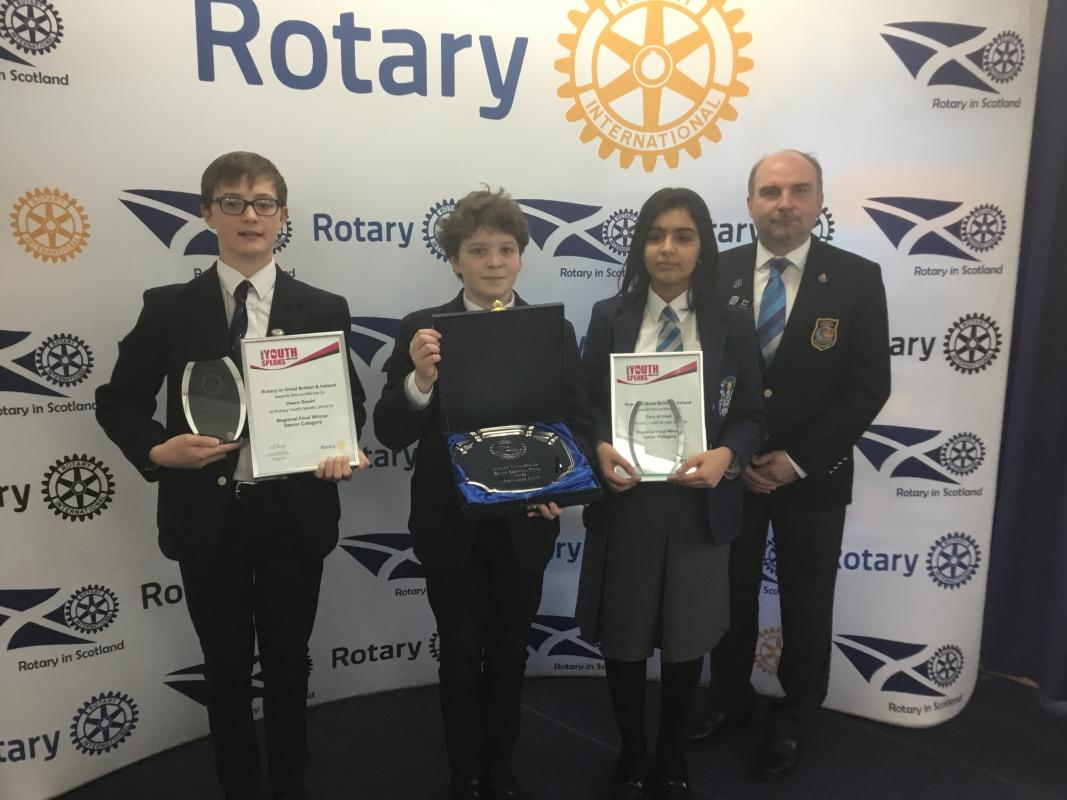 The Regional Final of The Senior Youth Speaks Final was held at Stirling University on Saturday 16 March.

Kirkcaldy High School : Sponsored by The Rotary Club of Kirkcaldy

The three judges were from the “ Speakers Club” of the Guildry of Stirling who can trace their history back some 900yrs.

It was a very close contest and the result was a reversal of our District 1230 Final where St Andrew’s and St Brides High School won. The Team from Hutcheson’s Grammar School now going forward to The Rotary Great Britain and Ireland National Final to be held during the Rotary Show Case on Sunday 12 May 2019 in Nottingham.

Their Topic was : Weed or Wild Flowers

From left to Right