This year's District Handover was a special event for a number of reasons. See below photos for text. 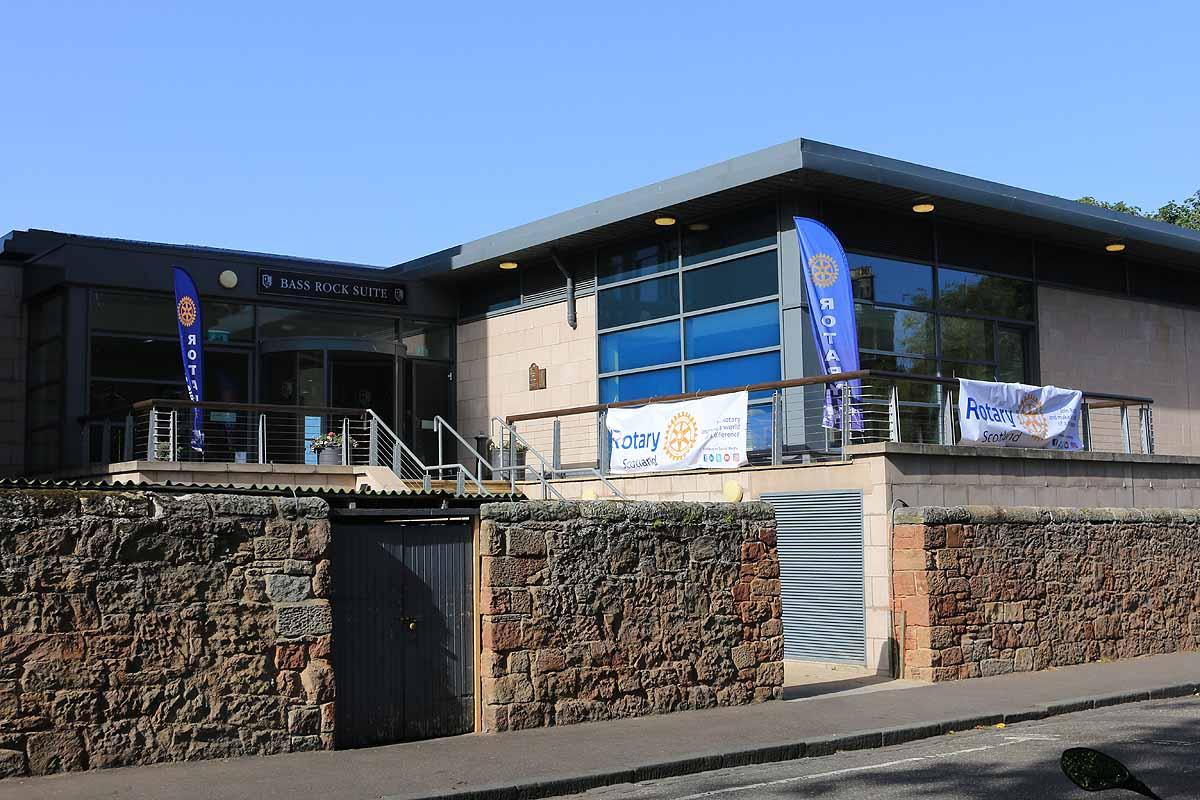 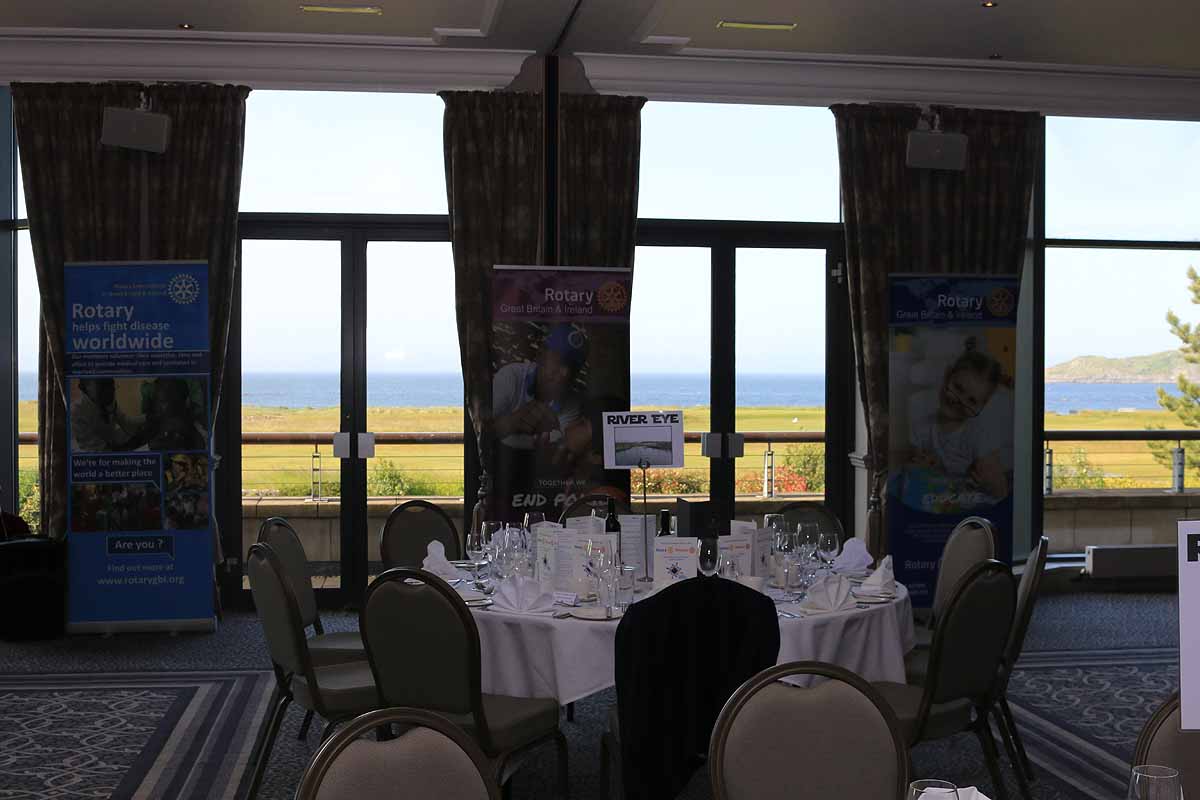 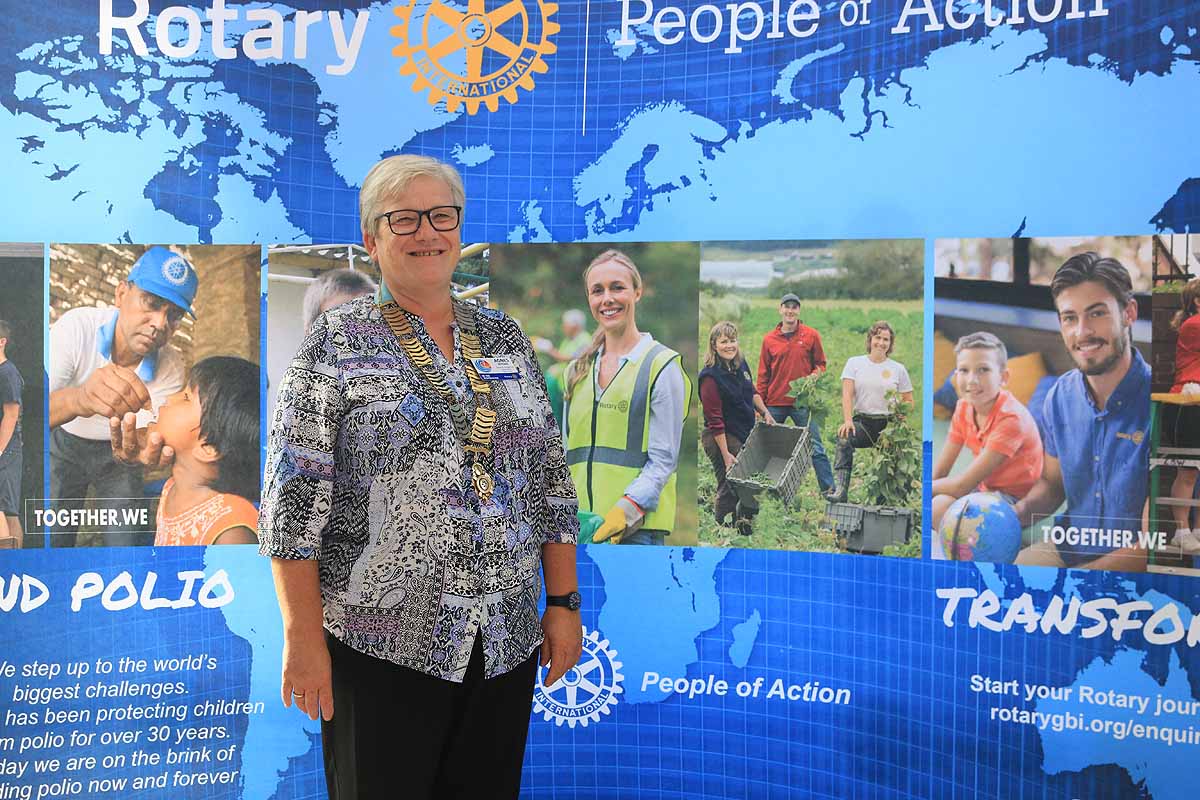 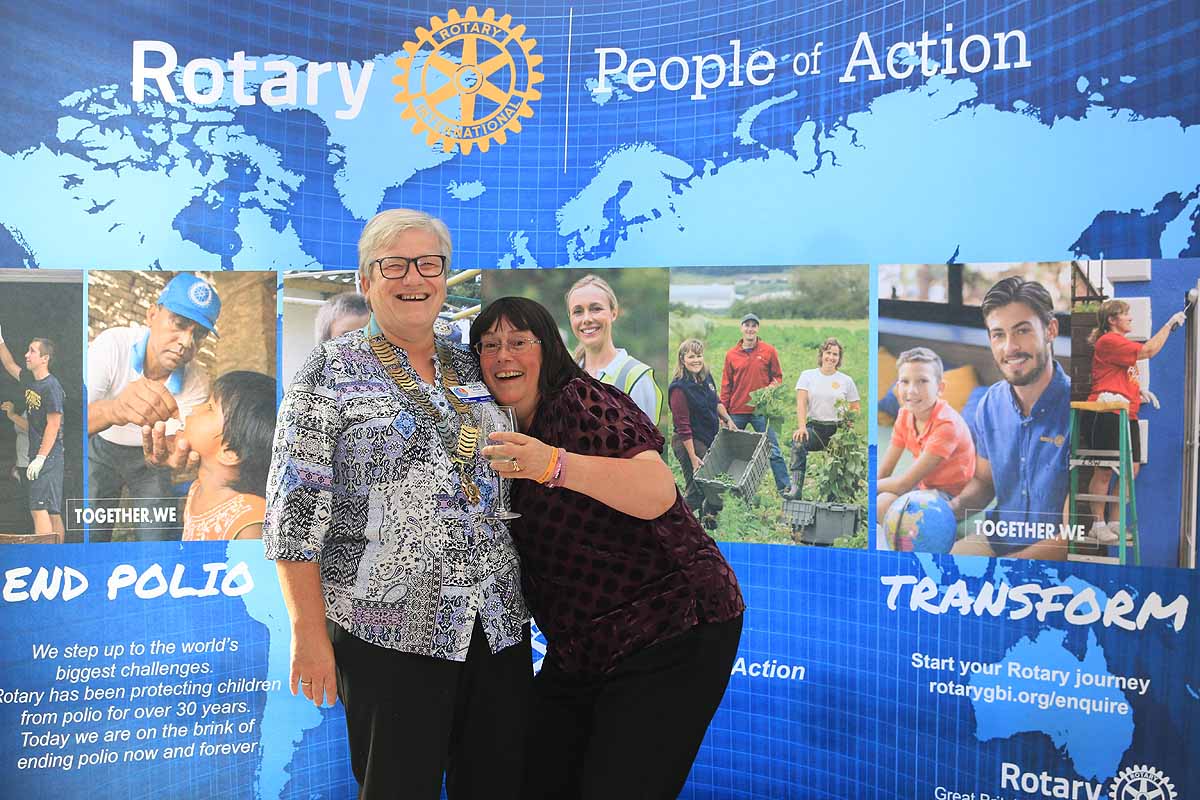 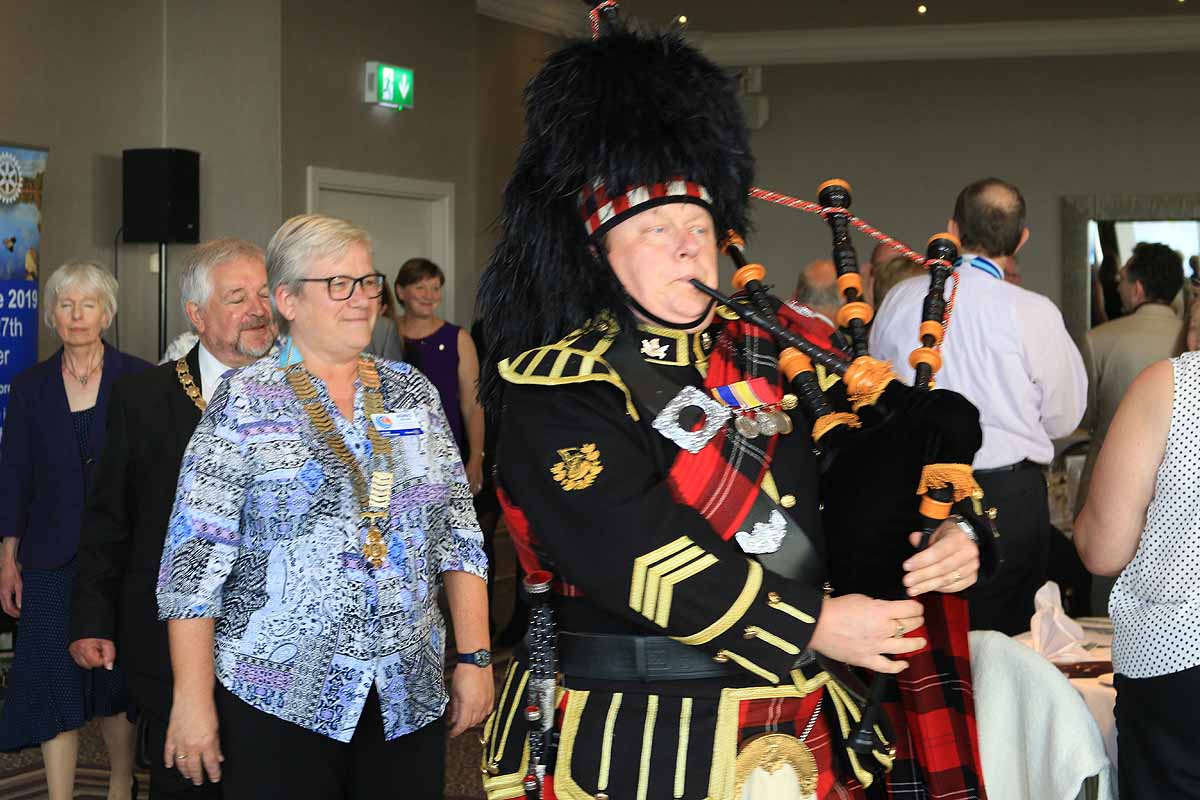 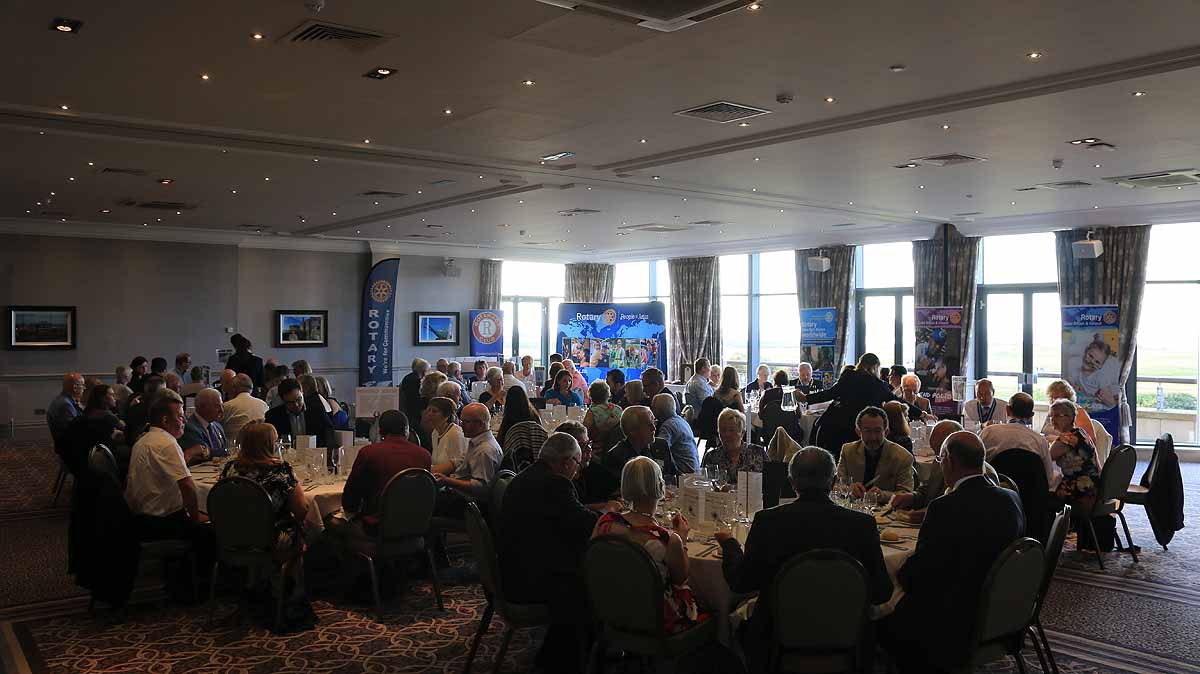 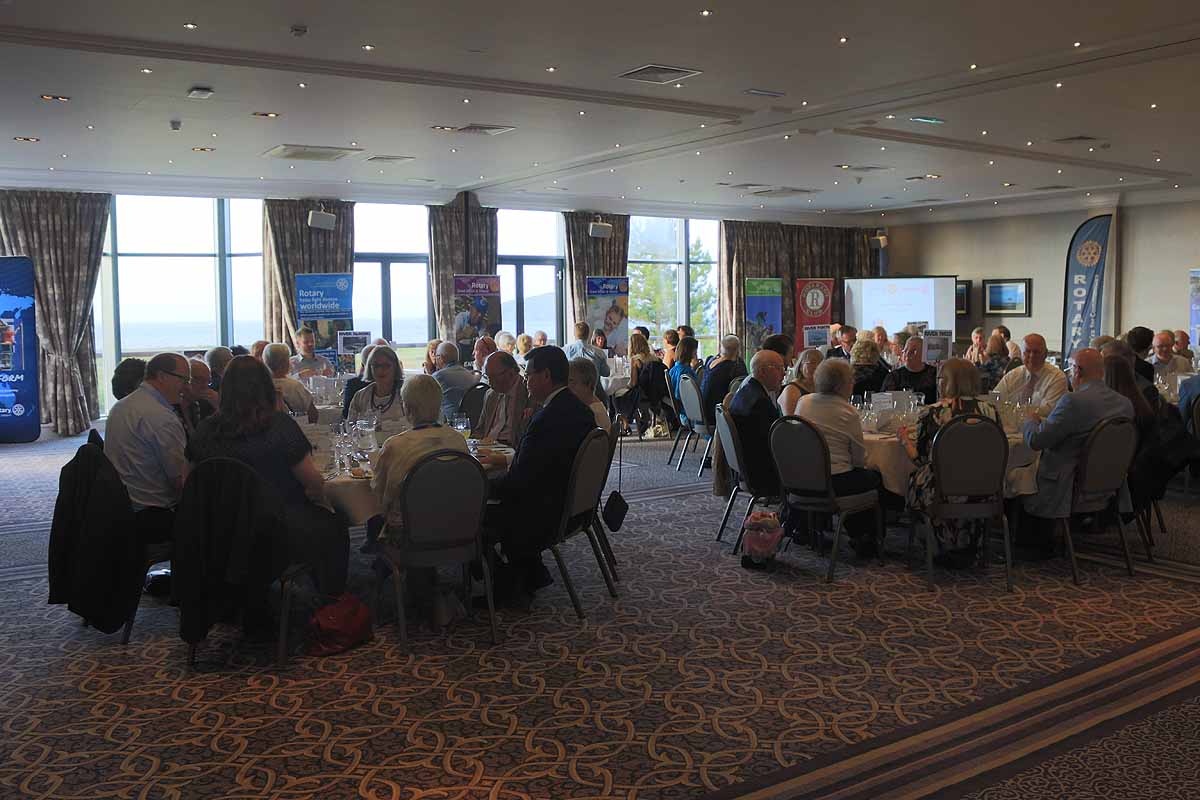 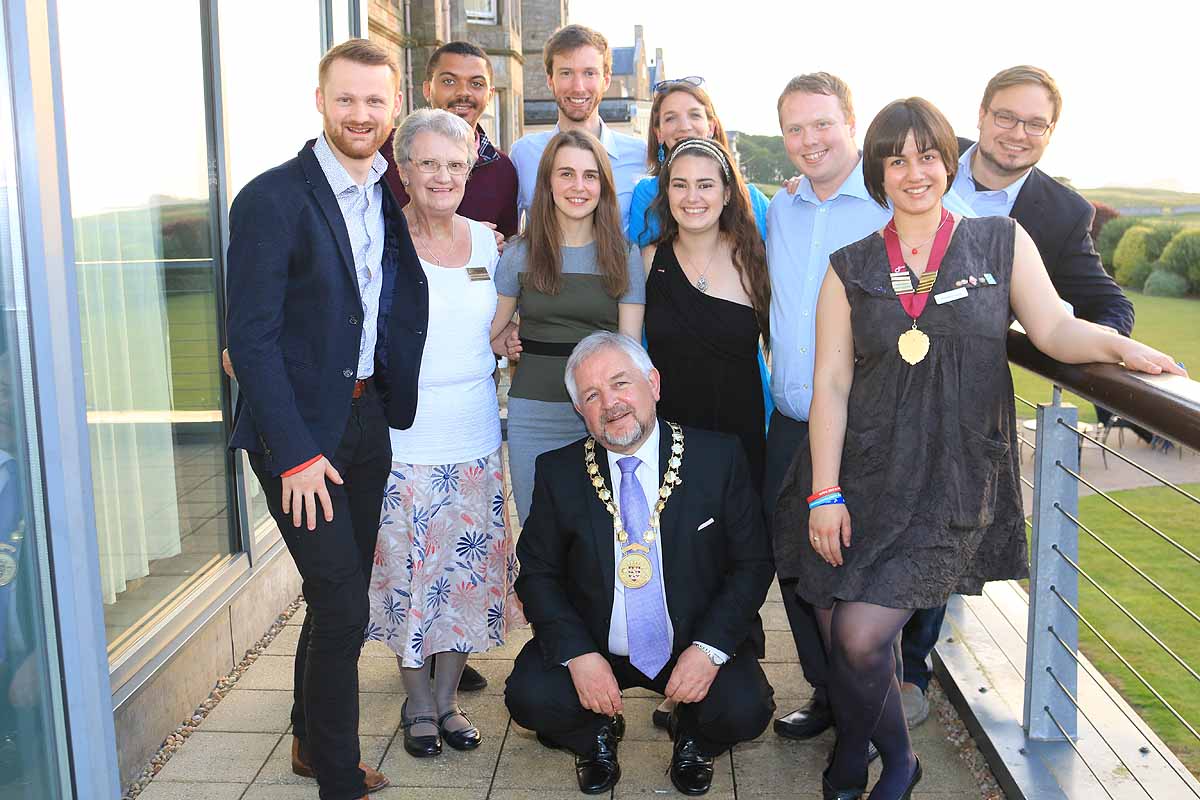 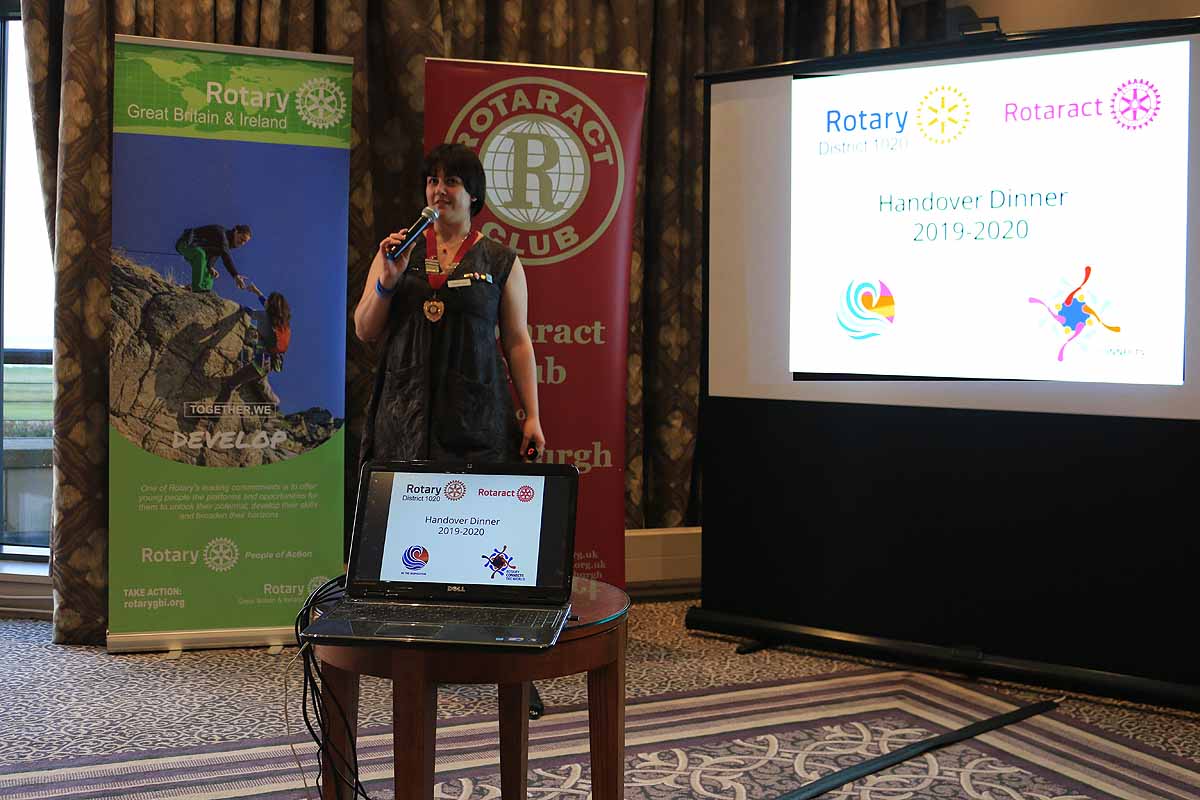 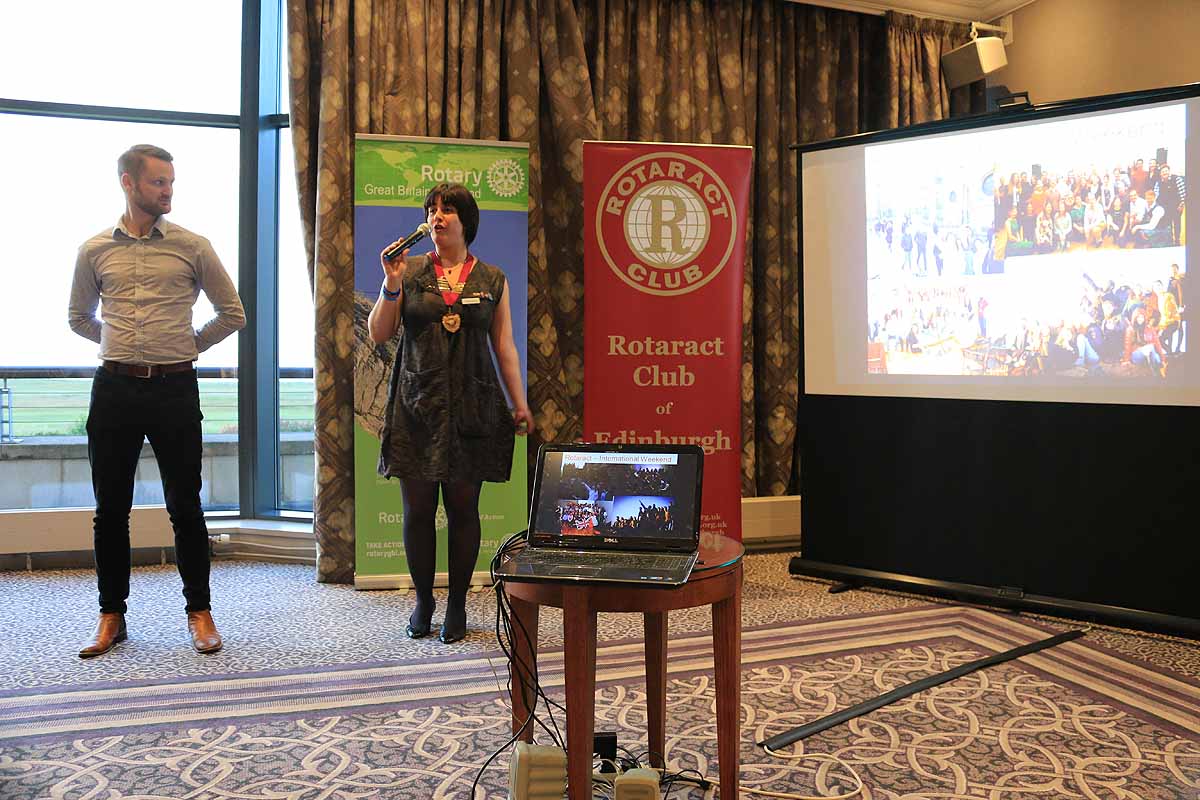 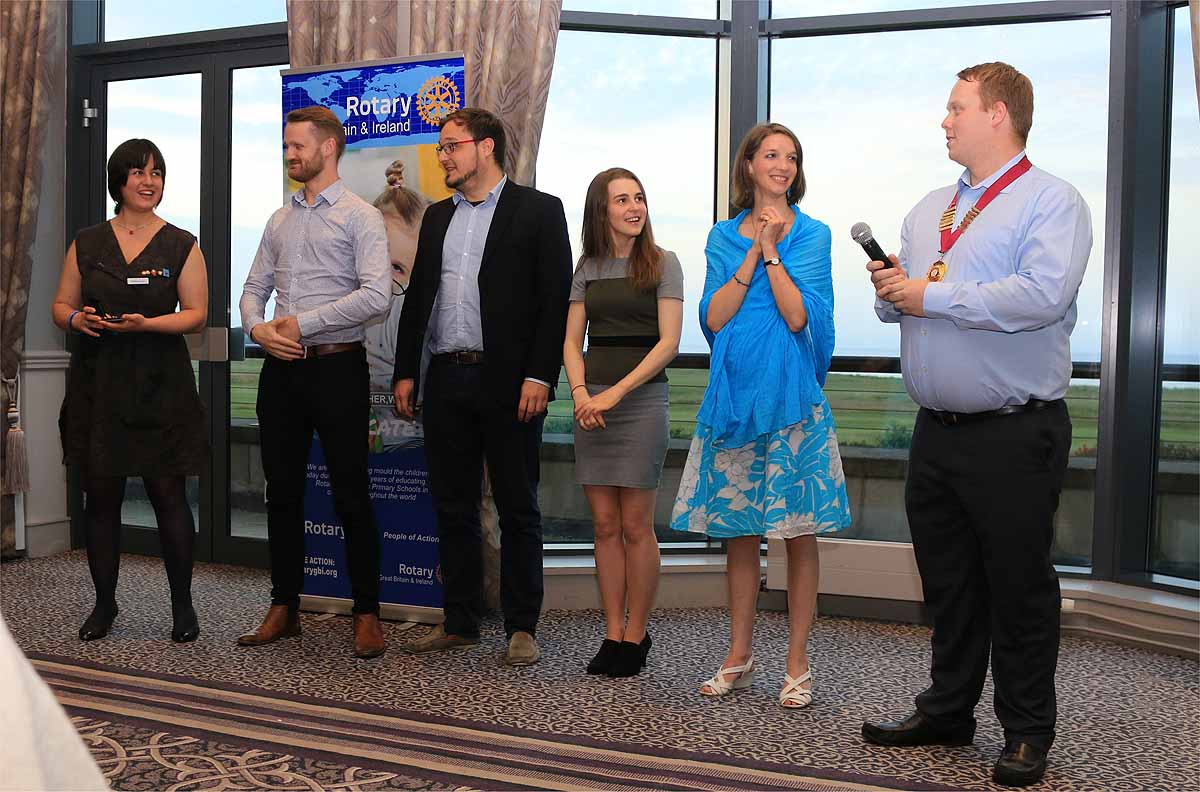 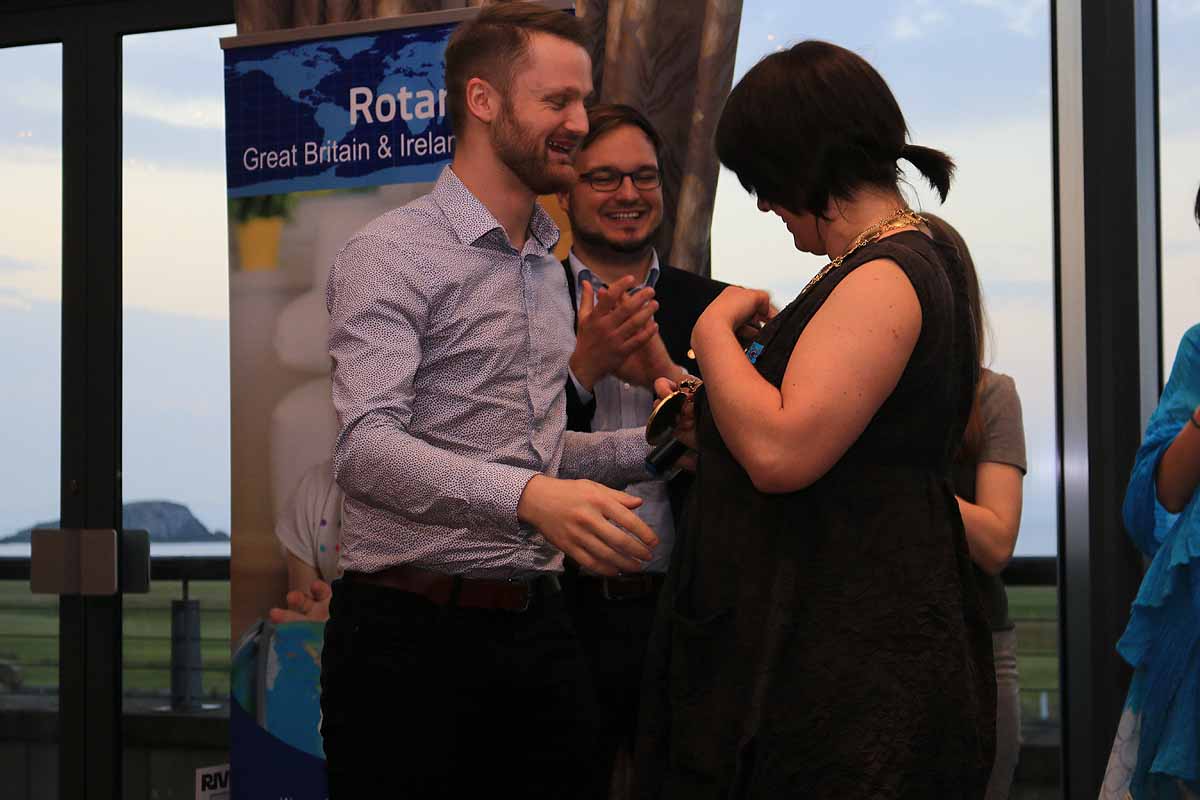 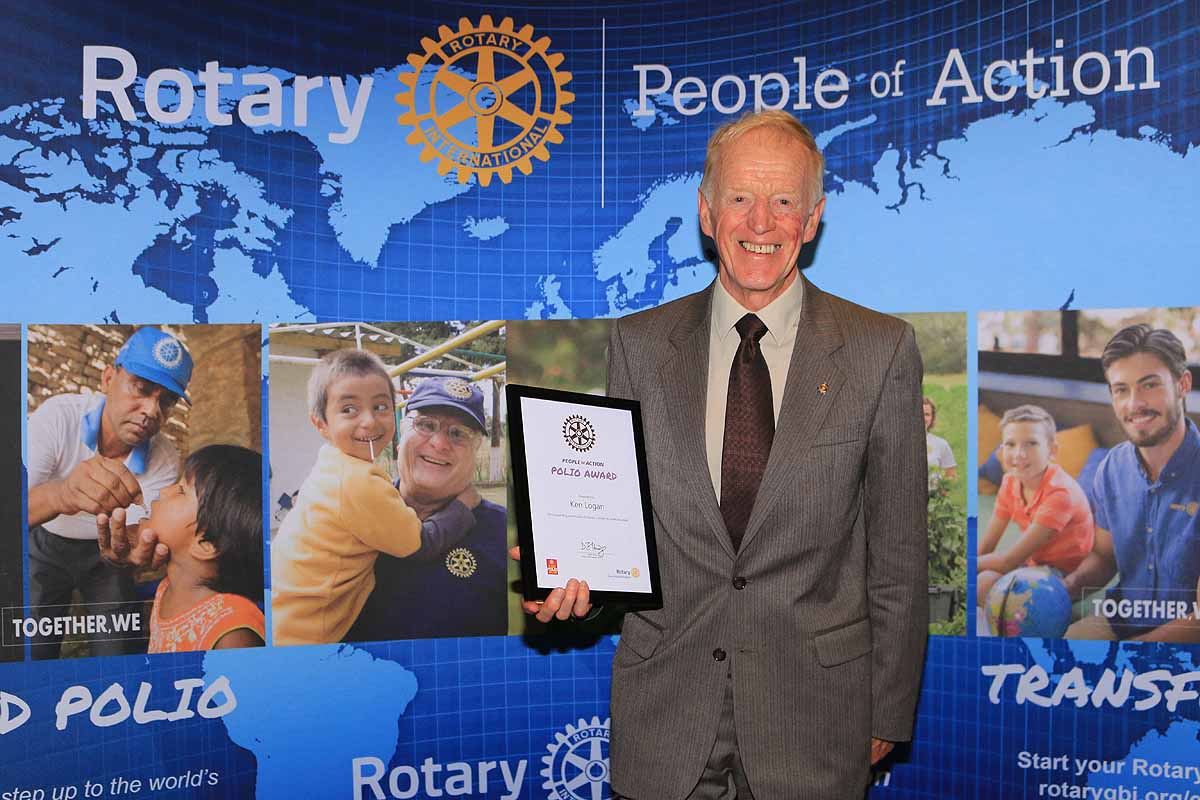 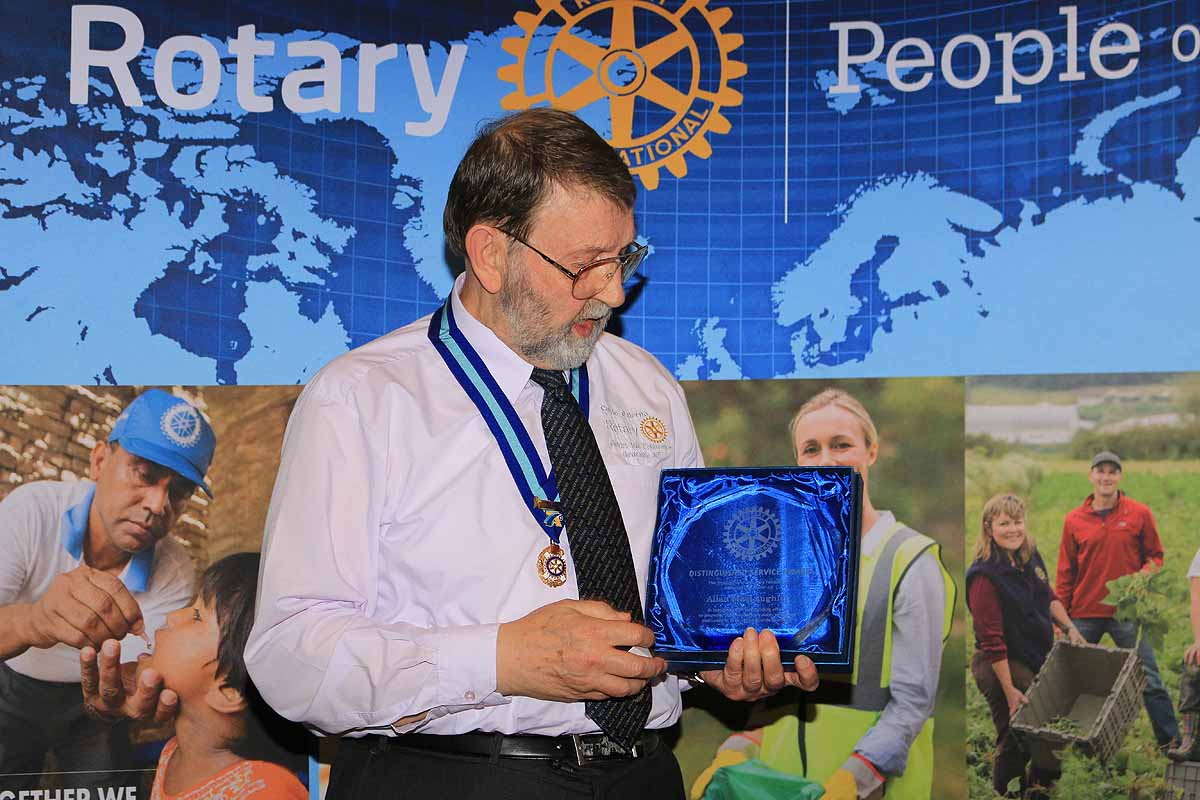 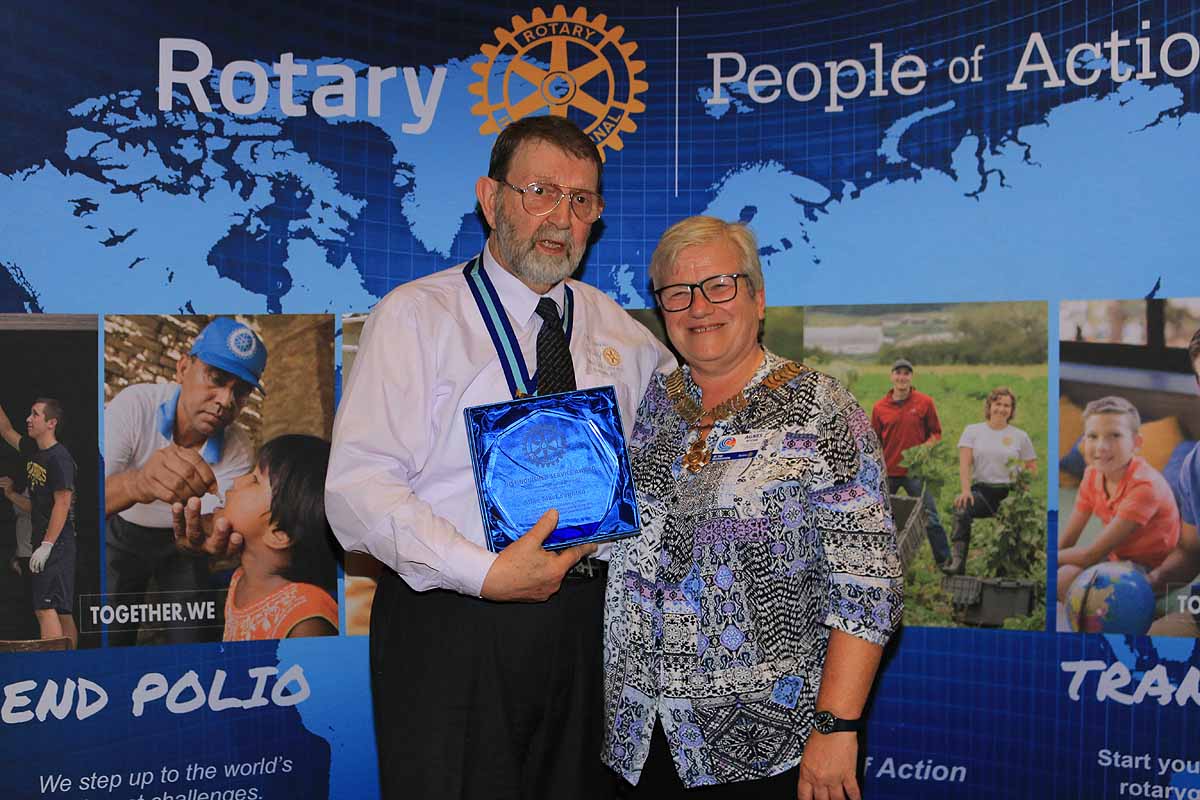 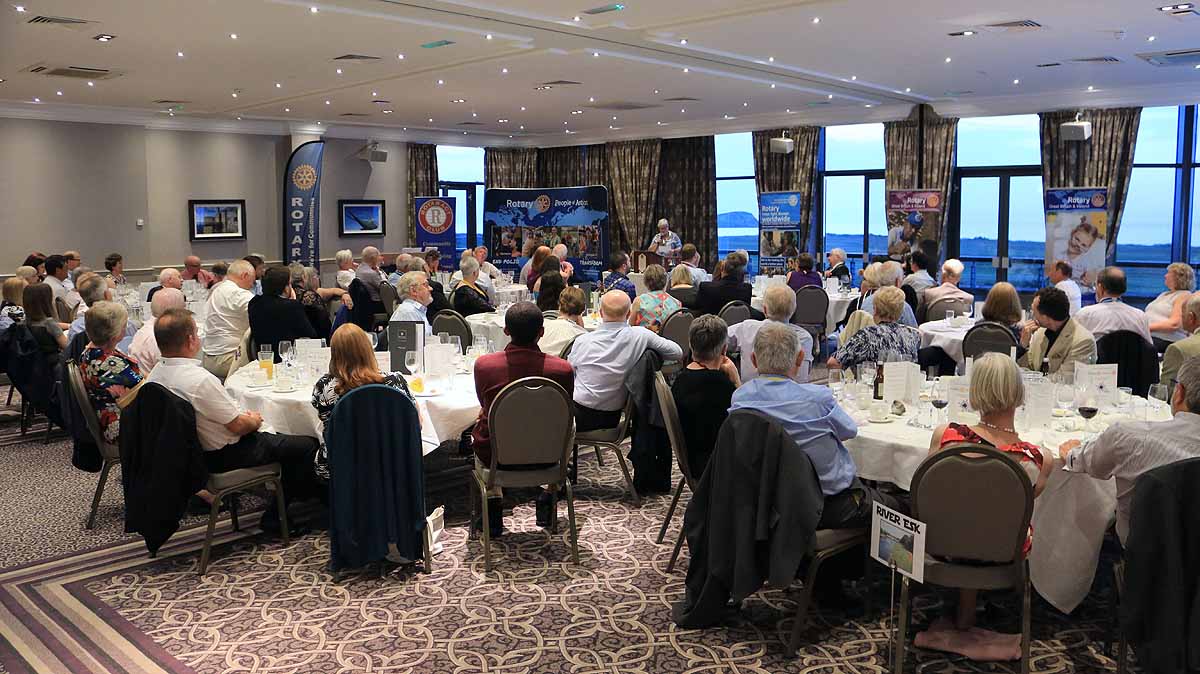 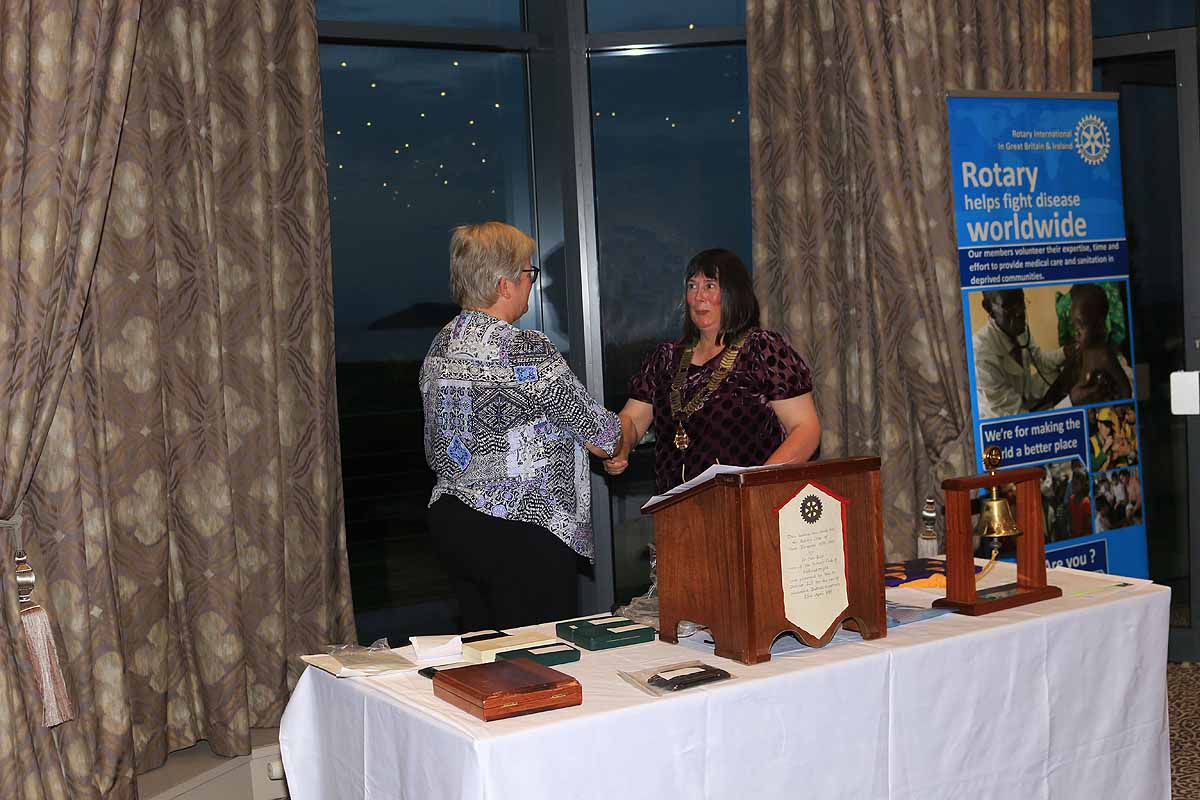 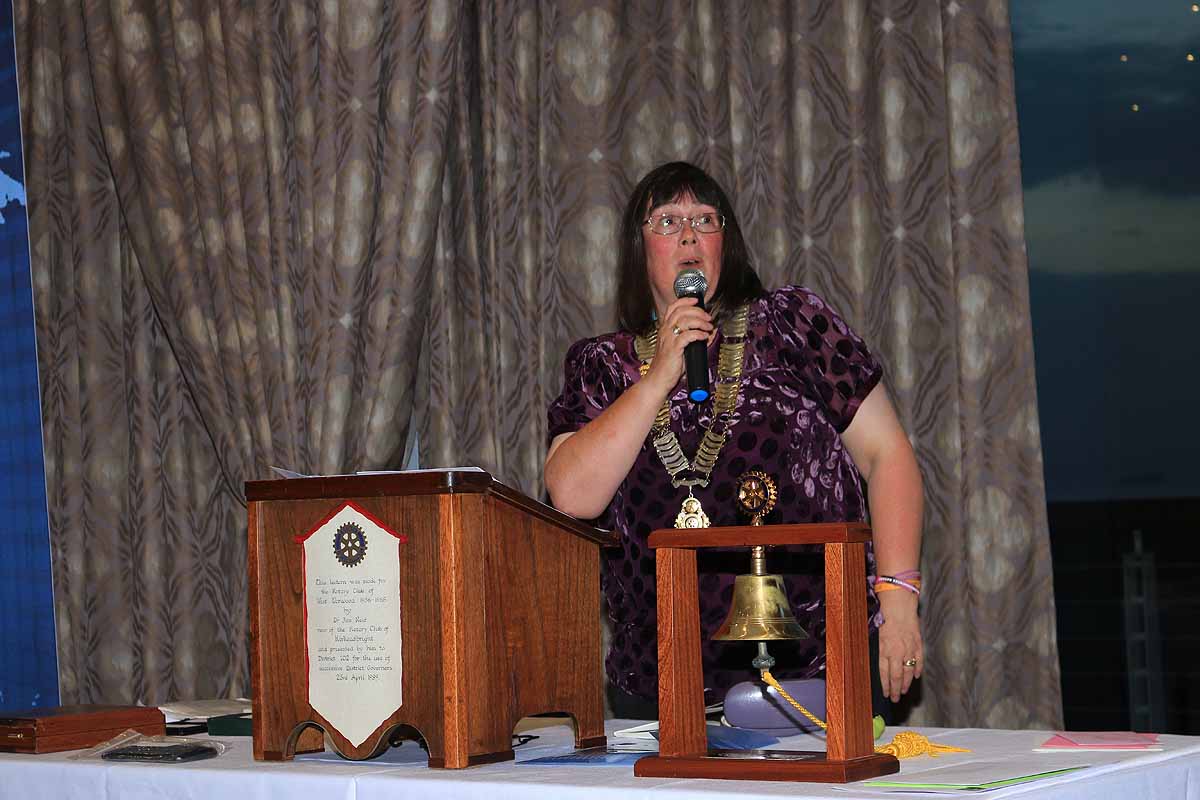 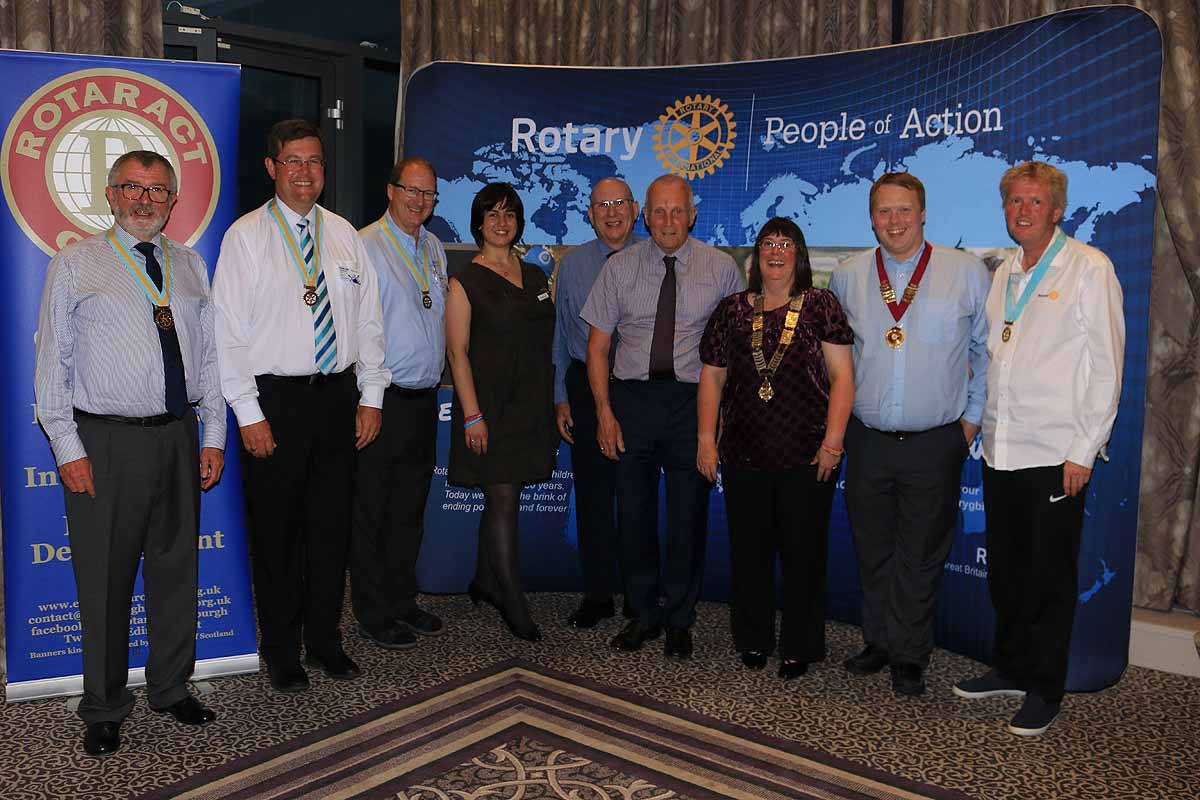 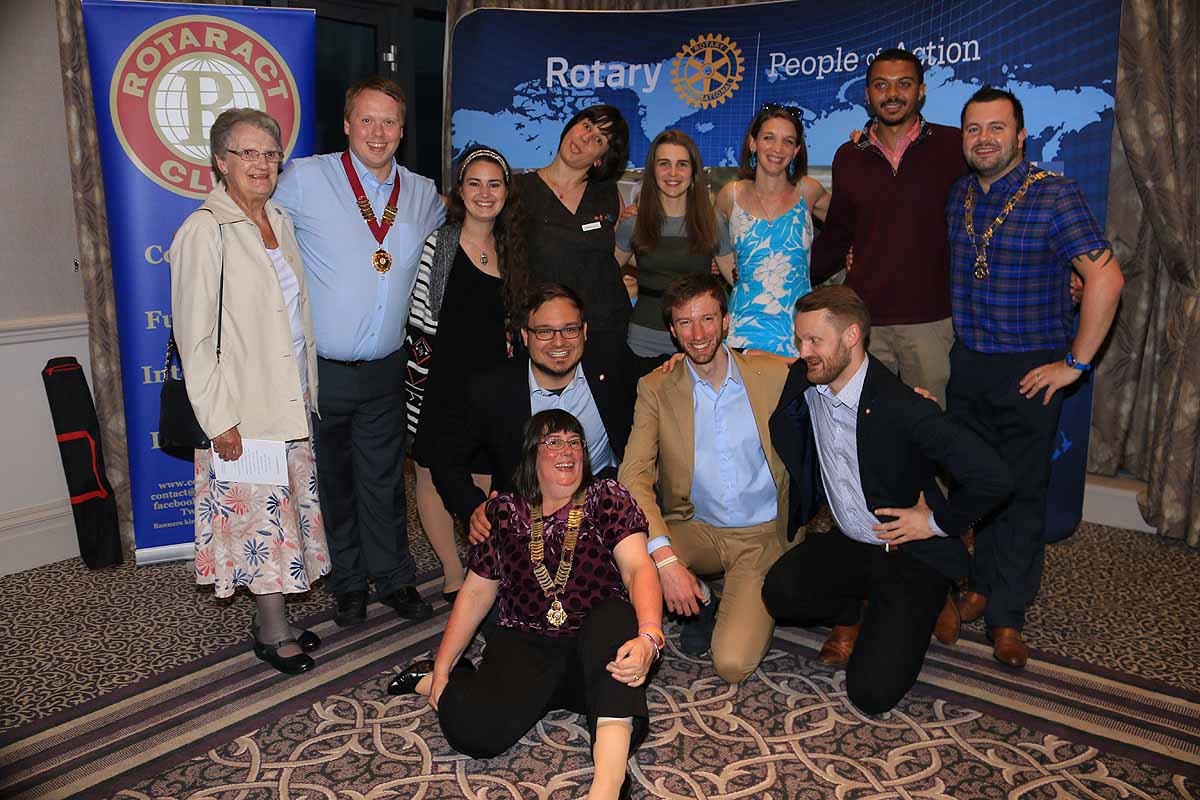 The District Handover was this year held in the beautiful setting of the Macdonald Marine Hotel in North Berwick. After a delicious meal with a spectacular sea view, we celebrated Agnes' year as District Governor and welcomed Jo Pawley as our new DG. But we didn't just welcome the new team. There were a couple of very special awards. First to Ken Logan, the District Polio Offier. Ken has kept us all abreast of the current polio situation via the weekly newsletter. He has tirelessly promoted the sale of crocus corms and lapel badges to keep up awareness of the campaign and has been the driving force in getting a large number of very well-known buildings lit up in purple for Polio Day in October. His commitment to this cause has been recognised with an Rotary GB&I People of Action Polio Award. And there was a surprise in store for Past District Governor Allan Maclaughlan. Allan has championed The Rotary Foundation for many years, both within the District and further afield. He has held senior roles within RFUK and trained Foundation chairs in District, Rotary GB&I and RI. A stunned Allan was tonight presented with Foundation's highest honour, the Rotary Foundation Distinguished Service Award. Only two of these have previously been awarded in the District so it is a mark of Allan's commitment to Foundation and the respect in which he is held that he becomes the third recipient in the District's history. Well done Allan, thoroughly deserved.


This year's celebrations were not just for Rotary however. For the first time in over a decade this was a joint handover with Rotaract. After a presentation of Rotaract's activities in the District Anamaria Koeva passed on the chain for the Edinburgh club to John McOmish, and she herself took over the District role from Elliot Silcock. Not only that, but Anamaria is also stepping up to the role of President of Rotaract in Great Britain and Ireland.

We wish the new Rotary and Rotaract teams fun and success in the coming year.