For this first time in many years the three Scottish Districts held a Scottish Final to the Primary Schools Quiz. 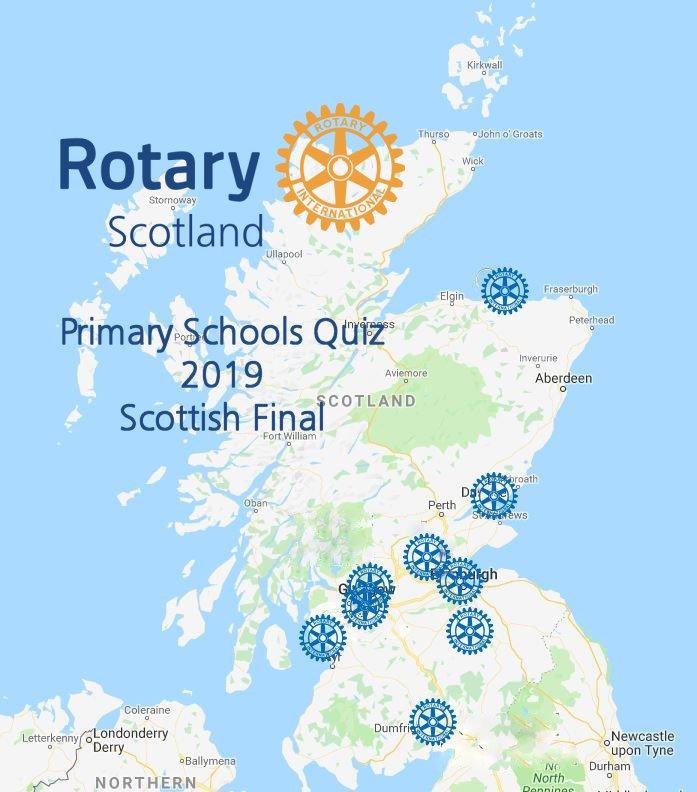 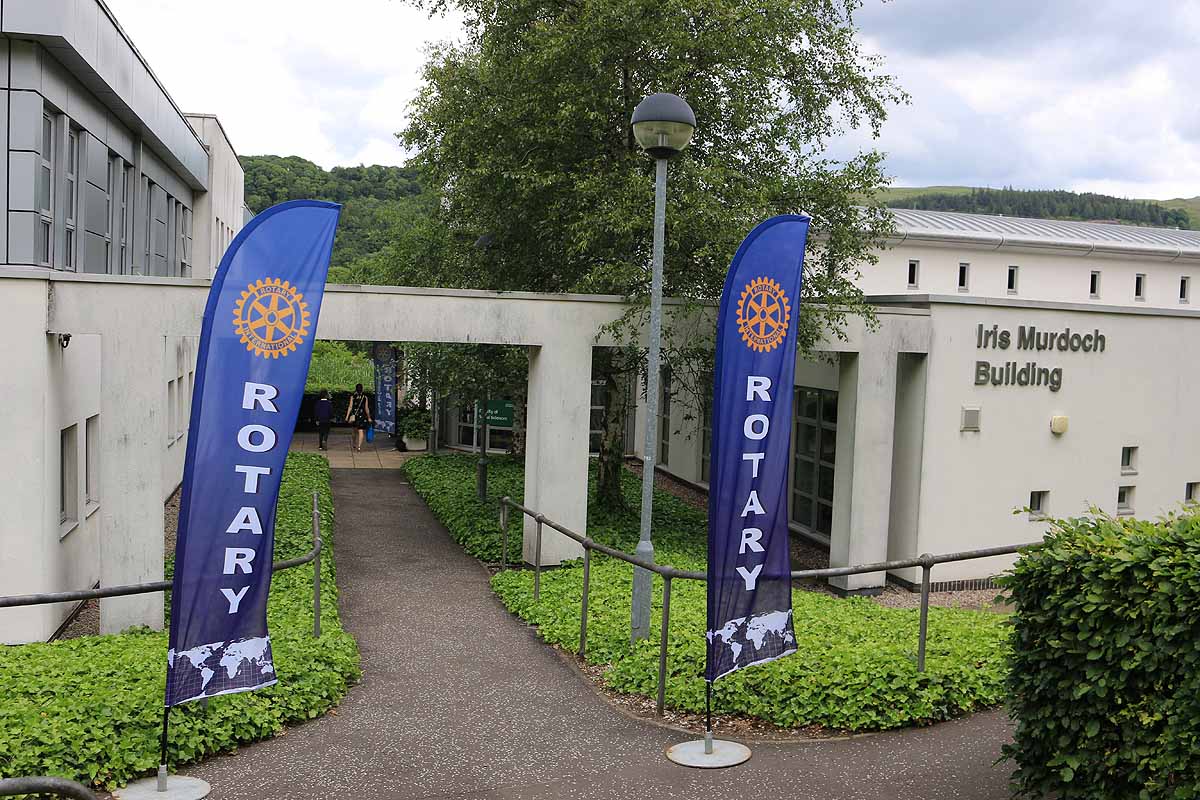 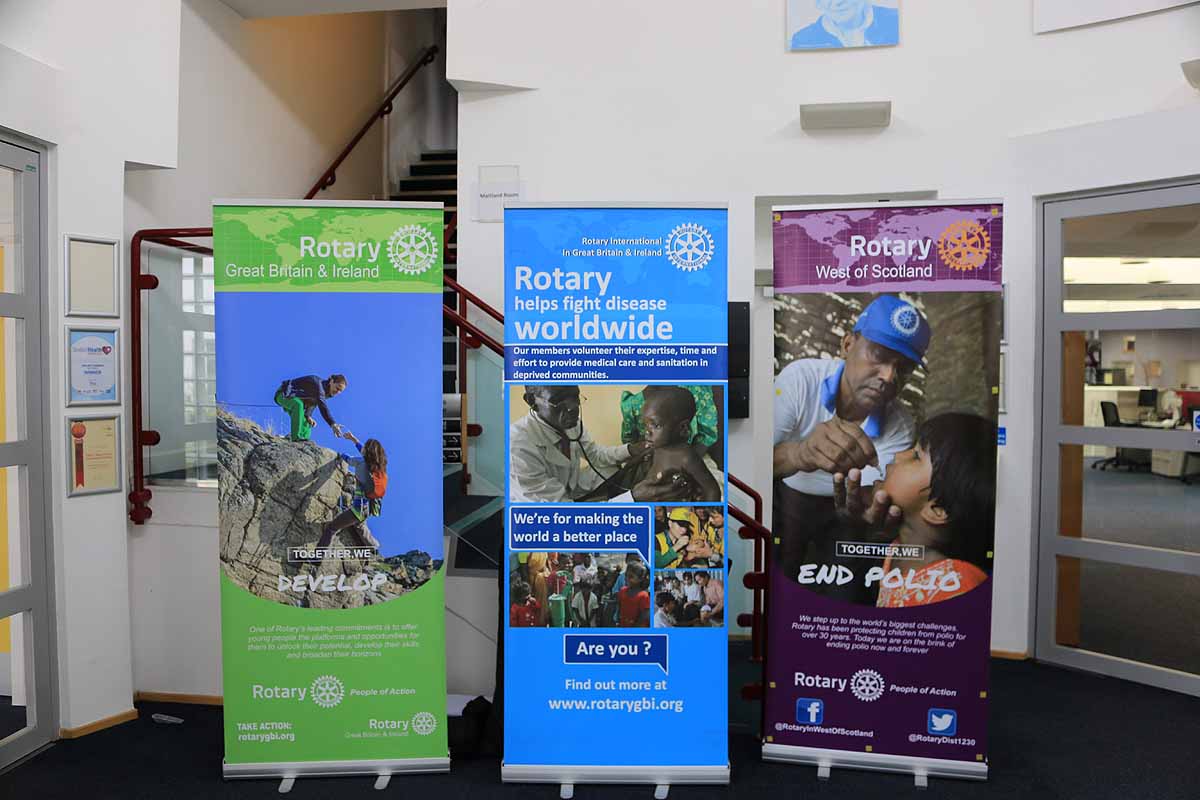 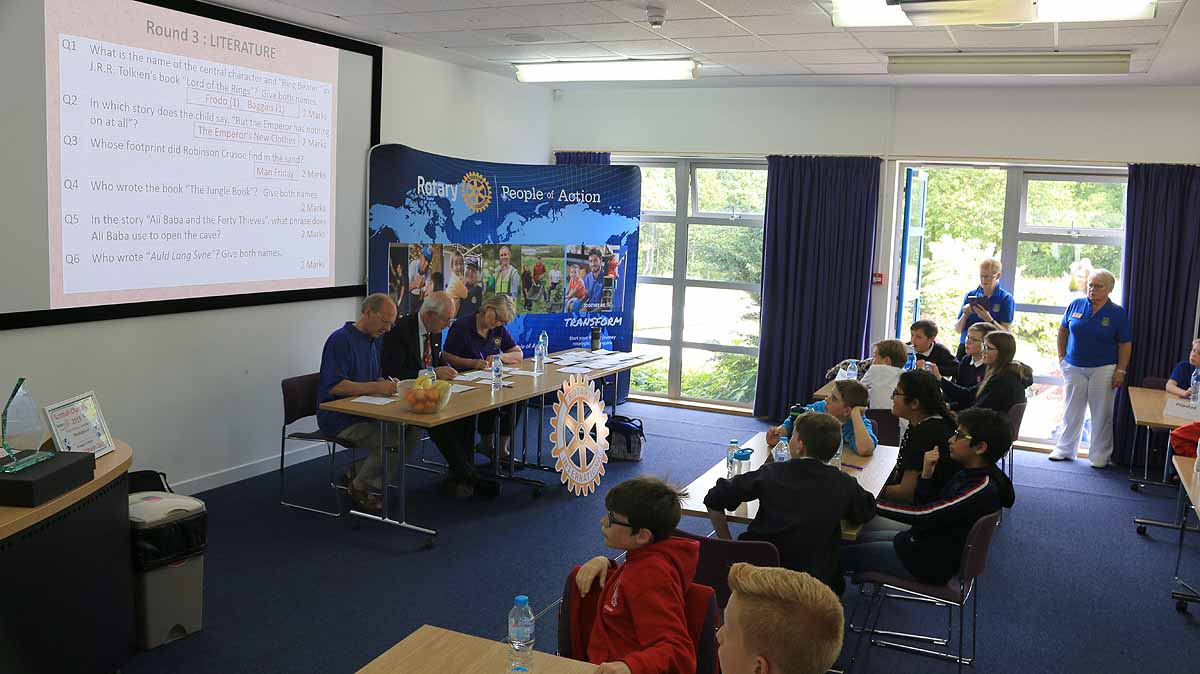 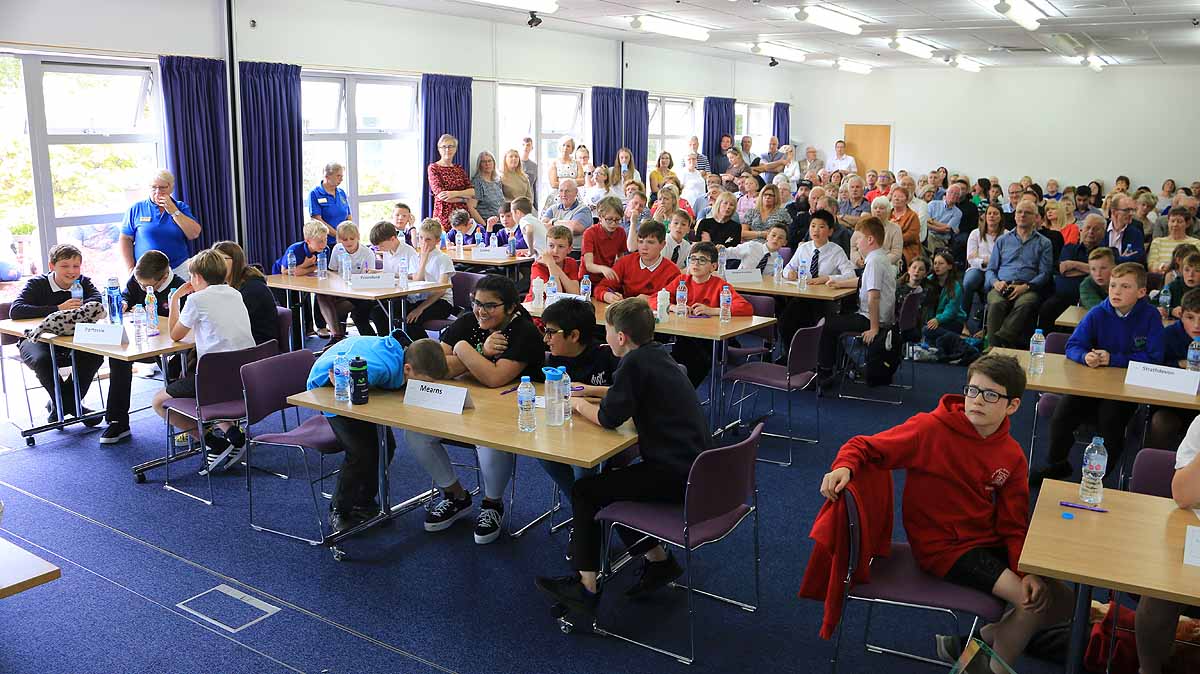 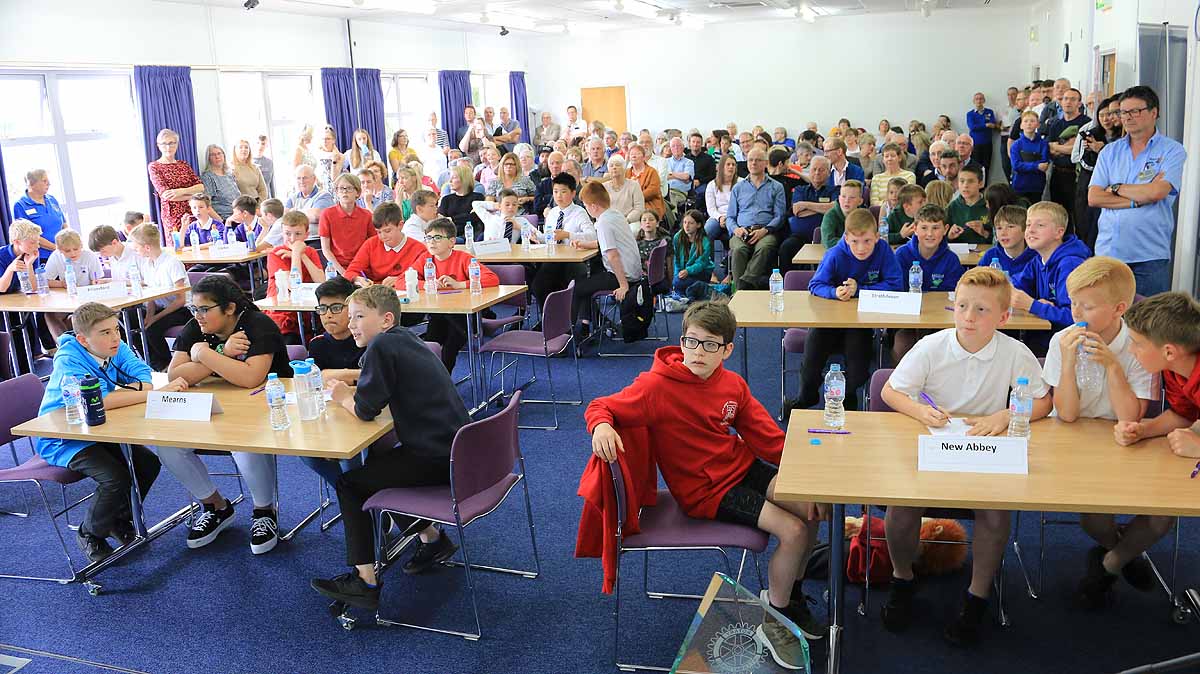 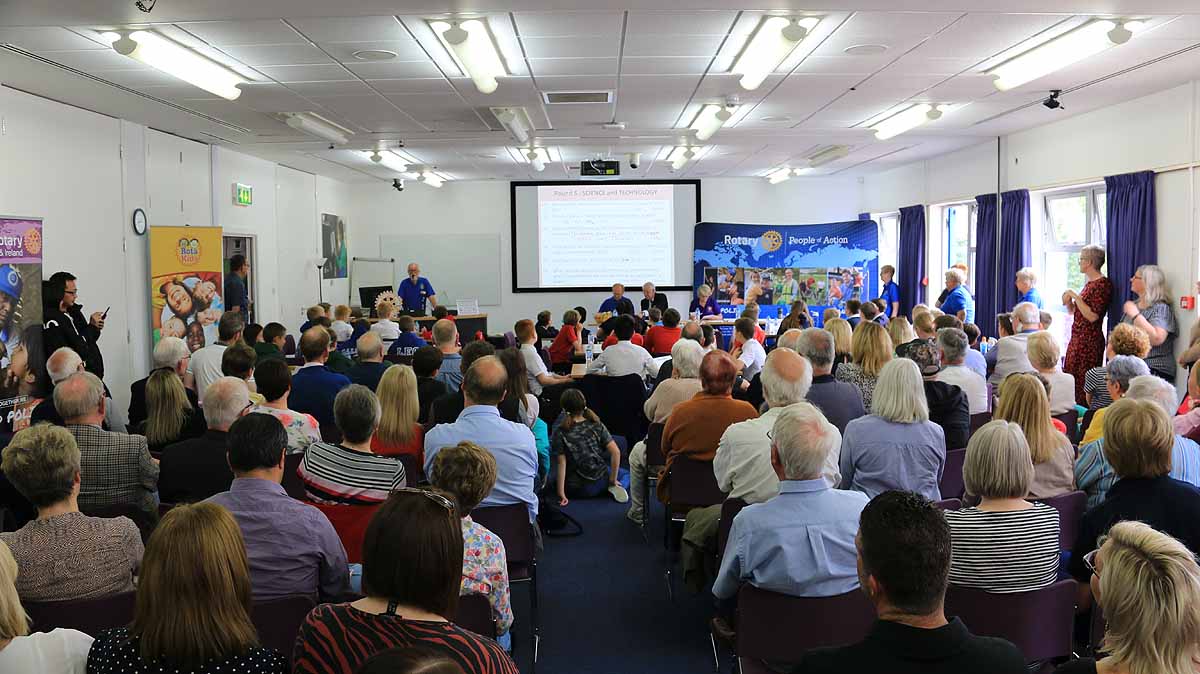 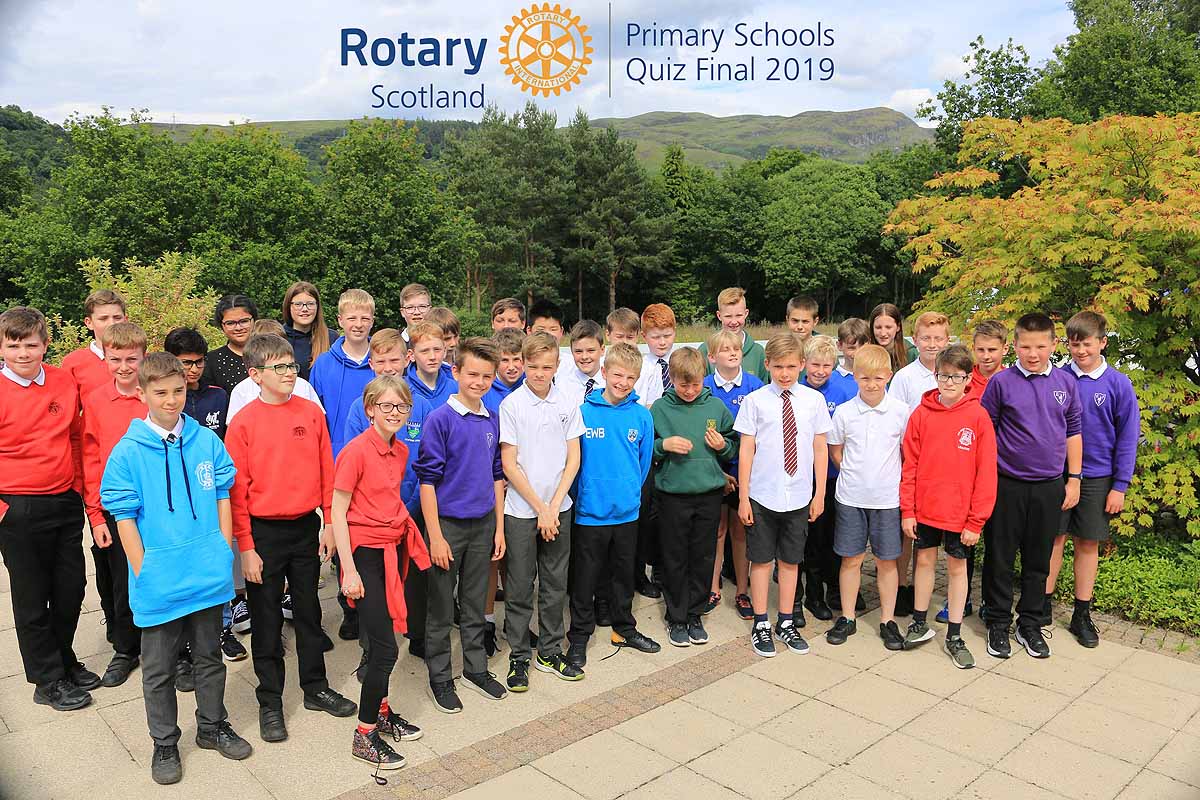 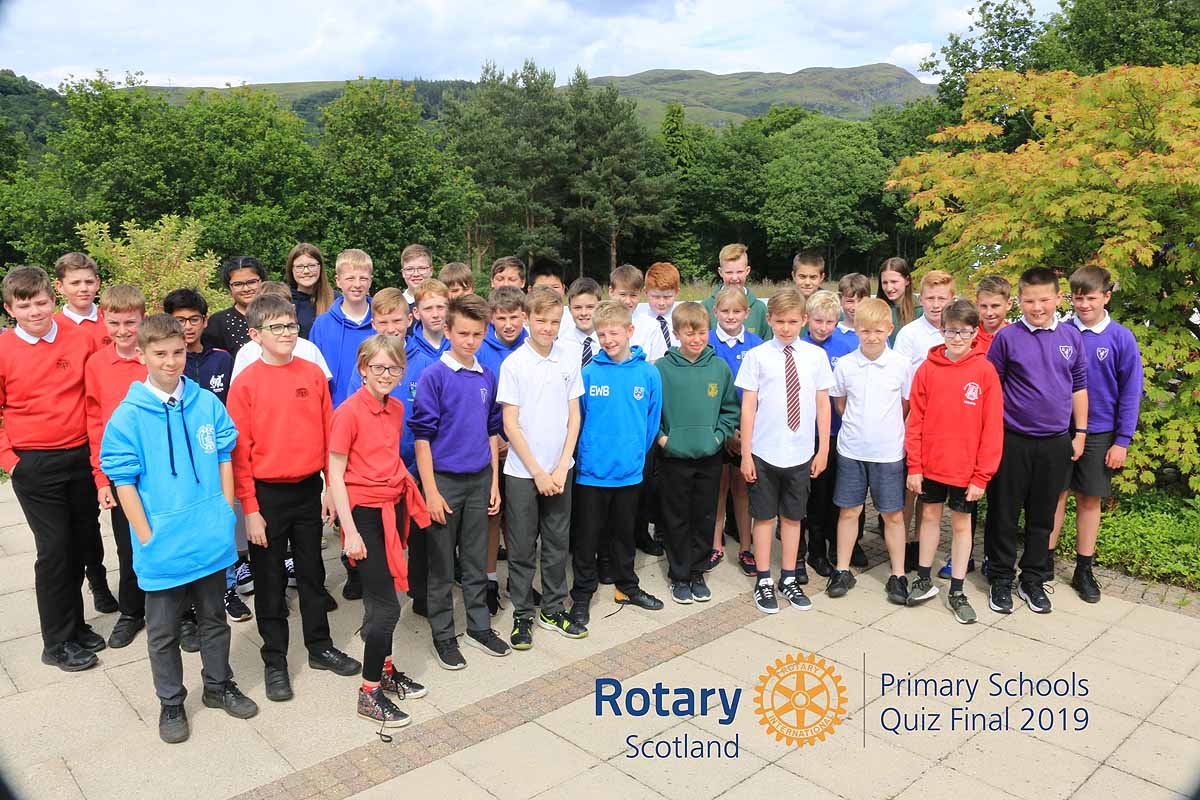 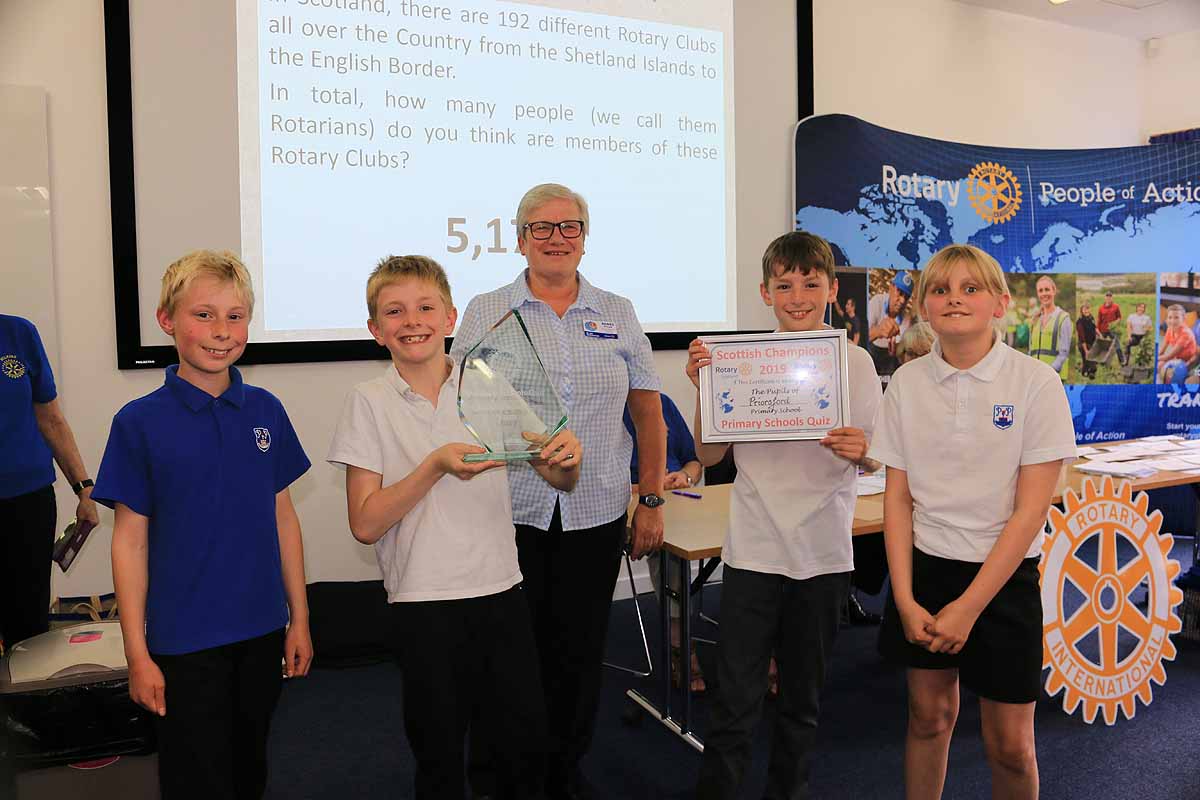 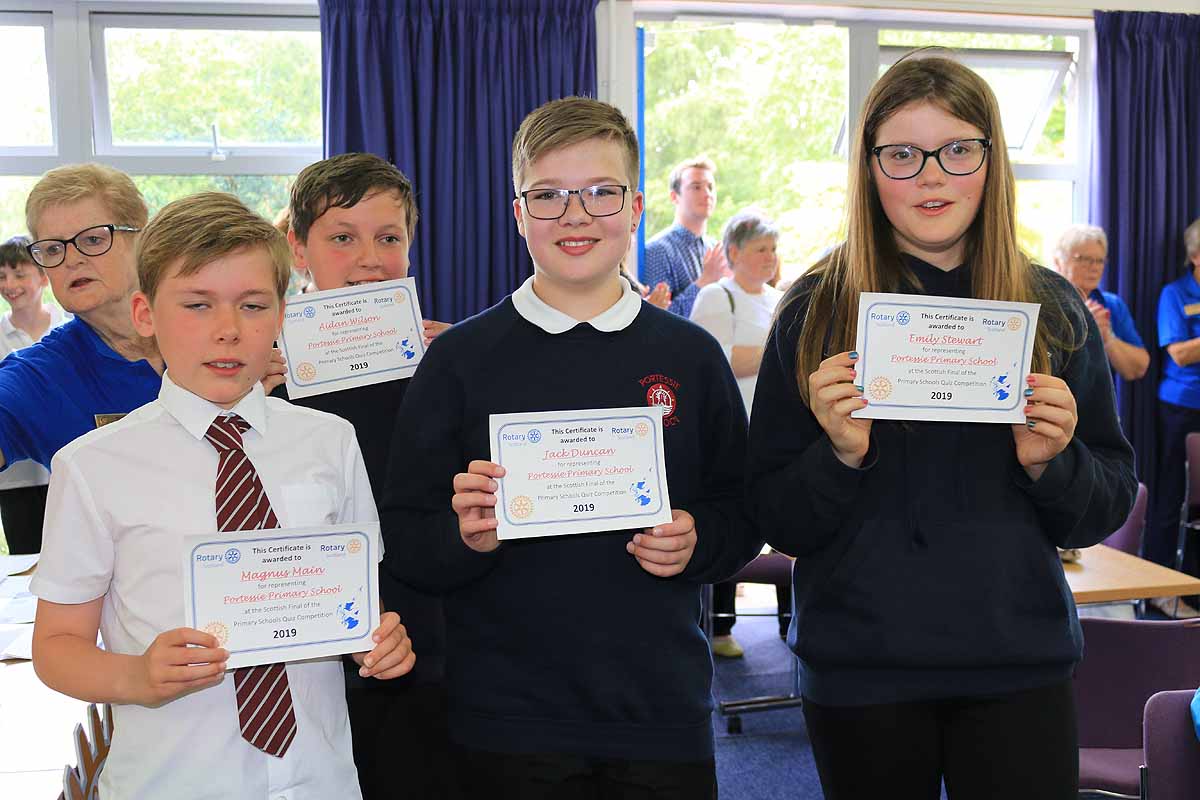 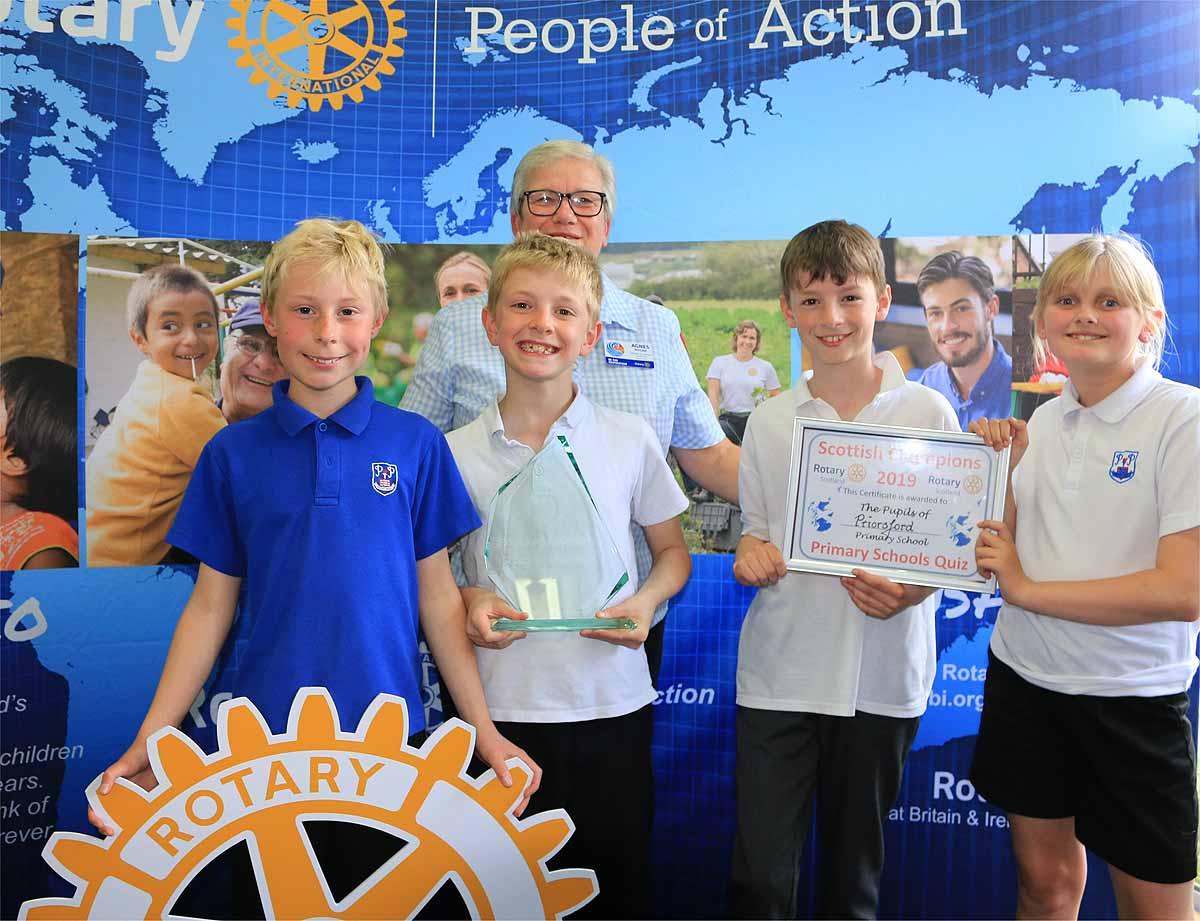 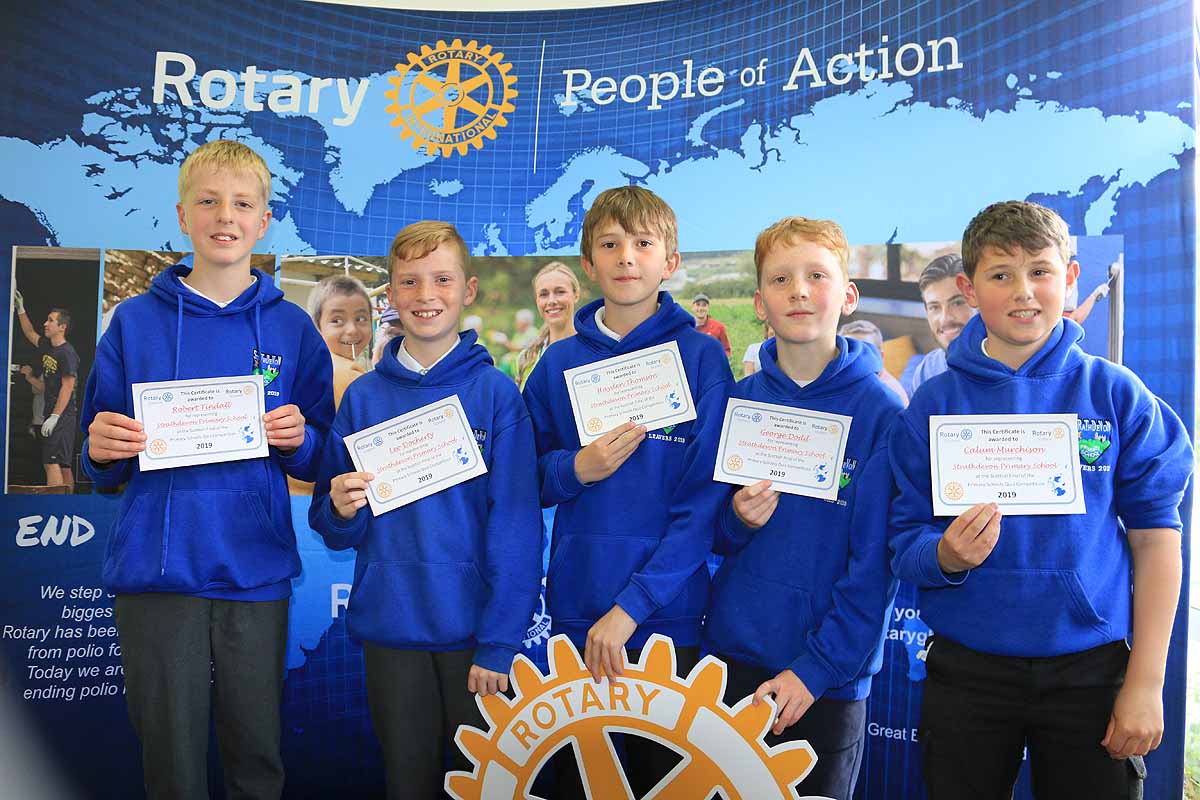 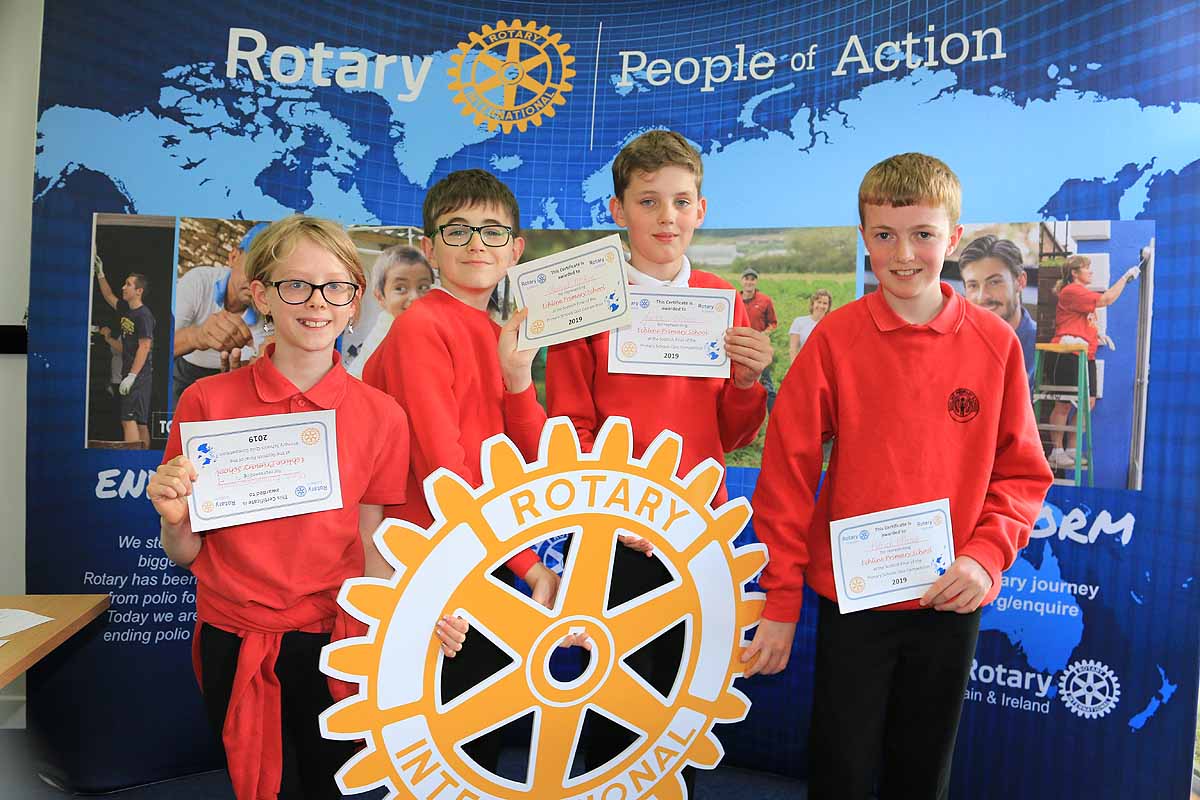 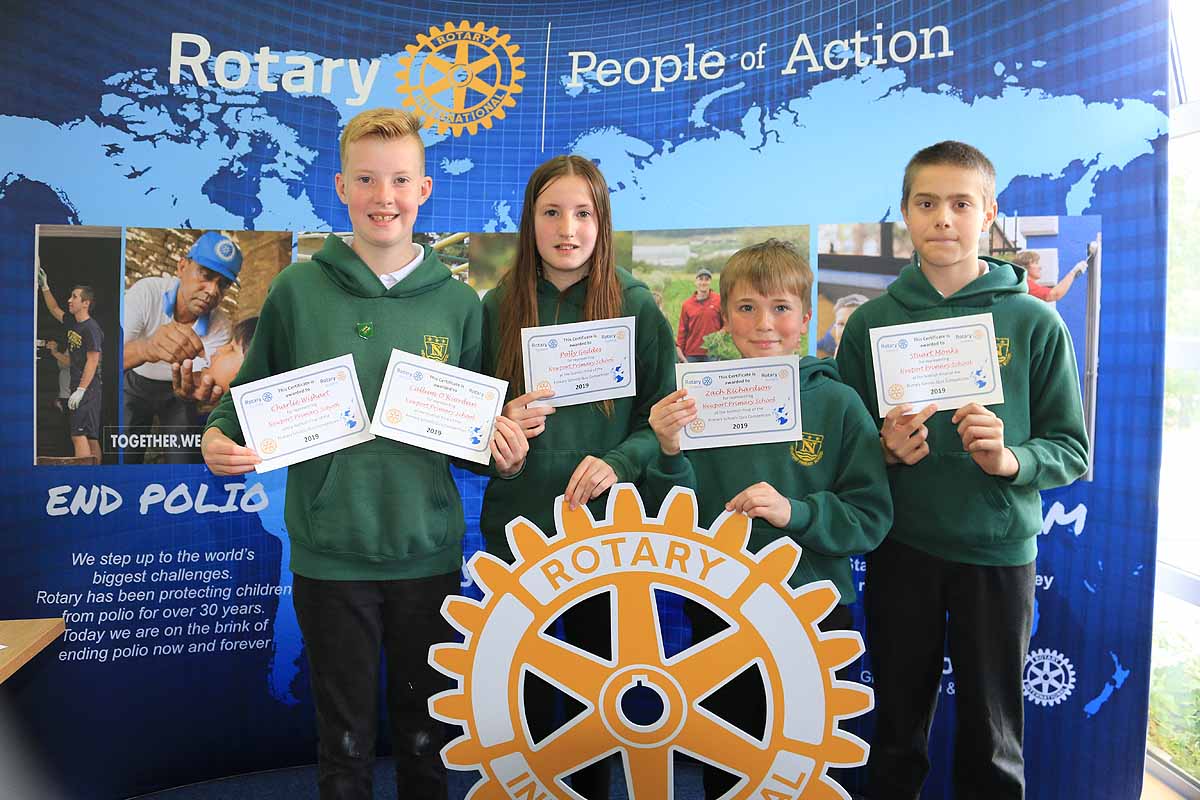 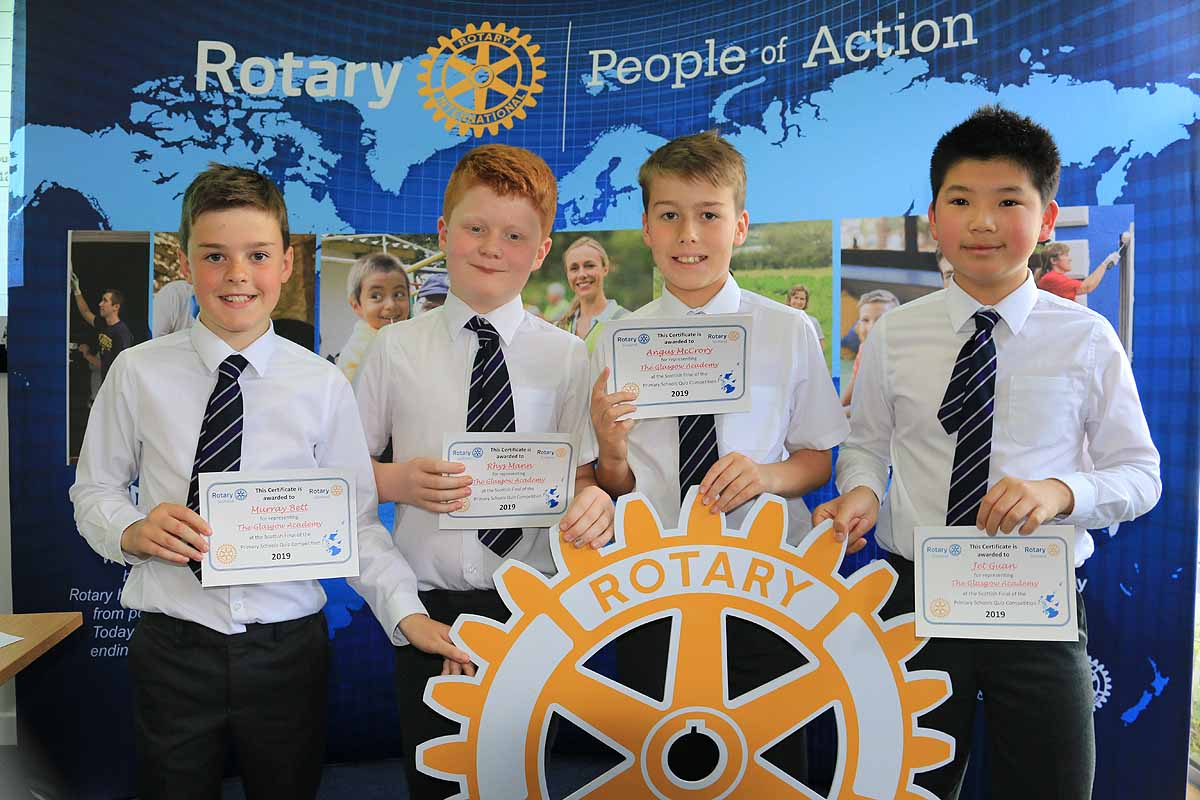 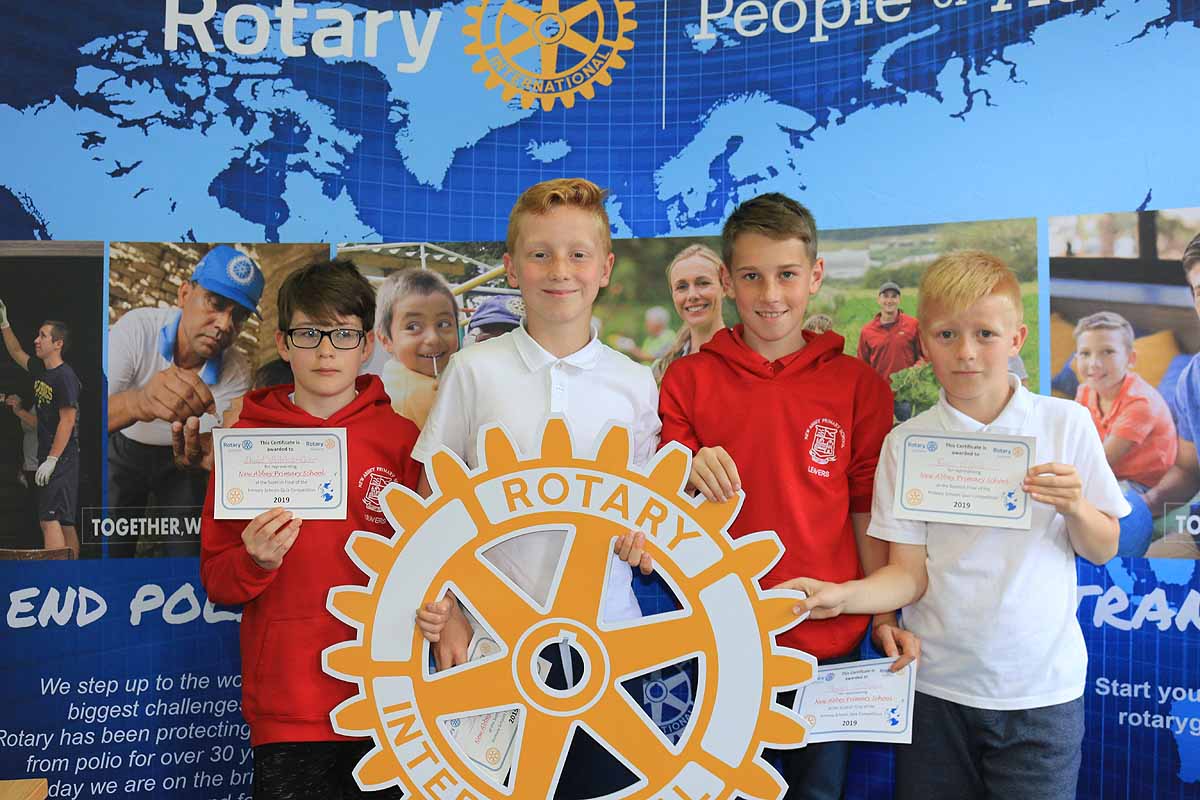 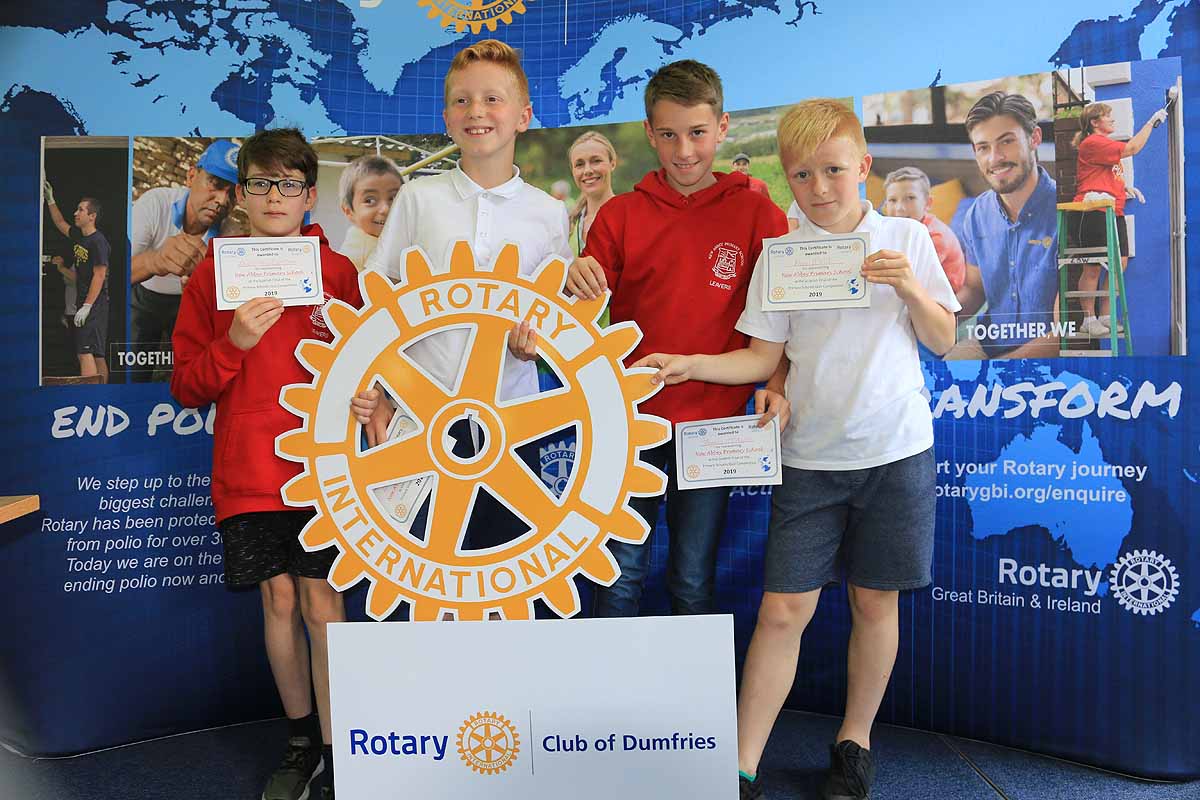 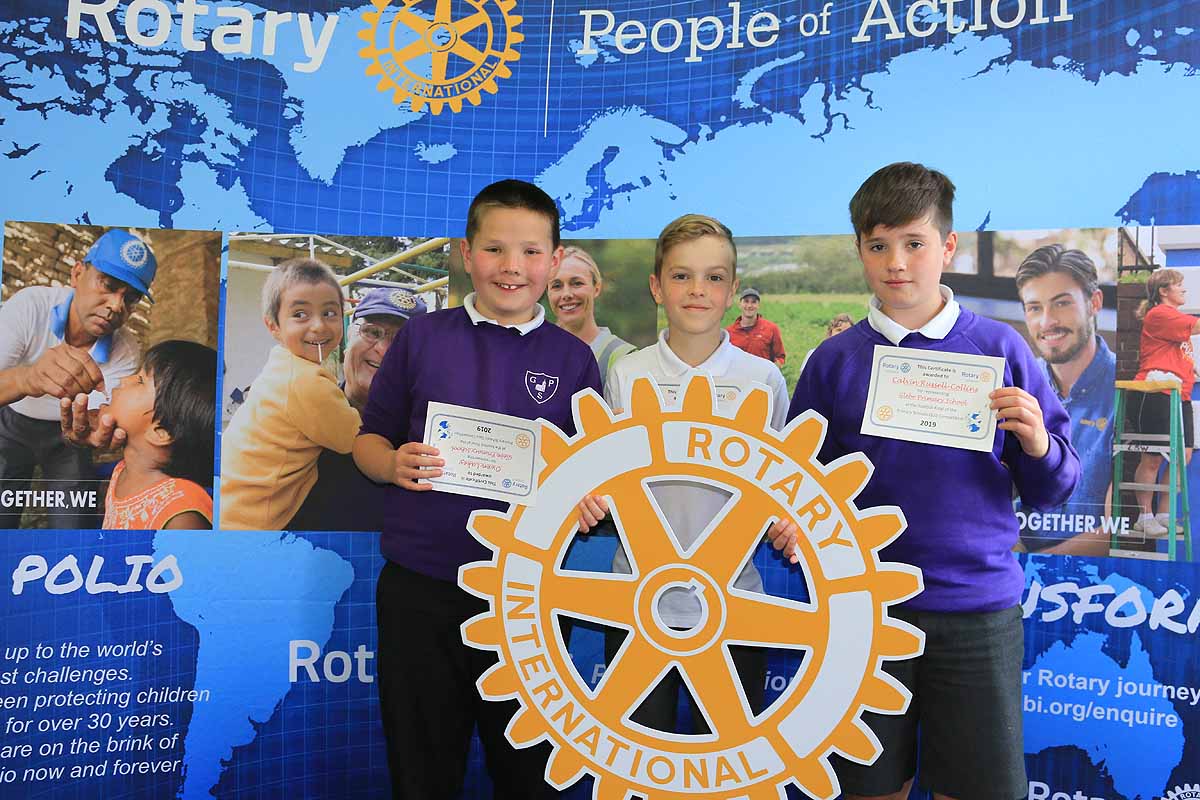 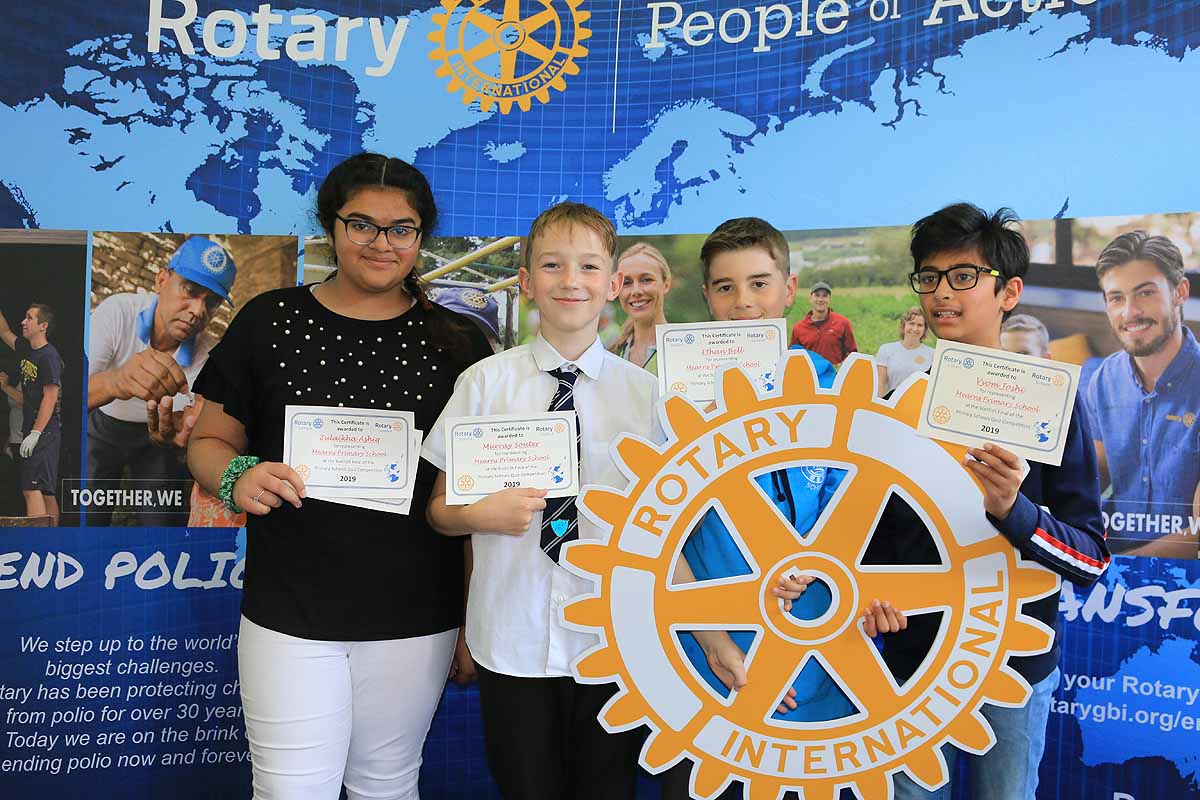 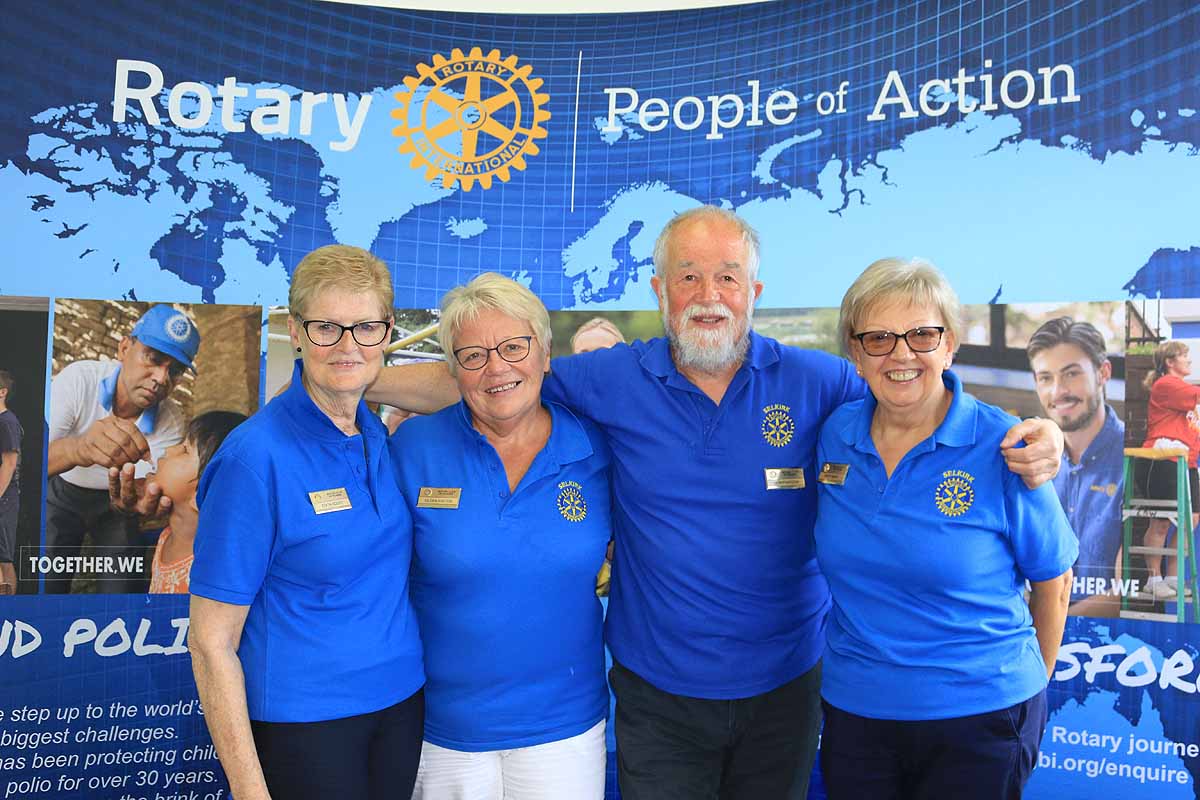 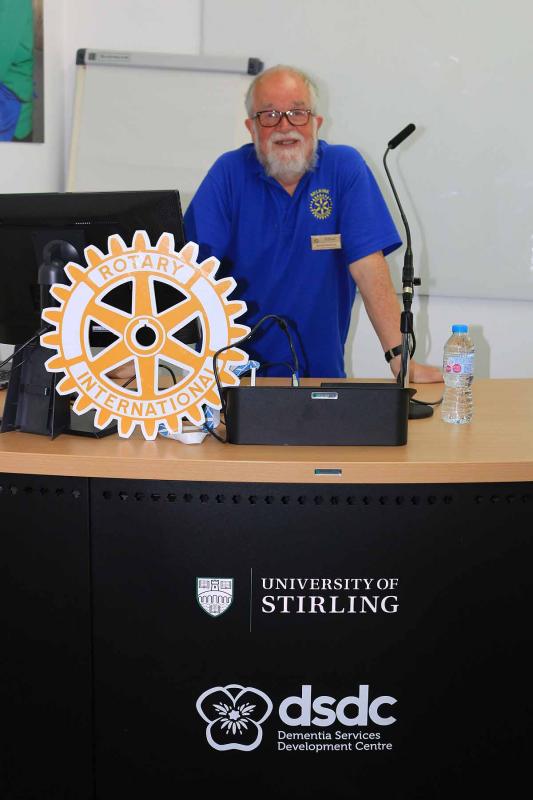 The quiz was held in the Iris Murdoch Building of Stirling University, and each District was represented by three schools. The room was packed with parents and supporters, and ended in a tie, requiring not one but two tie-breaks before Priorsfield Primary from Peebles was declared the winner.

The schools from D1020 were are New Abbey from Dumfries, Echline from South Queensferry and Priorsford from Peebles (they also represent the I.W.T. Club).

The number attending, including paresnts and supporters, was much higher than anticipated, which was good in one way, but definitely caused us some problems in running the event.  For the participating youngsters however, that didn’t seem to matter and as in every one of the earlier rounds they acquitted themselves really well.  For a final, there were more rounds and the lead changed during the course of the event.  After the final round, 2 teams were tied in first place, with another 2 only a couple of points behind.  This meant we needed a tie break and on this each team scored 11 ½ out of a possible 12, meaning that the winning team was decided on the “Ultimate Tie Break”.  Priorsford School from Peebles had the closer answer and as such were crowned Scottish Champions for 2019.

This was the first Scottish Final for some 15 years and a few lessons were learnt by the organisers.  Representatives from each of the 3 Districts have already been in touch with each other regarding early planning and arrangements for a 2020 event, so hopefully we can build on this year’s experience and go on to establish the Scottish Final of the PSQ as a regular event for every primary school with a participating team to aspire to.

As with the District Final we can only record our thanks to everyone who took part as a participant, organiser, spectator or supporter in any way at all.  In spite of the problems we had, caused by the numbers attending, the overall feedback was very positive and supportive.  Where comments have been made, they have all been accompanied by suggested improvements.  These are welcome and we have plenty time between now and next June to implement any changes we decide to make and develop the whole PSQ journey for those who take part.  We hope as many Clubs as possible will decided to continue their involvement with the PSQ, or decide to join in now if they haven’t done so yet.