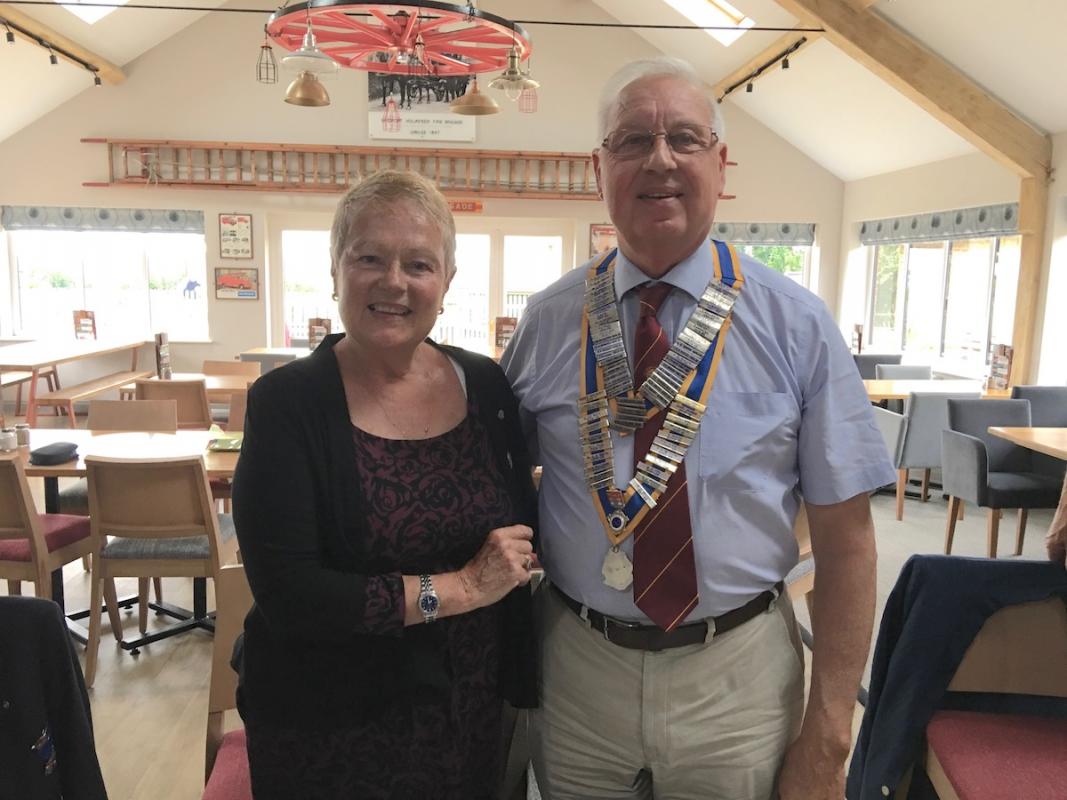 Chrissie hands over the office to David 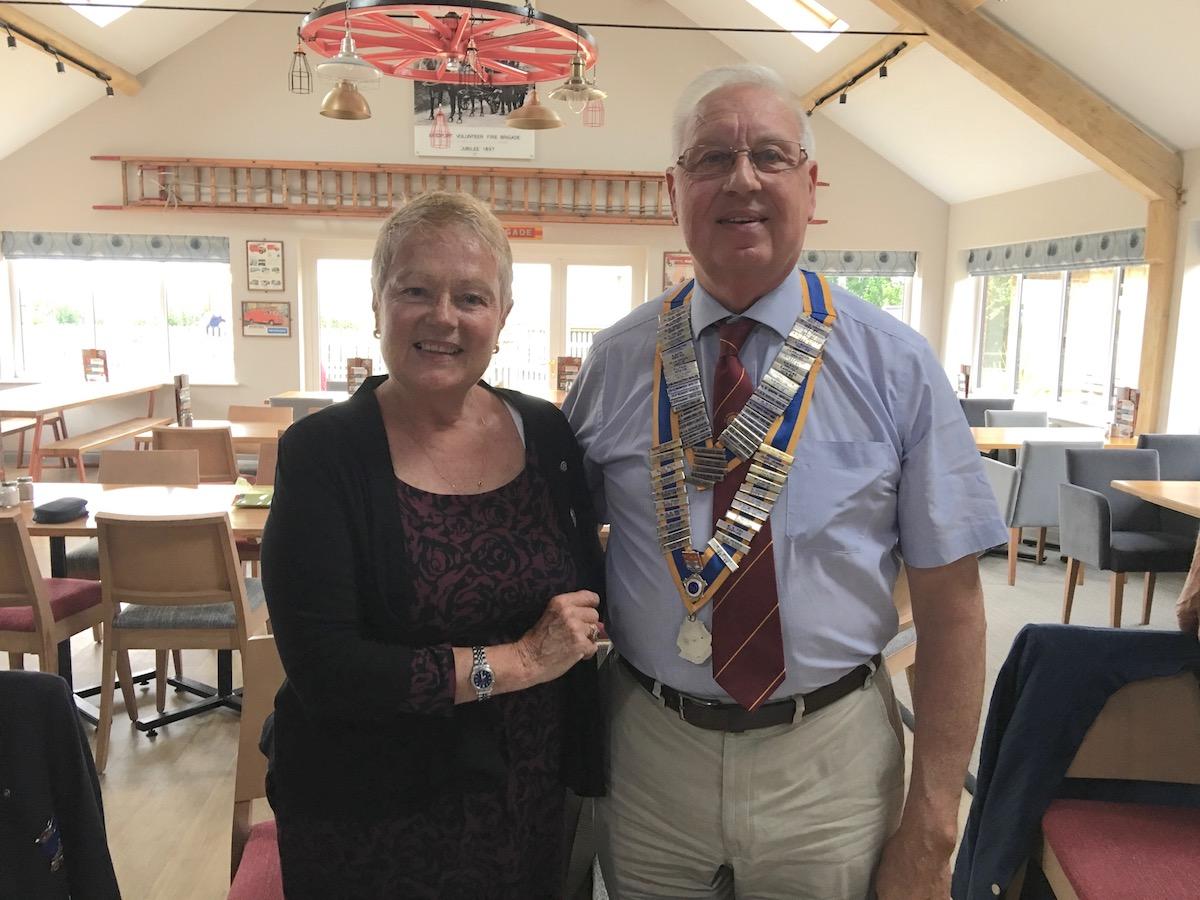 Chrissie handing over to David

Chrissie Bailey hands over the Presidency to David Weston 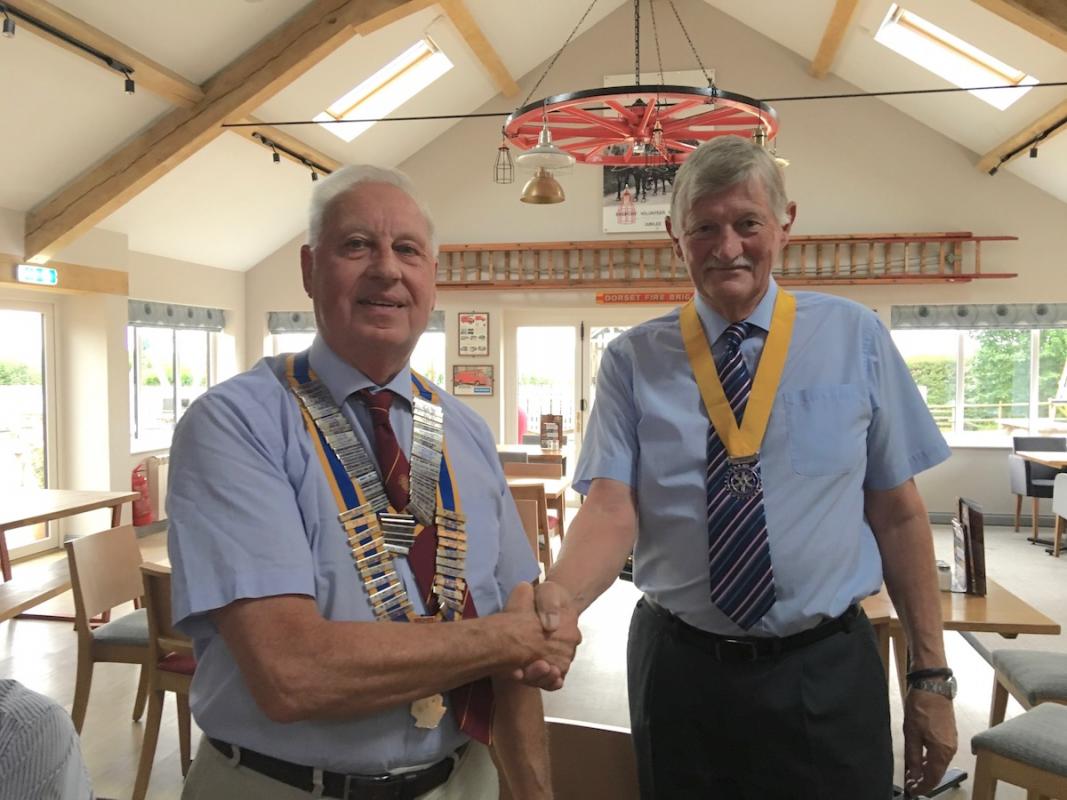 
Bridport Rotary President’s Handover
At last weeks meeting of the Rotary Club of Bridport the outgoing President Chrissie Bailey handed over to David Weston who will, for the third time, take on the important office for the 2019-2020 year.

David thanked Chrissie for the very busy and successful year she had overseen.

Chrissie made a PowerPoint presentation leading members through the events and successes of her year. In 2018 Bridport Rotary Club supported the following with these donations.

Fun and fundraising events such as Hyacinth bulb selling, the Police Choir concert, Melplash Show, were all a great success, with the pinnacle of her year welcoming Kate Adie to her President’s Night who spoke about her support for Hope and Homes for Children, which was Chrissie’s nominated charity for the year.

Hope and Homes for Children will receive a donation of £ 800

David Weston’s nominated charity for his year will be the Dorset branch of Mosaic, which is a Dorset wide charity offering a pathway of support to bereaved children, young people and their families.