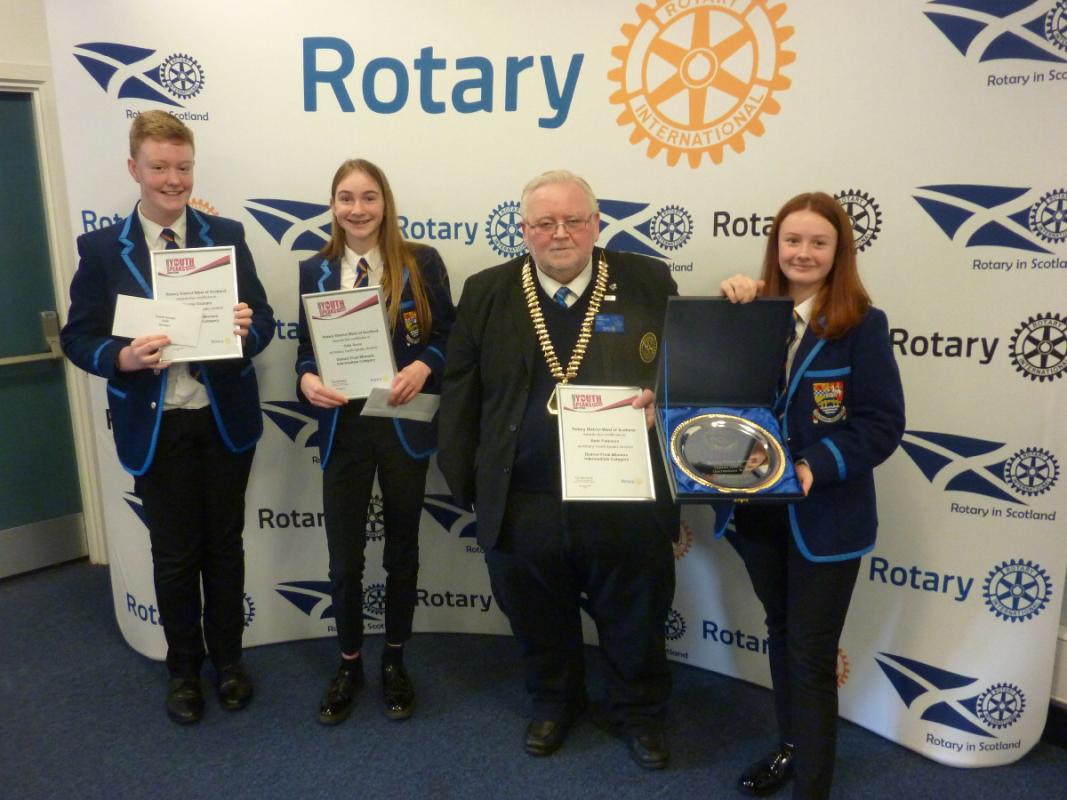 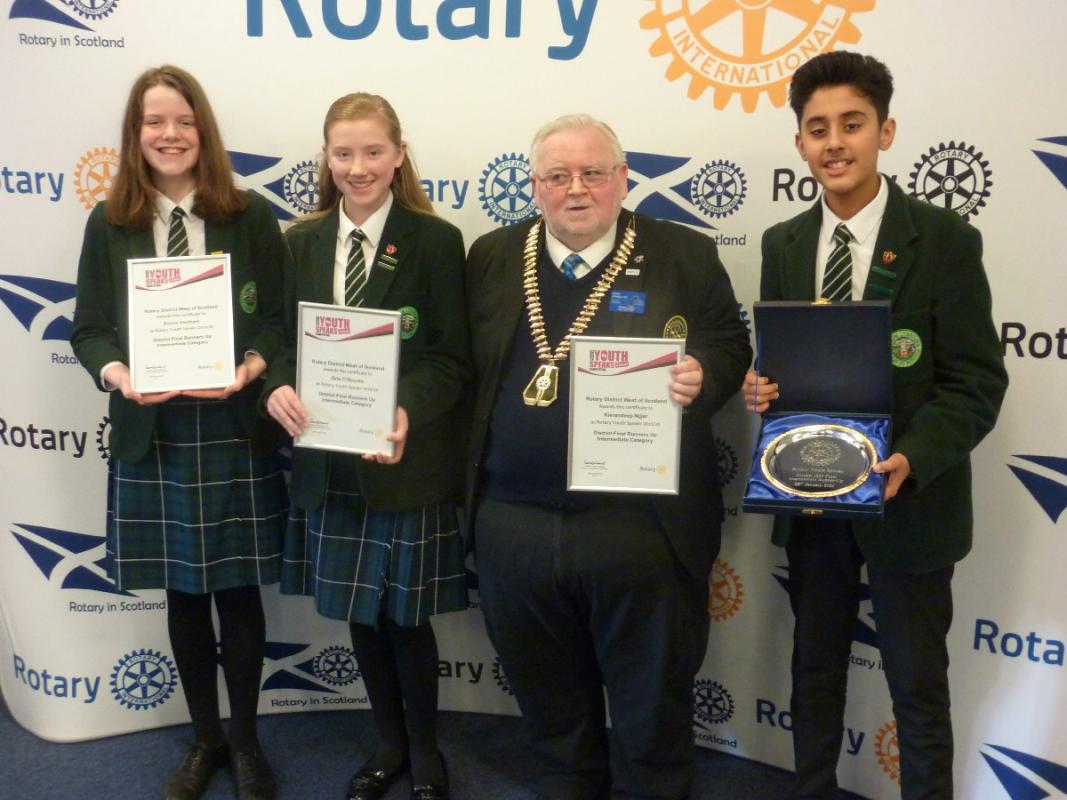 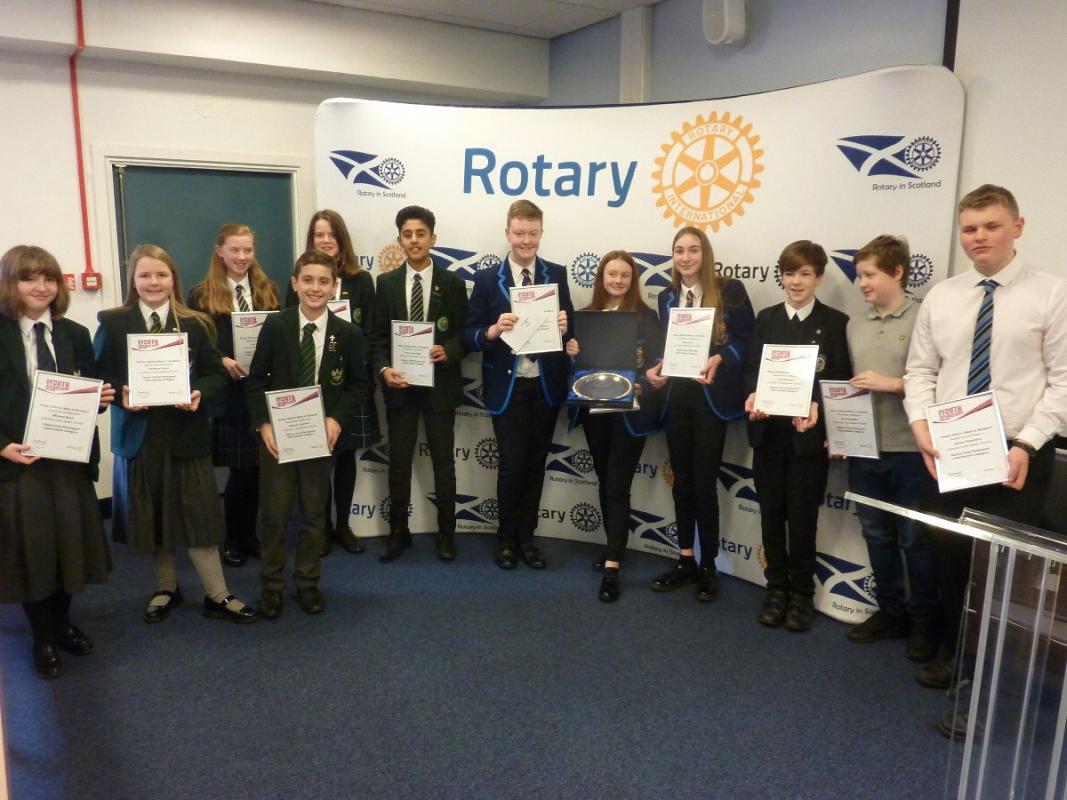 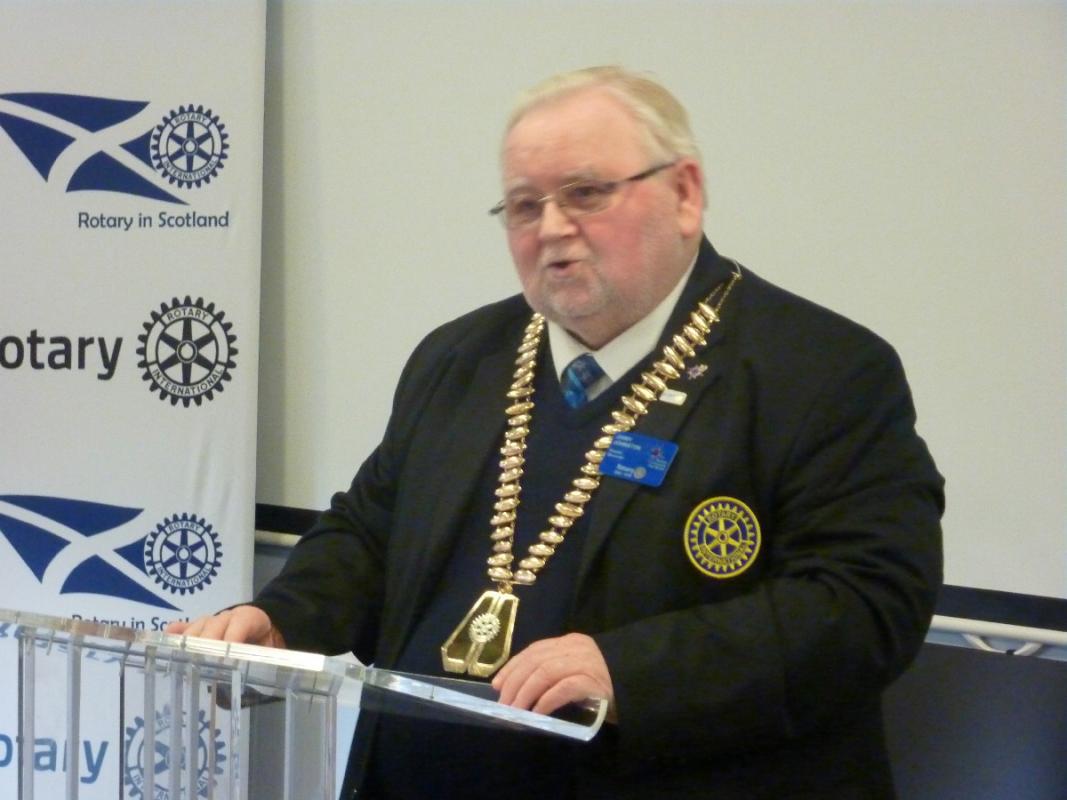 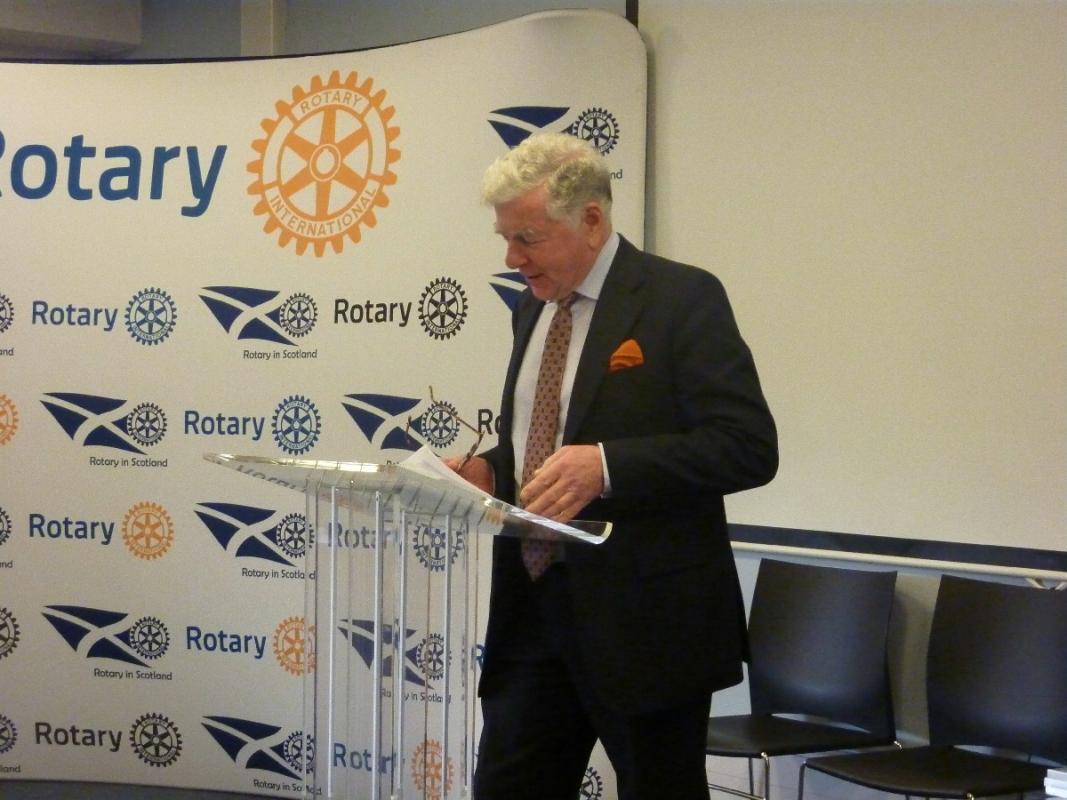 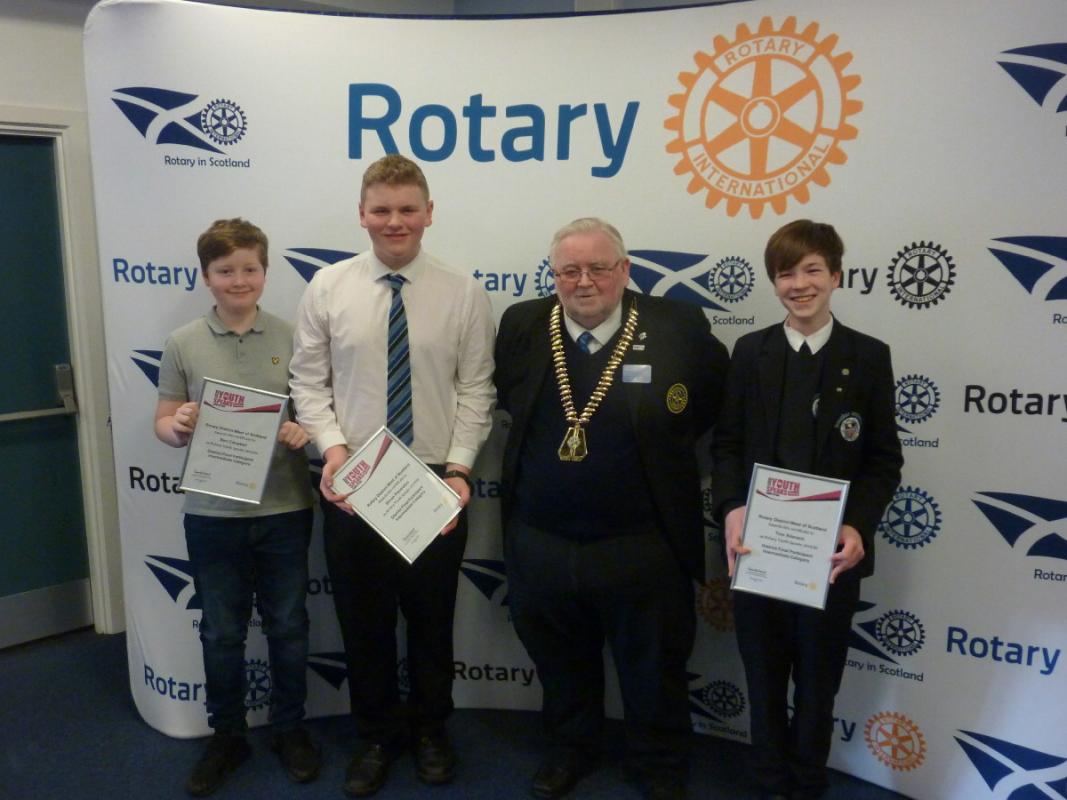 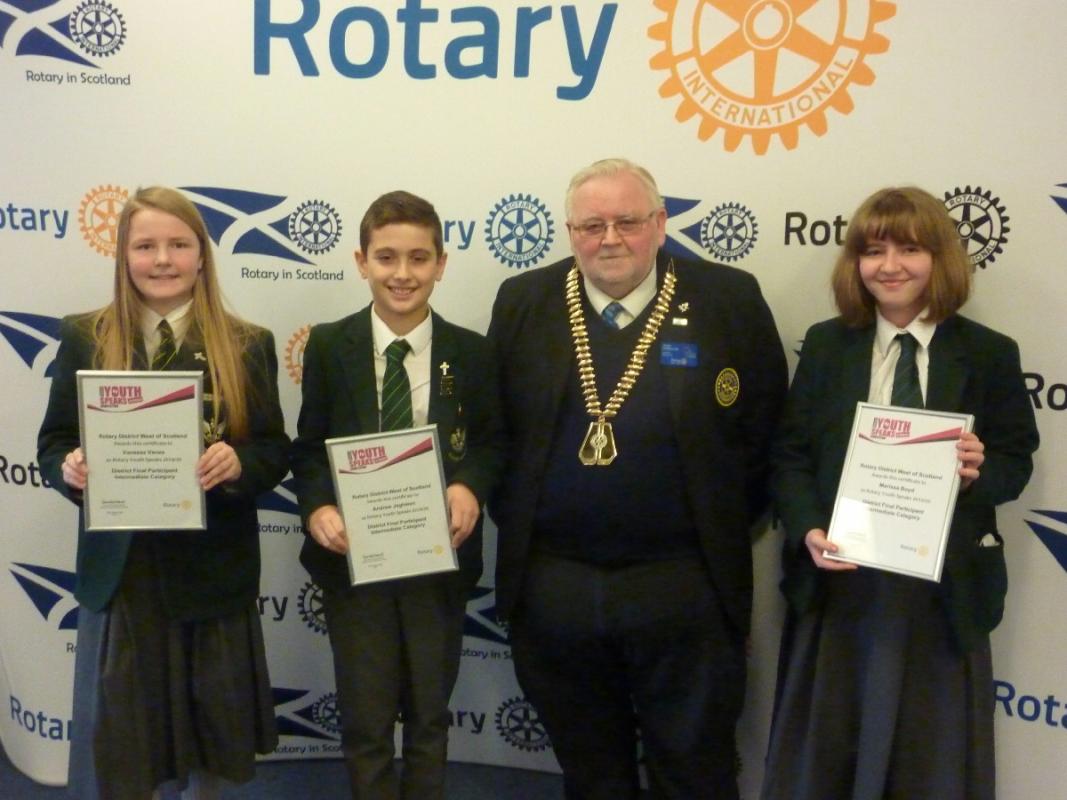 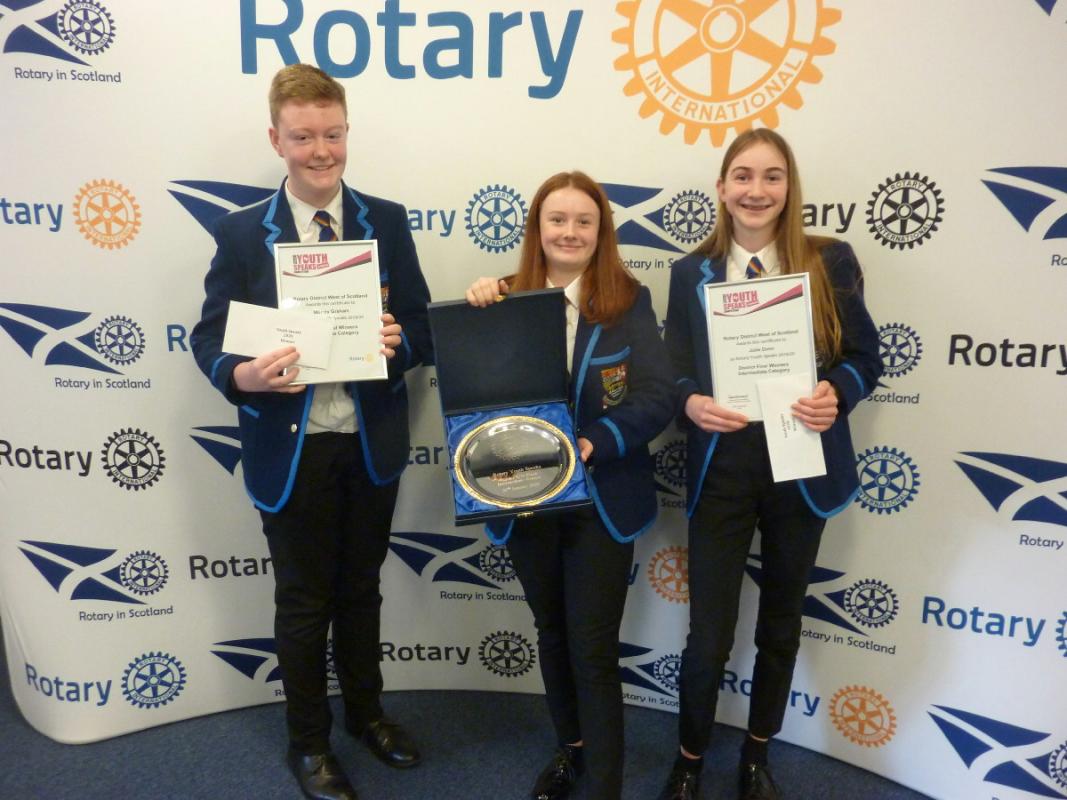 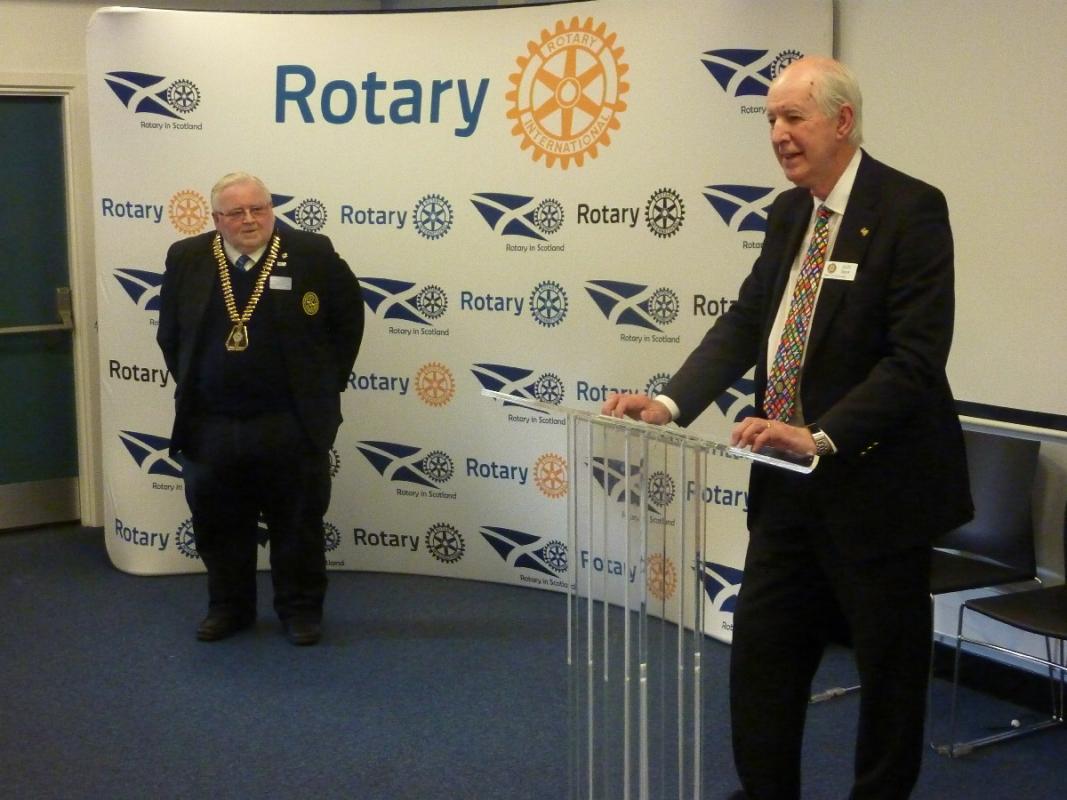 The debating chamber of the Palace of Westminster had nothing’ on the oration that was heard from schools taking part in the District Final of Rotary’s ‘Youth Speaks’ Intermediate competition, recently held at Glasgow Caledonian University on Sunday 26th January.

Speaking on “Prince Harry – Friend or Foe”, Kyle Academy won a closely fought contest from St Columba’s who finished as Runner-up.  The winners now progress to the next stage of the national competition.  Four teams, each consisting of three pupils took part and the brief stipulated that there had to be a chairperson, a proposer and an opposer.

John Pears, chairperson of the judges said, “The quality, enthusiasm and preparation shown by all participants was spot and they were a credit to their schools”.    The winning team consisted of chairperson, Berth Paterson, proposer Murray Graham and opposer Julie Dunn.  District Governor Jimmy Johnston presented the prizes.

Kyle Academy will now go forward to face other top schools from across Scotland in the Regional Final, which is being held in Stirling on Saturday 7th March.