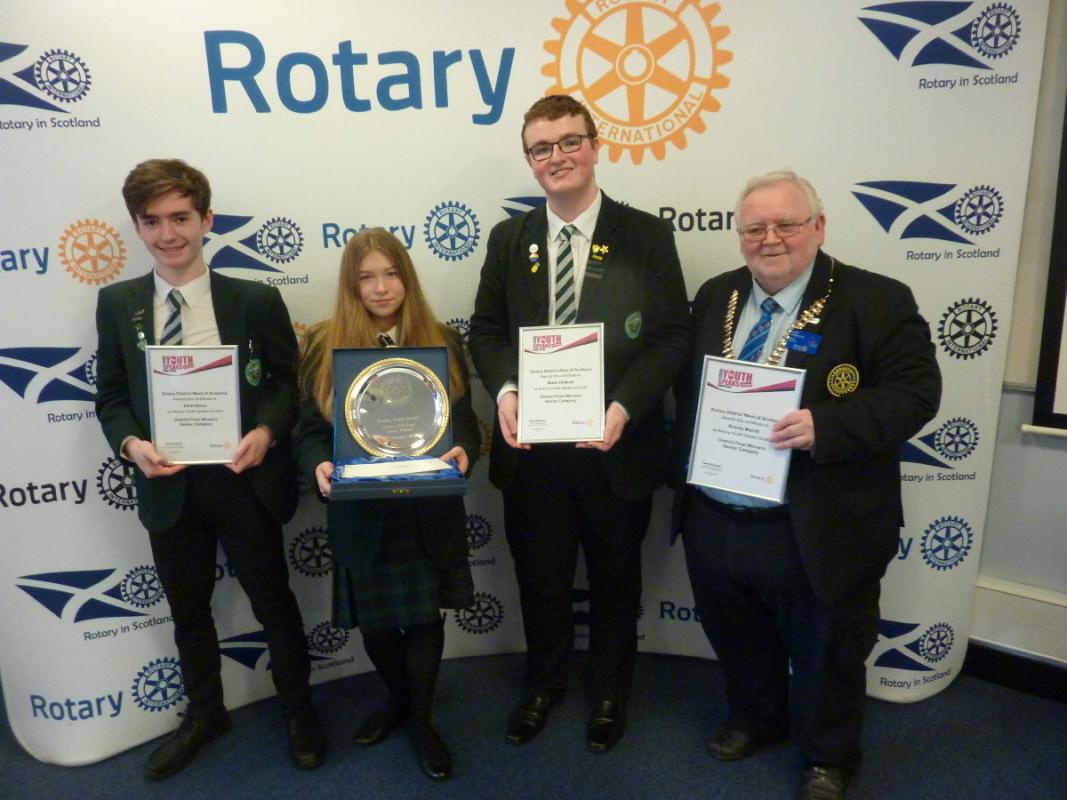 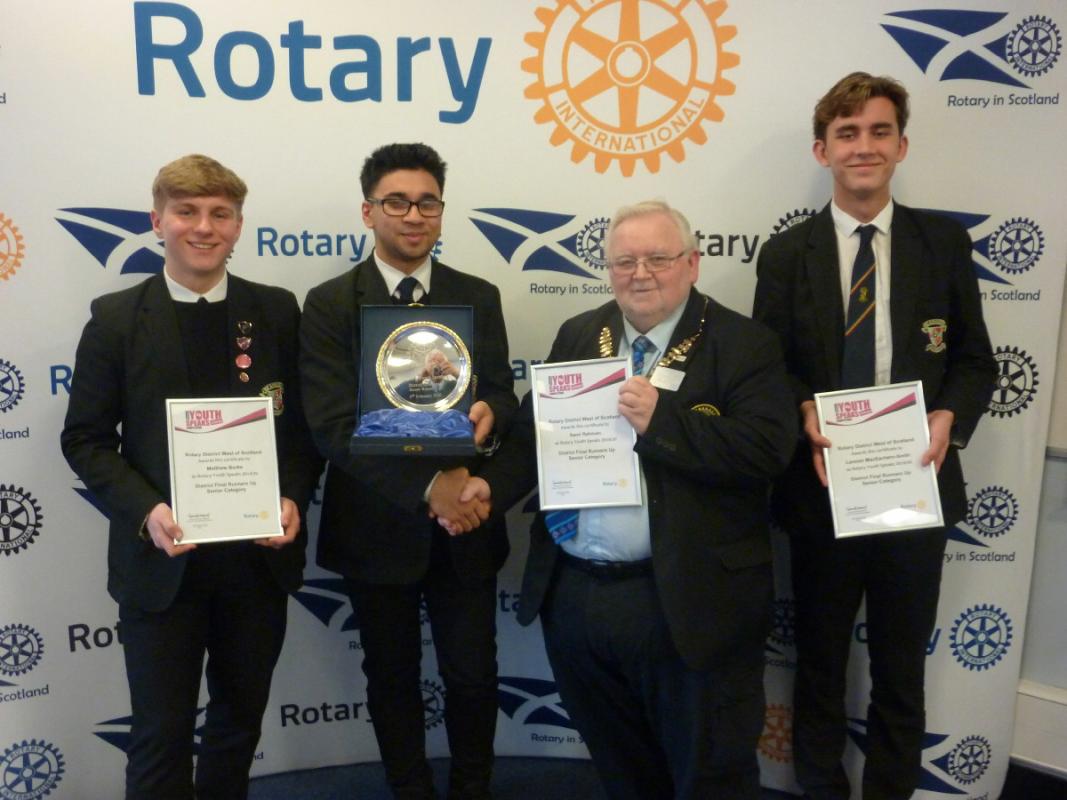 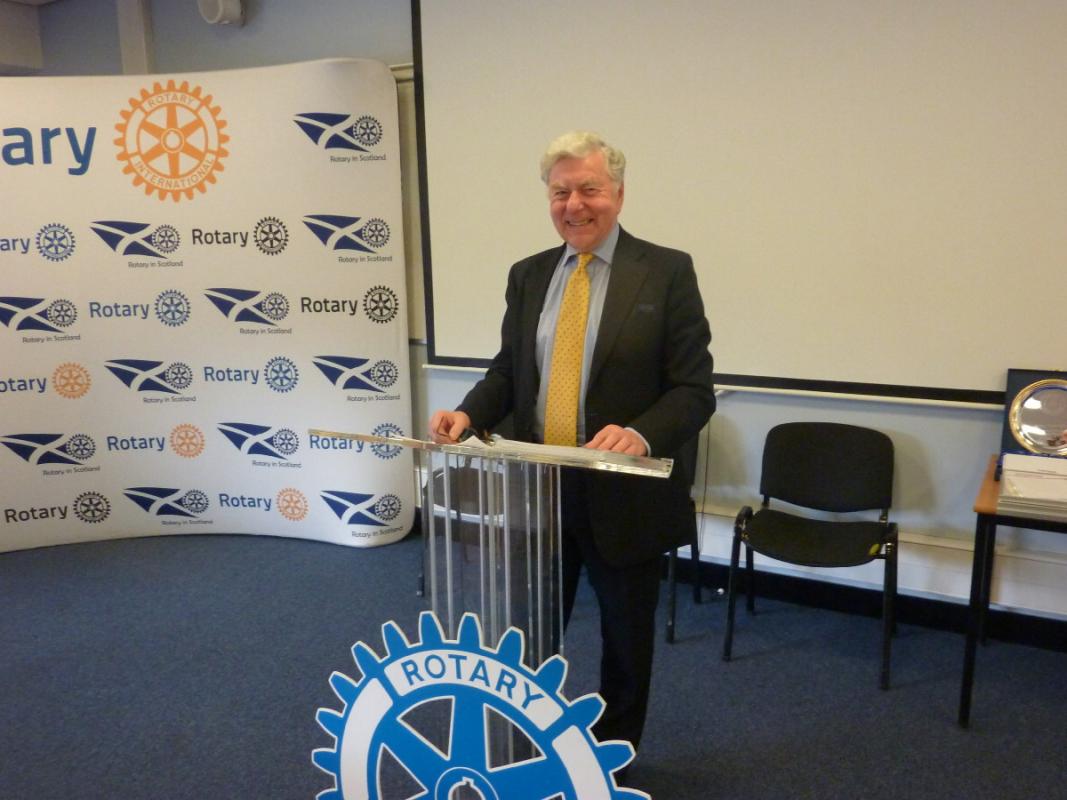 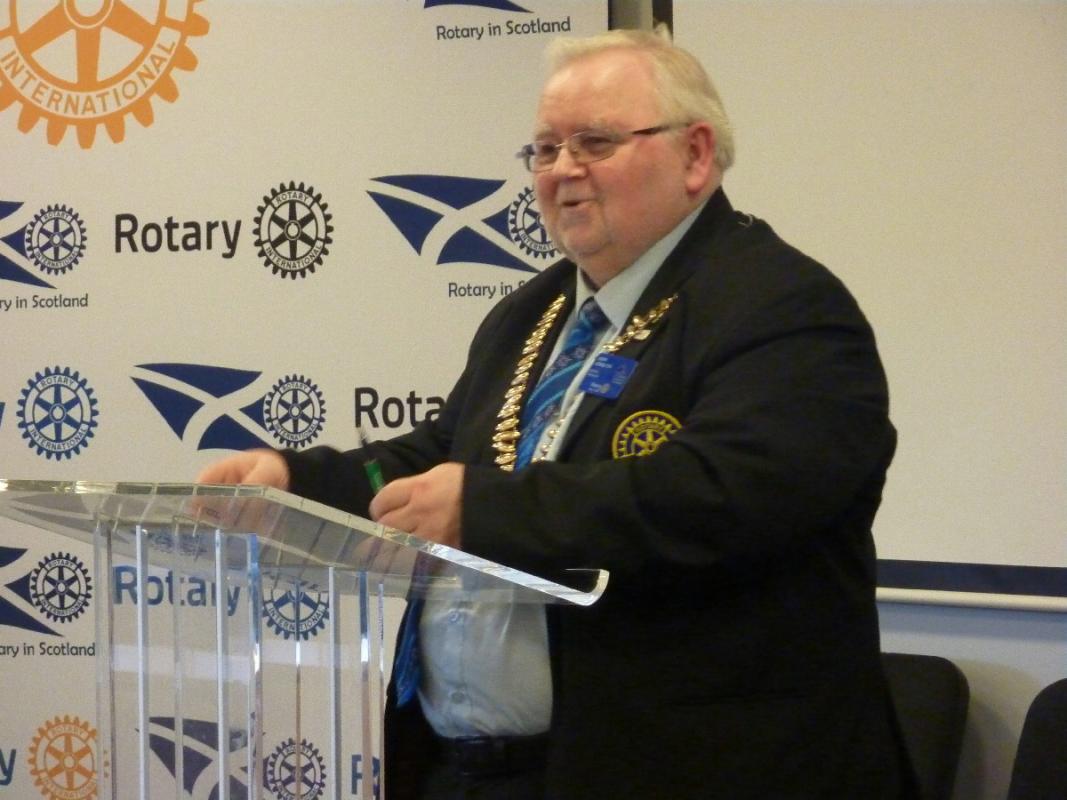 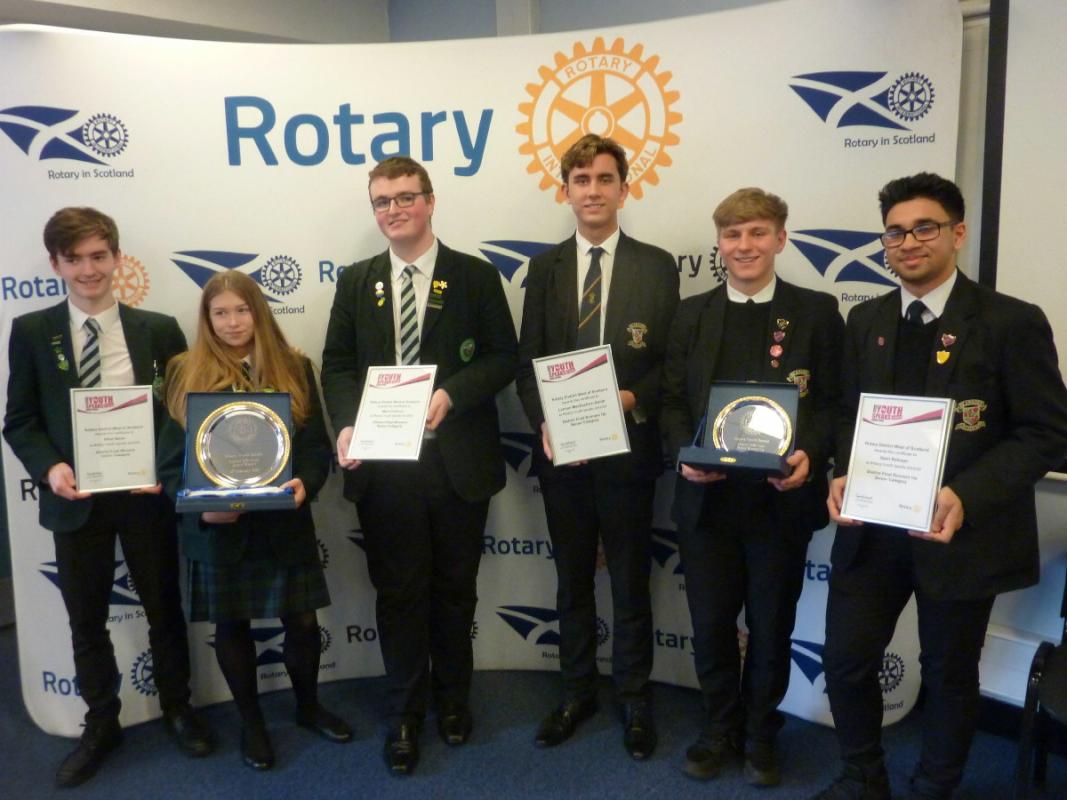 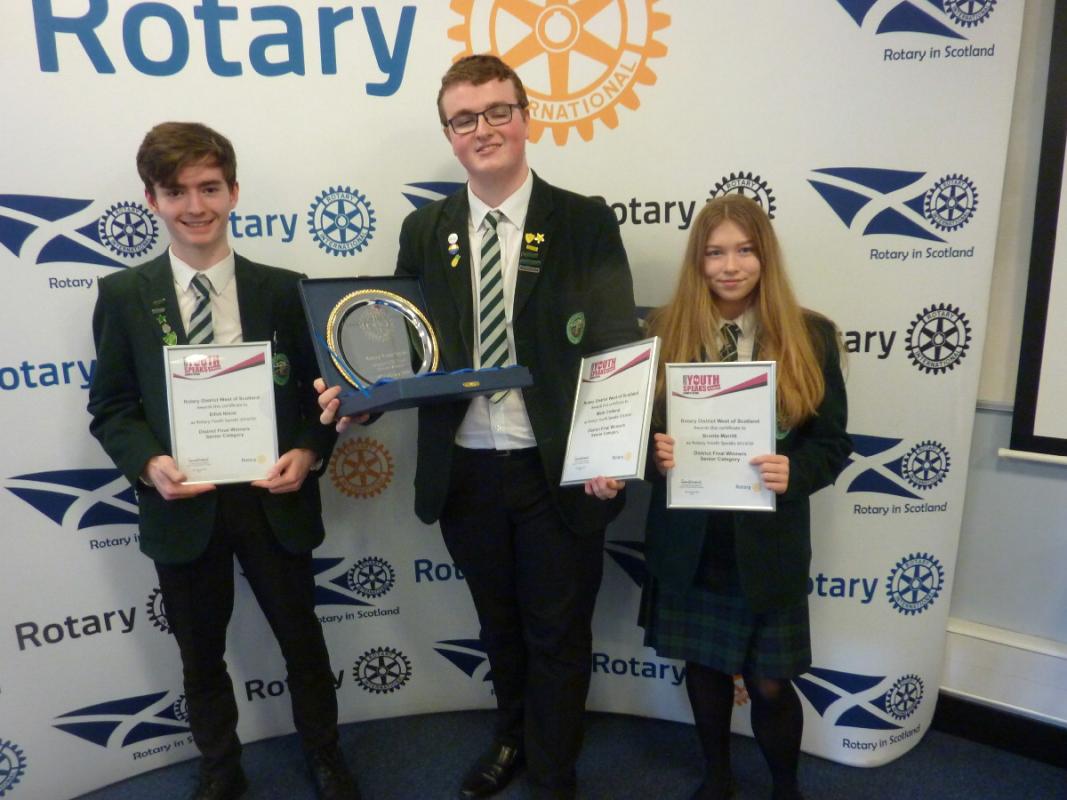 On Sunday 9th February, the West of Scotland District Final of Rotary’s “Youth Speaks – A Debate” competition was held at Glasgow Caledonian University.

Speaking on “We are too sensitive”, St Columba’s won by the narrowest of margins – one point from Bearsden Academy who finished as Runner-up.  The winners now progress to the next stage of the national competition.  Each team consisted of three pupils and the brief stipulated that there had to be a chairperson, a proposer and an opposer.

John Pears, chairperson of the judges said, “It was a pleasure to listen to these young people who are the incoming generation.  He mentioned that humour was a great tool to help engage with the audience and was used well by each team.  All were winners and all gave an excellent performance”.

St Columba’s will now go forward to face other top schools from across Scotland in the Scottish Regional Final, which is being held in Stirling on Saturday 7th March.

The Senior Category of the competition offers young people, aged 14 – 17, the experience of speaking on a public platform as members of a team.  Each year, hundreds of young people take part in the local, district and regional events that culminate in the Rotary National Final. 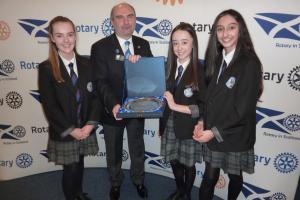 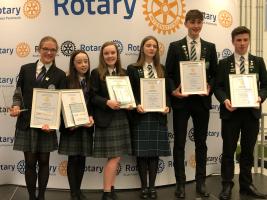 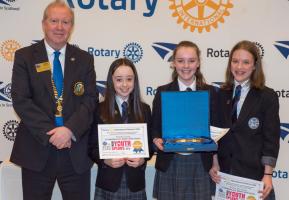 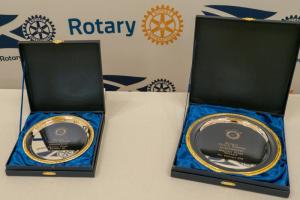 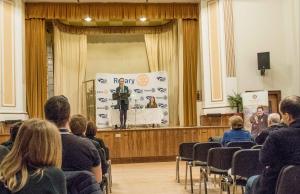 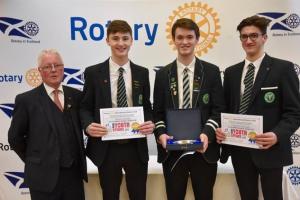 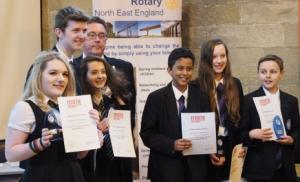