South Wales Rotary Alumni Association undertook a 24Km trek with the aim of raising money and awareness of the ongoing humanitarian crisis in Yemen. 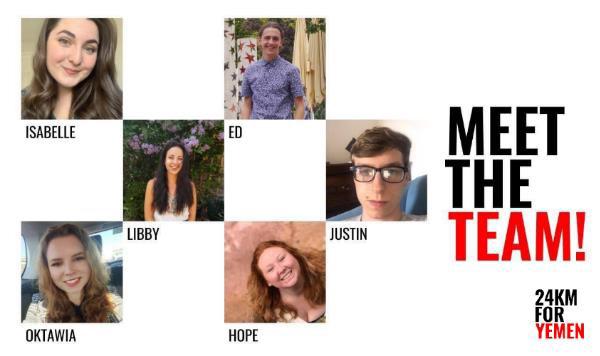 On the morning of the 25th of July 2020, the South Wales Rotary Alumni Association undertook a 24km trek with the aim of raising money and spreading awareness of the ongoing humanitarian crisis in Yemen. They are a group of young people from South Wales who are supported by Newport Uskmouth Rotary Club, working together to help the 24 million people in Yemen in urgent need during what has been described by the UN as the world’s worst humanitarian crisis. To put this number into perspective, 24 million people equates to approximately 80% of Yemen’s population, with over half of this figure being children. While being criminally underreported, conflict-ridden Yemen has been torn apart significantly over the past 5 years, forcing it to the brink of collapse. Additionally, with COVID-19 spreading rapidly, the situation is only getting worse, further increasing this state of emergency.
Furthermore, the team worked in conjunction with NYCA, the Newport Yemeni Community Association, to not only gain a deeper understanding of the situation, but also to work together in order to unite both forces in building and raising awareness of this humanitarian crisis. Members of NYCA also participated in the walk, with both groups setting off from different locations in accordance with the social distancing requirements, spanning across Cardiff, Newport, Ogmore-by-Sea, Brecon Beacons and even Loughborough. As a result of these social restrictions, certain group members had to complete the challenge alone, while others were able to walk with friends and relatives, documenting their individual journeys throughout and sharing their experiences via social media platforms. Despite the typical Welsh weather, they powered through and managed to complete the journey in one piece.
The Alumni Association created an online presence on Facebook and Instagram with their emblematic ‘24km for Yemen’ trademark, where they were able to share information, videos and statistics on the current crisis in Yemen, all the while linking to the JustGiving page that has been set up to receive donations. Their Facebook page has reached over 4,000 people, including a diverse international audience and has also achieved 177 Facebook likes. The Association has worked alongside NYCA to raise money for the charity CARE International UK, who are one of the few international aid agencies to have had a long-established presence in Yemen since 1993. They decided collectively on this charity as it is not only committed to providing life-saving immediate support, but they are also dedicated to providing long-term solutions to the most vulnerable. This continued support will ensure that CARE International UK’s amazing work will continue to help millions of Yemenis who are fighting for survival, while also positively impacting the Yemeni community in the UK.

Despite initially setting a £1000 target on their JustGiving page, they have managed to surpass this figure by a staggering amount, in fact almost doubling it to £1,970 and counting (excl. £309.25 Gift Aid) for CARE International Relief Fund. This ultimately demonstrates how we are always stronger together, and united, we can make a difference.

Additionally, the link below is a video that they put together, with a few photos and video footage of their journey: https://youtu.be/hluzRaZmC4Y