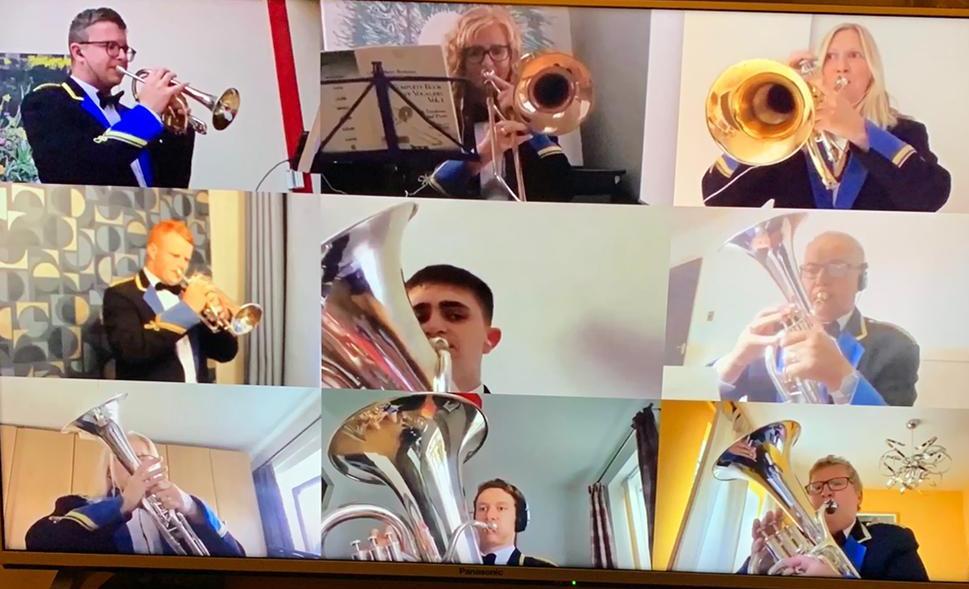 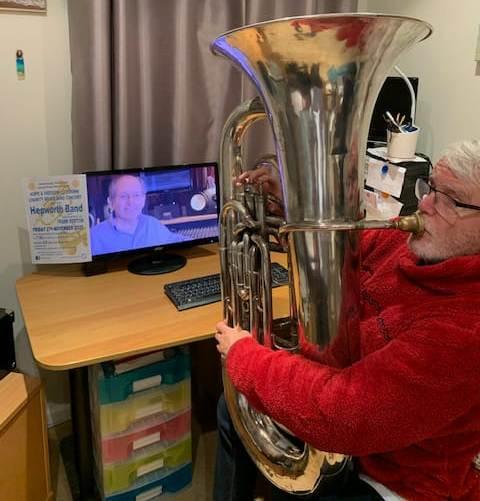 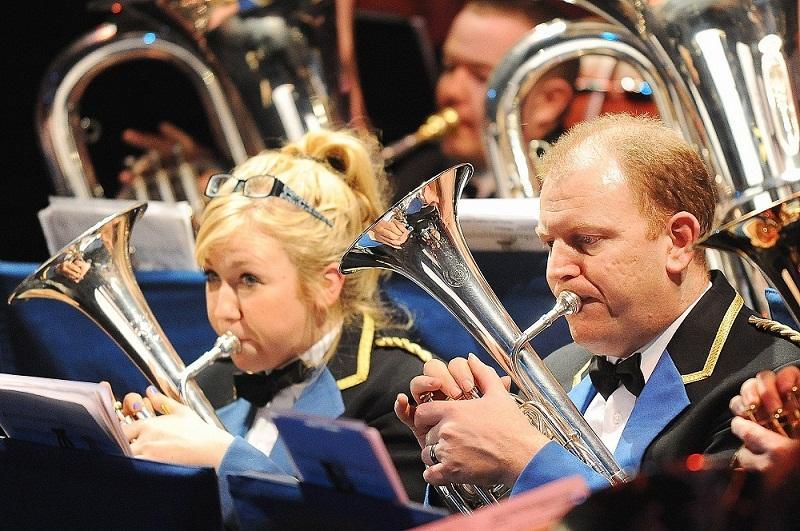 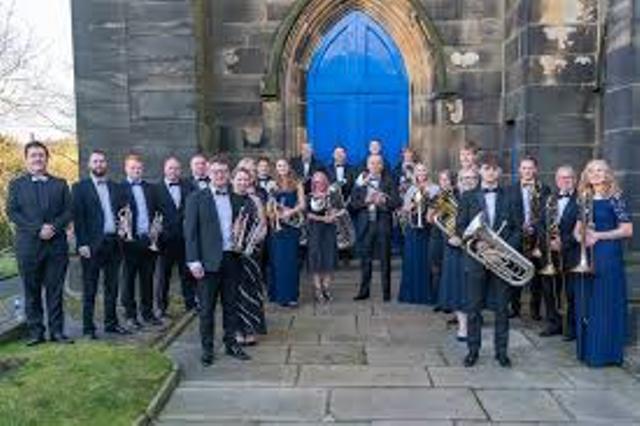 Following the Yorkshire Area Contest in March the Hepworth Band could not get together for rehearsals because of lockdown until October. To Aireborough Rotary’s delight and benefit they then offered to produce a virtual concert to replace October’s regular Charity Brass Band event at Yeadon Town Hall and the rest is enjoyable history.

The reasoning behind and arrangement of each piece was explained in his own inimitable manner by Frank Renton, who, since 1998 has hosted the concerts with three different bands  raising more than £65000 for the Aireborough Club’s diverse charitable efforts.

The concert began with Yorkshire Fanfare, followed by Nordic Polska, part of Hepworth’s winning performance at the Bolsover Festival, followed by a multi track version, recorded individually in July in the middle of lockdown, of Gresford, the miners’ hymn. The Hepworth Band normally represents the village of New Herrington at Durham Miners’ Gala and this recording was presented to the village on the day of the gala, gratefully received and described as a very emotional tribute.

To celebrate Yorkshire Day, the first of August, required some detailed organising with four Yorkshire bands involved – the City of Hull band, Strata Brass, the Shepherd Group Band and the Hepworth Band – one from each corner of ‘God’s own county’.  Jonny Bates new arrangement of the Yorkshire Anthem – ‘On Ilkla Moor baht ‘at’ was the spontaneous choice. This was accompanied by some enterprising and delightful pictures of the innumerable participating members with a deserving mention for the player in the flat cap! Words ran along the bottom of the screen especially for our welcome watchers in New Zealand and Thailand.

‘Shine as the Light’ merging into ‘the Long Day Closes’ showed the band recorded on 15 October in Holmfirth Civic Hall under extensive social distancing and Covid rules conducted by Brian Watkins.

The Hepworth Band is an integral part of the community and this year the New Mill and Hepworth Remembrance Day Service and Parade were to take place, following a march, outside the British Legion instead of in the church. The band were asked specifically to play Elgar’s ‘Nimrod’ for this service with George Newbold, as ever, playing the Last Post live during the outdoor service. As with several items of the concert this piece was accompanied by a selection of pictures of previous years.

The final piece ‘Haul Away’ was performed with permission from Jon Boden of Bellowhead and was specially arranged for the band by percussionist Liz Byrd giving full rein to her multiple talents.

Aireborough Rotary members are immensely grateful to Jolly Northerner for the production of the video with support from the Garfield Weston Foundation and look forward to October 2021 and the prospect of once again seeing Frank Renton and the Hepworth Band returning to the stage of a revitalised Yeadon Town Hall.

The concert premiered on Aireborough Rotary's YouTube in high picture quality on Friday 27 November 2020 at 7.00 p.m. and remained available for 5 days. I've already watched it twice!