The Rotary Foundation with John Waddell

All your questions answered about Rotary's charity.
John will be speaking to us on Thursday 22nd July 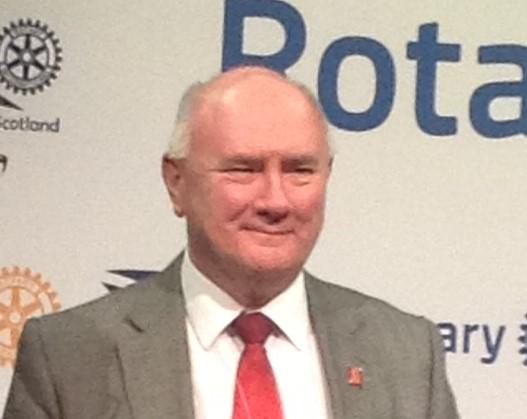 John gave an excellent presentation at the Presidents Elect Seminar in April which he will reprise here and answer as many questions as you have about our charity.

A little about John: -

John joined Rotary in 2000 and introduced to Eastwood by the then Director of Education for East Renfrewshire, Eleanor Currie, when he was Chair of Williamwood High School Board.      He was mainly involved in local youth projects and became President in 2005 -2006.

He was asked to attend RIBI Assembly as a stand in for the incoming District Secretary who later became ill and could not take on that role. John became District Secretary in 2006 when notices and minutes were still being done on paper and posted.

Three years later PDG Andy Slater invited John to become an Assistant Governor covering the eastern Clubs in the District and then attended a ‘free lunch’ along with Joyce to consider becoming DG in 2014.

John is now in his 5th year as Foundation Chair and also oversees Safeguarding and Resilience. He is currently the interim Health & Safety Officer and is undergoing mediation training with Rotary in GB & I.

During this difficult time we are meeting online twice per month on the 2nd and 4th Thursday's at 7pm via Zoom.

Visiting Rotarians and guests are always welcome but please contact us beforehand, using the 'Contact' option below, so we know to expect you and don't leave you in the Waiting Room.

Members will be advised of the connection details nearer the time