AG elect Heather Stuart will be in attendance read more...

This year the Rotary Club of West Fife celebrated its 38th Charter Dinner. Ruth Davidson, Leader of the Scottish Conservative Party was forced to call off as our guest speaker due to the General Election but a Sherriff proved to be a great deputy. read more...

Appointment of office bearers for next Rotary year read more...

Marianne Lind will address the Club

Rhona Cunningham will address the Club

Joint Venture between RCWF and Circle of Comfort "“ read more...

This talk will be delivered by Kevin simpson

The Exhibition is completely free and open to all with up to 20 exhibitors present including:

Brian Williamson will address the Club

Donald Mackay is organising the lunch in the Viceroy restaurant to which all members are invited.

There will be no meeting - festive break

There will be no meeting - festive break

Festive entertainment for all to enjoy read more...

David, District social media expert, will advise the members how to further enhance the Club profile by using the recently introduced twitter and facebook. read more...

After the bowling supper will be taken at Sweet Chestnut restaurant

Review meeting - are we a success story?

Tue 1st November 2016 John Macallum will give his vocational talk

From Kuala Lumpur to Glasgow - a Commonwealth Games Journey

The Club will be addressed by Kimberley Salmond read more...

Make your own way to Glasgow. After tour of studios anticipated to have a convivial lunch. read more...

Topics on ongoing projects will be discussed

Mark will tell us all about himself! read more...

Malcolm Hamilton will address us

The Club will have a presence at this event. Come along and have a chat with us. read more...

Provisionally in diaries as confirmation to be received nearer the time.

Alex Hill & Craig Lindsay will address us. Prior to this the Young Citizen Award will be presented to Casey Anderson. read more...

The Club will have a presence at this gala which is held on the village green. Come along and meet us? read more... 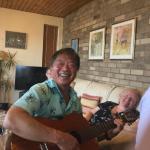 Helen will give us a talk on her professional experiences as a G.P.

Roddy Duncan will address the Club with his Rotary vision. read more...