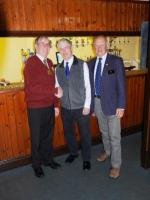 Details of how to become a Rotarian 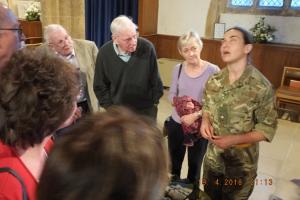 Details of how to find a Rotary Club 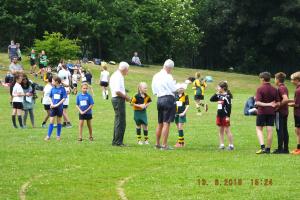 Outline of the costs of Rotary

Well, we seem to be a little late updating the website but better late than never.

Members were pleased to join incoming President Dick Arnold, at Monks Yard in Ilminster, for this year's Handover Meeting.

President Dick, who is taking on the Club Presidency for the second time, succeeds outgoing President Peter Stefanovic following a very successful year for the Club, something that Dick plans to build on.

During the course of the coming year Dick plans a number of events including a return to St. Mary's Church, Chard for our Annual Carols by Candlelight Service, a Burns Night Supper, A concert by the Budleigh Salterton Male Voice Choir, Carol Singing at Tesco and, of course, the QuadKids Primary Schools Athletics Event.

There are also plans for some more fun activities such as Pitch and Putt at Windwhistle Golf Course, a trip and afternoon tea at the East Somerset Railway and a weekend away to Warners on the Isle of Wight.

We will of course be looking to help with activities both in the local community and farther afield and in fact our efforts started this Saturday (3rd Oct) with buckets being rattled at Tesco in Chard to raise funds towards the Pakistan Flood Relief Appeal. We would like to thank Tesco for allowing us to collect and the people of Chard and surrounding area for their generosity which saw justunder £500 being raised over 3 hours.

Overall we are looking forward to a full, interesting and exciting year of Rotary.

The return of our annual Carols by Candlelight Service in St. Mary's Church, Chard featuring children from one of the local primary schools.

Our annual Christmas Celebration with partners and guests.

(We are now back holding regular face to face meetings on the 2nd, 4th and 5th Tuesdays of the month. However, we are also maintaining a monthly ZOOM meeting on the 3rd. Tuesday. Join us at any of our meetings. Contact us at chardrotaryclub@tiscali.co.uk.) Fore Street

Get the Rotary Club of Chard app!