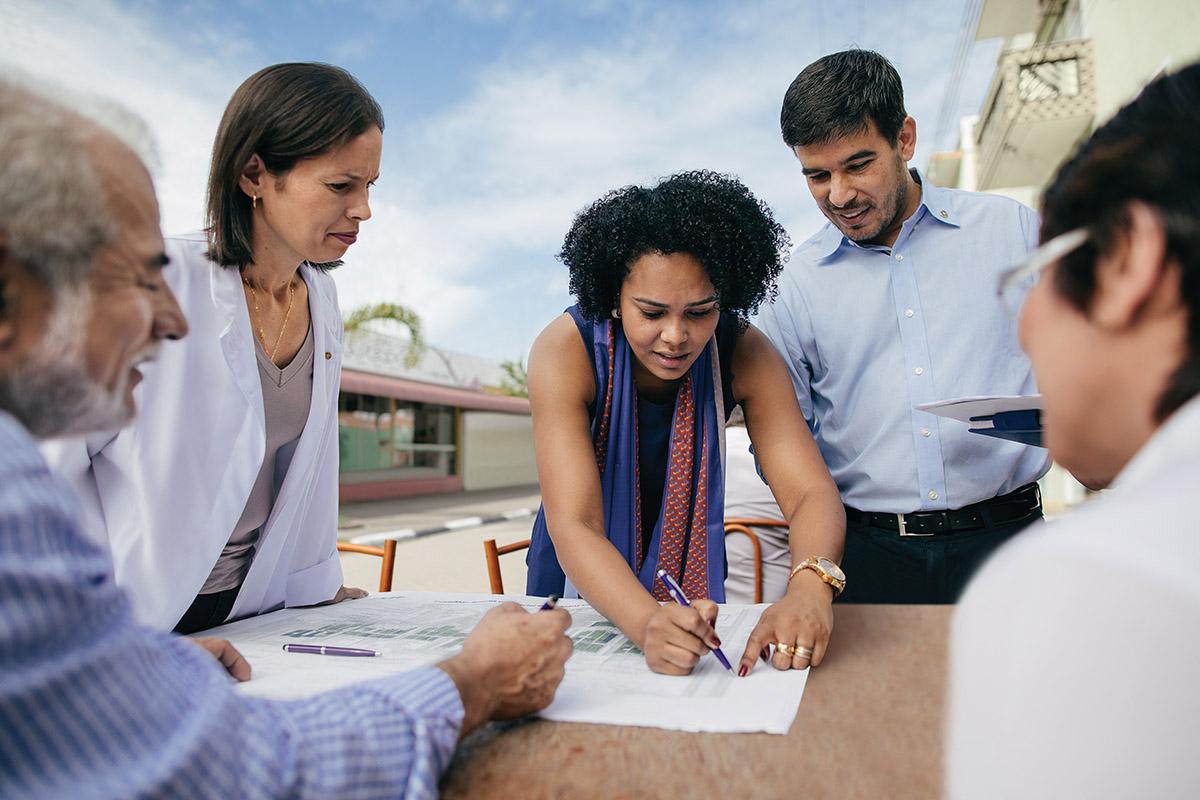 Welcome to Rotary Club of Yeovil 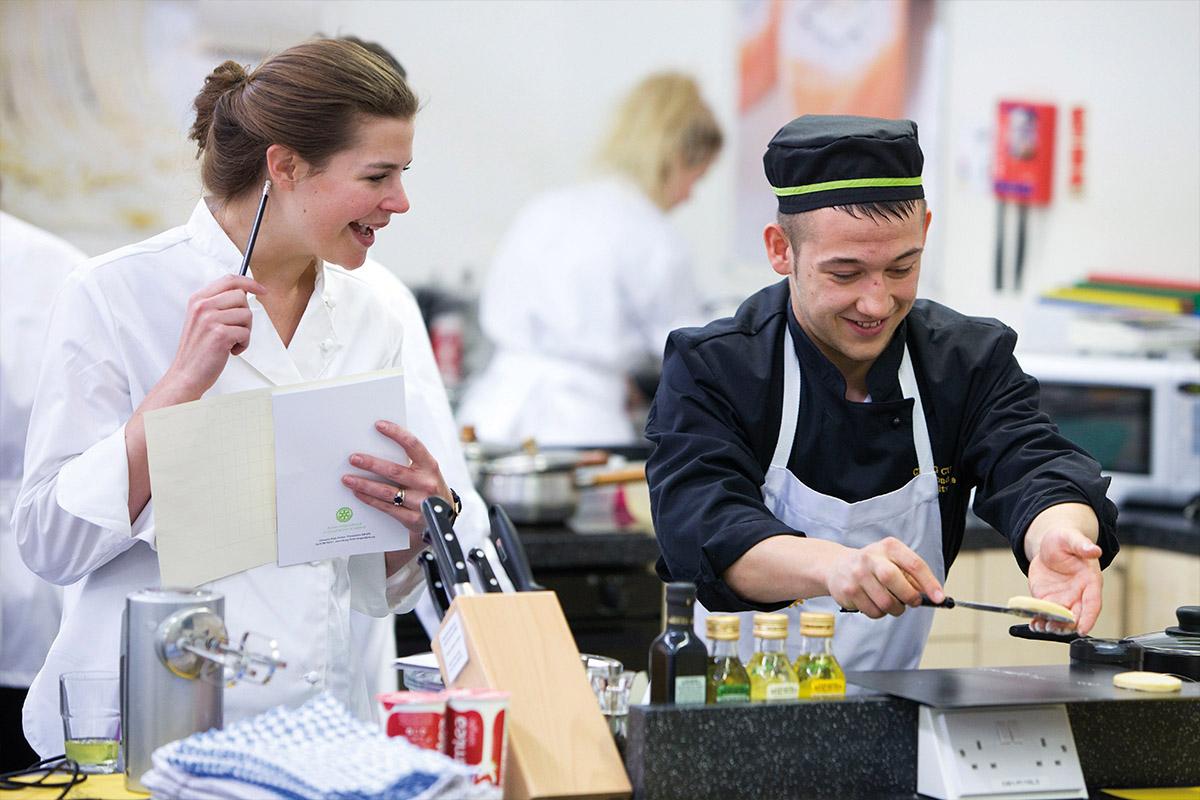 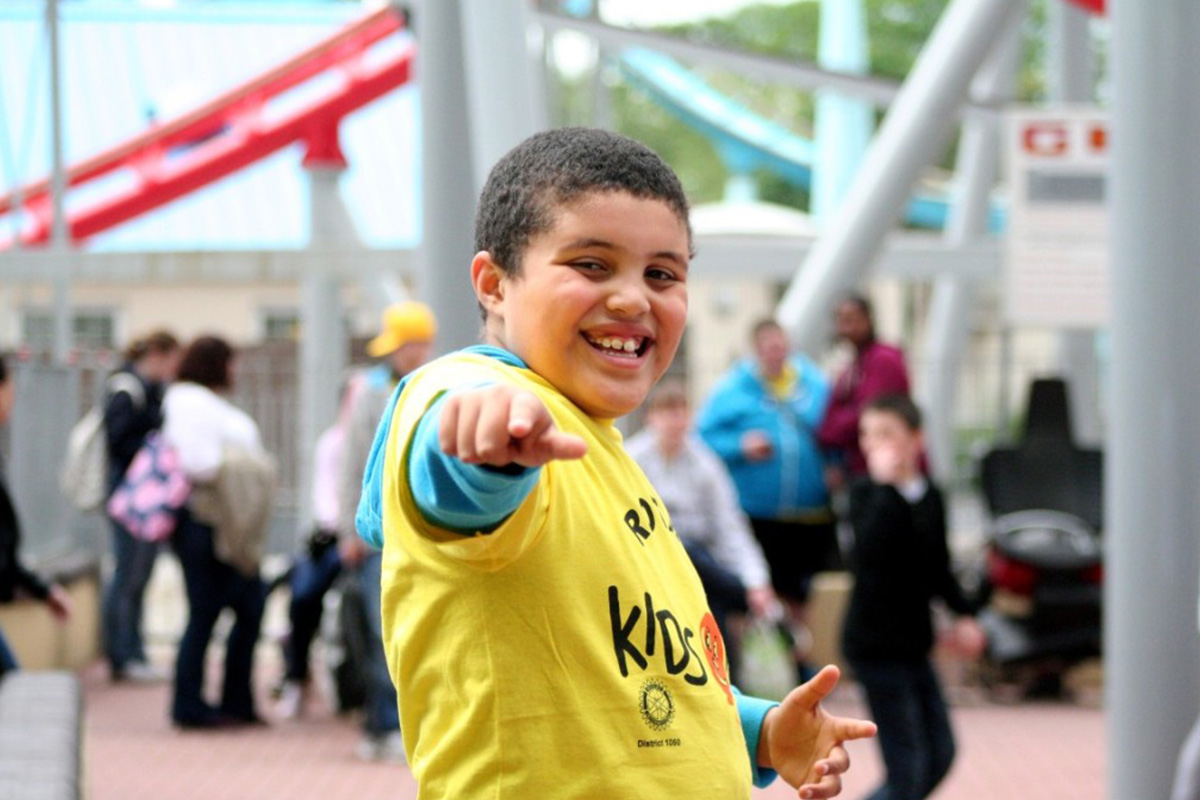 An old club with a young outlook

The Rotary Club of Yeovil was Chartered in July 1922 and was one of the first clubs to be formed in the United Kingdom.

Members represent a wide range of professions including teaching, the military, engineering, law, accountancy, journalism, farming, property development, photograpy, motor sport promotion, hospital consultants, accountancy and  financial services.The Club has nearly 40 members, both men and women, ranging from their 30s to their 80s. Weekly meetings are informal and the club has an excellent record of supporting its local community.

Social events are frequently held and partners, friends and family are encouraged to join in.

District Governor Michael Fernando is a member of the Yeovil Club and his Conference will be held at the Crowne Plaza Hotel, Plymouth from Friday 15th to Sunday 17th October 2021.  Anyone interested in attending the Conference will find a Registration Form using the following link https://www.hungryplanet.com/.

Several high profile International Speakers will be attending to speak on various topics. More information can be found on the "hungryplanet" website and further updates will be made in the months leading up to the Conference.

The Rotary Club of Yeovil/District 1200 Project
has Rebuilt a School in Helambu Province, Nepal

School in a Bag and Helambu Education Livelihood Partnership

THE SCHOOL HAS BEEN FORMALLY HANDED OVER TO THE LOCAL AUTHORITIES 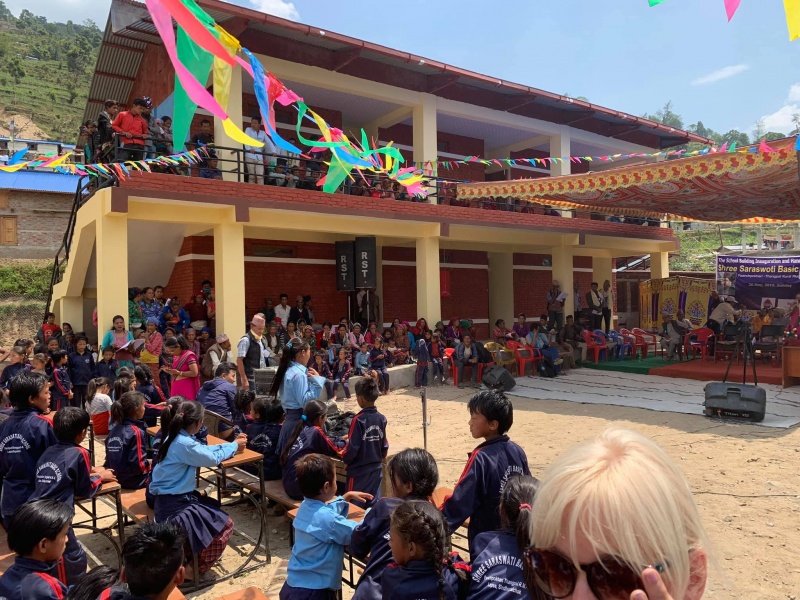 The New Shree Saraswoti School in the Sindhupalchok region in Nepal

The picture above shows the children, parents, local and national officials and members of the Rotary Cub of Yeovil at the formal hand over of the newly built school.  The Rotary Club of Yeovil, in conjunction with Rotary District 1200, had started a project to rebuild a school in Helambu Province, Nepal. The cost of the project was £64,000. The project was run by the Nepalese NGO, Helambu Education Livelihood Partnership (HELP) in association with School in a Bag (SIAB) (an initiative run by the UK registered charity, the Piers Simon Appeal) and the Mondo Challenge Foundation (MCF). Luke Simon, from the Rotary Club of Yeovil, is the founder and CEO of School in a Bag and the Piers Simon Appeal.  At the handover ceremony, each child was given his/her own 'School in a Bag' with Past President Michael Fernando and current President Caroline Ansell in attendance so see all the smiling faces - and not just those of the children!

The 24th October was the Rotary Foundation’s Purple4Polio day and during the preceding week Rotary clubs around the UK were supporting the initiative that was created to raise awareness and generate funds towards the campaign and its goal to achieve global eradication of this debilitating disease.

Locally, together with Yeo-Vale Rotary, our club helped the cause by selling purple Crocus corms – and even planting them too! On Friday 23rdOctober our intrepid team armed with trowels, spades and dibblers, visited Stanchester Academy where, together with staff and pupils, corms were planted at the front of the school. Then on Saturday, together with our friends from Yeo Vale, we were in action again planting more corms, this time - thanks to the cooperation of South Somerset District Council - along the path that leads from the car park to The Octagon Theatre.

Thanks to the support of West Coker Garden Club and East Coker Parish Council, further planting will be carried out in their respective villages.

As well as raising nearly £1000 for the Purple4Polio campaign, we hope that passers-by will enjoy the sight of over 8000 purple crocuses when they make their spectacular appearance in the Spring.

(Months with a fifth Tuesday, meet with partners and guests. For more information contact the Secretary on 01935 509583. Contact the Hotel at E: unwind@yeovilhotel.com ) Yeovil Court Hotel, West Coker Rd, Yeovil.