Welcome to Rotary Club of Littleport

What have the following organisations got in common?

Over the years they’ve all benefitted from funds raised by the Rotary Club of Littleport.

There are many more organisations in Littleport, the surrounding villages, nationally and internationally that have benefitted too.

Then look no further because we offer not only friendship and good food, but the chance to give something back to your community.

We get together every Thursday night at The Anchor, Little Downham, to listen to usually interesting visiting speakers, maybe organise our next fund raising event or simply chew the cud. Formalities are kept to a minimum in an effort to ensure a fun evening but with an underlying goal of helping those less fortunate than we are.

With almost three quarters of our members either running their own businesses or in employment the evening is usually lively with humour at the forefront of the night – we try and enjoy life but know when we have to get our heads down and do what we do well, raising money for others.

Want to find out more?

Then click on the membership link at the bottom of the page, or look up our Facebook Group: 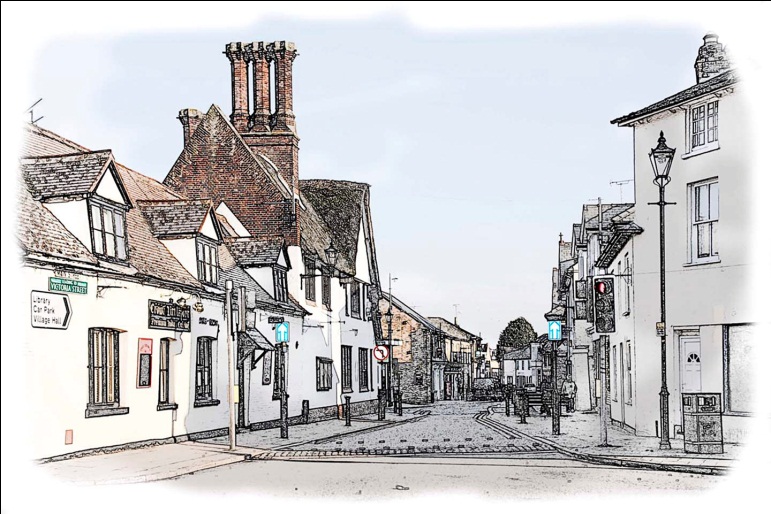 Littleport is the largest village by area in East Cambridgeshire, within the Isle of Ely, Cambridgeshire.  It lies about 6 miles (10 km) north-east of Ely and 6 miles (10 km) south -east of Welney, on the Bedford Level South section of the River Great Ouse, close to Burnt Fen and Mare Fen.

The Old English name of the village is Litelport and the village was worth 17,000 eels a year to the Abbots of Ely in 1086.

The legendary founder of Littleport was King Canute.  A fisherman gave the king shelter one night after drunken monks had denied him hospitality.  After punishing the monks, the king made his host the mayor of a newly founded village.

Littleport was the site of the Littleport Riots of 1816 after war-weary veterans from the Battle of Waterloo  had returned home, only to find that they could get no work and the grain proices had gone up.  They took to the streets and smashed shops and other buildings until troops were brought in. Five men were ultimately hanged for their parts in the riots, and they are commemorated on a plaque on the south wall of the west tower of St Mary's Church, Ely (picture by John McCullough [CC BY 3.0 (https://creativecommons.org/licenses/by/3.0)]: 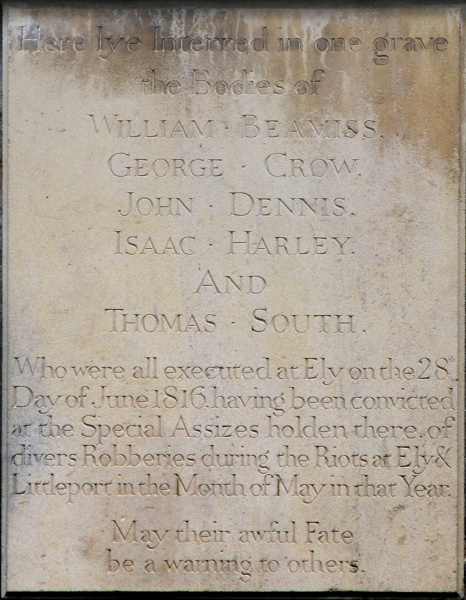 The Littleport riots of 1816 were a factor in Parliament passing the Vagrancy Act of 1824, and were commemorated by the Rotary Club of Littleport on 2016 on the 200th anniversary, including over £2000 raised for good causes following a sponsored walk from Littleport to Ely, retracing the steps of the rioters.

In 2003 a Harley-Davidson statue was unveiled in Littleport to commemorate the centenary of the motorcycle company. William Harley, father of the company's co-founder William Sylvester Harley, had been born in Victoria Street, Littleport, in 1835 and emigrated to the United States in 1859. 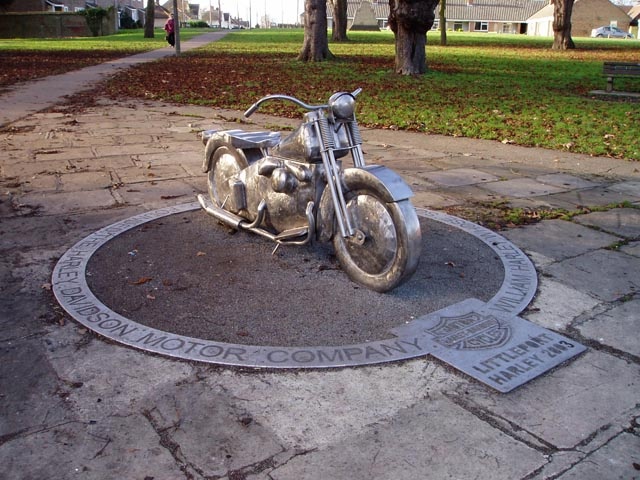 To find out more about Rotary and Littleport follow the links on the "Links to other sites" page. Get the Rotary Club of Littleport app!