ShelterBox Founder and Rotarian Tom Henderson has seen first hand how ShelterBox tents are providing shelter to families who have lost everything in Haiti. 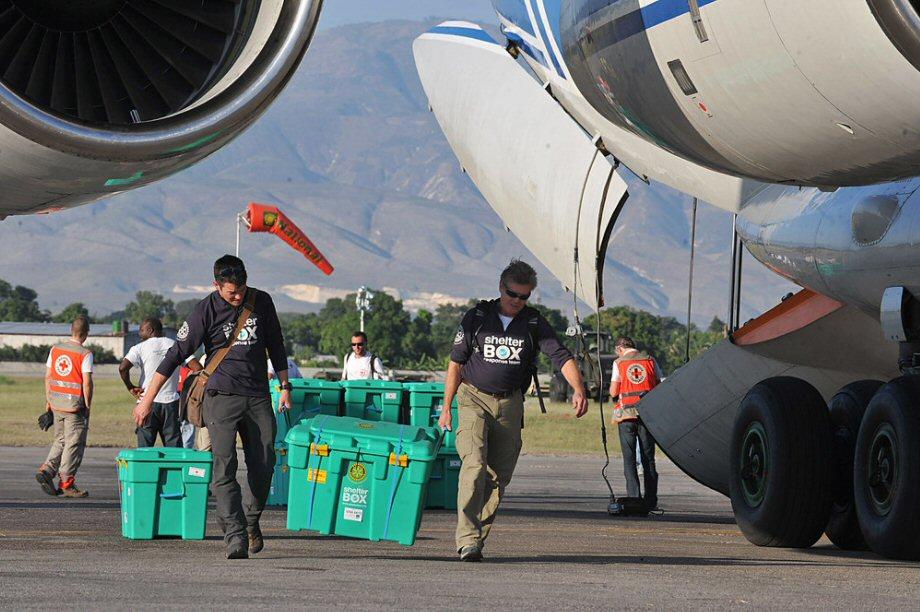 The charity's CEO is in Port au Prince where 10,000 ShelterBox tents have been distributed to those left homeless in the tragedy, with thousands more tents on the way.

Tom has been undertaking a field assessment of ShelterBox's operations in Haiti and meeting partner agencies who have provided support during one of the largest deployments in the charity's history. He is joined by ShelterBox's International Training Academy Manager Ben Spurway (UK) and ShelterBox Response Team member David Eby (US), one of the first aid workers to arrive in Port au Prince following the earthquake on January 12.

'This trip has enabled us to stage a detailed evaluation of the crucial work being undertaken by our response team volunteers operating in the field', Tom said. 'We have had teams on the ground in Port au Prince since the earthquake struck and we have distributed more than 10,000 tents and life-saving supplies to those most in need, with thousands more tents committed to Haiti.

'With an estimated one million Haitians still living without adequate shelter in heavy rains and the hurricane season soon approaching, there is certainly no let up in the need for emergency shelter.'

ShelterBox Response Team members on the ground say the disaster relief tents they are distributing are vital in the continued aid effort.

SRT member Phil Duloy (UK), said: 'I met a family of three in Delmas staying in a shelter made of sticks lashed together with shoelaces, covered by bed sheets and walled with old cardboard boxes. They were very happy to move into a ShelterBox tent.'

SRT member Jens Pagotto (NZ) added: 'The need here is still desperately unfulfilled. Our tents and family kits are in high demand. The co-operation and co-ordination between different agencies is very strong and the number of different projects we'll be working on over the next few weeks is growing all the time.

'With sometimes two or three families living in one tent, the only questions we are asked are when and how many more tents we can provide. The need shows no signs of letting up, and it's obvious that our involvement here is still as important as it was five or six weeks ago.

'Only the other day I met a boy, less than three years old, who was found left in a dumpster. He is now making a full recovery at the Miami University Field Hospital and I was told last night that there was a chance that an adoptive family or place at an orphanage was being arranged.'

Jens, who has been on numerous ShelterBox deployments, said there was a huge pressure for emergency shelter in Haiti.

'I have never seen such an acute need as there is here,' he said.

Rachel Pitot from the charity Partners With Haiti who have worked with ShelterBox in Port au Prince, said: 'It was amazing to see pregnant women going from being in the back of an old box truck with no cover to being in a ShelterBox tent safe and dry with their new baby. Many of the babies were born only hours after receiving the box!

'Thank you again for allowing us to distribute such amazing gifts to our Haitian brothers and sisters.'