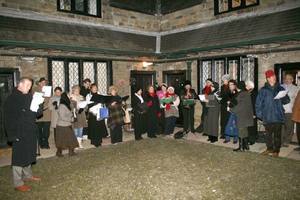 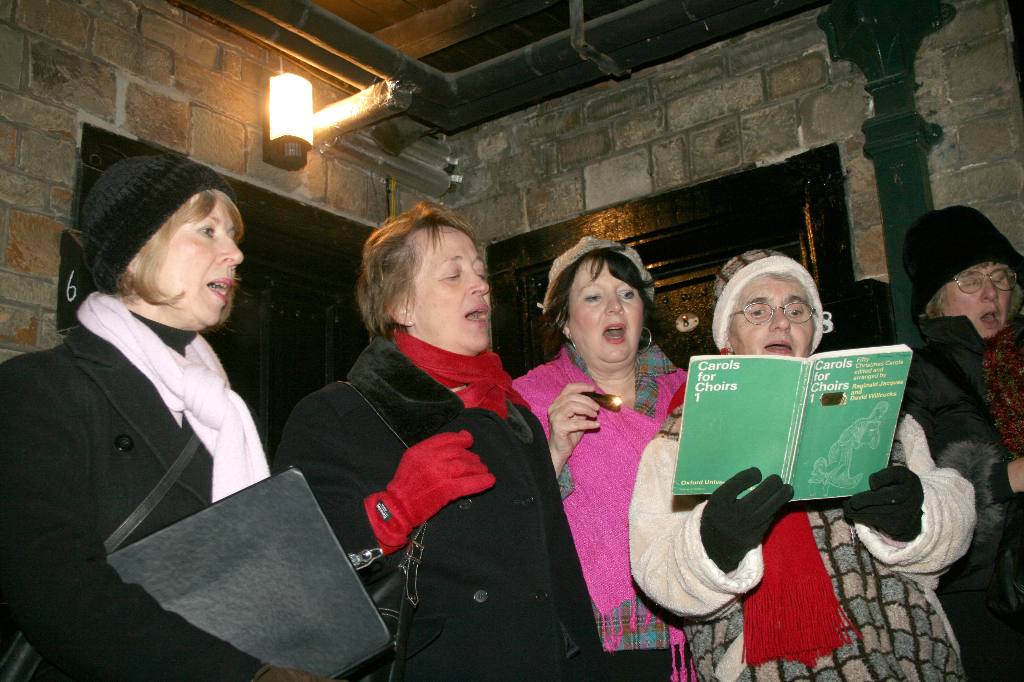 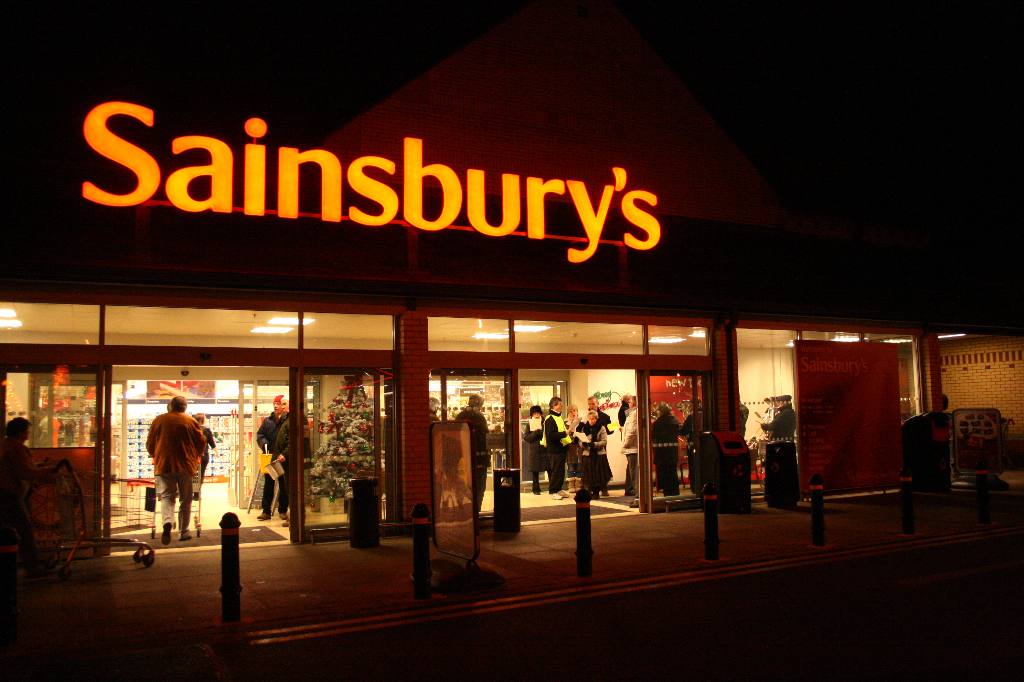 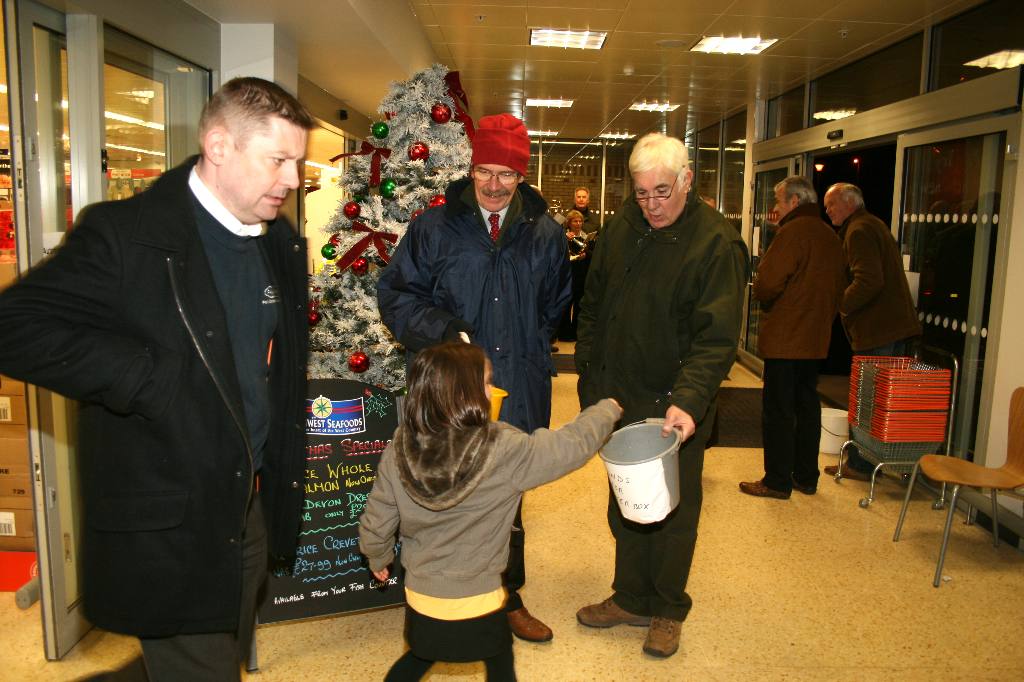 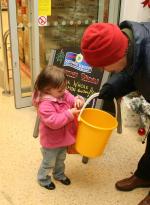 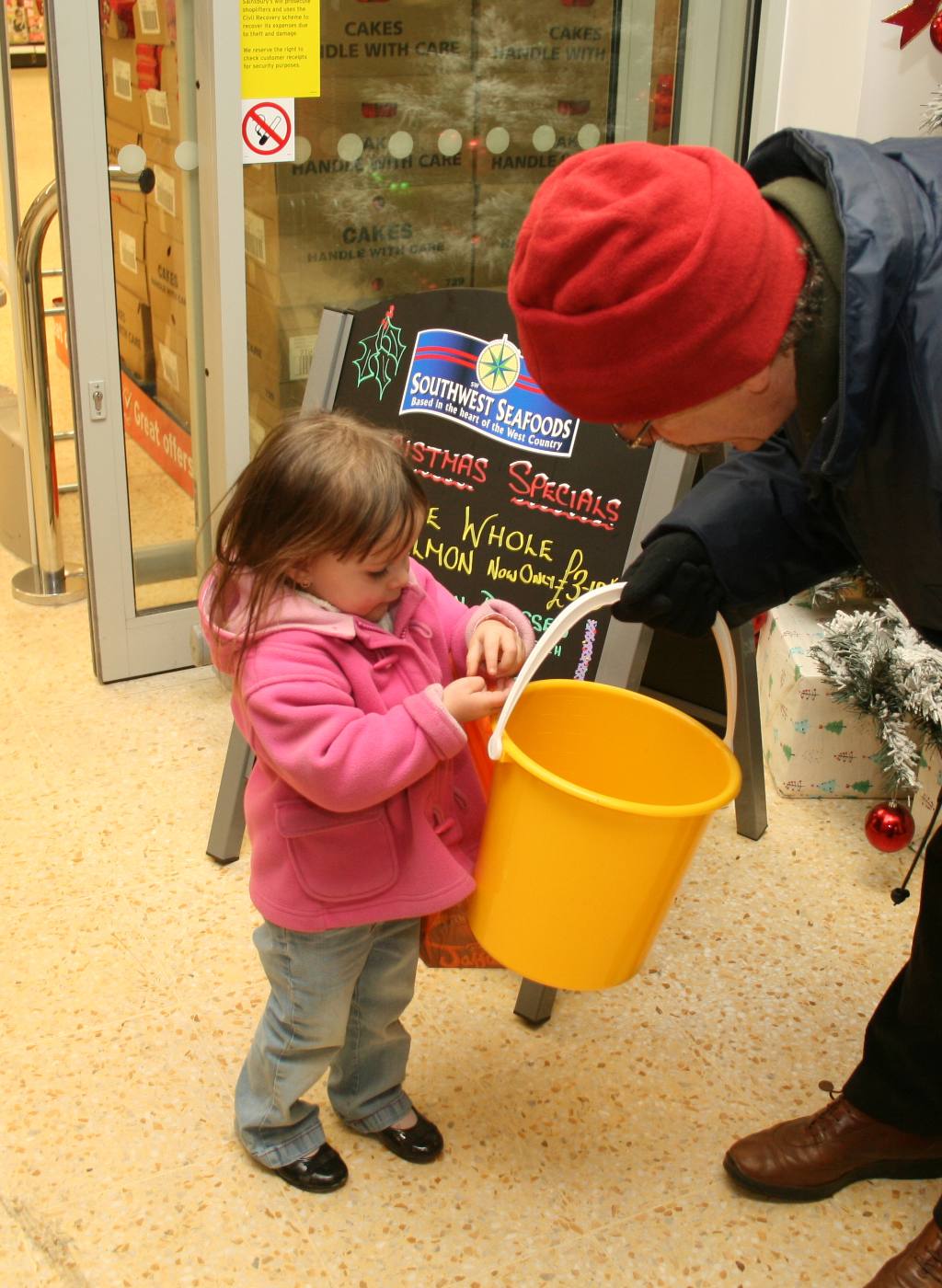 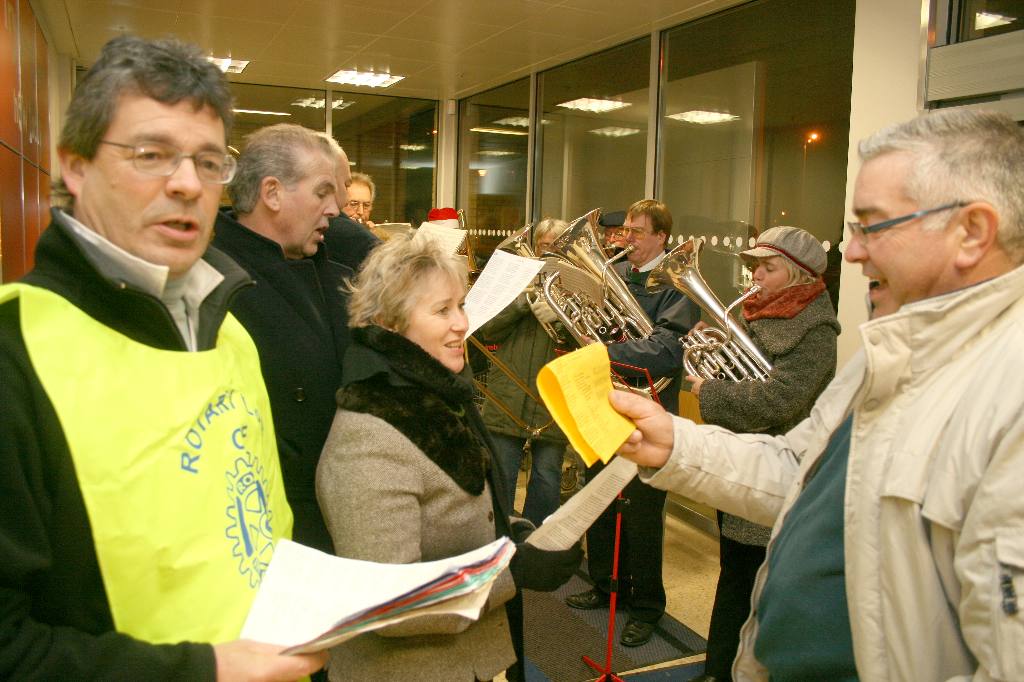 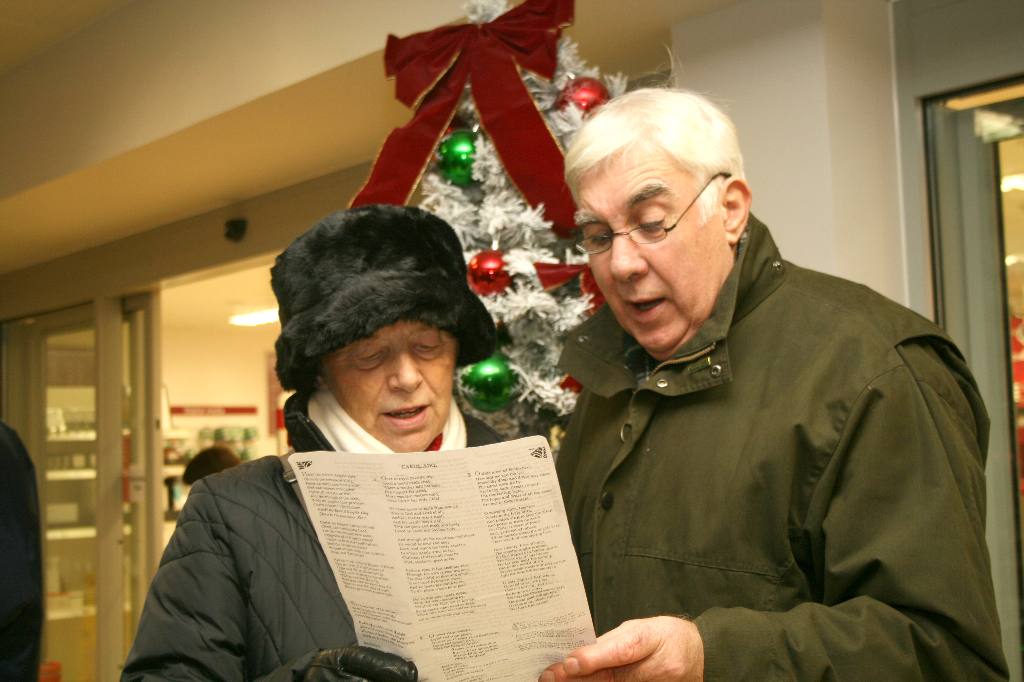 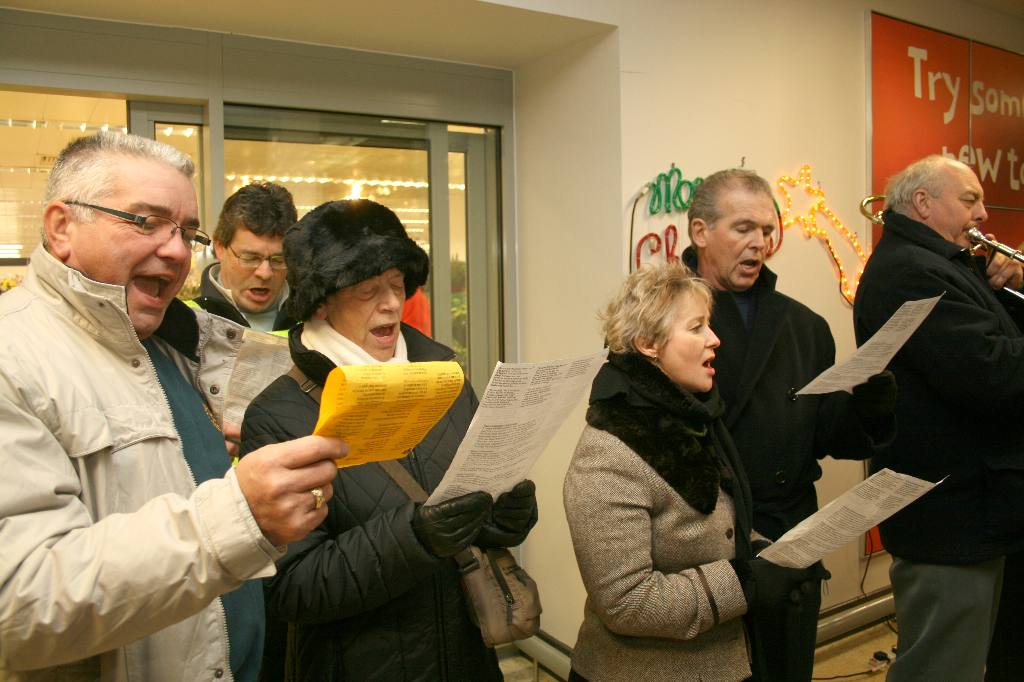 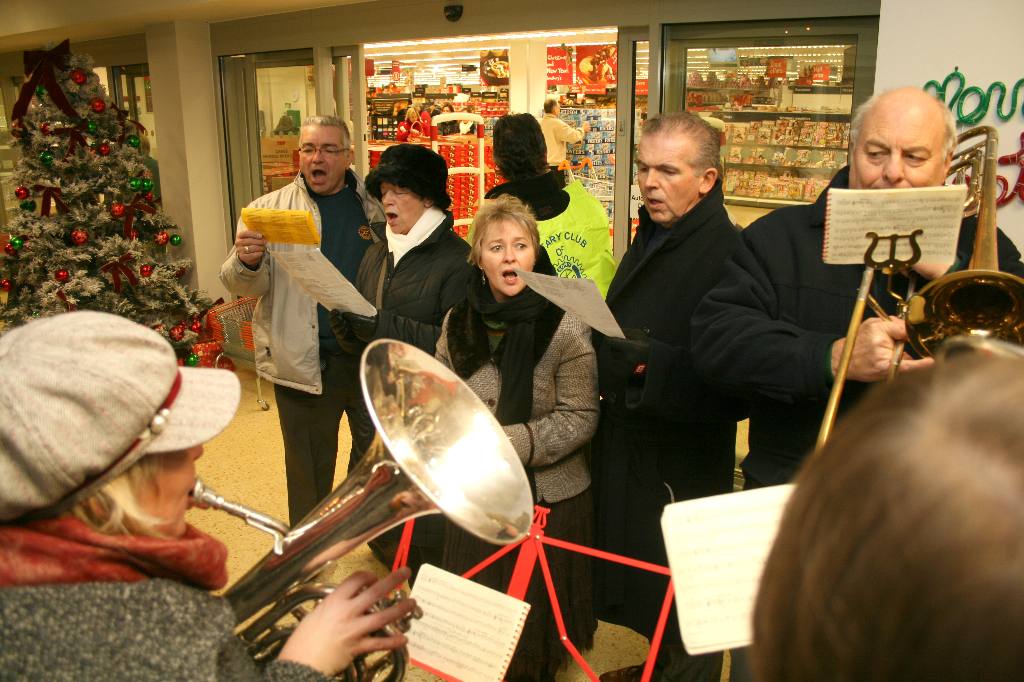 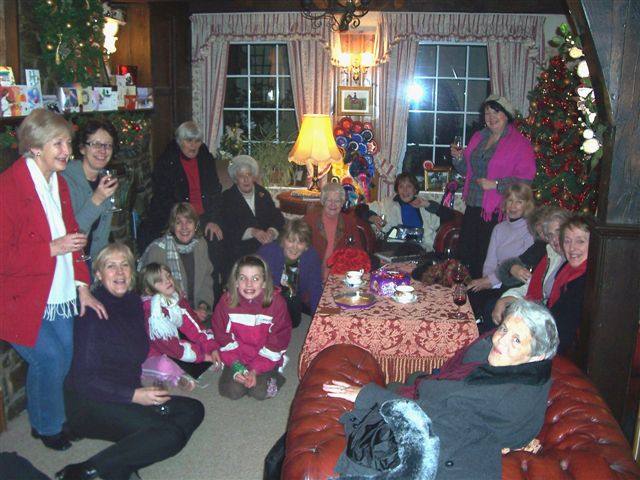 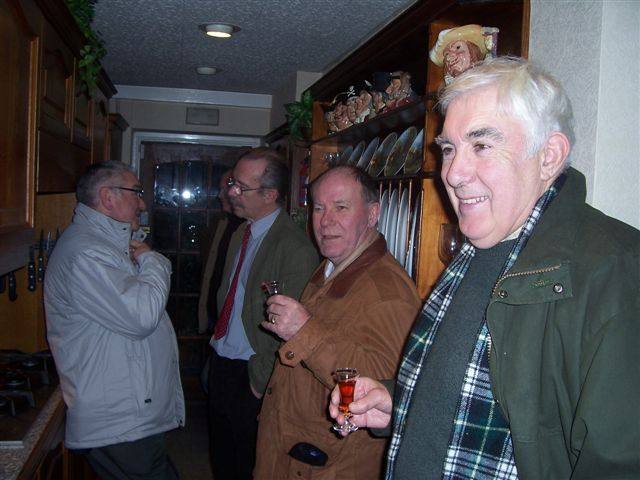 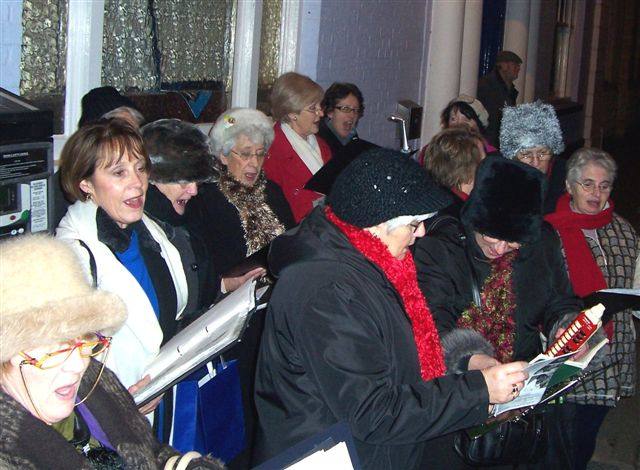 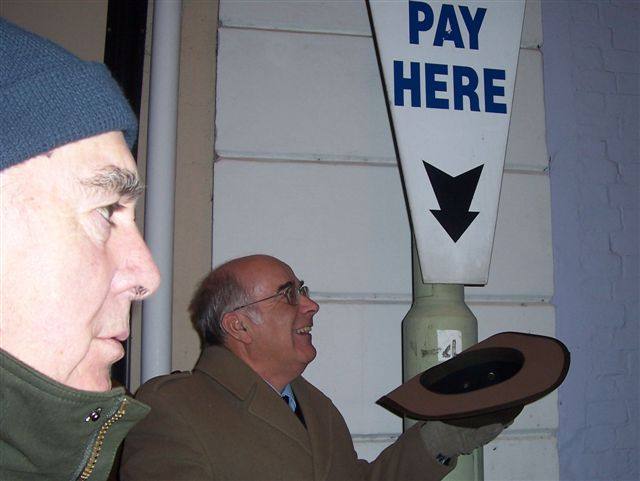 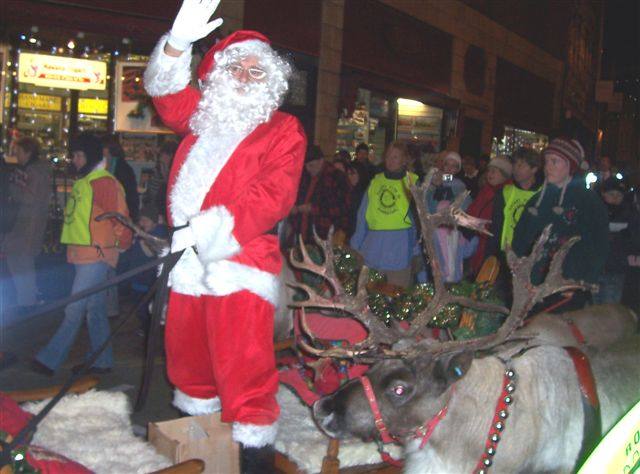 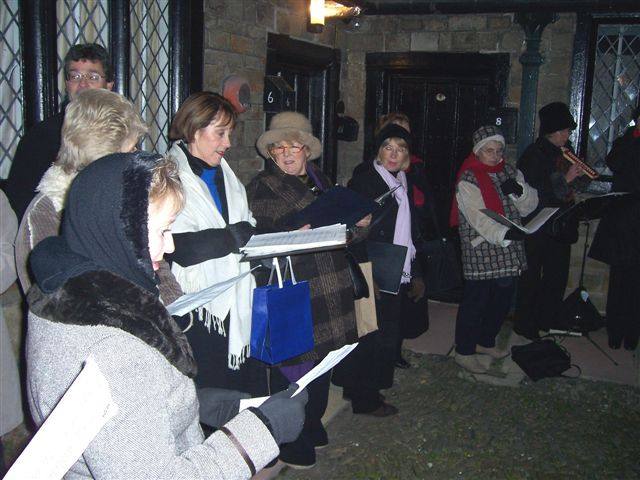 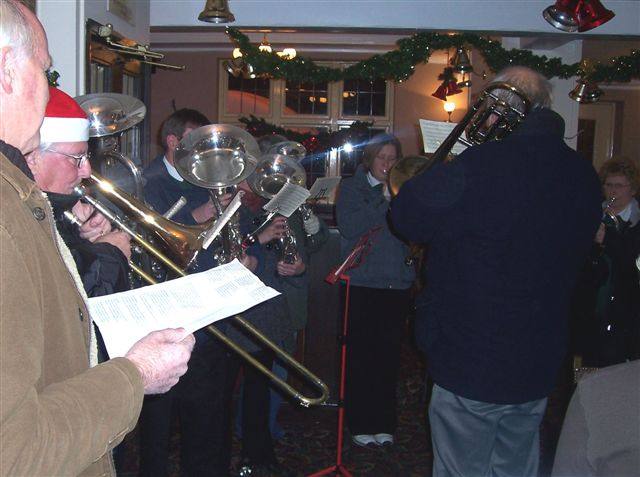 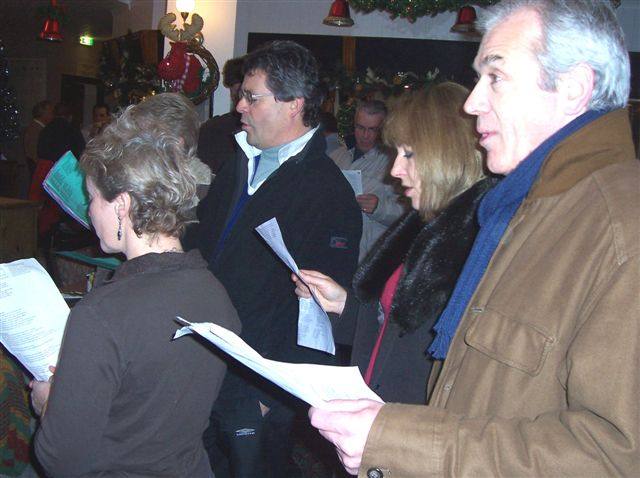 Barnstaple Link's carol singers chose a really frosty night to join forces with the Barnstaple Ladies Choir and Appledore Town Band to entertain the public at a variety of venues. Meeting for a warming mulled wine at President Grahame's house we all performed to the crowds waiting for the start of the Reindeer Parade. Then on to the Penrose Alms House in Litchdon Street, a truly Dickensian setting for our ensemble to sing to the appreciative residents. Leaving the Ladies Choir to enjoy mince pies it was off to the Wrey Arms where the Link carollers met up with the Appledore Band. With song sheets handed round the drinkers were quick to join in with our carols and our collecting bucket was soon rattling with the sound of coins. On to Sainsburys where the shoppers were more than happy to sing along with us and part with the remnants of their shopping money! Our final venue was The Bar at Instow where the Band took up positions around a warming fire and Rotarians Richard Smith and Eddie Dymond unfortunately got themselves ejected from the restaurant (to much amusement!) for hassling diners with their collecting box! Anyway it was a super evening and well done to all concerned, particulary Bill Pratt (newly elected as President Nominee for 2010/11) who, with wife Christine transported us around in their minibuses. The emphasis of the evening had been to add some festive spirit around the area with our carolling but we were delighted to find that we'd raised over £170 in donations - what a super night!