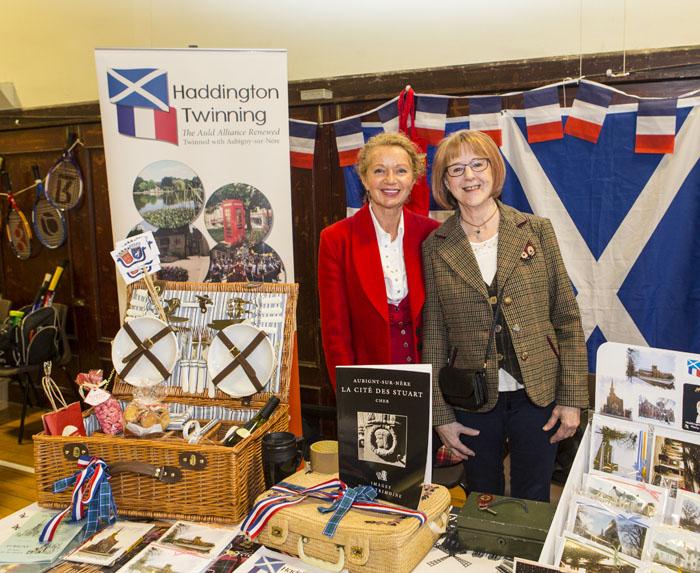 The Rotary Club of Wrexham Erddig is twinned with the Rotary Club of Granville, New York. Visit the club's website at www.granvillerotaryclub.org and check out the weekly Newsletter page to find out more about the current activities of the club.

The twinning goes back to a meeting held on 28th September 2006 at Erddig Hall to mark the start of this special relationship with the Rotary Club of Granville, New York. Wrexham Erddig Rotary Club President Trefor Roberts welcomed the guests who included Mike Pepper the District 1180 International Chairman and Steve Williams from the Rotary Club of Granville. David Morris gave an address on behalf of the clubs international committee after which there was a signing of a twinning declaration. To close the evening Gareth Williams from the Rotary Club of Wrexham Yale gave a talk entitled "Elihu Yale: World Traveller". The event was used as an opportunity for a group photograph on the steps of Erddig  Hall. The initial connection with the North American club was through Rtn Richard Boyle who had been a member and president of the club whilst working in the slate industry in the Granville area. The photo below shows the signing of the twinning declaration. Pictured below, left to right, are David Morris, Trefor Roberts, Steve Williams and Richard Boyle. The Rotary Club of Granville was chartered in 1924 and has a current membership of 25. The Town of Granville is located in north-eastern New York State and is one of 17 towns in Washington County. The eastern edge of the town sits on the border of Vermont and is bordered on the south by Hebron, to the west by Fort Ann and Hartford and to the north by Whitehall and Hampton. A town of 52 square miles was formed out of land patents given to officers of the French and Indian War. The first settlers wanted to join Vermont but opted to become a part of New York later on. The first community meetings were held in 1781 with the first town officers elected in 1787. The major river that flows through the town is the Mettawee and furnished waterpower for the early settlers. The river flows south to north emptying out into Lake Champlain. Early residents were farmers and trappers giving way to the early settlement of Middle Granville where industry used waterpower to run carding mills, a tanning factory and gristmill. A range of slate deposits exists throughout the town but mostly just over the border in Vermont. Brick making and slate production soon took over as the major industries with agriculture as the mainstay.

Today, the town centre is the Village of Granville. Along with the slate industry Granville has a furniture manufacturer, a sealant factory and several smaller businesses. The area outside the village consists of West Granville, Middle Granville, South and North Granville, all of which are unincorporated hamlets. The population of the town is around 6 thousand with many of the residents commuting to work in the larger cities. The village supports two museums, The Slate Valley Museum and the Pember Museum of Natural History. The town supports the Granville Central School District which serves the surrounding towns as well as rural Vermont.

Still viewed as a rural town it is attracting many urban people who are changing the landscape as well as the business climate. 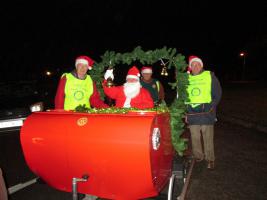 Details of Rotary's Christmas Float to be added soon!