Plans for the year:

Charity Golf Match
This project is our main fund raiser of the year to provide funds for other Committees within the Rotary Club of Bradford Blaize who require funds for specific projects and also for “general” charitable purposes.
The last Blaize Annual Golf Classic (28th Holding) was at Ilkley Golf Club on 19th June 2019 – and we raise over £5,000 for charitable purposes – mostly used locally. The current year’s Golf tournament is on hold till the current uncertainty over social distancing clears.

In addition to the funds raised by the Golf Tournament other projects/events  are :
1. Peter Meredith is looking at a number of small fun things to do that would each raise a small
amount of money.
2. Atif is looking to have a Charity Dinner with the aim of raising £2,000. Funds would be shared
between two charities - Marie Curie Hospice in Bradford and some other charity from within the local
South East Asian community. 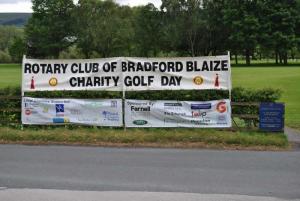 more The tournament was held again at Ilkley Golf Club and Blaize raised Â£6,350 which makes a total of Â£157,180 raised for charity over the years. 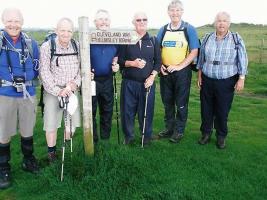 Sponsored Walk in Aid of Marie Curie Hospice and Other Charities

more R. Allan organised a long distance sponsored walk around the Cleveland Way. The main thrust of the walk was to raise money for Marie Curie Bradford Hospice but they raised more money than expected so some will go to other causes.