There is no separate fundraising committee but that does not mean the club is no longer raising money for good causes. On the contrary, in recent months Chelmsford has distributed donations to more local organisations than ever before as we'll as continuing to support international projects.

On 16 November 2019 we held a quiz that we had arranged to raise funds for President Francis’s chosen charity, Families InFocus (Essex). This took place at the Writtle Sports & Social Club. Most of the work was done by member and Past President Anne Moriaty and Francis’s wife, Jackie. Francis was one of the markers.

There were 11 tables of quizzers. All of them seemed to enjoy the evening, which raised £680.

We thank Anne’s husband, Steve, for being such an excellent quiz master and Anne herself for her hard work behind the scenes before, during and after the quiz. We hope we will be able to hold another fund-raising quiz for a local charity in the spring using the same model as for this event, where we concentrated on providing the quiz while leaving the charity to organise teams, prizes, raffle, etc. 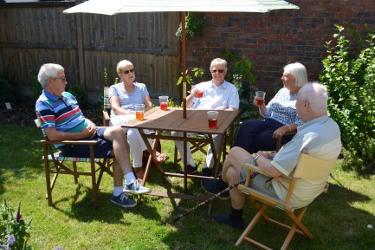 The final social event of President Anne’s year was a strawberry tea on Saturday, 22 June 2019, in aid of Porridge and Pens. The weather was warm and sunny and we were able to sit out in the garden. Club members were joined by John and Anthea Tilsley from the Rotary Club of Chelmsford Mildmay and Cindy Smalldridge and Jemma and Steve Williams from the Rotary Satellite Club of Chelmsford City. We raised £162.50 including gift aid and President Anne presented a cheque to Jemma at the following satellite club meeting.

Read the Club Chronicle for reports on our latest meeting and other past events. (Latest update: 17 November 2022) 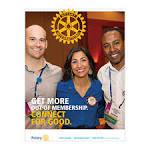 We meet regularly to enjoy fellowship over a meal.

Our Environment Committee seeks to help protect our environment 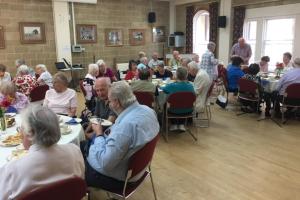 This committee organises all our youth activities