Club Young Musician of the Year 2018

On July 1st 2018 we hosted 4 very talented Young Musicians who each played for 20 minutes.

The excellent Adjudicator was Ian Wilson from Eton College and Guildhall School of Music.

First place went to Annie and second place to Leoni and oth will be offered the chance to compete in the Rotary District 1145 Final fo the Young Musician Competition in February 2019. 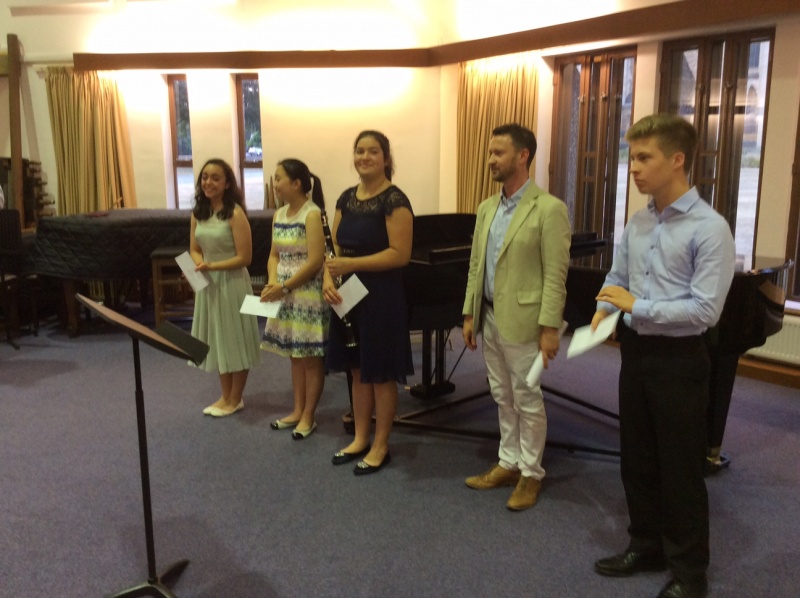 Many will remember that Eyra Norman was supported by the Club through the heats for Rotary Young Musician of the Year and went on to win the National Final , Vocalist, in May 2017.

Eyra is still only 17 and is just finishing her time at Godalming College, but has been a pupil at the Royal College of Music Junior Depertment.  They recently promoted 2 concerts in which Eyra featured - the first in the Elgar Room of the Albert Hall and the second in the Wigmore Hall.

Eyra starts at the Royal College of Music in September having been awrded a full Scholarship. 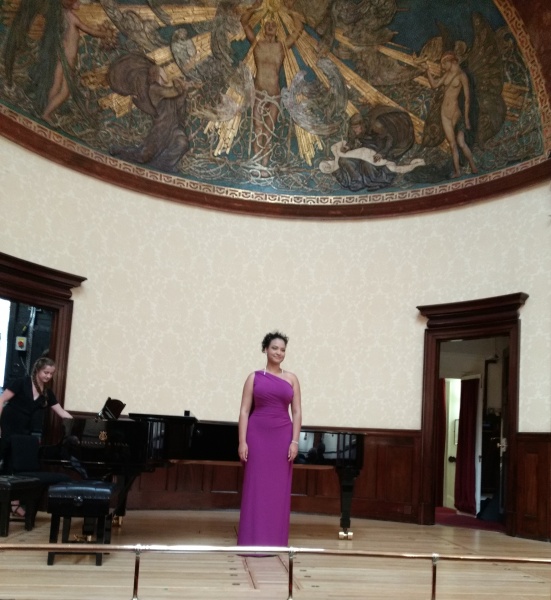 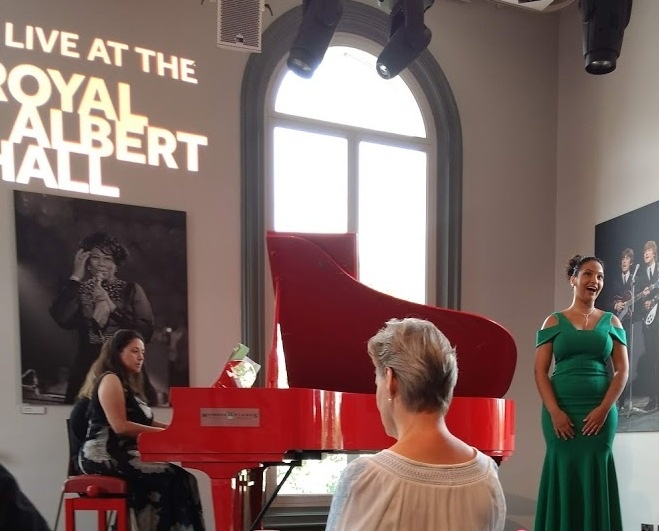 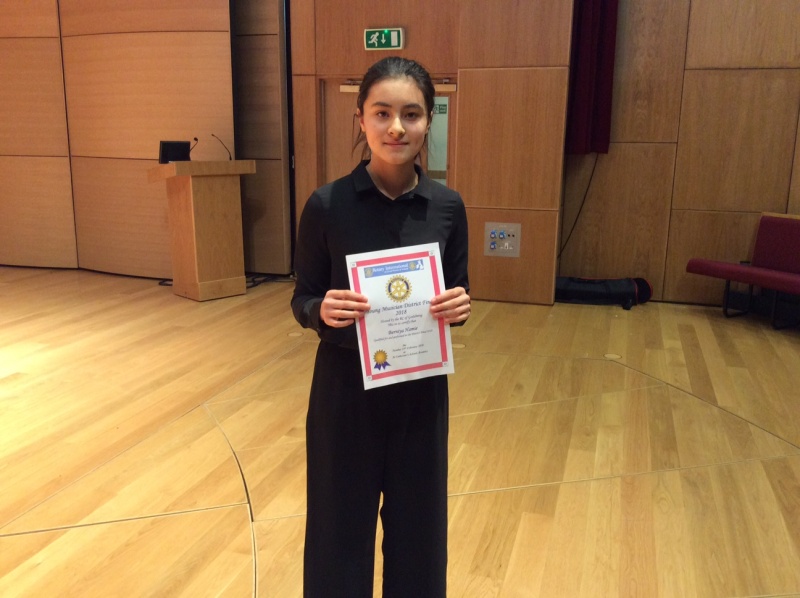 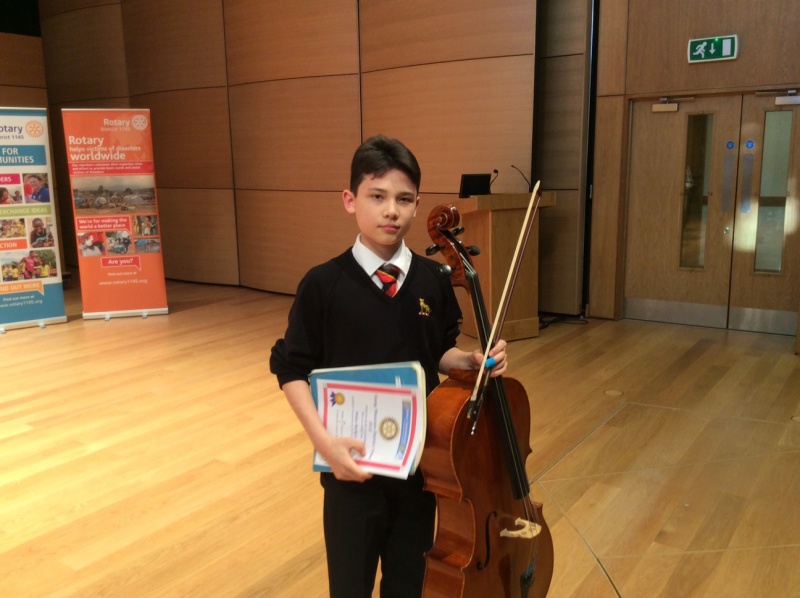 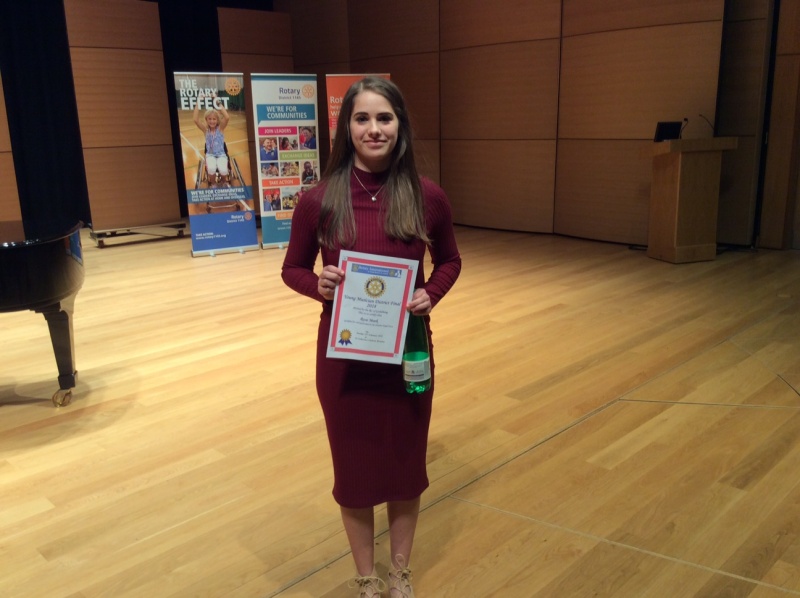 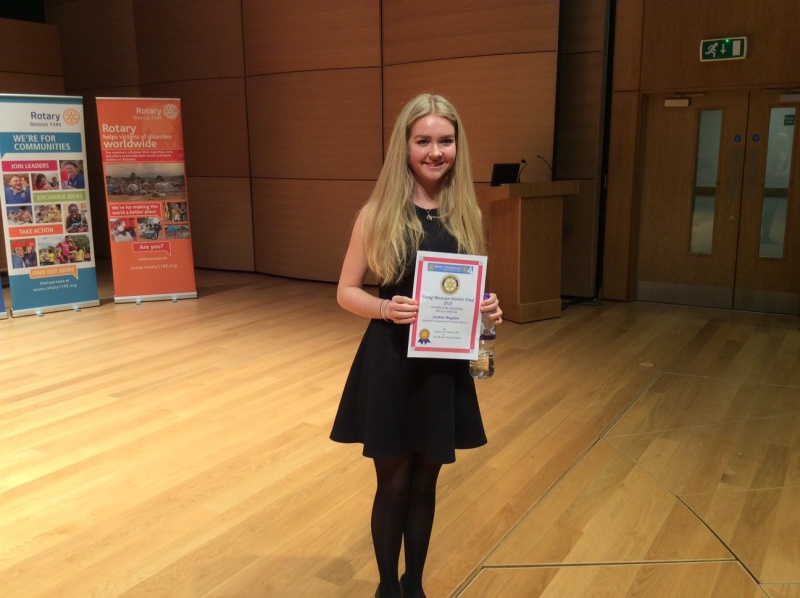 wins through to the District Final

Well done to the Godalming College team, who entered via the Cranleigh Club competition They have been chosen to go through to the next round in early March,  They will come to our Club Lunch Meeting on 13th March so that we can all hear them, and hopefully celebrate another win ! 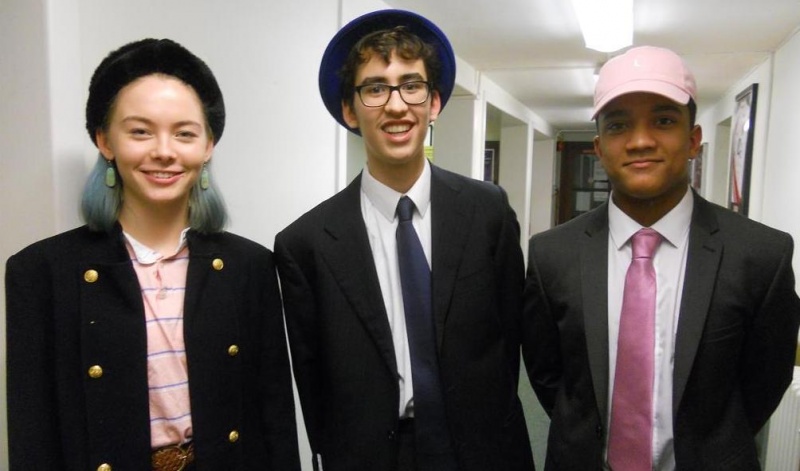 Delighted that St Catherine's School in Bramley again hosted the Club competition.  Well done to Stefanie Liu and Emily thonpson who will compete again in the District semi final in Febru\ru 2018. Delicious food from all competitors - their ability to feed themselves well in the future is well assured! 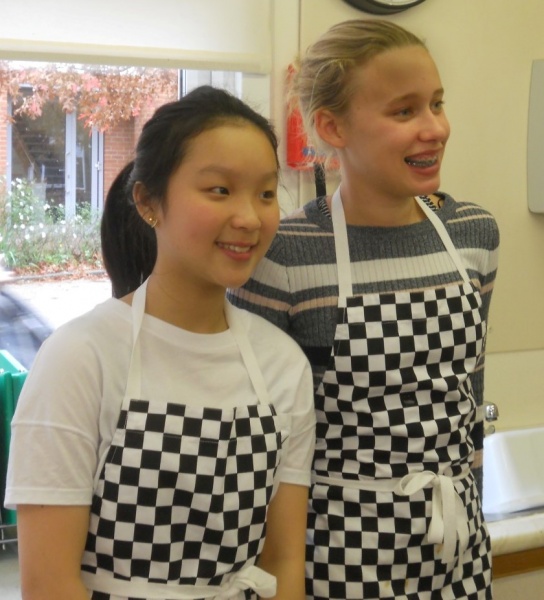 The Club held its annual Young Musician of the Year competition at Charterhouse , in the RVW room, by kind permission of the School. An appreciative audience of around 50 poeple heard some outstanding playing on clarinet, piano, trombone and viola. Clem Pickering on viola was the winner and Chung Sze Kwok (piano) was placed second. Both will go forward to the next District round. Other participants were Leoni Pickering (Clarinet) and Felix Rockhill (trombone). The comments of the adjudicator, Pamela Lidaiard, Deputy Head of Keyboard Studies at Guildhall School of Music and Drama, were very helpful both to the players and the audience. 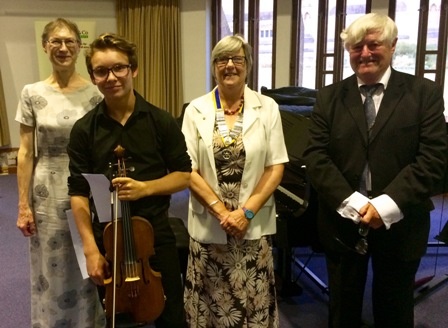 Rotary Young Musician of the Year Competition
Cardiff  6th May 2017

On Saturday 6th May 2017,  Rotary in Great Britain and Ireland, hosted the National Final of the Young Musician Competition 2017. This competition is held every year to encourage young musicians under the age of 18 from the whole of the UK.  This year Eyra Norman, age just 16, and  sponsored by the Rotary Club of Godalming,  won the Young Vocalist category.

The Chair of the Adjudicators in his summing up, commented  on the need for performances to be not only musically and technically correct but also should be able to engage the audience. This Eyra definitely did. There was huge audience appreciation at the end of her performance .  Her first song, ‘Du meines herzens kronelein’,  showed a full understanding of Richard Strauss’ song whilst fulfilling the tricky technical needs.  This was followed by a dramatic rendition of Britten’s  ‘Wild with Passion’ and her final piece was the popular aria from Die Fledermaus , known as the “laughing song” Mein Herr Marquis. It was impossible not to be infected by the humour  that Eyra conveyed and her final top D was sensational. A truly engaging performance all round, and wonderfully accompanied by Haslemere resident, Philippa Topham.

We held our Club Competition in June and the winner will go through to the District Final in February 2017,  together with young singer Eyra Norman. The Youth Committee along with the Community Service Committee are supporting one of our local primary schools by helping with reading in the school. A Rotarian goes into the school every day for an hour to listen to the children read. This has proved very popular with both the children and the Rotarians and we are told by the school that the standard of reading is improving dramatically.