Rotary Foundation is Rotary's own charity that is funded by donations from the Clubs and individual members who choose to donate on a regular basis.

The Foundation's greatest global success has been the End Polio Now campaign that has over the last 25 years virtually eradicated Polio from all bar two countries. Rotary's funding of immunisation programmes has had a global impact. This impact has been enhanced by the matching of funds from The Bill Gates Foundation to the tune of many millions of dollars.

Here in the Langport & Somerton communities residents will have seen purple crocusses flowering during March. This recognises the challenges faced by Polio around the globe. 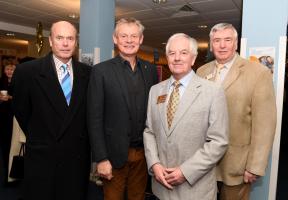